Last saturday, while driving over a mild bump, my C5 has shown "ESP fault" on the console. I got home with no further issues.

The day after, I started the car again and there were no issues, thus I went with it and started driving. 2km from home, after I drove over the railroad(10kmph), "ESP faulty" error popped up again, followed by "Break faulty", "Engine Faulty" and plethora of others. I returned to home straight away and turned off the car. After that I didn't manage to turn it on again, even though Ive tried multiple times(nothing happened when I tried to turn the engine on, there were multiple beeps when I gave the contact). Car got into an economy mode quite fast that day. Even when I called mechanic with the power booster, we couldn't start it. Thus I towed it to the car electric.

After inspection, car electrician said that errors are coming from the BSI unit and that BSI unit itself has to be replaced. Now, ive checked the parts market and there are dozens of used BSI's but I am not sure if they will fit or whether they can be changed so easily?

I am working in IT with computers and servers thus versioning and complexity behind it is quite familiar to me, but I know nothing about the cars sadly...

EDIT: I forgot to mention, this issue happened to me 2 and a half months ago as well, right after I bought the car, but I've managed to turn on the car from like 20-th try and I drove it to the mechanic, he said that it was not a mechanical issue and that I should go to the car electric, thus he erased the errors(without my knowledge) so I would not have an issue with ignition, but of course, when I went to the electrician he said there were no errors for him to work with thus I continued to drive the car, waiting for the issue to happen again.
Top

First off im not sure if you are aware or not but if you fit a used BSI from a different car the car will not start unless you also replace the engine ECU & a working transponder chip all from the same car? Also if the used BSi has more kilometers on it your car will inherit the higher kilometres.
What makes them think the BSI is faulty? BSI failures are actually quite rare.
Top

Electrician said he tested minor modules(ABS, ESP ... etc) first and that main source of error seems to be the BSI in the end. But as I said, I have almost no knowledge on cars, so I couldn't discuss this in more details with him last time we spoke. I started educating myself on this topic yesterday.
Top

Who is the manufacturer of your BSI?
I have checked quite a few variations of the MK2 C5 & there only appears to be one part number for the BSI no matter which engine you enter suggesting that all the MK2 BSI's are the same?
Dont try to use on from a MK 3 (2008 onwards) as they are different.
Top

It appears to be Johnson Controls . 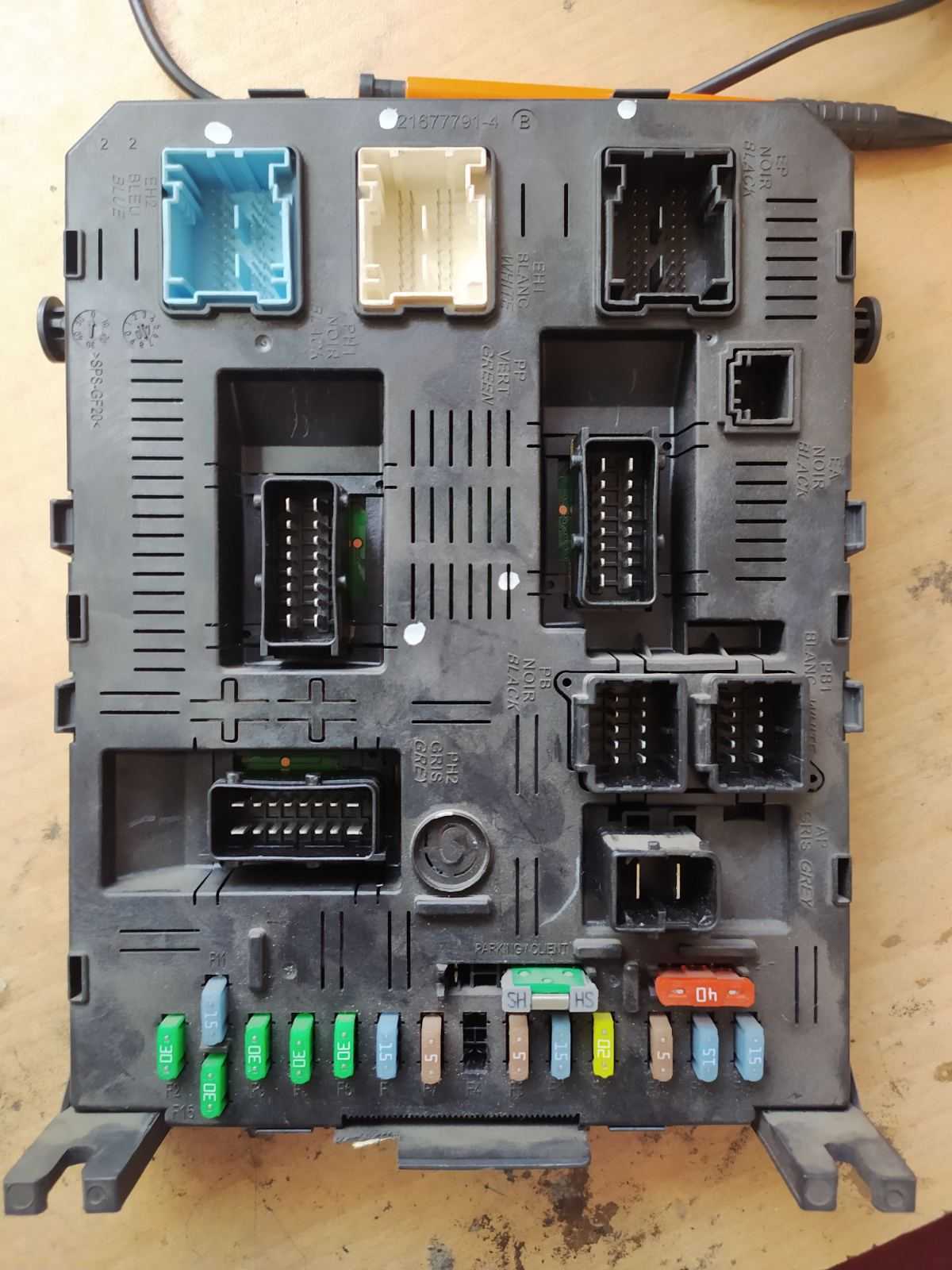 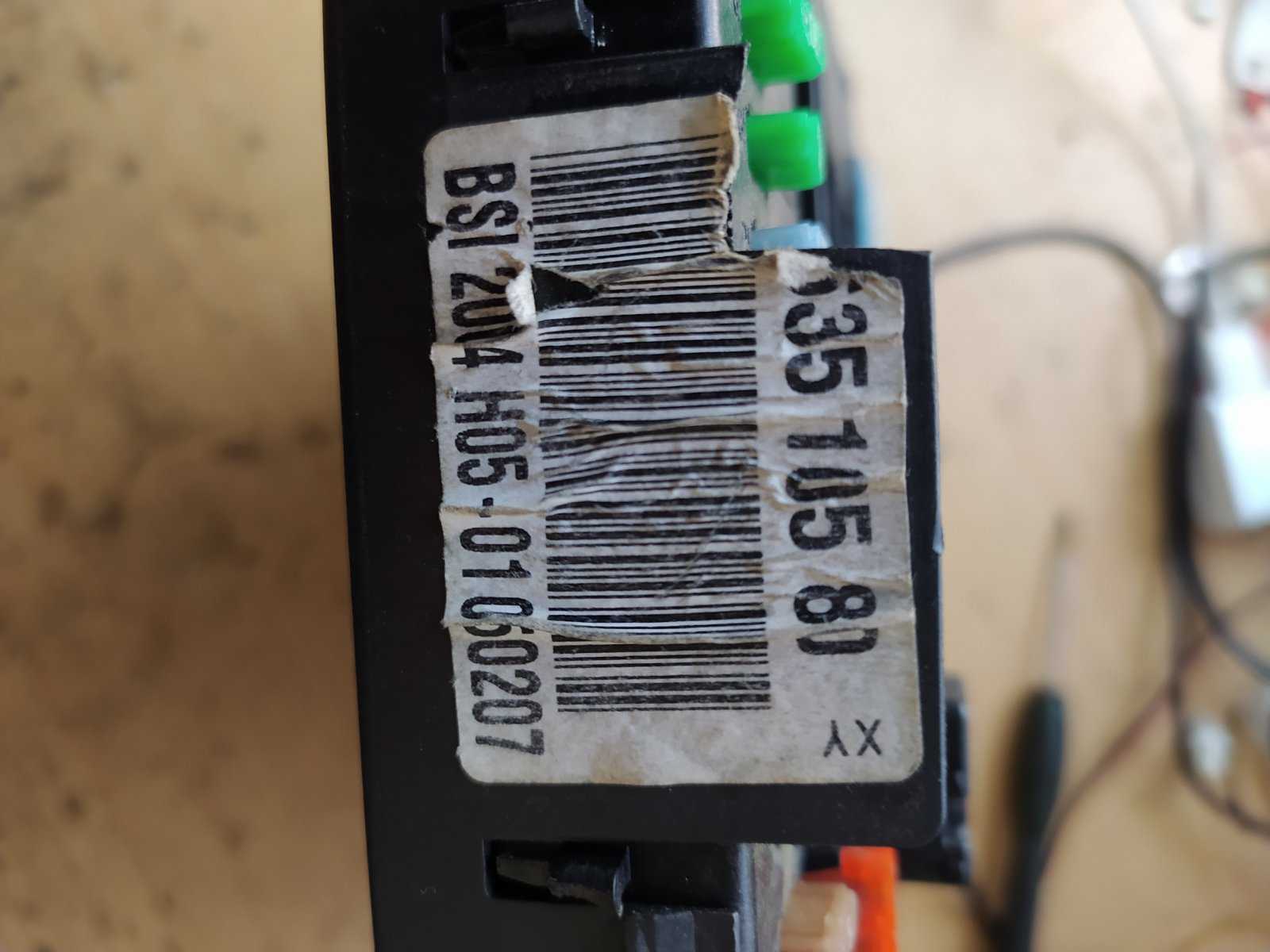 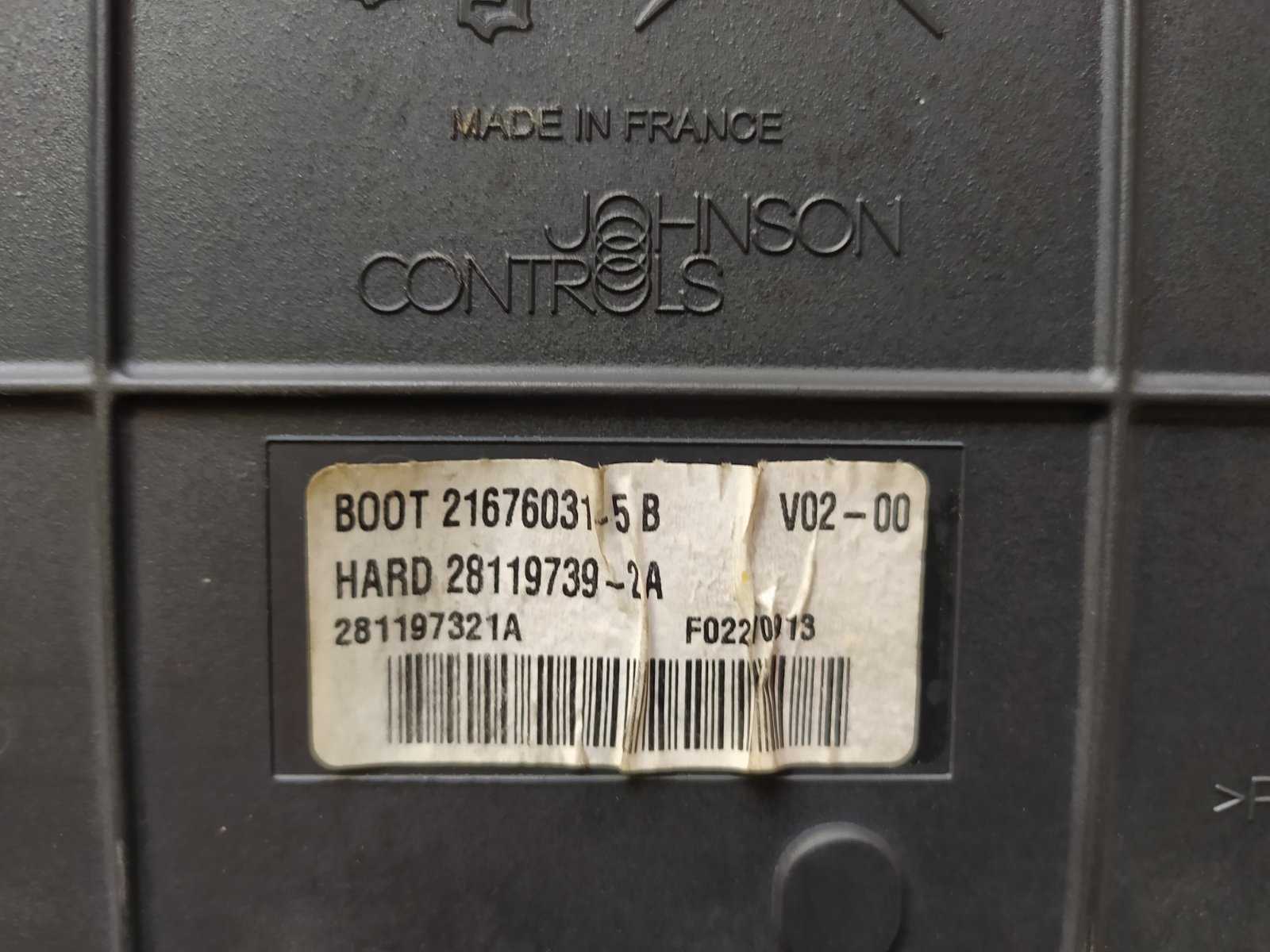 I'd be checking the BSM first.
Top

Those are photos of a BSM (fusebox) not a BSI aren't they?
Top

Nope, Definitely the BSI in the pics above.
Top

There's certainly a lot of variation in what BSIs look like! I can only compare it with the BSI from our 308. All metal enclosure and no fuses.
Top

Ive never seen a PSA BSI thats metal or without fuses. Do you have a picture of one?
Top

I think I may be even more confused than usual. This is an engine ECU, not a BSI, isn't it.

Problem was solved. Although, first replacement BSI which Ive bought didnt work(it was from Peugeot 307 even though serial number was the same like my old BSI, thus hydraulics and remote locking didnt work correctly) , second BSI which was from different series but same model H05-01 worked without issues.
Top
Messages: 14 • Page 1 of 1