1 The London Electricity Board. The administrative County of London and parts of Essex, Kent, Middlesex and Surrey.

2 The South Eastern Electricity Board. Parts of Kent, Middlesex, Surrey and Sussex.

3 The Southern Electricity Board. Berkshire, Hampshire, the Isle of Wight, Wiltshire and parts of Buckinghamshire, Dorsetshire, Gloucestershire, Middlesex, Oxfordshire, Somersetshire, Surrey and Sussex.

4 The South Western Electricity Board. Cornwall (including the Isles of Scilly), Devonshire and parts of Dorsetshire, Gloucestershire (including Bristol) and Somersetshire.

5 The Eastern Electricity Board. Cambridgeshire, Hertfordshire, Huntingdonshire, the Isle of Ely, Norfolk, Suffolk and parts of Bedfordshire, Buckinghamshire, Essex, Middlesex, Oxfordshire and the Soke of Peterborough.

6 The East Midlands Electricity Board. Leicestershire, Northamptonshire, Rutland and parts of Bedfordshire, Buckinghamshire, Derbyshire, Lincolnshire, Nottinghamshire, the Soke of Peterborough, Staffordshire and Warwickshire.

7 The Midlands Electricity Board. Herefordshire, Worcestershire and parts of Gloucestershire, Oxfordshire, Shropshire, Staffordshire and Warwickshire (including Birmingham).

10 The Yorkshire Electricity Board. Parts of Derbyshire, Lincolnshire, Nottinghamshire and of the East and West Ridings of Yorkshire.

11 The North Eastern Electricity Board. Durham, Northumberland, the North Riding of Yorkshire and parts of the East and West Ridings of Yorkshire (including York).

12 The North Western Electricity Board. Cumberland, Westmorland and parts of Cheshire, Derbyshire, Lancashire (including Manchester) and of the West Riding of Yorkshire.

11 The North Eastern Electricity Board. Durham, Northumberland, the North Riding of Yorkshire and parts of the East and West Ridings of Yorkshire (including York).

Yes and I have to start off with the good old NEEB. Very characteristic Logo and Orange Liveried Vehicles 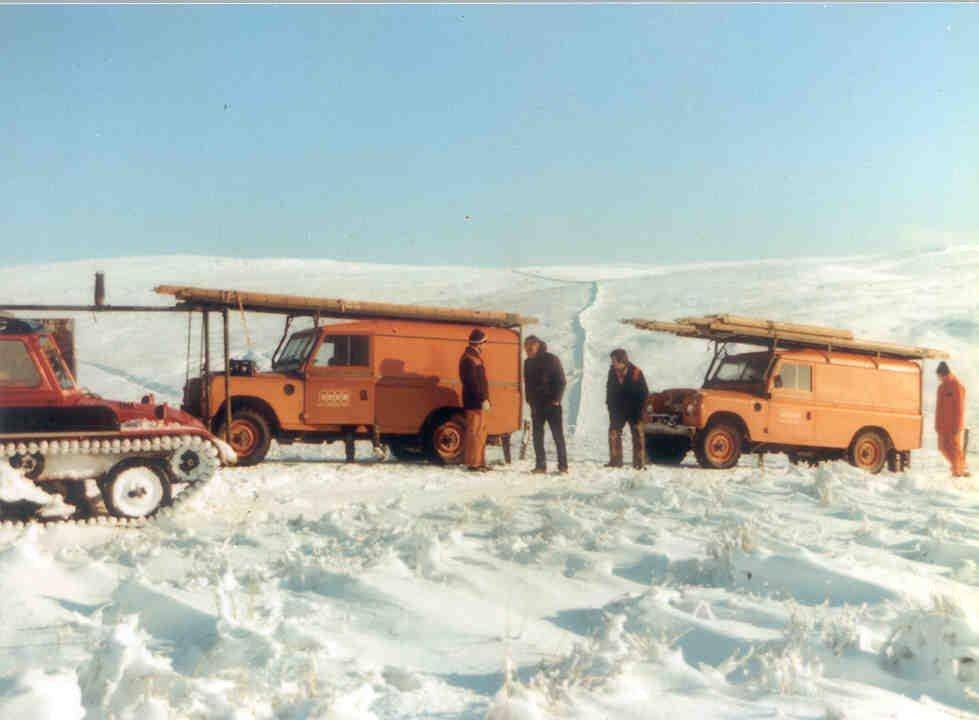 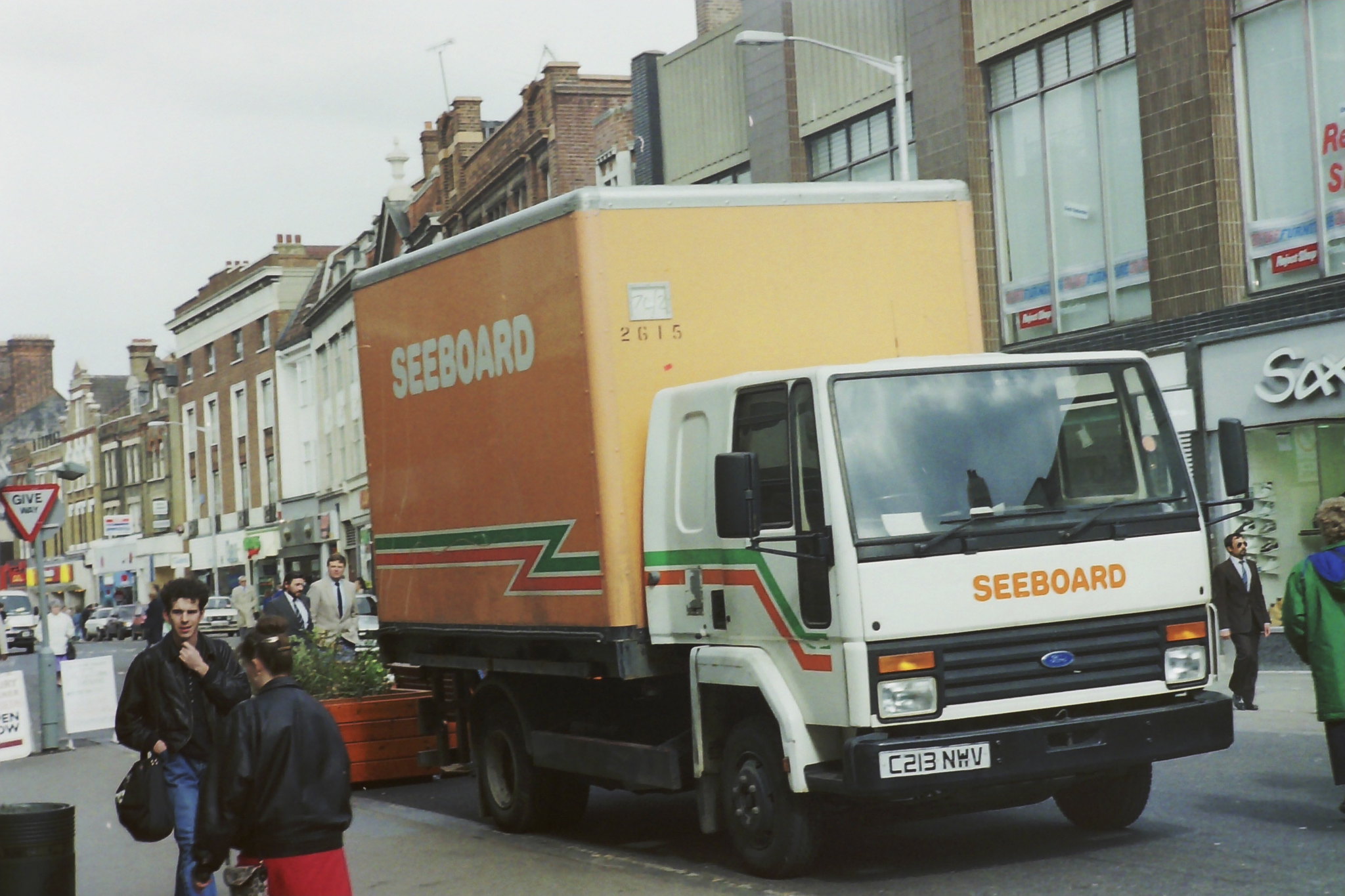 Have to say this site I discovered after putting in a few of the Area Electricity boards, fills in many of the blanks with some excellent pics.

Internet searches for pics tend to find the many collected on the site. So have a look if you are interested in your own old area electricity board old vehicles.

and one more example of the pics 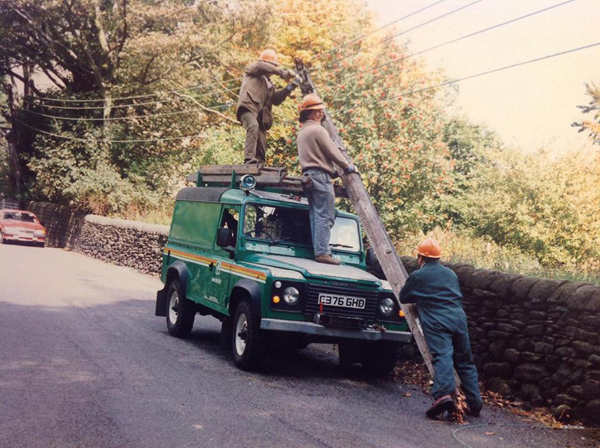 Somewhat astonished to see this was used by the Southern 'leccy Board.... 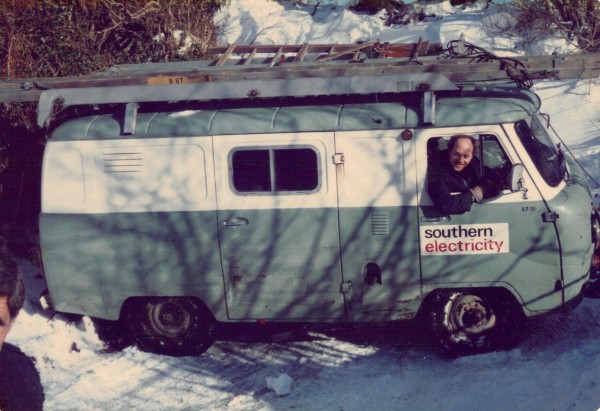 And in Watford we had the good old Eastern Electricity Board:

Not a liveried vehicle, and not the song by Dollar

The Videotex...... ermmm 'thing' used for "interactive selling at the point of sale". SEEBOARD were busy installing 170 Teleputer terminals along with a couple of R2830 Telecentres

All you never wanted to know about their Videotex marketing bumpf can be found here:
http://www.aldricharchive.com/downloads ... 20sale.pdf
Top

In military guise here, it didn't enjoy a great reputation

A bit of a diversion, and certainly not to everyone's interest, but a 21 minute long film about the aftermath of the '87 storm down here in the south and how SEEBOARD enlisted the help from just about every other electricity board in the country. Nice shots of all the various companies vans, Land Rovers, and lorries parked up on Brighton seafront in the mornings before deployment to their allocated areas.

^^^ Interesting video with plenty of AEB vehicles. Nice bit with the two Irish guys simultaneously climbing the pole with their special "crampons", and dedicated at the end to two workers who came to help from other boards, a reminder of the dangers they faced from the aftermath of the hurricane itself.

This video here is a delightful watch, its in colour and shot with a cine camera, with the associated nostaglic background noise. It takes some time to get to the point but I very much enjoyed the whole thing. Its about bringing electricity to Widecombe in Devon

PS and here's a screenshot of one of SWEB's vans, I think they went a bit more jazzy and orange like NEEB in later years.

Came across this while looking for a decent pic of a NEEB orange Van.

Now this lot extended their influence even to Milton Keynes

, and important enough to make it into the world of nostalgic die-cast models. 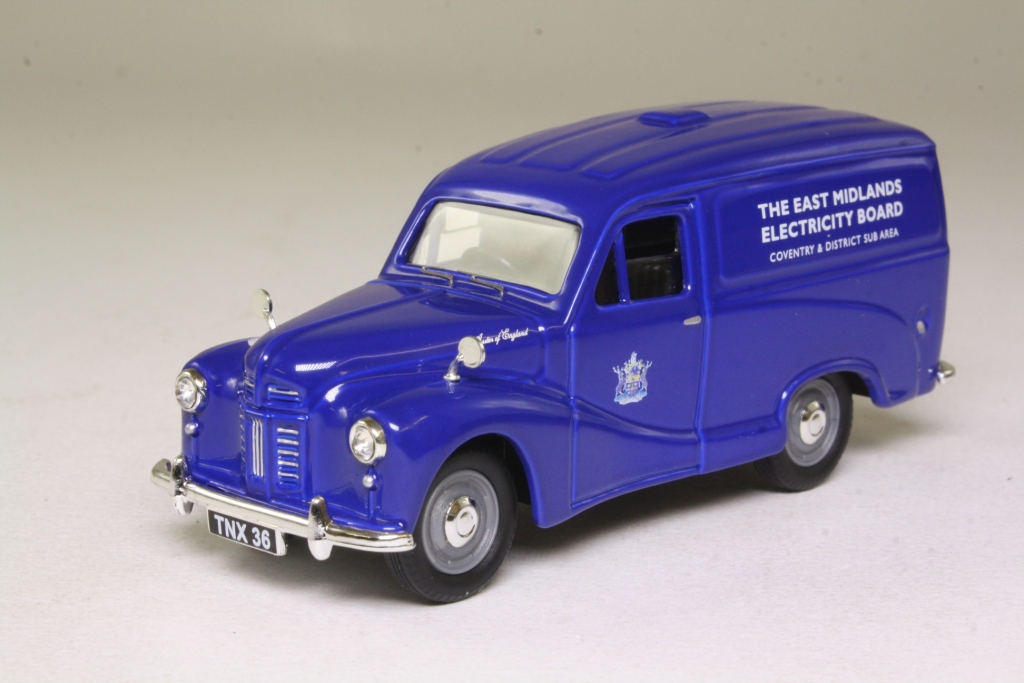 the old and the new

Other vans making it to diecast, and an electricity inspector who bought his work van at auction.

Yes its a five minute read Daily Mail Story from 2010...nice pics of the van though in its Midlands Electricity Board livery of cream on top, a red band, and green below...

Yes its a five minute read Daily Mail Story from 2010...nice pics of the van though in its Midlands Electricity Board livery of cream on top, a red band, and green below...


Just can't bear to be apart: The ex-meter inspector who still drives his 1968 work van