So my C5 estate has had a horrible squeak and through a 3rd party warranty it ended up having new discs pads and calliper to fix the squeak. All this didn't work and the squeak came back, finally the warranty company authorised the radius bearing done (£208.89) on the 16th December, they showed me the old bearing and basically just a shell of what it was so it was defective. Since then the car has ran like a dream until yesterday, the squeak came back slightly, and is now getting worse back to how it originally was.

Any ideas of what's either caused the bearing to go again in less than 900 miles/could it have been installed wrong?

Simple answer, yes it can be installed incorrectly or with the incorrect parts.....would that trash it in 900 mile, again yes it could.
Needs inspecting and claiming for the work to be re-done (IF that is the source of the squeak)

Same side ? were Both done ?
Top

Understood, it is going in on Monday. But forewarned is forearmed so just wanted to know if it is tricky to install/easy to break.

Only drivers side was done. And yes it is the same side.
Top

This'll be an interesting one!
Top

Hopefully not too interesting or it'll be getting traded in as I've fallen out with the car now. I knew I should have went for the grey 04 VTRs estate will 30k rather than the exclusive with 75k
Top

OK - fingers crossed - I just meant it will be interesting to see what the outcome is and where the liability lies if it is the same part causing the problem. Did your warranty company choose the garage for repair or did you? I guess as long as the garage is on their 'approved' garage list, then I suspect that your comeback is with the warranty company. Did the garage do the repair properly - if not how many times do you give them to get it right? Let's see anyway, keep us posted

PS I really loved my earlier Exclusive, I hope you can fall back in love with yours!
Top

I chose the garage unfortunately, I also had to pay for the work, then claim it back. Which took three weeks. The garage I took it to is a reputable garage and as stated on their invoice, all work is gaurenteed. I think even when this issue is repaired I won't keep the car long.

So far in the last two months, I've had to

I think it's all just getting on top of me with this motor, none of my previous cars have ever given me much trouble.
Top

Once its fixed you know its fixed....as a tip, if they argue ask to photograph it as they strip it

FYI, this is the set-up 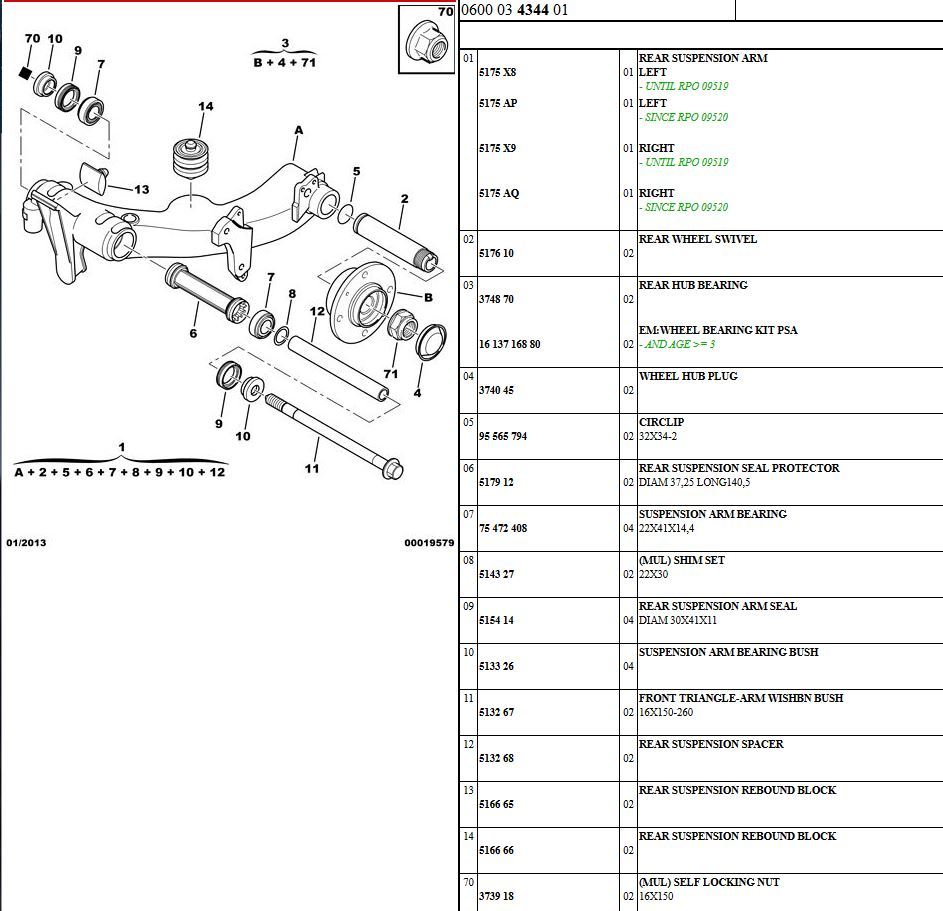 I wonder if they greased it ?
Top

What is the general longevity of these bearings from time the car is new? Seems to be any time after 100k? Apart from heavy towing of course.
Top

That's a lot worse than I've ever expected out of a CX rear arm bearing (and they are far less idiot-proof to install and with worse quality seals)!
Top

They often carry a lot....that said I have had ones over 120K and I bet others have more....personally I think there is a significant "time/age" factor as well where the will expire even with low miles.
I would regard it as a safe bet they will need to be done soon on all Mk1's if not replaced already and would budget accordingly. Not worse than struts/springs of metal cars really.
Top


Currently the Xantia had 71k and i'm currently thinking of getting the bits and doing the bearings in the summer as a precaution really as if they're left leaning the arms are unrepairable.
Top

I changed mine at about 190k but don't know if they had been changed before. Failure is due to lack of grease, if water gets in the bearing rusts away and disintegrates, I always fill the tube between the bearings up with grease, stands a sporting chance of keeping the water out and the bearings lubricated.