and Glenmarch have updated their Results for the Morris Leslie Sale last Saturday. Quite a crop of unsolds.

There is another Mathewsons sale coming up on 21st March and the catalogue fills up day by day.

Recent additions include this pair of Vanden Plas Rovers, choice of colours

Nice clean engine bay. Interesting to see what estimate they are going to put on it.

And that's how to design a tidy engine bay, even with a V8 and EFi!
Top

Well this has sold now,

Glenmarch is an excellent site for keeping on top of the classics. Mathewsons and the rest of the Classic Auctions from the UK and round the globe post their results up there. The Xantia sold for £1,950 much to my surprise.

The Car search tab on Glenmarch is a useful tool.

..er 6, and 5 of them were at the special "Leclere - Vente des Réserves de l’Aventure Peugeot Citroën DS, Aulnay-sous-Bois, France in 2017"

Not much of a market for these.....they are French and ordinary

Glenmarch would suggest that if you bid over £1800 then you are paying too much regardless if its a rust free time warp or not. Only one MOT on DVLA file...last year in March, not that it needs one. Only one pic loaded up so far.

I think a Renault 6 has been wrestled with somewhere on the forum before but I cant find it at the moment.

Found the Renault 6 info on the FCF. An excellent comprehensive thread in the Renault Section of the FCF from member vulgalour.....kicking off with this


vulgalour wrote: ↑
10 Nov 2014, 01:25
After being evicted from a Welsh barn that had been it's home for 20-odd years, I was tipped off about a rare little Frenchy. This one was up for £80 and I arranged with a fellow enthusiast we should collect it and do something amazing. That was at the start of 2014, since then we made some progress but Life and Things got in the way.

At one point I even provisionally sold it!

But now, having still not seen the car in person, it's back on my To Do list. It's as rare as a rare thing this one, not that I knew that when I agreed to buy it. 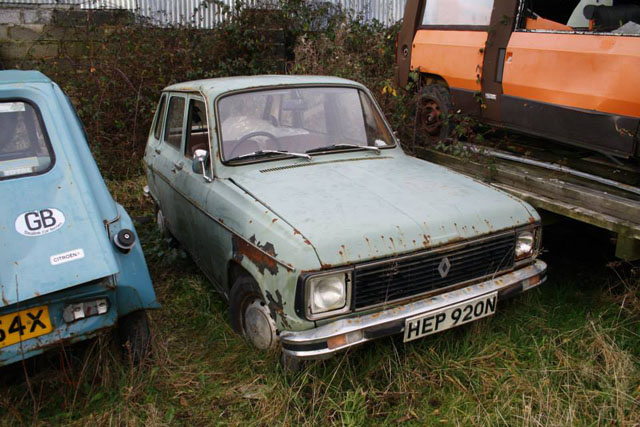 It was collected in the proper way with a proper car. I'll likely use a very similar proper car to collect it, though mine's a bit newer. 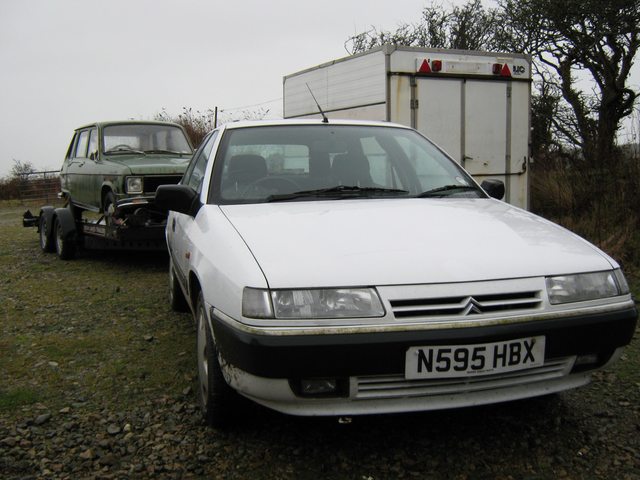 Poor little thing has some bad roof damage, probably from being lifted. The passenger door was dented, but since these photographs a spare blue (it came with the car, amazingly) door has been fitted and the gutter straightened a little. 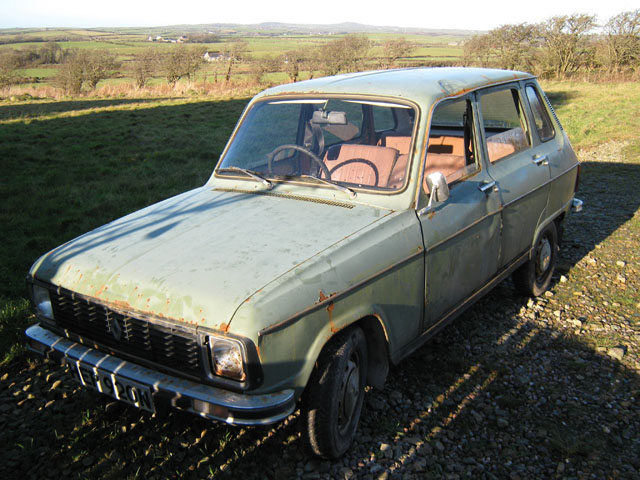 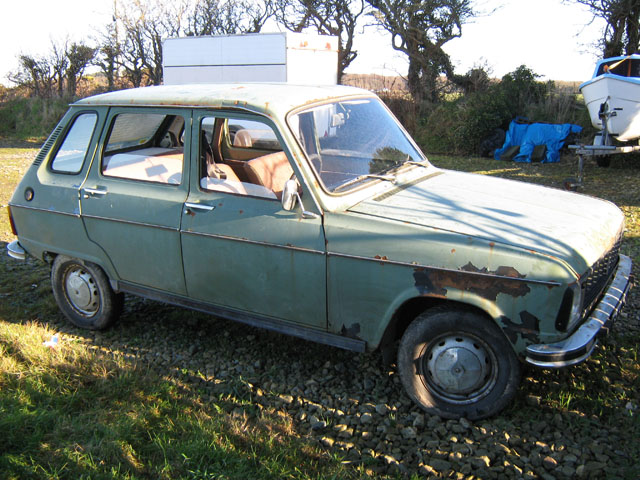 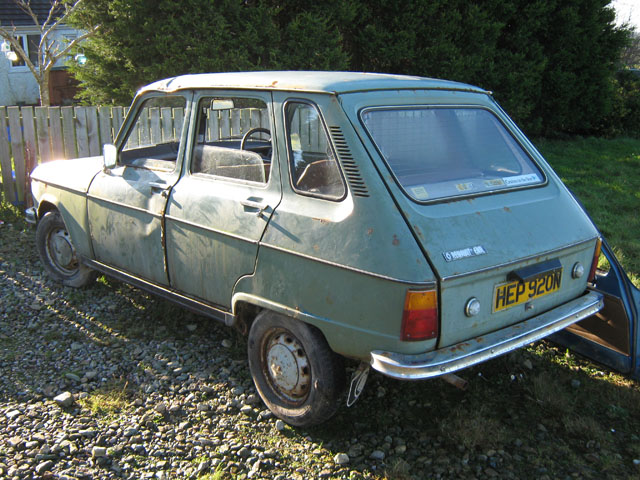 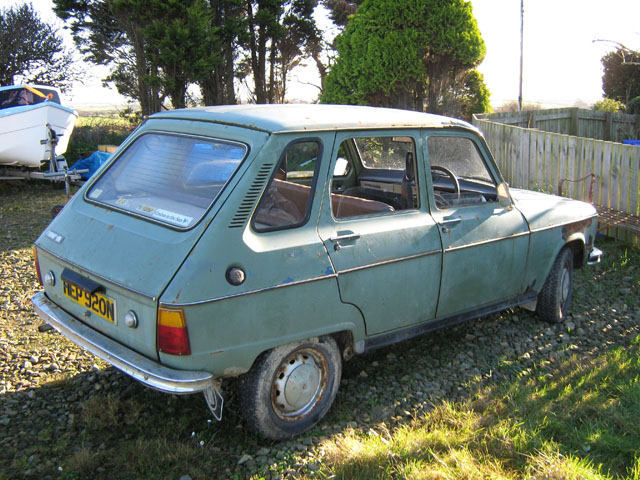 It's likely been round the clock once, but I'm still only owner #3 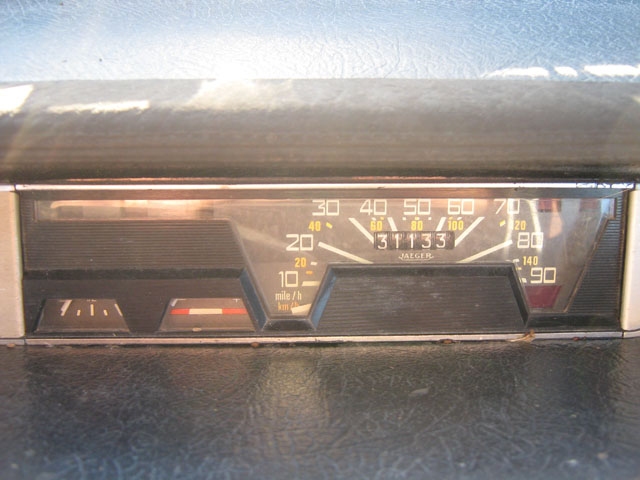 I've been fortunate enough to get a pair of NOS proper Renault front wings gratis too. 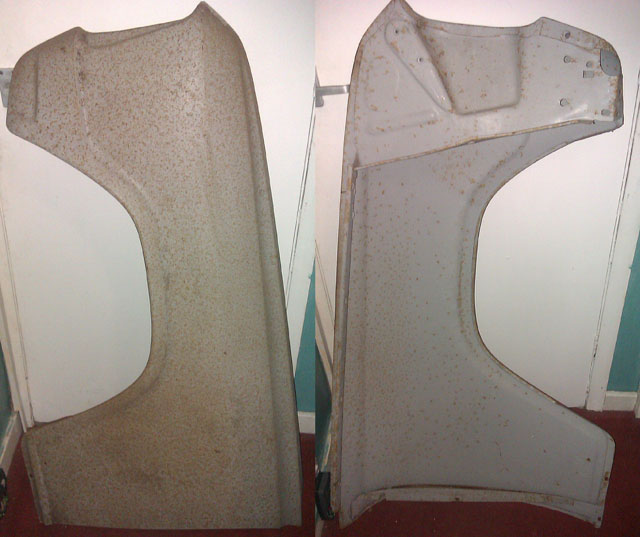 The plan is to get the car back to the resto garage, give it a good fettle from nose to tail and get it back into regular use. It's essentially all Renault 4 underneath with the fancy 6 bodyshell and interior plonked on top. Being a separate chassis it makes some of the restoration work easier, the body can just be lifted off after undoing something like half a dozen bolts (which will likely all be seized) making any rust repairs that much easier as a result.

I'll keep you posted with any updates on this one. There's every chance there's something terminal awaiting discovery, but the pictures and info I've had so far all hint at a surprisingly solid little trooper that's well worth rescuing.

If you want to tune into Brightwells Auction live its here

Give Brightwells their due credit, they bang up their Classic Auction Results on the day of the sale.

If you like a peruse of the classic market as I do heres the results from todays sale.

Nice sales comment about the Land Rover SIII in the Brightwells results:
"If you want a working vehicle it will fulfil that requirement and if you are looking for something to out-cool the gormless hordes in their Audi/BMW/Jaguar SUV clones in the Sainsburys car park - this is it."

bobins wrote: ↑
04 Mar 2020, 19:57
Nice sales comment about the Land Rover SIII in the Brightwells results:
"If you want a working vehicle it will fulfil that requirement and if you are looking for something to out-cool the gormless hordes in their Audi/BMW/Jaguar SUV clones in the Sainsburys car park - this is it."

Another little bit from the same pen

"It is a Land Rover, it’s not a show pony and it was designed to be neglected, abused and repaired in the dark by a farmer with a hammer."