Also, I'm down in South Devon. Halfway between Plymouth and Exeter really.

Any hints on what I should be looking out for her? Any hot spots of trouble?
Top

she still dont look to bad for a H, the worst bit i can see is on the panel by the head lamp, you can either by that hole section new, or find a used one
Top

Infinite Granite wrote:Got some details on the van now. Built in 1957 (mother in law was 10 years out), it has a 1.9 diesel, 3 speed gearbox (good god?!?!), imported in 2009 from France and registered in November that year in this country. MOT out of date by over year now and hasn't moved for 18 and a half months.

Ben, have you discovered a plate on your H with its date of birth on?

There is some good information on citroenhyonline history Not sure how authoritative it is but the most obvious thing about your H is that it doesn't have a split screen, and it does have a diesel engine which may suggest an early 60's build date.

Other bits of info pulled from HYonline which may be relevant.

"Around 1957/58 the Hand brake changed from a Hockey Stick arrangement operating on the rear wheels to a reverse handbrake solution operating on the Front Wheels. The handbrake operation on the front wheels catches out a lot of Garages who spend hours trying to pull off the Front brake drums with the handbrake applied!! If you have a Hockey stick style of handbrake take great caring when moving to the back of the van as it is easily knocked off so the Brakes release."

"In 1961, the HY DI and HZ DI were launched, fitted with a four cylinder Perkins diesel engine of 1,621cc capacity developing 42 bhp @ 3,600 rpm and rated at 7 CV. The six volt electrical system was replaced by a 12 volt, still via a Dynamo, one across the range"

"In 1964, a single windscreen was fitted to all models. Wiper motor updated. The Perkins diesel was replaced by an Indénor engine of 1,816cm3 capacity developing 50 bhp @ 4,000 rpm. These models were called HY-IN and HZ-IN."

wow. That is a lot of info, thanks so much!

Info I have was received from DVLA, can you tell me where the VIN plates are located?
Top

This is extracted from the HY Online buyers Guide 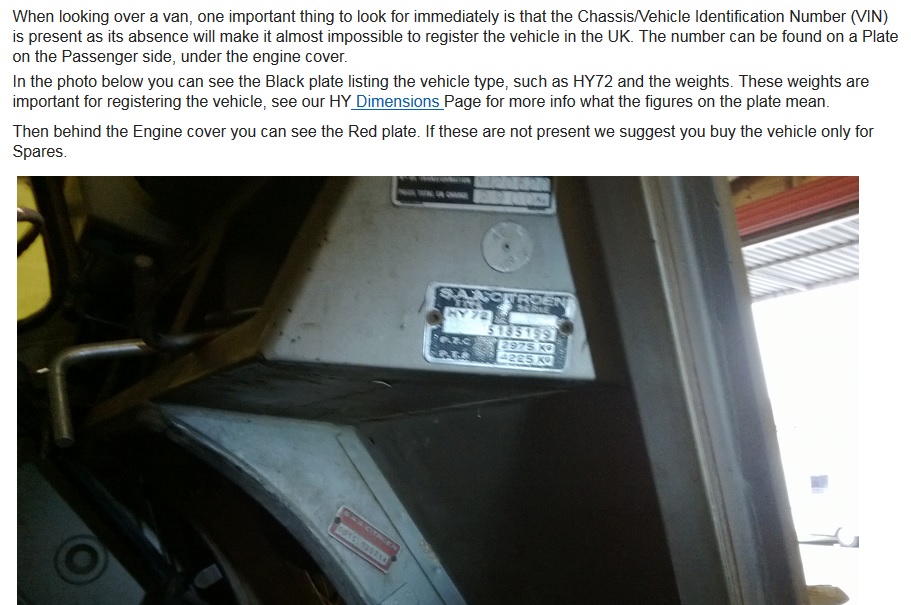 Neil you are a veritable fountain of knowledge! I'll pop into the workshop tomorrow and have a scan for the VIN plate and update you guys.

On a slightly separate note, this has to be the friendliest welcome to an internet forum I've ever had.

The French plates on your van if I interpret this table correctly, would indeed equate to a 1957 registration number.

Be interesting to see what the VIN plate reveals!

Claude arrived on page 17 of the thread, and created a new category for "I-Spy Citroen H Vans", those who have taken the plunge into ownership! 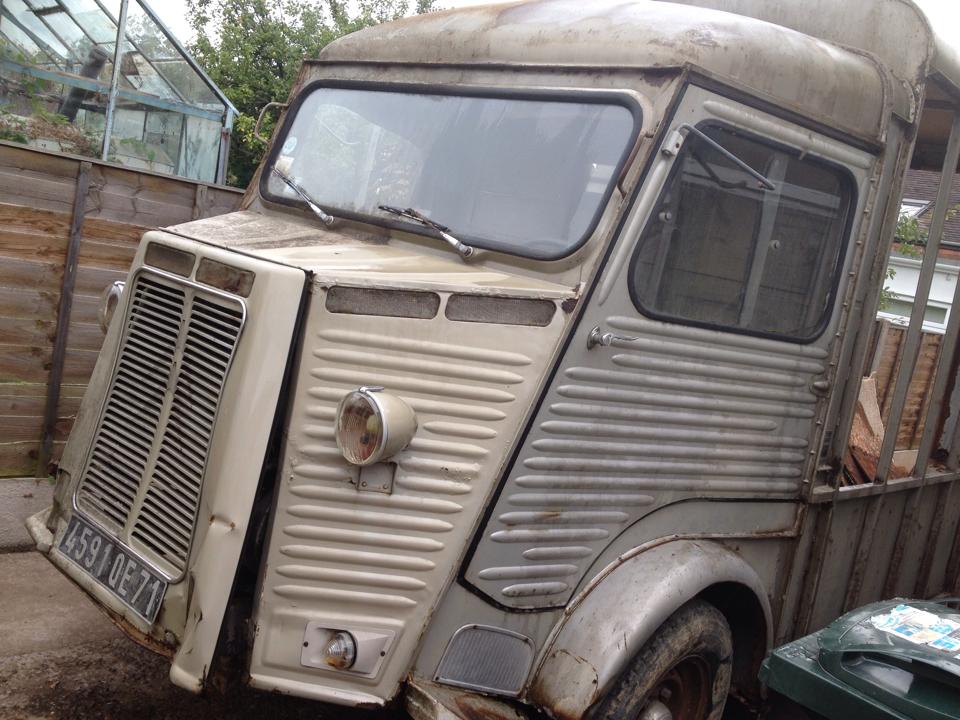 NewcastleFalcon wrote:Welcome Claude....... 50 points usually awarded for an H Van spot, but if one has appeared on you drive I guess you are in a different classification and have taken the plunge and are now a proud owner.

Thats probably worth a Big chief I-spy bonus in my view how about a straight 100 to get you started!

So Ben you are officially awarded with your 100 points! and to go with it how about a beer from this quirkily named brewery from the spiritual home of your van "au cœur du Pays Basque"

well, not exactly an hvan but an unusual spot... 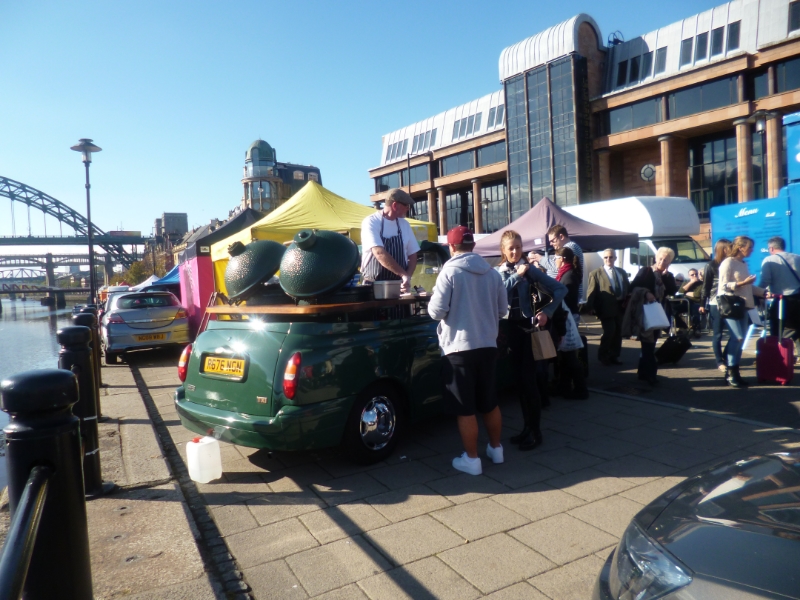 Big Chief I-Spy likes and unusual spot, even if slightly off topic! This was at the Newcastle Quayside Sunday Market today. Its an R-Reg London TX1 taxi with 370,000 miles on the clock converted to house "2 green eggs", iconic Barbeque Equipment, beloved of Michelin-starred chefs.

Inspiring, and I wish him every success.

Now, I have probably whinged at the cost of "Street Food" in the past, but today our £4 for a pulled pork burrito from the BBQ Cab Co was money well spent....very tasty and filling enough for 2 when shared alfresco sitting on a bench in the sunshine.

NewcastleFalcon wrote:
Lets hope there is not too much bandwagon jumping on like this though:-

Its happening.....KFC are going to go on "tour" with their airstream to 6 british Universities dispensing their promotional freebies, depending on which give them the most votes to promote their "Pulled Chicken" range.

Give me the BBQ Cab co any day of the week...

I think this is a good thing. Whilst one might not agree with the marketing strategy, the vehicles will live on and be well maintained at least until KFC get bored of them, hence the next owners will benefit. I don't have a problem at all with using classic vehicles for this sort of thing for precisely that reason.

another one as seen at the Paris Motorshow last Monday..... 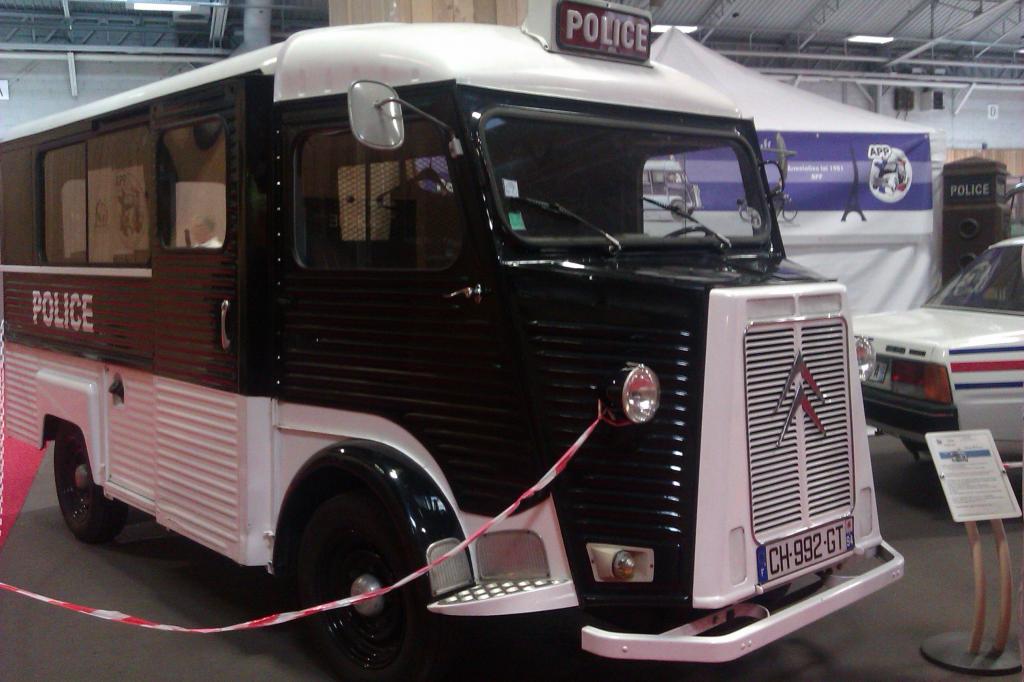 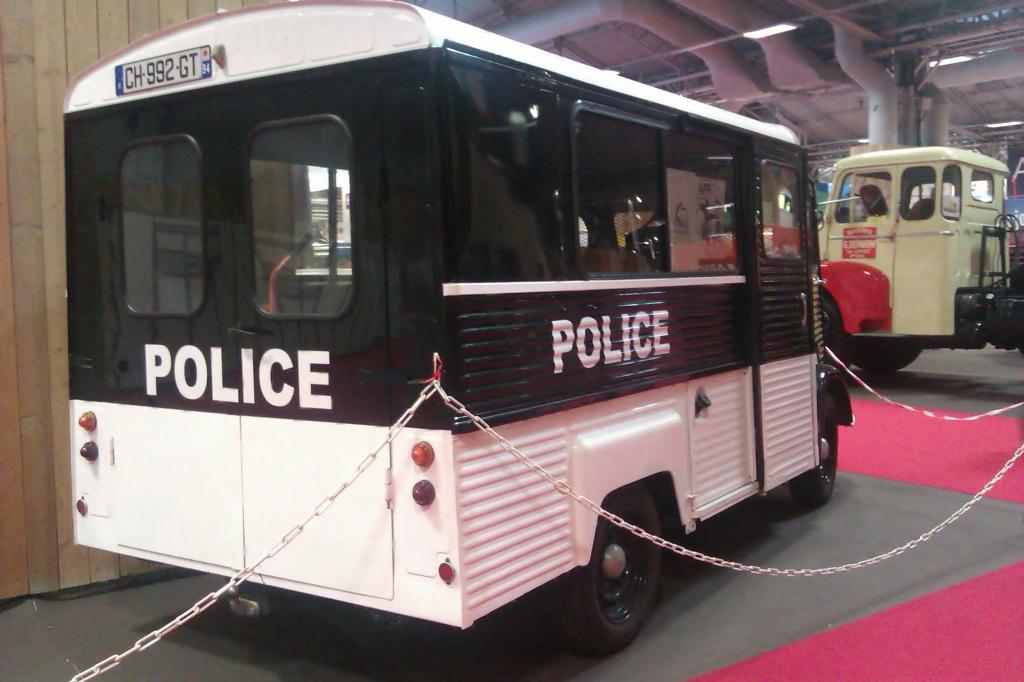 theres a H at the start of the current Heinz tomato ketchup add, i tried doing a goooogly search but cant find it

Very Nice Black and White Police H-Van. I think it could have false plates on it though!

According to the points awarding convention thats another 51 points to you Old'uns!