Now then, anyone who was a child in the 1950's or 1960's will well remember Big Chief I-Spy and those little books which sold in their hundreds of thousands. There was even a bit of a revival when Michelin started churning them out when my girls were growing up. I think the I spy Classic Cars actually has a Morris Marina in it now! (edit-not quite but it does have a Ford Sierra/ Austin Maxi and Austin Allegro in it

So I am claiming 50 points for an unusual spot 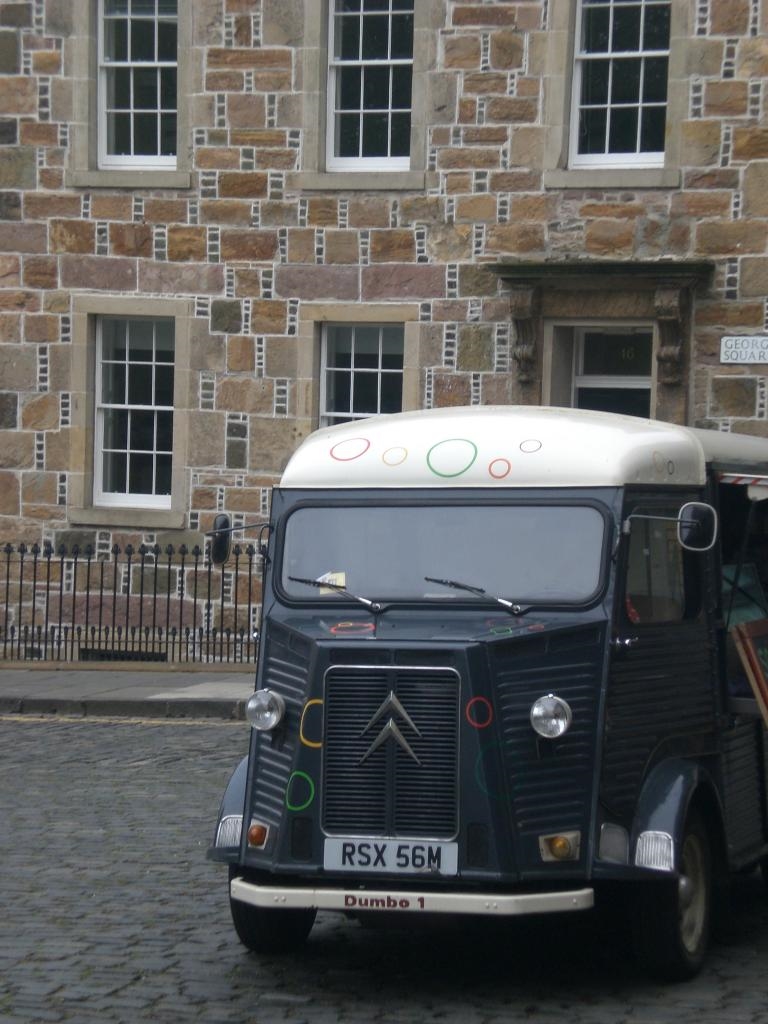 This is Dumbo, the Soup Van of the "Union of Genius" Soup Café , Forest Road, Edinburgh.

Read the review of the black pudding, chorizo, butterbeans and tomato soup

I know of one in Oxford, just outside the Westgate shopping centre, for hot dogs, sandwiches, etc. Maroon and Cream in colour.
Top

James I think 50 points can only be awarded for a bit of photographic evidence!

In the old days at the end of the I-Spy book when you had finally scored your 1000 points there was a verification process to be gone through:-

"Each book had pictures of items to spot and a box to record the time, date and place. Sometimes there would be a supplementary question to verify that the little Redskin {this is what the I-Spy tribe were known as} hadn't been "economical with the truth". Each spotted item also gained them a number of points: generally five or ten points for something common (a fire engine, say), but 20 or 30 points for valued rarities (perhaps a particular design of Gothic bootscraper found only within the lychgates of 15th Century Northamptonshire churches).

When the book had finally been completed, it had to be countersigned by a parent or teacher beneath the following sworn affidavit:

I certify I have examined the record in this book, and as far as I can judge, the entries are genuine.

The book was then mailed to Big Chief I-Spy, c/o the Wigwam-by-the-Water (later Wigwam-by-the-Green), London EC4. By return of post, the Brave would receive a coloured feather and an order-of-merit certificate franked with the chief's personal seal."

In Christmas my wife take me to shopping in Reading. I eat very nice sausage from H-van parked by river in shopping centre. Somewhere I have picture. I will post for 50p :-p

It may even be the same one that James has seen in Oxford! The picture gets you 50 points when it arrives!

IIRC the Reading one was pale blue. I had forgotten about that one (and I don't have a picture of it either)!
Top

I love H Vans to bits. They are just so special

The coolest Citroen ever...

I claim my 50 points as I see one regularly near Mere in Wiltshire parked in a layby on the A303 advertising a local wine shop. A blue one..

I'm sure others who regularly traverse the A303 in this area have seen it many times too..

I have a picture of it somewhere...
Top

As with James (Hell-Razor), and Miguel I am afraid that your claim for 50 points Jim can only be authorised with a picture, unless you get a sworn affidavit

This would have to be another forum member of substantial standing............ 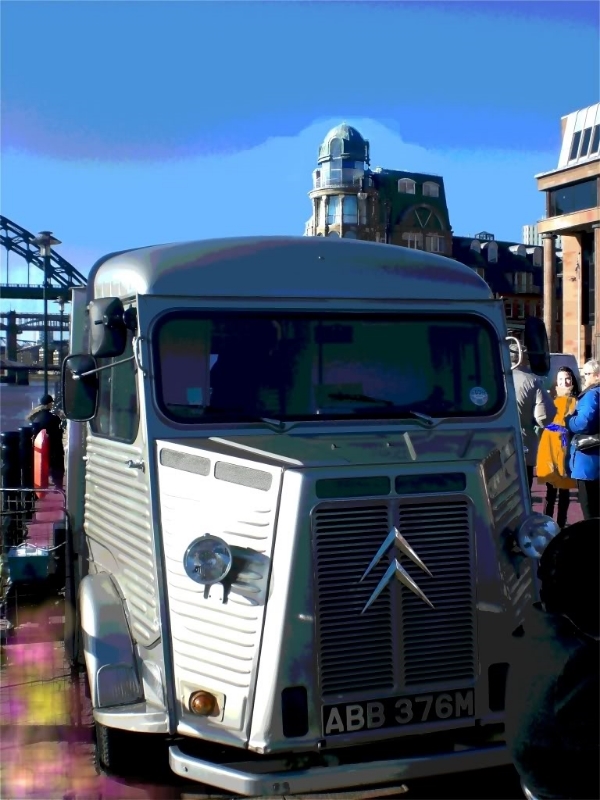 Neil, I shall dig out that picture and post it up.. I really do want my 50 points!
Top

all the best
Neil
Top

there were 2 in the Runners village for the Bath Half Marathon in early March, One especially awesome for me as twas a Cornish plate on it And it was serving Pancakes!!!!!! 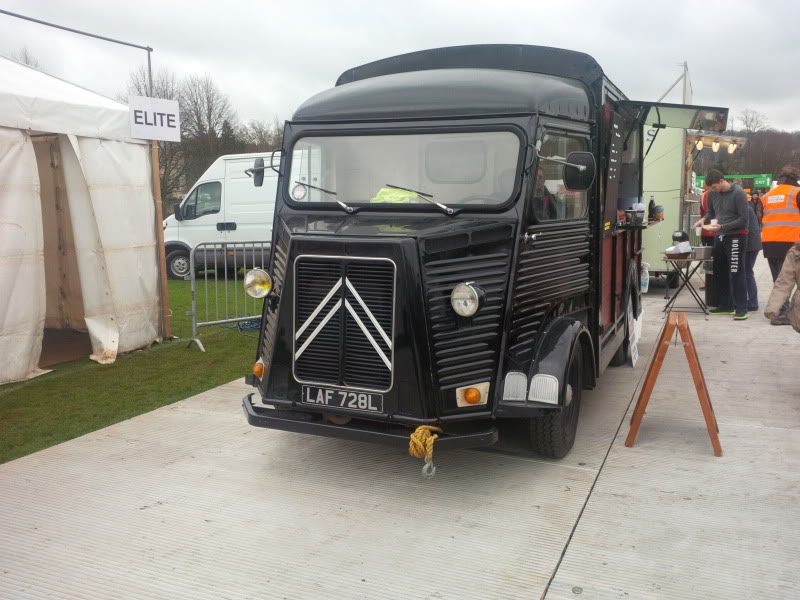 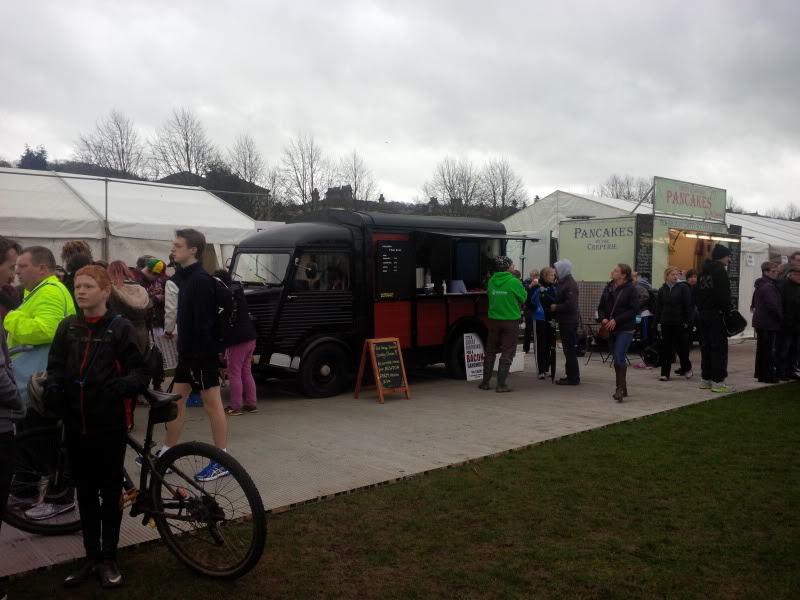 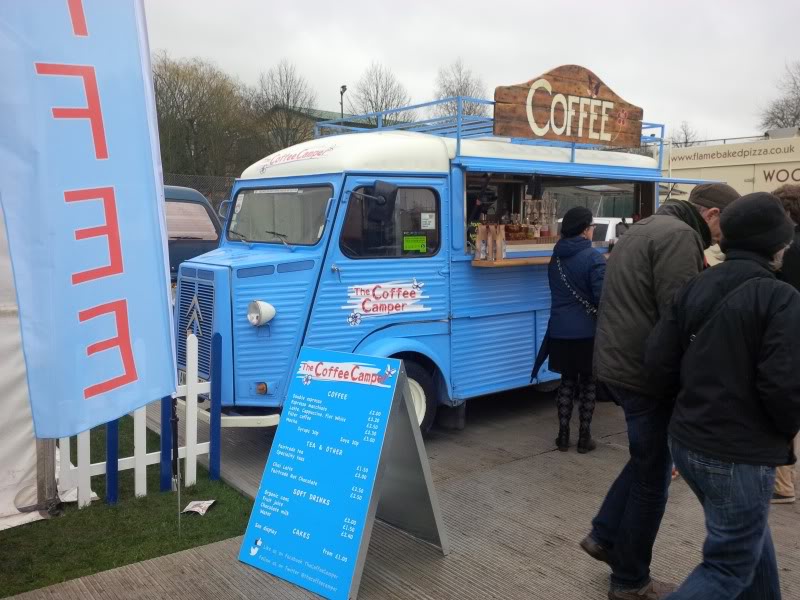 the Coffee camper was pretty cool, Everyone Needs Coffee!!!


there is a H van resto saving place down here, Letubestation .something, occasionally have a look, Love the quirkyness of them!!
Top

NewcastleFalcon wrote:Glad you are going down the genuine picture route rather than the "sworn affidavit from another forum member of substantial standing" route

And here it is Neil, I apologise for the poor quality. Phone camera on a grotty old day... 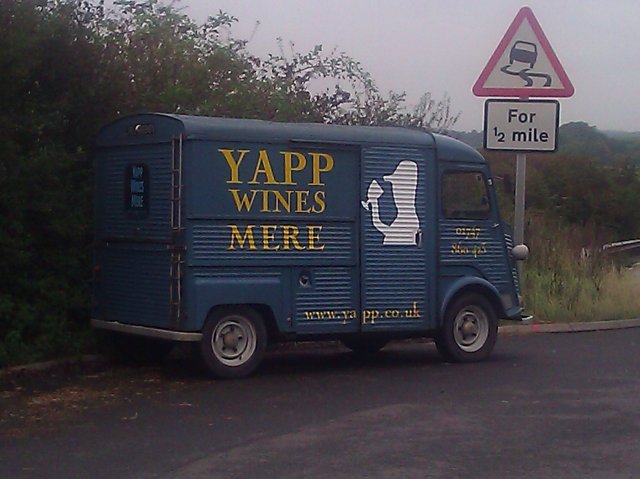 Thats top quality Citroen H I-Spying. If I was the sole arbiter of points awarding that would be 2 X 50. Both active "H's", and a bit of nice background with the Cornish plates. Being originally a Durham lad our old reg's used to be "UP" and "PT". I remember being on holiday in London for the first time in 1968 seeing several "OO" number plates. Hilarious when combined with a "P" or "L"

Had the H been serving pasties or cream teas or cornish ice cream maybe even a few more bonus points would be merited.

I think you have gone for the added authenticity with the phone and the duff weather and possibly a left handed shot. I presume your right hand was on the steering wheel at the time! A well deserved 50 points. Maybe you should call in at Yapp wines just for pure randomness and select a nice chablis for pure pleasure

Wk and WL are our New deciphered reg's! Westcountry Kernow and Westcountry Left! (the first Is true, the second what we made up in the garages!

)
Old ones were AV - I think,AF CV RL, I did like the tow rope addition!

Didn't notice the "Tow Rope addittion" until you mentioned it. Maybe it looks good but is not a go-er......... maybe a token point should be deducted how does 99 sound?