A jumper in the inlet is good, one reason I keep some old clothes in the boot

and yes transits suffer from it as well

Don't ever be tempted to use a hand or fist as the suction will do severe damage!!

Another way if it's possible to get acces to, is to slit straight through a feed from the turbo to the inlet manifold as there are usually some rubber pipes going to and from the intercooler
Top

KP wrote: Don't ever be tempted to use a hand or fist as the suction will do severe damage!!

I tried it on an idling TD many moons ago. I wanted to see if there was a leak in the intercooler and I placed the palm of my hand across the inlet. It hurt

I also watched the intercooler pipes suck themselves flat...

I made the same mistake once doing the old trick I'd always done with petrols to see if the exhaust leaked by placing the palm of my hadd across the end of the tailpipe. If you could strangle the engine to a stall you know if the exhaust was sound. I discovered the pressure in an idling diesel is almost enough to break your hand

One learns by one's mistakes...

Like if you want to keep a full head of teeth then don't try removing the steering wheel with the retaining nut removed...
Top

KP wrote: Like if you want to keep a full head of teeth then don't try removing the steering wheel with the retaining nut removed...

Ive done that one! At the same time I managed to pull the electrical connection plug off the airbag too, I learnt my lesson

OK. Thanks Chris for the cue for a massive update.

Current cars stand at: The Clio Auto, the Mégane, the Avantime, a Volvo S70, a Rover 416i, a Renault Safrane Executive and a BMW 540i.

It's ridiculous, I know. But I just can't help myself. I suppose it's comfort buying as the Avantime has been away for a month now. Still not MOT ready, having trouble getting a few parts.

The Clio Auto is taxed and MOTd until June. It'll be around until then at least, provided the gearbox doesn't explode.

The S70 is out of tax and MOT at the end of this month. I've been driving it for the past 3 weeks and it really is a lovely car. Feels like a proper Swedish brick, the engine pulls beautifully and there isn't a single rattle - nice change! I'll hopefully get it through the MOT again and then it will be leaving in early February. 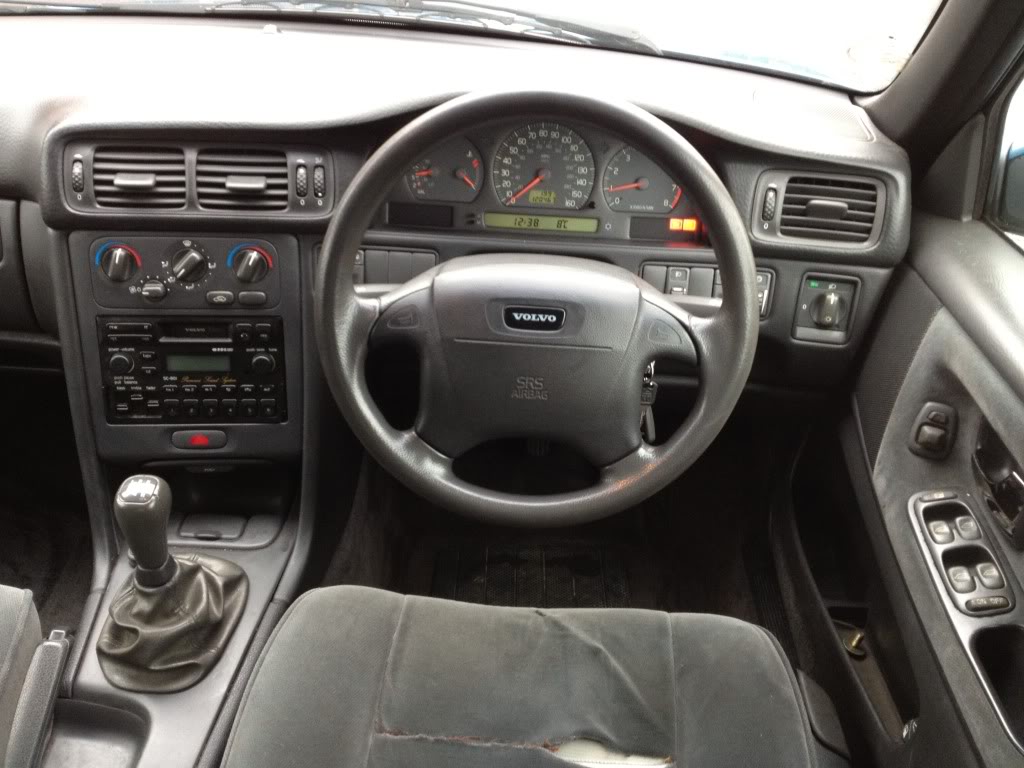 The BMW 540i was one of those impulse buys. I used to see this exact car every morning, LEZ 1277, powering through Belfast rush hour. Really eccentric looking woman driving it, in her 60s with Marcia Cross style red hair, always pulled into a Law firms car park! It turned up at auction as a main dealer trade in and I HAD to have it. 4.4 V8 Petrol auto... but in Granny cream leather and wood spec! I've been driving it over the past few days and it's scary how completely effortless it is. Traction Control light appears VERY often - it HAS to! The sheer power is quite addictive and is really put into perspective when you get into the Clio Auto straight after

However, CHECK COOLANT LEVEL is appearing a bit too often. It was low when I got the car, I topped it up, but have since had to do it again. It may just be it circulating and replenishing the system, but I fear it might actually be using coolant. In which case it'll be one to have been proud to have owned but au revoir! 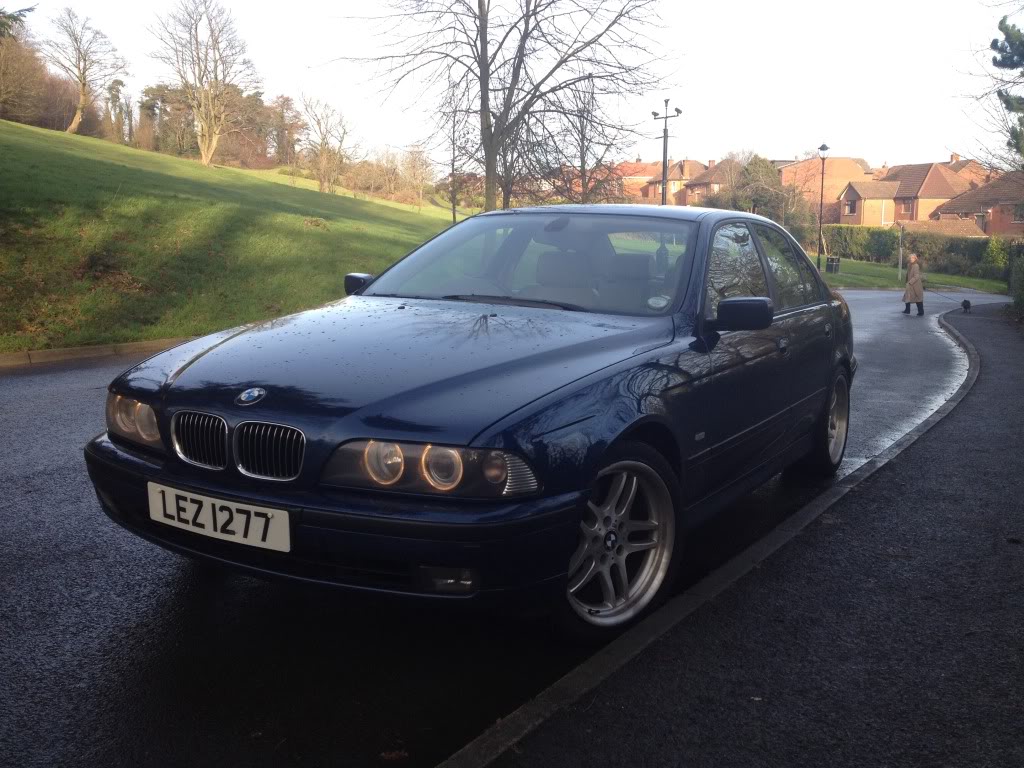 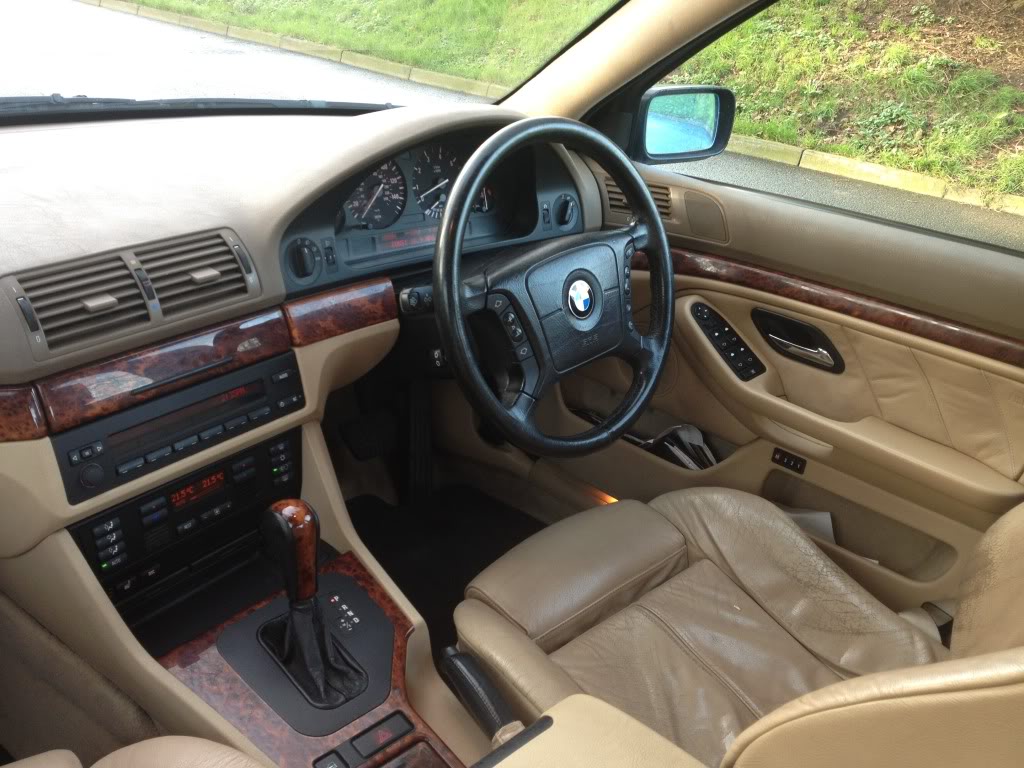 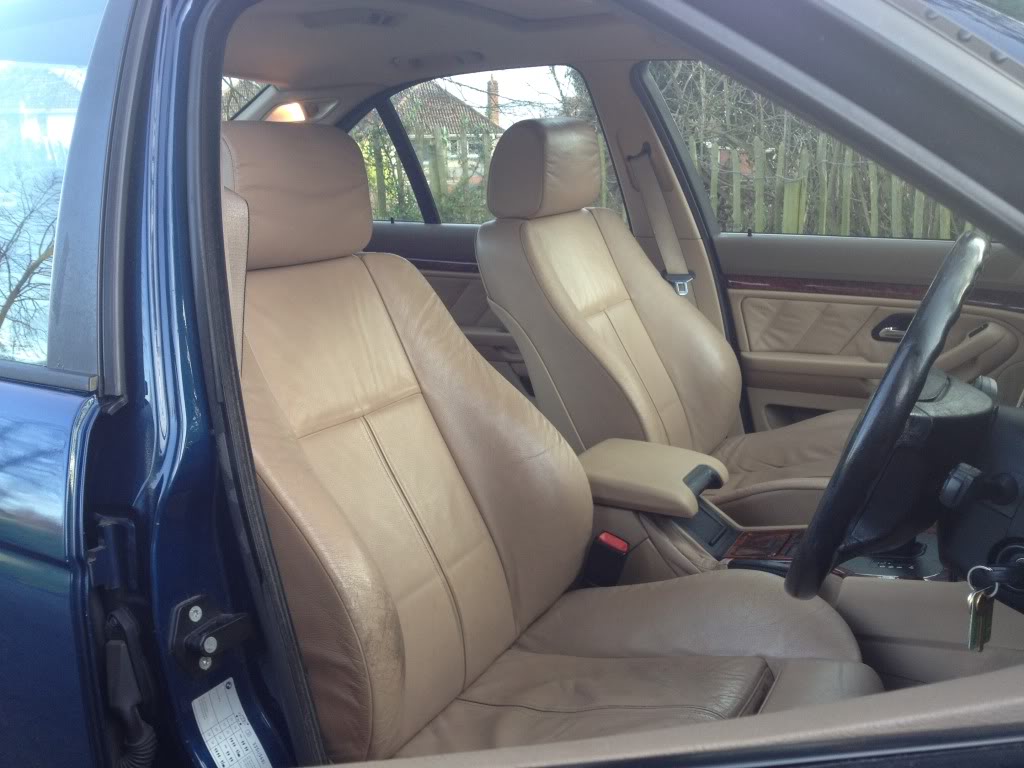 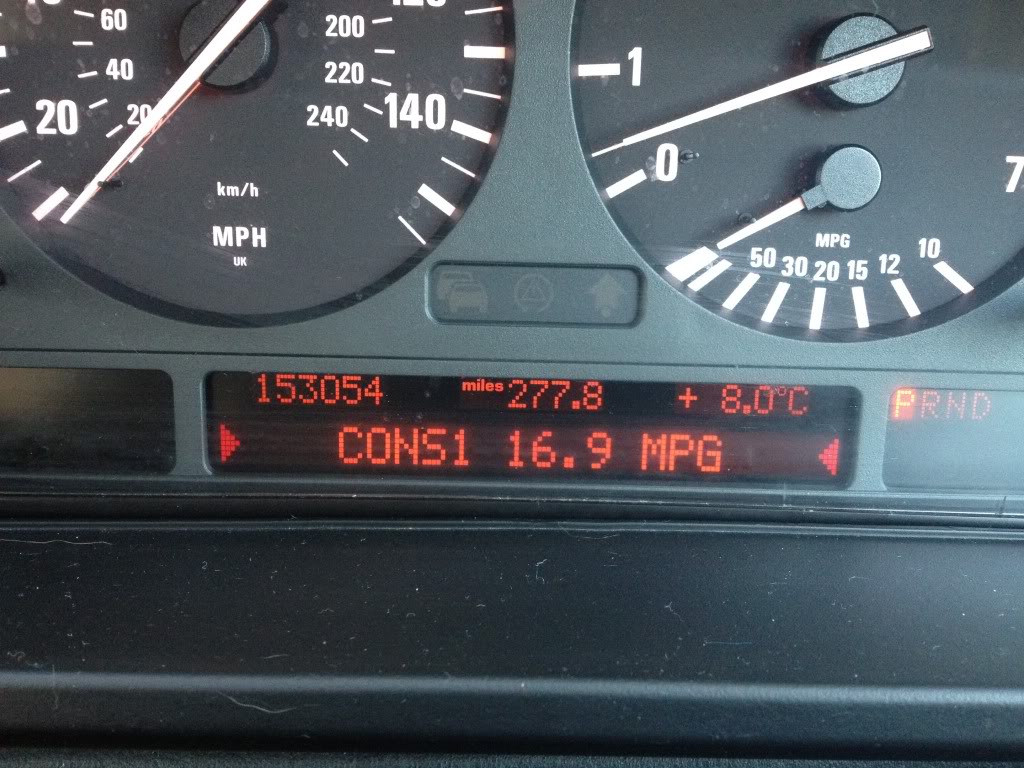 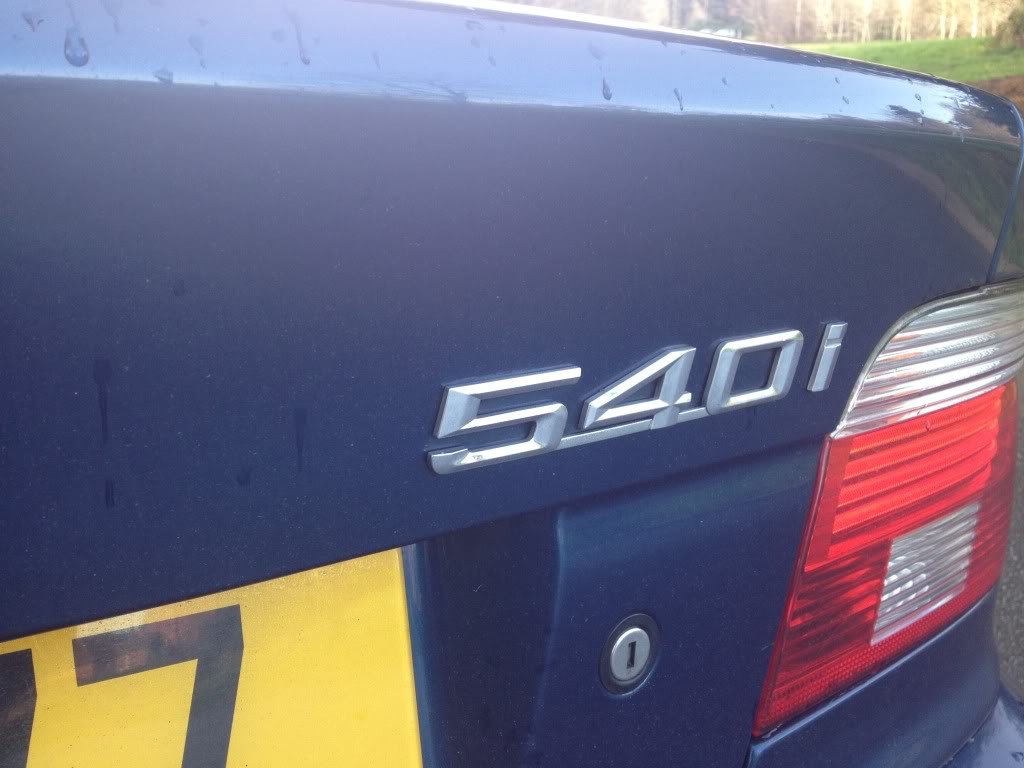 The Rover 416i is a 1998 saloon, victim of head gasket failure. Purchased for less than scrap value. It'll be over the bridge this week! 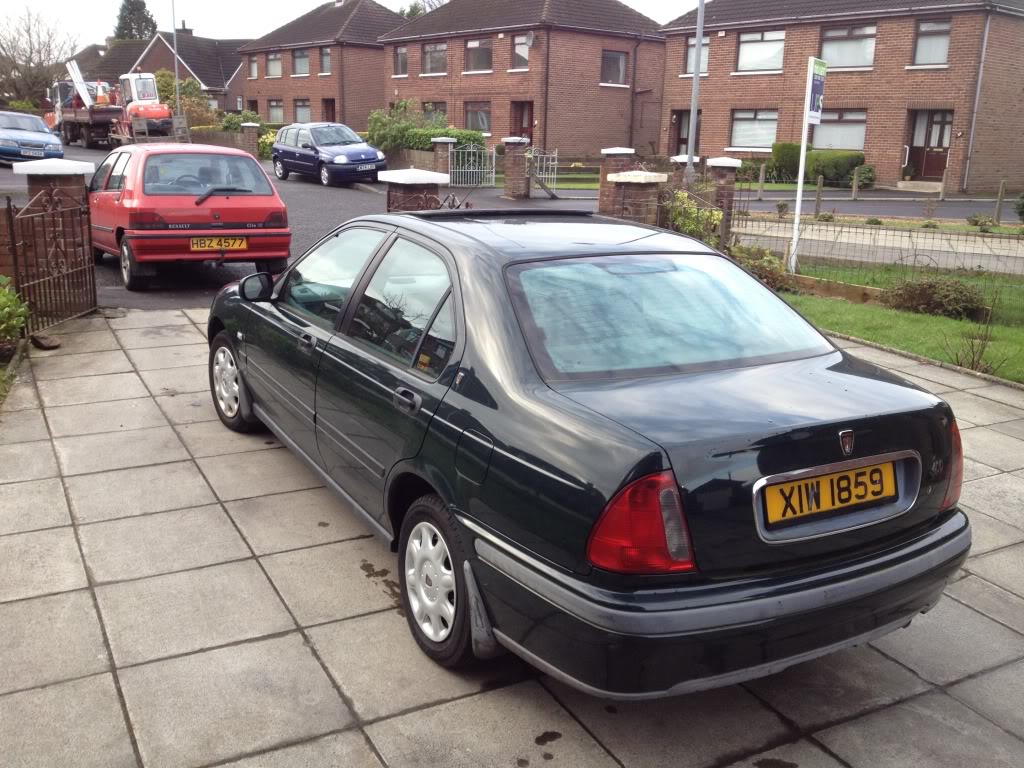 The Safrane is off to it's new home tomorrow! I bought it on Wednesday with tax until the end of this month, MOT until May and 123k miles - £295. This was another car I had seen around quite a bit. A 2.5 Executive Auto. MASSIVELY impressed with this car, as was Robert Smart, far more to offer than I expected of them. They have the old school Renault leather seats that you sink into, the voice synthesizer and a ride very similar to the Citroen XM! My good friend Norman has bought it and it's off to share a driveway with three Laguna V6s. 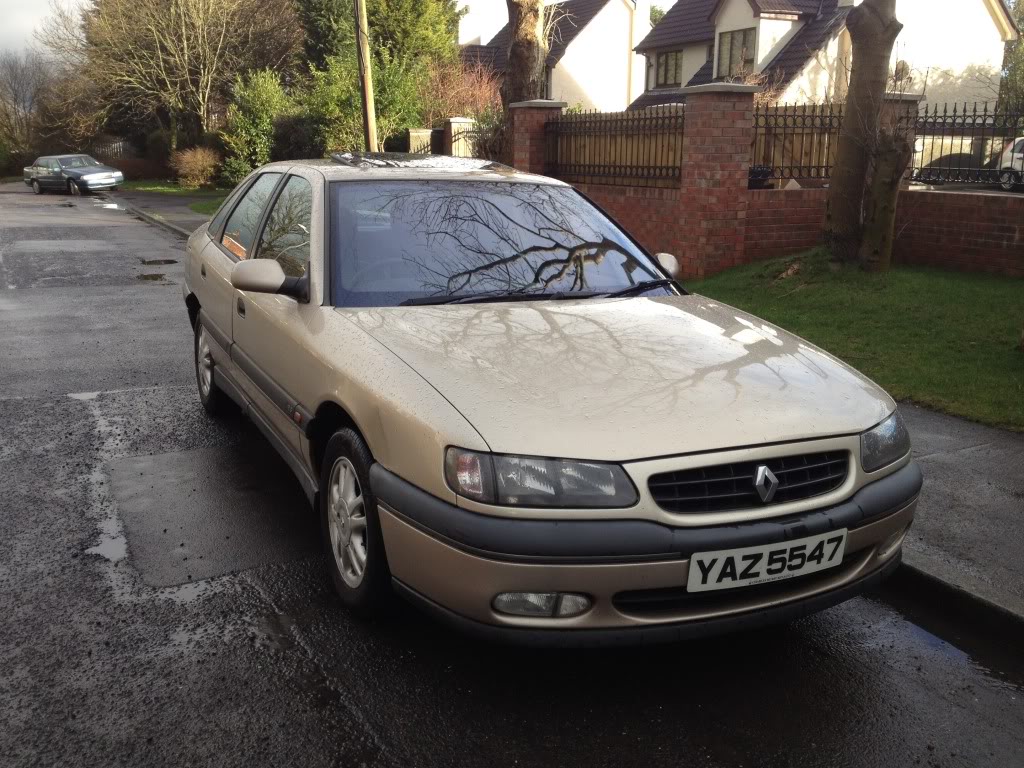 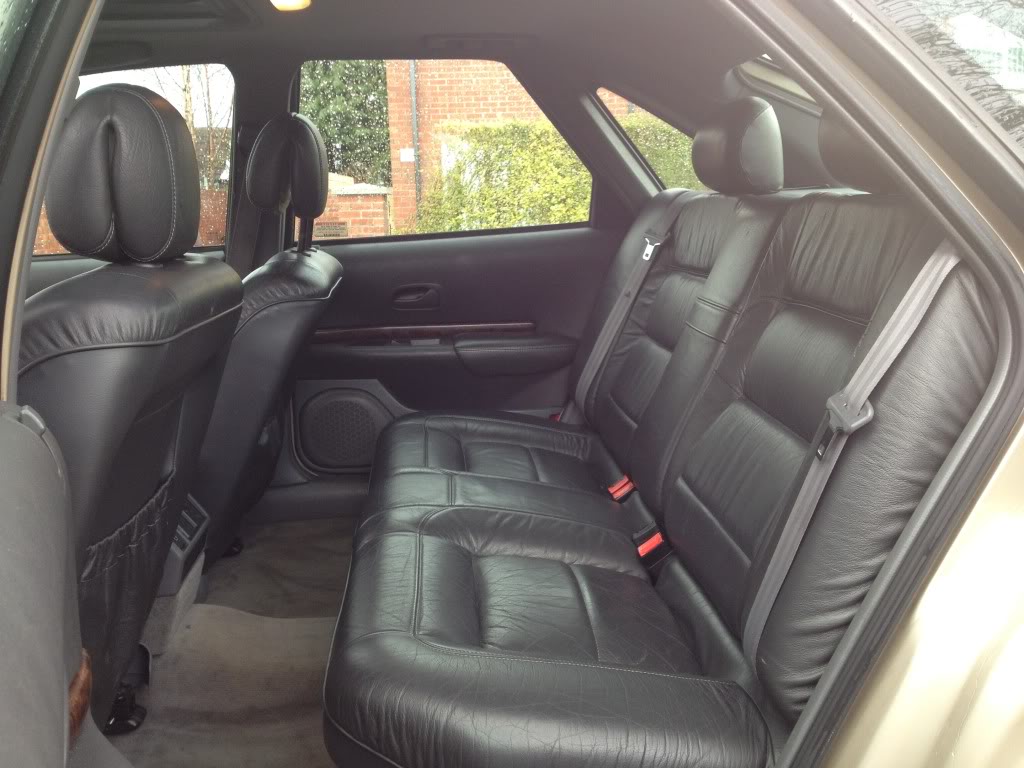 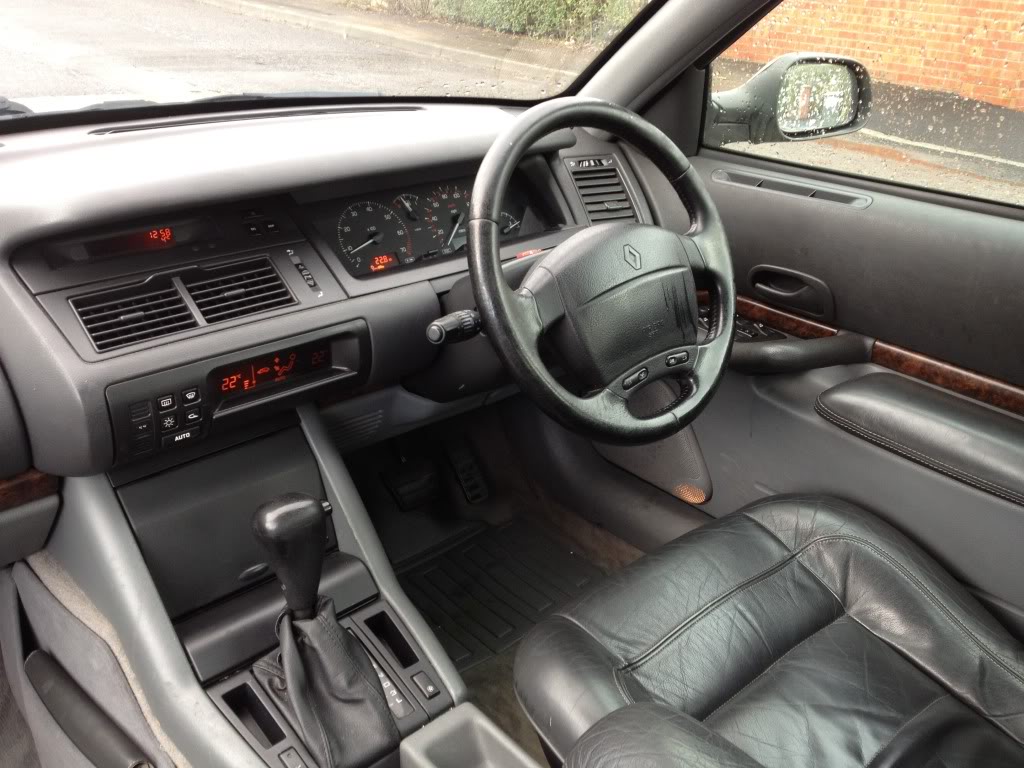 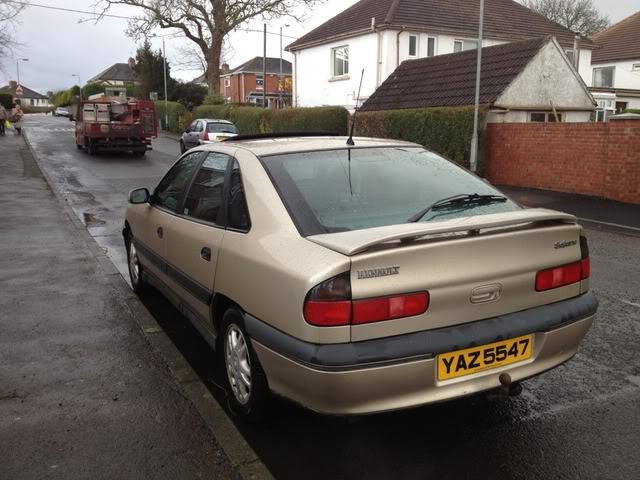 As for Mum's car. The Scénic Auto has gone and been replaced by a Mégane II. Top spec Privilege model 5 door. She really likes it, but it's the 1.6 VVT and is returning the typical miserable 28 MPG. Partly due to her driving, granted. 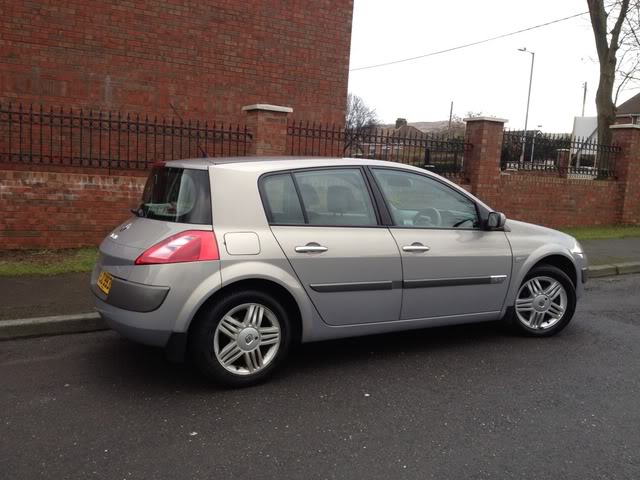 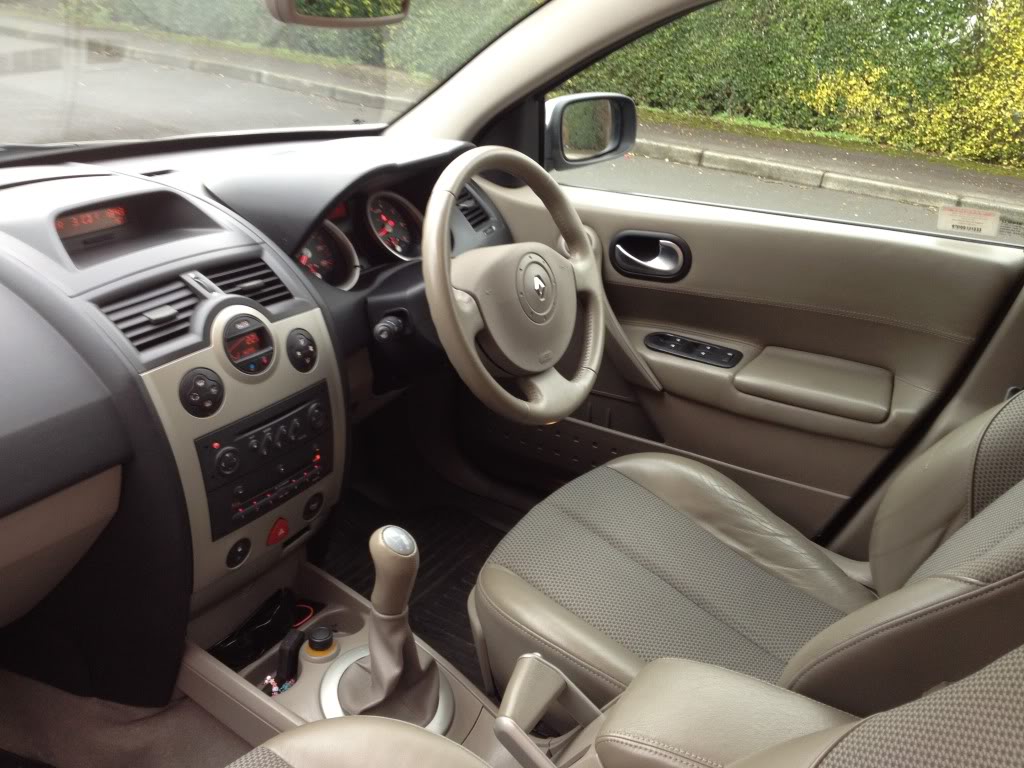 Looking ahead to the next few weeks, I will be buying that Laguna II V6 I have posted a few threads about. The one that's spent a winter with the window down and needs rescuing! I'm trading it in for my old Laguna V6 Tourer I had back in June! He (the same guy who is having the Safrane) would much prefer the hatchback. I've told him everything about it and we're ready to take it on!

I look forward to getting a drive in the 5 Series.
Top

You better be quick. I'm in the mood for a Scénic II

Love the safrane Luke . And that 5 series is something else , what a beast

. I hope you drive it sensibly

Thanks Mark. Yep, I don't think it's seen over 3000 rpm in my hands - it's all about the cruising ability not the potential for an ASBO - in fact I drive it like a proper granny, as I do the V6s!

If the 4.4 V8 has started to tipple at the water and the header tank isn't split(common on RR's that share the same engine) I'd get shut as the only other water consumption complaint posts i've seen(excluding the water boards!) mean HG work which means double the fun although its still a cam chain engine so not too bad but hmm... Maybe try some forte to give some relief??
Top

That Volvos seat hasnt taken well to its miles

The BMW looks great Luke, well worth spending your student loan on such a good buy. Though unfortunate if its got a bit of a water problem.

Im surprised you got shot of the Safrane so quickly, I thought that car would have suited you very well ...

Looks in great condition too.

28MPG from a 1.6 16v Megane, your mum does know it has another 4 gears after first? Thats pretty poor economy from such a tiny engine. Looks tidy but that is not one of Renaults better interior colour combinations.

Good luck with the rescue of the V6 LagunaII, Hopefully we will see some updates about it

We had a Megane II, they are not huge neither is a 1.6 petrol. You could have something much more exotic and have similar MPG

Im sure the way its driven must be the biggest impact, as it is possible to get those up to 40MPG.
Top

Citroenmad wrote:
28MPG from a 1.6 16v Megane, your mum does know it has another 4 gears after first? Thats pretty poor economy from such a tiny engine. Looks tidy but that is not one of Renaults better interior colour combinations.

Good luck with the rescue of the V6 LagunaII, Hopefully we will see some updates about it

Thanks, looking forward to finally dragging it out of it's spot

To be honest, 28 isn't far off what I expected. 30 would have been spot on by my estimations. My 2.0 does 33 MPG, it's a bigger engine but doing less work, the revs also sit considerably lower as you can have it in 6th at 35 MPH comfortably. But then Mum's aim seems to be to get to the speed limit as quickly as possible - always has been! So I'm guessing it's about right. It's not unusual to see 1.4 owners getting 26 MPG

Drove the 540i a good 50 miles today and no warning. Didn't get a chance to check the coolant level afterwards as the tank has to be opened to check, and I didn't have time to stick around.

Chris, the Safrane just couldn't stick around for long I'm afraid. I had just bought the Beemer and literally had no room. It worked out very well though, can't ask better than for it going to a good friend who'll love and cherish it until they offer it back to you when they're bored! It's already had a set of new track rod ends!

I spotted this on ebay and am very tempted to sell the 540i and keep piling the miles onto this. Hitting 250k in a Vel Satis is bound to merit some sort of award??

KP wrote:If the 4.4 V8 has started to tipple at the water and the header tank isn't split(common on RR's that share the same engine) I'd get shut as the only other water consumption complaint posts i've seen(excluding the water boards!) mean HG work which means double the fun although its still a cam chain engine so not too bad but hmm... Maybe try some forte to give some relief??

Thanks for this. I don't intend to spend any money on it so if this is the case then