I decided some time ago that something must be done about the state of the single spoke steering wheel in the SED. The leather finish was coming off in various places and the stitching had burst here and there so the initial thought was to buy a better one. However the only one I saw went for more than I could justify so that meant the other options was to swap it back to a 2 spoke wheel or refurbish the one already fitted. One of the things I really liked about the series 1 was that wonderful layout of the dash, switch gear and the single spoke wheel that gives such a great view of it all, so refurbish was the way to go.

Checking the web brought up conflicting advice as to what should and shouldn't be done to leather interiors. The advice that made the most sense to me was that water based 'flexible' dyes work best. So after further searching I settled on a kit from the Furniture Clinic which includes - leather prep, leather cleaner, water based dye, gloss sealer, satin sealer, abrasive pad, cotton wool balls, cloth, foam block, airbrush and propellant.

During the search for the leather repair kit I ordered some waxed linen thread to restitch the leather cover to the wheel. This was bought from an ebay seller and arrived very quickly. Restitching the leather took about 2 hours using the same stitch pattern as was originally used. The thread was 5 metres long so I started in the middle and stitched both ways.

Here's how it looks after those first steps - 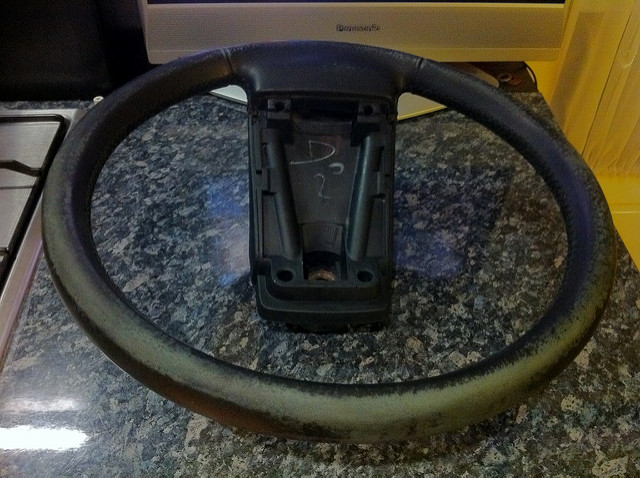 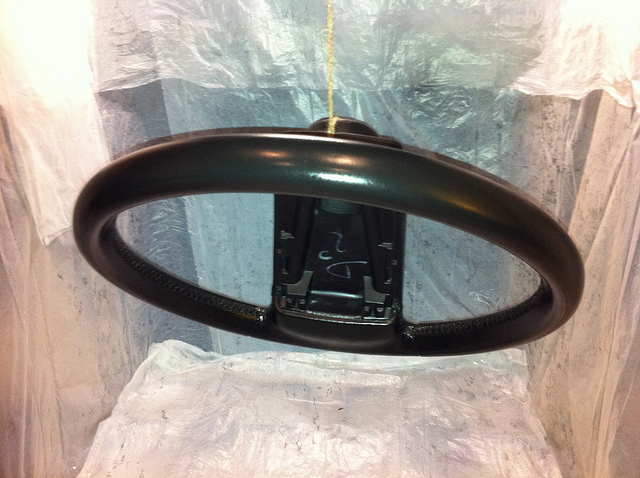 Once this is done the edge of the drivers seat needs attention, it's not worn through yet but has lost most of it's finish on a palm sized area. With luck I may get to have a go at it this weekend.

That does look lovely Steve!
I know the wheel you are talking about, i had a bid or two on it but it got to a silly price, oh to have a shed full of leather single spoke wheels, i would be rich beyond my wildest dreams

It cost more than a set of Xm alloys could be bought for!
Top

So I am sitting on a goldmine then?

oh here we go, Andrews going to drop the ass out if the market

So Andrew you're the one that's speculating on XM 'currency' and driving prices up, we'll have to keep an eye on you.

Today I did manage to remove the drivers seat to examine the worn patch. Considering that the car was built in December 1992 the seat is in good condition. 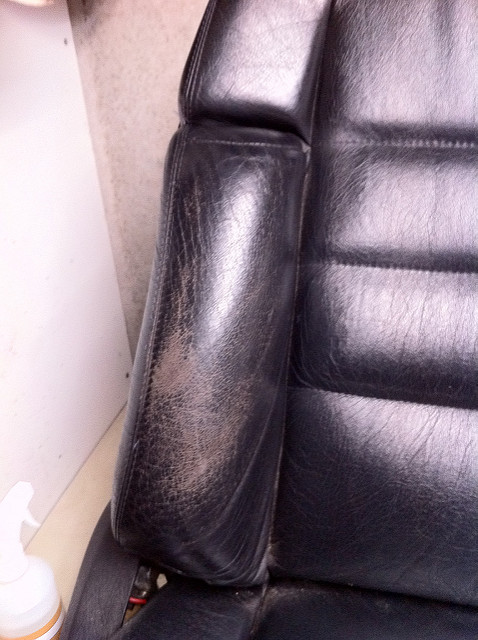 After cleaning, stripping, a light sanding with 1500 grade silicon carbide, the patch was dyed with a foam block and then blended with several coat from the airbrush. 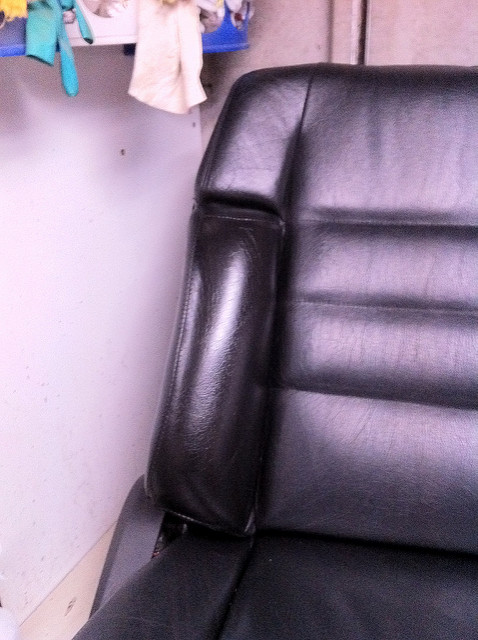 However I think the bolster is now a darker black than the rest of the seat so that's next.
TBC

After many diversions I finally got around to finishing the seat off.

The leather was stripped back to remove all waxes and provide a key, several coats of dye applied followed by a several coats of satin finish then finally 3 coats of gloss finish. Here's how it looks before 'polishing' with leather care. 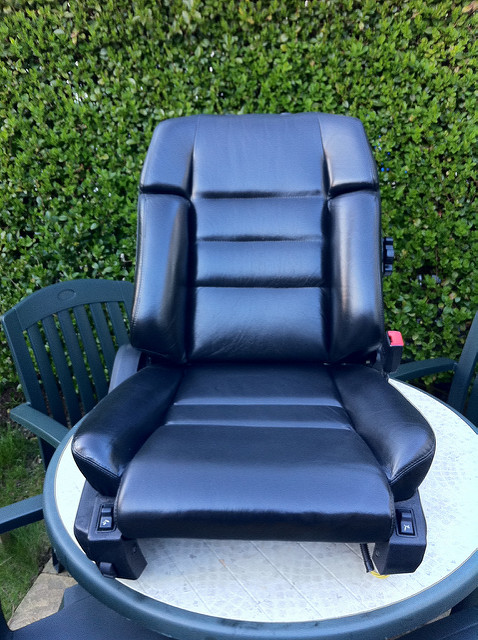 I think this wraps up the leather refurb.