Here's the thing Jim. The ceremony is scheduled for 6.30pm local time....

Colombia play Brazil in the 1/4 finals at 4pm local time.

Imagine it's 1-1.... that adds at least 40 mins of extra time to a game that will finish at about 5.45pm... what if it goes to penalties...We're talking well past 6.30pm. The country is so utterly football mad I suspect the priest will have a telly in the church and postpone it until the game is over. I hope they win ffs.

northern_mike wrote:The country is so utterly football mad I suspect the priest will have a telly in the church and postpone it until the game is over.

Something I fear our country lacks

Well, we kind of have that enthusiasm, it just all turns nasty when alcohol and getting beaten are involved.. I used to love going to watch Burnley, but just got fed up of the bad language (me - imagine that!), the edgy atmosphere and the nastiness.

Here's a picture of my cousin in Ibague, Colombia, on Monday .. 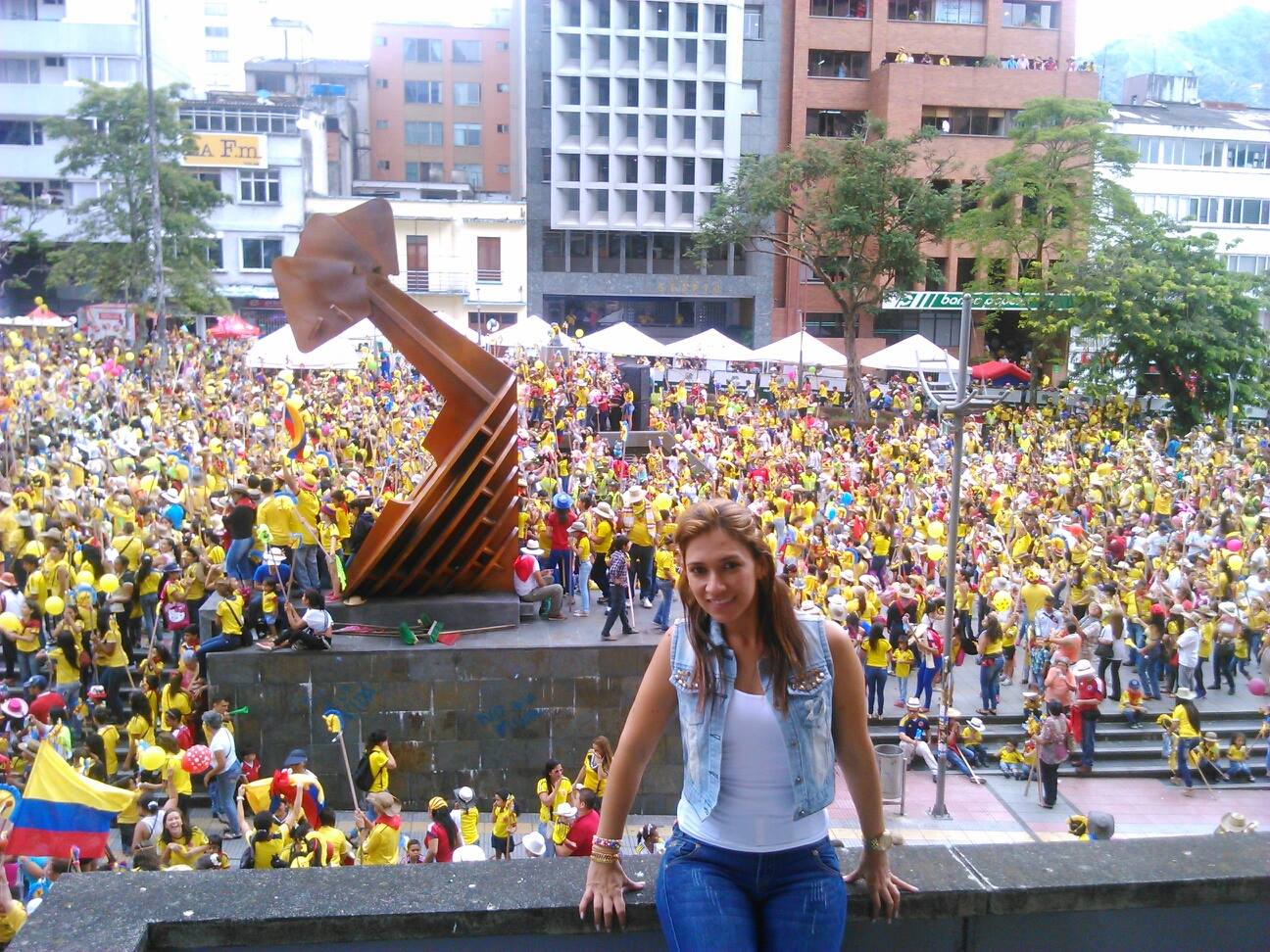 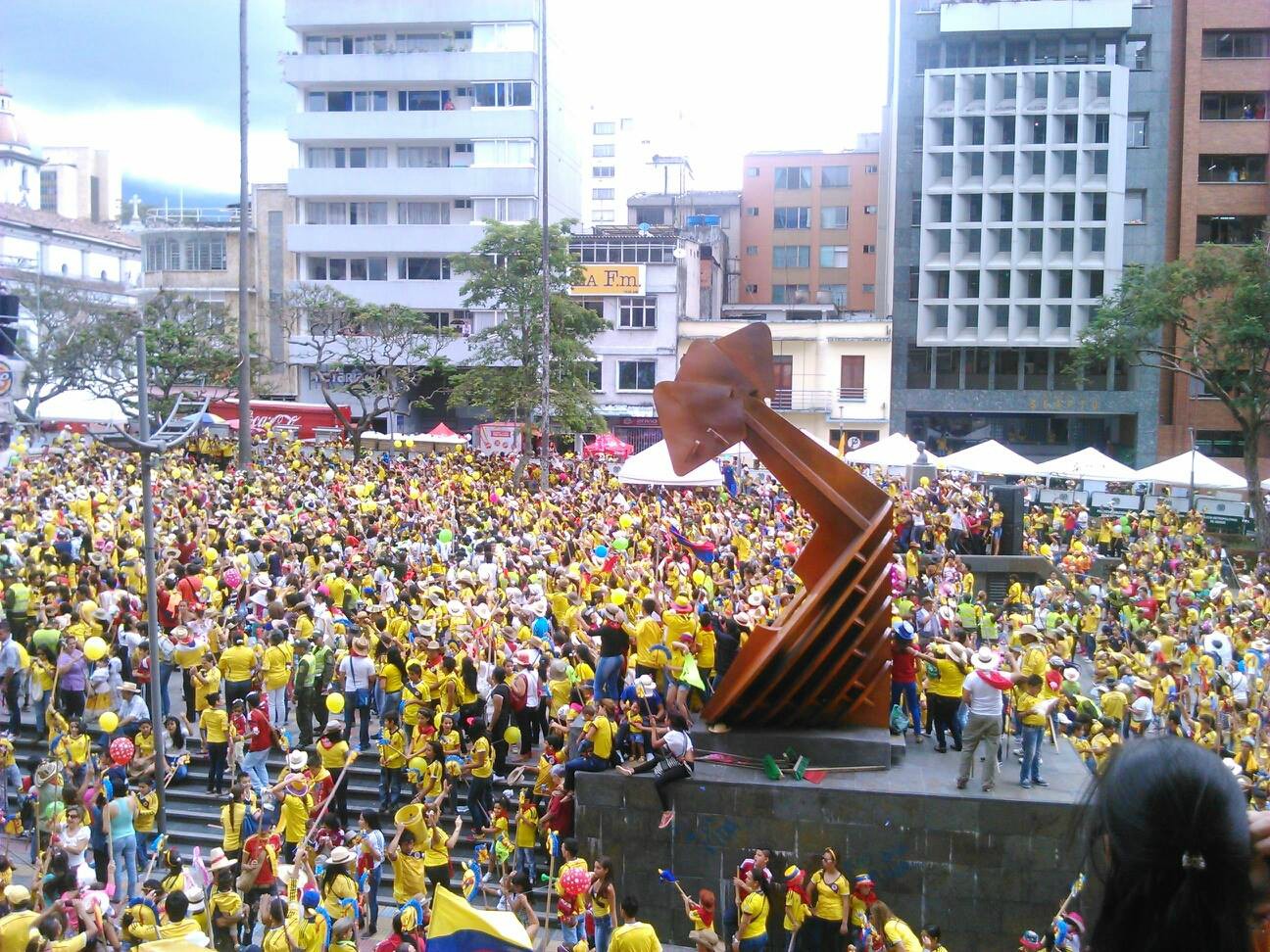 Completely nuts, and this is a small town. Bogota has major traffic problems, makes central London look empty usually. Can take hours to get just a few miles.

Not when football is on. It looks like this. Bear in mind anything yellow is a taxi... 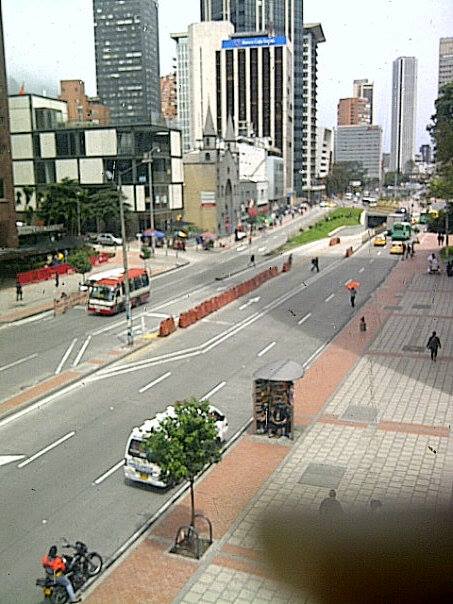 Well, today, I made my wife all excited by cleaning my parts in the kitchen...

Then I unscrewed everything, removed all the emulsion tubes, jets, screws and washed them with white spirit, then carb cleaner. Some crud was removed. It all went back together reasonably easily. I've oiled all the moving bits with Halfords bicycle oil, as it was the only light oil I had in the house. 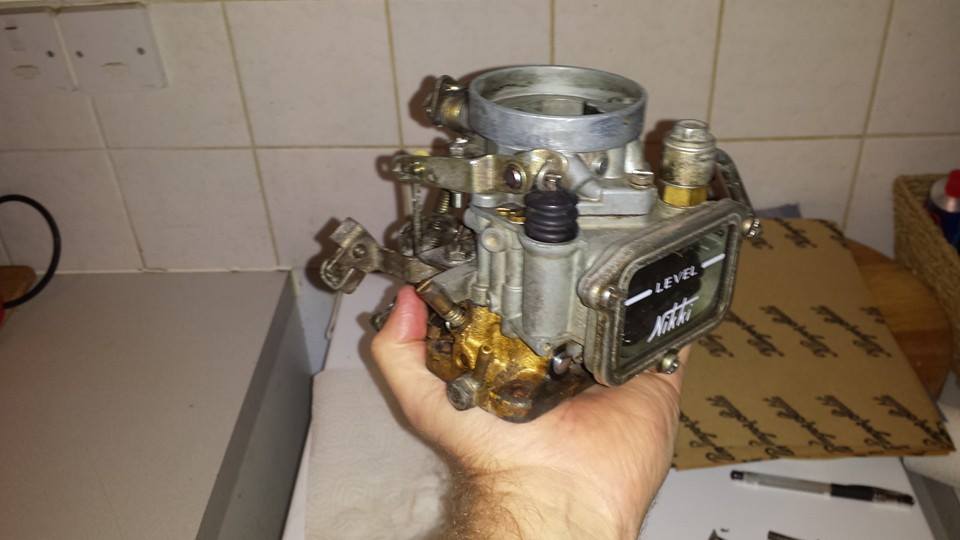 Nice and clean. Tomorrow, it'll go on the car with new gaskets all cut from the gasket paper I bought today.

It better work, as I need to use it on Friday. Then there's only one more day, Tuesday, which I'll actually need to use it to go to work in before I go up to Citroenmad Chris' place to pick up the C5. I can't wait to be cruising along in the warmth, on cruise control again...
Top

Good to see your kitchen finally being used for something useful

my my what hairy arms you wife has

, how did you entice her to hold your parts whilst you took photos, i spoz it is nice and clean in that picy,
i'll get me coat now
Top

CitroJim wrote:
Good to see your kitchen finally being used for something useful

Now it is just a case of replacing those cables, and it should be jobs' a good 'un.
Top

I'm not even going to replace the cables. I can't be bothered traipsing around, James.

Re: Re: Berlingo battles and DRKpers

, how did you entice her to hold your parts

It gets a lot more difficult as I get older, that's for sure.

If you can get the lengths and nipple shapes there is a bike shop near me where I might be able to get some replacements. I have used them in the past (when I serviced my eldest godsons' bike).
Top

Need a throttle cable but the others are ok. It's running really well but the throttle isn't shutting all the way when you lift off the pedal now it's actually adjusted correctly. Cable is old and kinked.

A bit like most of us then lol
Top

Well, seeing as the C5 has arrived to steal the DRK's parking space, and I've no throttle cable for it at the moment, I decided it was time to put it in it's winter parking space. I expect it'll get a cable and some use in a few weeks when we have visitors staying from Colombia who all want a go, but until then it can sit outside. 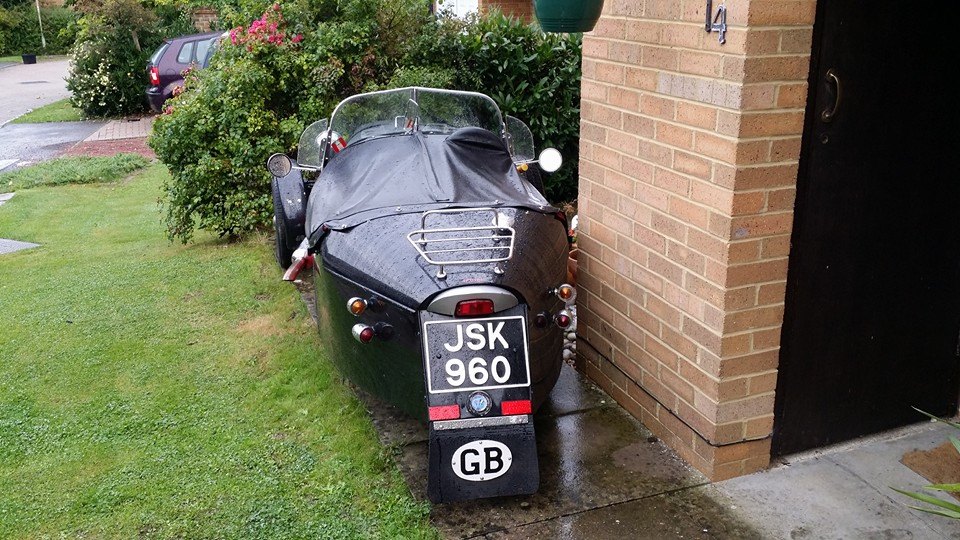 It's not physically possible to drive it there - with all it's wheels off the grass. I had to drive it in at an angle so both fronts were on the flags, then get out, and simply pick the back end up and swivel it round right up to the wall. It's my grass, but the neighbour cuts it and I didn't want to annoy him by leaving him space to do half a job, or have the wheels sink into the grass. It'll get lifted up with a wooden block under the front and rear of the chassis, which will be on axle stands. The wheels will just be in contact with the ground, so in case it does fall, it won't fall far, but the wheels won't have weight on them. I've got a decent car cover on order.

We got two new sofas today. That's not very exciting, but getting rid of the old ones reminded me just how useful the Berlingo is. Got a 2.5 seater sofa in it to take it to the tip, came back, took the chairs and other bits too. No fuss at all. It's still pretty tight to drive even with 100k on the clock, I had got used to it being a bit floppy and roly-poly, but it's actually taughter and nippier than the C5. I might have changed my mind to get rid of it if I can sort the few problems it has..
Top
Messages: 235