Neil has pointed out that we don't have a thread for wheels so I thought I'd get one rolling. So here is a new thread to post up pictures of wheels you have come across, love em or hate em! and any wheel related anecdotes !1

As an initial posting here is a picture of one of my favourite wheels:

I'll bring forward a wheel which I became reacquainted with today but always liked...Seventies of course!

So the XR3 had the cloverleafs and the XR2 the pepperpots but can you find examples of the cloverleaf and pepperpots on other cars and post them up. You will, perhaps surprisingly, be able to find an Aston Martin Lagonda with pepperpots.

Here is my favourite implementation of the pepper pot alloys:

mickthemaverick wrote: ↑
12 Feb 2021, 22:47
Here is my favourite implementation of the pepper pot alloys:

Lovely Mick, they were the ones they used on the Lagonda in one of its incarnations at least.

I do like Alfa's '5 leaf clover' as used on the clover leaf models:

This thread needs a picture of Activa alloys

Time for a wheel story! I have posted about my Messerschmidt KR200 before but as a reminder here is a picture of a more or less identical one:

As is obvious to anyone the rear wheel has the job of transmitting the power but not so obvious is the job of carrying the weight of the engine, fuel tank and battery, all of which are mounted to the rear. Therefore you can imagine that keeping the tyre in good condition is a priority which all owners are well aware of. One Thursday evening, on the way home from college, Bob and I had the misfortune of running over a broken bottle and puncturing the rear wheel. We struggled home with the car and removed the wheel to repair the inner tube puncture. That is when our troubles began.

As you may be able to see in the picture the wheels were of the split rim variety, like a scooter, supposedly making it a simple job to deflate the tyre unbolt the wheel and split it away from the tyre. Then the tube could be removed for repair or replacement and the process reversed to refit the wheel. It all sounds so simple!! This is what really happened:

Firstly the job had to be undertaken in the road outside my house as we had no dropped kerb to drive up, especially with a flat tyre. Having no suitable jack we enlisted the help of Bob's brother to lift the rear end and sit the chassis on some timber we had giving wheel clearance. I removed the wheel and we retired to the front garden to carry out the repair. Having removed the wheel clamp bolts we set about splitting the wheel. Screwdrivers, tyre levers, flat files, claw hammers and even a garden axe were employed as levers trying to split the rims to no avail. Careful chiselling between the wheel rims helped separate one side but basically the rims were rusted together and we were getting nowhere. One of us had the idea of pulling it apart with straps round each bit through the gap we had made. We ransacked the shed and eventually the wardrobe to produce a pair of thick leather belts which would thread through the hole and set about having a tug of war. The belts were sound and we had a fair grip each but all we succeeded in doing was pulling the entire assembly out of each others hands, getting more and more feeble with each attempt.

Then a flash of inspiration, we lashed one belt to the tree outside my house and both took hold of the other belt thus using our combined force against the tree to yank on the wheel !! Still no movement. Then came the final flash of genius, why not use Bob's car to pull our side of the wheel against the tree? At the time Bob had a 1500cc MK1 Cortina automatic complete with red bench seat in the front, many stories about which may be told elsewhere, so he walked down to his house which was only 70yards away and brought his car up. We looked under the back of the car and settled on a protruding bit of chassis to tie the tow rope to, then out to our belt, through the belt and back to the other chassis rail. Fully secured I hid behind the tree while Bob got behind his steering wheel and engaged drive. A fair bit of tyre squealing followed and Bob eased off the throttle while we looked at the situation again. The belt around the tree had ridden up the tree shredding the bark from the far side as it did so. We decided to stop using the tree and reconnected the stationary belt round the adjacent telegraph pole, which also has another story of its own to tell one day, and got back in position. Using the pole had the advantage of moving the car 15 yards up the road onto a recent patch of tarmac repair which offered more grip. Sure enough as Bob hit the throttle for the second time the belts tightened and began to stretch and then "BANG" it gave way and Bob shot up the road trailing half my wheel and all the tyre behind him. At this point we both collapsed into hysterics when we examined the part of the wheel attached to the pole which was doing a great impression of an egg!!

And so we had some fun, learnt a lot and ended up fitting the spare wheel to the car which was in my shed all the time. I drove around for a few weeks before I found a replacement spare at a breakers yard and all was restored to normal!!

I had visions of the wheel sailing through the air and through the rear screen of Bob's car.
Top

You're not the first to suggest that possibility Steve but fortunately the rope was long enough to mean the wheel just shot under the bumper and stayed safe!! 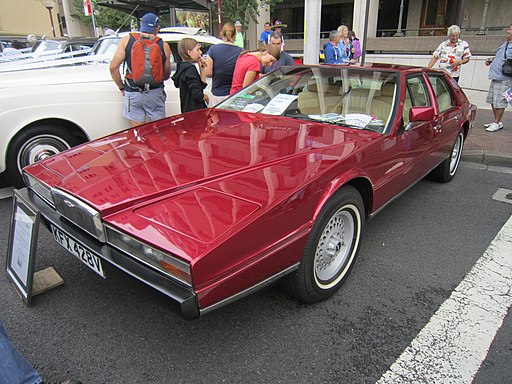 There is at least one French car that sported pepperpots posting up invited!

Is this what you had in mind Neil?

Of course Ford didn't only put them on the XR2 but also it's bigger brother: