I have at last got the dates for SWMBO's trip to Australia so I have started looking at my intended road trip from 23rd to 26th March. I intend to visit Ely Cathedral, cross the Humber Bridge, saunter up to Scarborough for overnight at a travel lodge or similar. Then on past Filingdales to Middlesborough Transporter Bridge and the Tyne Tunnel for lunch at The Drift Cafe. After lunch follow Hadrian's Wall to an overnight in Carlisle or Penrith. Then down via Windermere ferry and Mersey tunnel to overnight in Shrewsbury. Then Iron Bridge and down the Severn Valley towns to call in on Bloodhound before heading home along the Thames Valley.

So lunch in the drift cafe on Tuesday 24th March and other possible FCF member lunches to be arranged if anyone has any suggestions along the route?
General idea:

Borrowed Base plus my routeish

Excellent idea Mick, and having mapped out the route I'm sure there are places of interest on the way or just off which will qualify for "nice places to stop off at". Over the various threads on the forum lots of interesting ,,,and obscure places have been covered. Ely Cathedral has featured as the backdrop to Pink Floyds Division Bell Cover for eg. and here's a nice railway poster of Scarborough to recreate with a bit of sophisticated patter entered by yours truly, 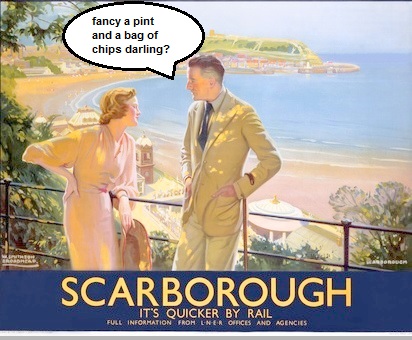 and not forgetting Mathewsons Classic Auctions just down the road at Thornton-le dale. Time it right and there is an auction on Saturday 21st March 2020

If you are anywhere near Didcot they have the Didcot Railway Centre;

Hopefully I'll get some suggestions and lunch companions along the way!!

Meanwhile I feel a soap opera coming on:

There'll be the Coleford transport show on April 13th, Easter Monday unless things change between now and then, too late?

Unfortunately yes Gibbo, The finish date is scribed in blood, SWMBO arrives back on 27th so I have to collect her from the airport and return to the application for freedom passes agreement!!

Likewise the Mathewson's auction is too early as I have a commitment for that weekend. However Peasholm will be added to the route thanks Neil. Didcot is a possibility thanks James, depending on how the last day pans out, but it is close enough for a visit on another day anyway.

Peasholme Park used to be nice, I liked the miniature railway.
I recall vividly being taken to the open air theatre to see "Annie Get Your Gun" .
Deadly boring and bloody freezing, grim coffee from a thermos.

Probably why I can't stand musicals.

Changed a lot since I was last there, my nephew was doing construction work there for a couple of years.
Top

There is, near to Pangbourne, Beale Country Park, which is nice (and is not too far from Basildon Park). If you like a good Doner Kebab there is a decent place in Reading (near to the Cemetery Junction) called 'Ye Babam Ye" who do a mean kebab (among other things). Their Special is massive (you won't need to order anything else, and if you do it will probably go to waste!).

The plan so far:
By clicking and zooming you can see the photo targets along the way!

The route from Didcot through Reading covers my three suggestions (if you have enough time, that is).

If you don't mind a bit of a diversion, The Black Country Living Museum in Dudley could be worth a (long) visit.
Top

(Typed this before your map Mick.....Its a bit off your route so like I say in the post...maybe one to note for another time

You will probably pass through Thornton-le-Dale as you head from Scarborough to Pickering (Nyorks Moor Railway worth a pause at). The auction will have taken place on the Saturday but pay your token £1 at the office and you can have a wander about they always have the place full of classic cars and motorbikes and automobilia even if a sale has just taken place. Plenty unsolds from the auction also available at negotiable prices!

Hope you get a decent flavour of North Yorks it really is a gem of a destination for us. Turn off at the minor road signposted Yorkshire Gliding Club at Sutton Bank, off the main A170 Scarborough to Thirsk road and have a stroll along the footpath at the end of the airfield. Alf White (James Herriot) reckoned that it was the best view in all of England with all of Yorkshire laid out before you....he did concede that he was biased of course. You aren't going to see it all but nice to take some time to stop a while, have a little walk and take some of it in, and make a few mental notes for the next time.

Hell Razor5543 wrote: ↑
30 Nov 2019, 11:51
There is, near to Pangbourne, Beale Country Park, which is nice (and is not too far from Basildon Park). If you like a good Doner Kebab there is a decent place in Reading (near to the Cemetery Junction) called 'Ye Babam Ye" who do a mean kebab (among other things). Their Special is massive (you won't need to order anything else, and if you do it will probably go to waste!).

Great suggestions James, a Beale Park visit during my trip would be cited as grand treason so we'll do that with the grandchildren on a day out!
Basildon Park obviously needs time to wander and I won't have that on the last day but noted for the future.
Sorry, I don't like kebabs!!

You will probably pass through Thornton-le-Dale

Thanks for that Neil, I will amend the route to have a snoop at Mathewsons. We have previously had three long weekends in N Yorkshire, one based in Pickering for the railway and Herriot country, one based in Goathland for Heartbeat and Whitby and one a few months ago for the Raptor society annual meet which took us around Sutton Bank area and the Herriot (White!) views. I do love it up there but I will only have a morning through the area on this trip. It would be great if you and Steve and anyone else around could make it to The Drift Cafe on the 24th? 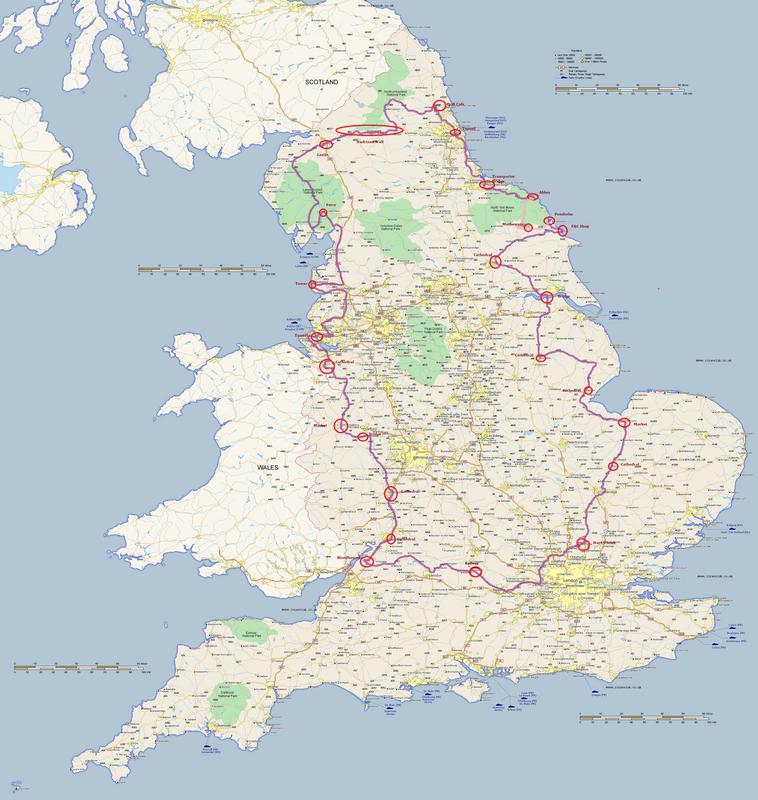 Is that Whitby on your route?
I can barely see any place names. Downloaded and zoomed but it just breaks up.
The Transgender bridge was one I made a guess at. Sixty years since I was on that. Passed it every week for twenty odd years and never managed to cross it.
Haven't been to Whitby in over a year, must go and see my brother one day but can't seem to get organised.
I have to go to the UK Biobank and have been putting that off for six months, only four miles away

Also have to go the the Swedish Consulate next week and panicking about that, not having to go there but the logistics (parking in Newcastle).
So while it seems a good idea, actually committing to do something could be a problem.
Top
Messages: 397