I am quite virginal in this respect as reported in todays POTD but others may over their motoring years have owned/desired a convertible/cabriolet/roadster/décapotable/drop-top/rag-top.

Plenty on offer at the classic sales, always tempting.

So at the risk of a zero participation thread but never afraid to miss, your contributions are invited! 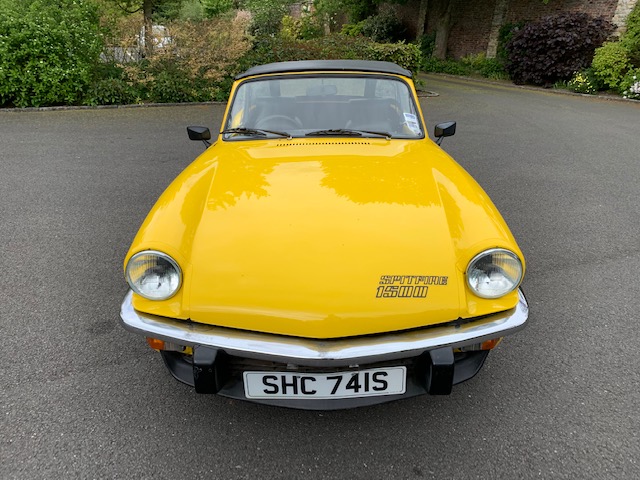 I've had four soft tops in my time starting with the Messerschmitt KR200 discussed in Unusual Engines, I followed that up with a red Lancia Beta Spider which had "cruise control" which was actually a manual lockable throttle lever!! Then came my all time favourite Toyota Celica Convertible in white which I owned for 19 years and was fitted with aircon button but no aircon installed!!! And most recently I had this beauty: 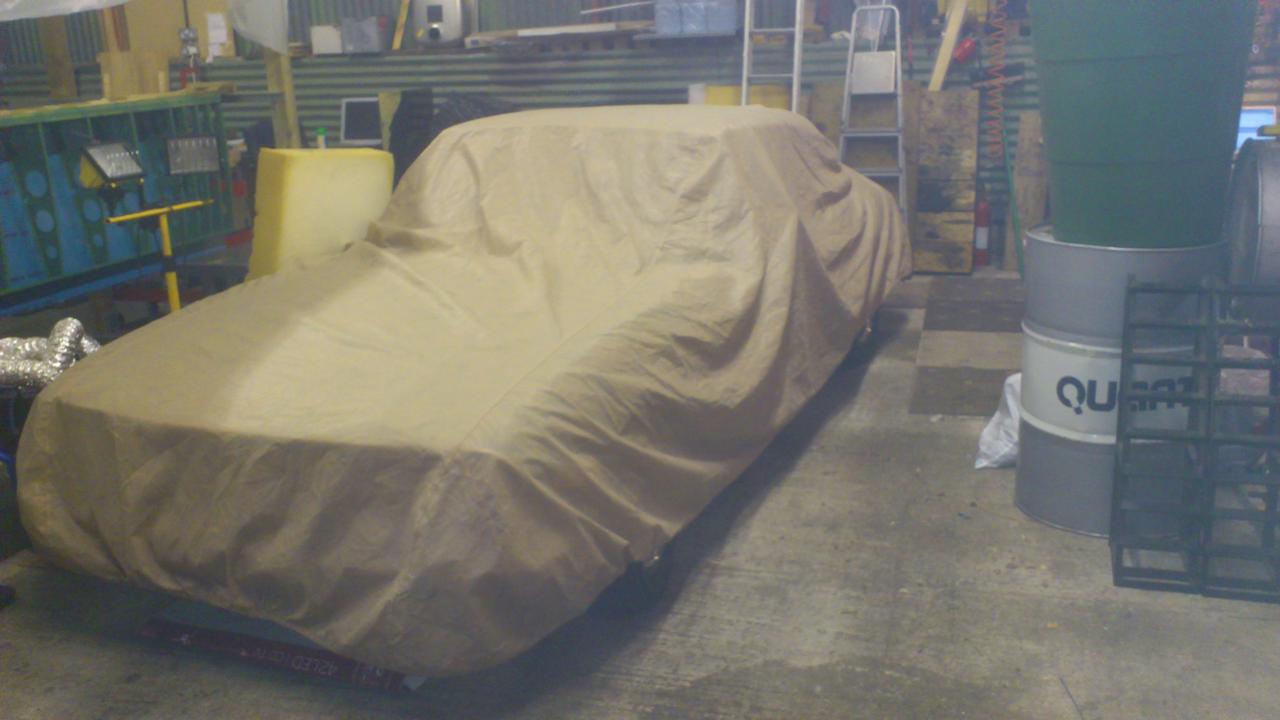 Only this time you have to tell me what it was and I'll post a proper pic when I know!!

When I was 19 I bought an Austin A35 and an accident damaged late Mk1 Mg Midget with the intention of transferring everything into the A35. That proved too difficult as the A35 was too rotten so I ended up driving the Midget. I had also bought a 1275cc engine separately and this replaced the 1098cc in short order.

Later on I had a Mk 2 Midget, also 1098cc, and the 1275 went into that. Later on still I had a round wheel arch Mk3 Midget which I went rallying in. To no success as things constantly broke! That car still sits in my garage some 35 years later! There were a couple of runaround Midgets that lasted a year each at most in the mix as well. On top of that my wife had an MGB Roadster when we got married. Again that still exists - sort of - as the rolling bodyshell sits in the drive and the rest of the car is scattered around the house, garage, two lock-ups and back garden shed!

So, yes, I've had a bit of experience!
Top

Very little to go on there Mick you describe it as a beauty so it is more likely to be italian than german.

It looks long theres not a Jaguar XJS under there? 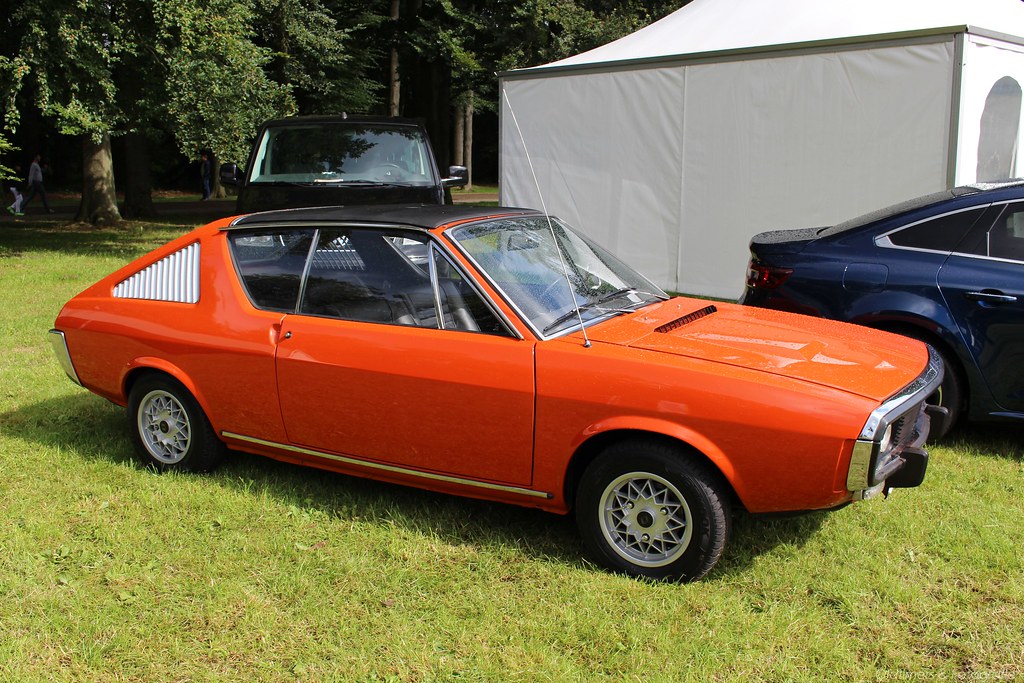 Couple of guesses anyway, I think we need just a bit more to go on....

That should let you eliminate a few

Appeared at Hertford Heath in a classic meet video....

Just wonder if It may be close. Mustang Convertible

Now that would be an "I wish"!!!! The show was only 4 miles from me so smart thinking ...but wrong!!
I have two more clues, here's the first which will give it away if you are the right way inclined:

What do you think of that? (The background is in my workshop so sorry about the mess)..

Well I'm thinking Triumph Stag now but would that make that engine the original Triumph one or the Rover V8.

If I'm wrong then it narrows it down for others!

Does yours have the word STANPART stamped on the casing like this....

If so its the Triumph Engine! 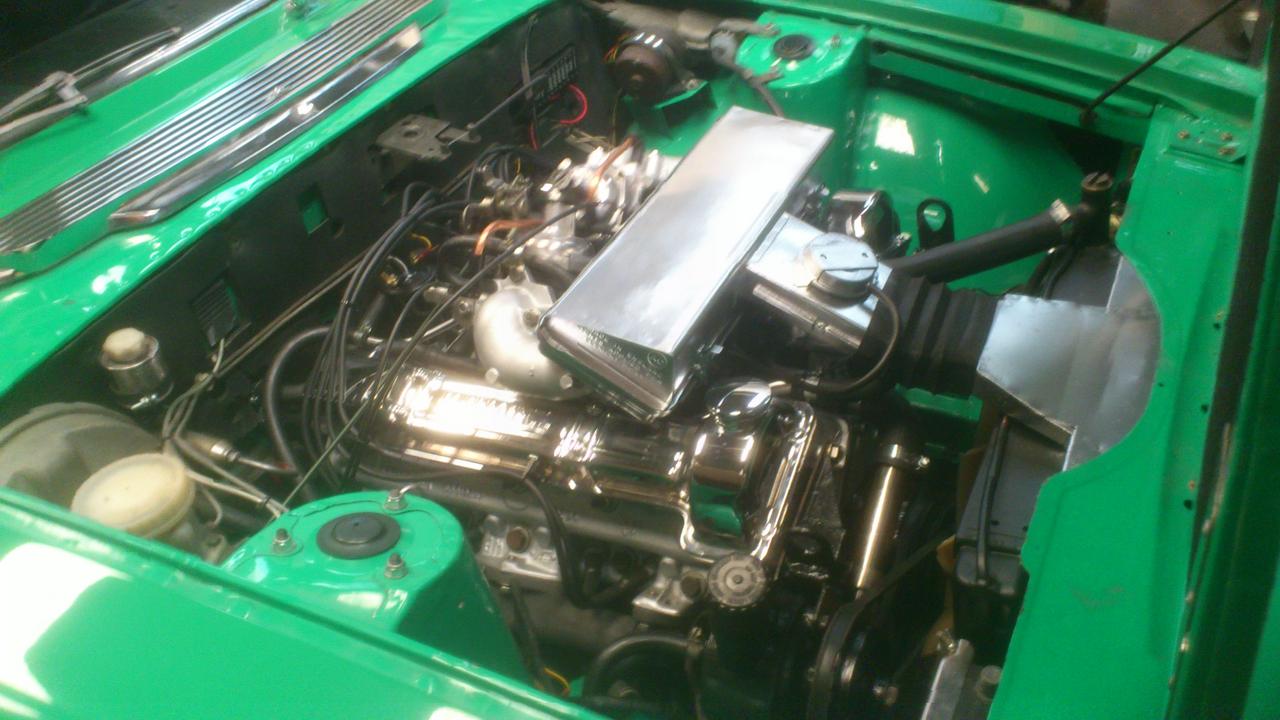 Enjoyed that Mick. Is thats whats known as Java Green.

Here's a row of stags from a car show we went to at Moffat at the weekend. Quite an array of colours

And yes it does, no rover stuff for me!!: 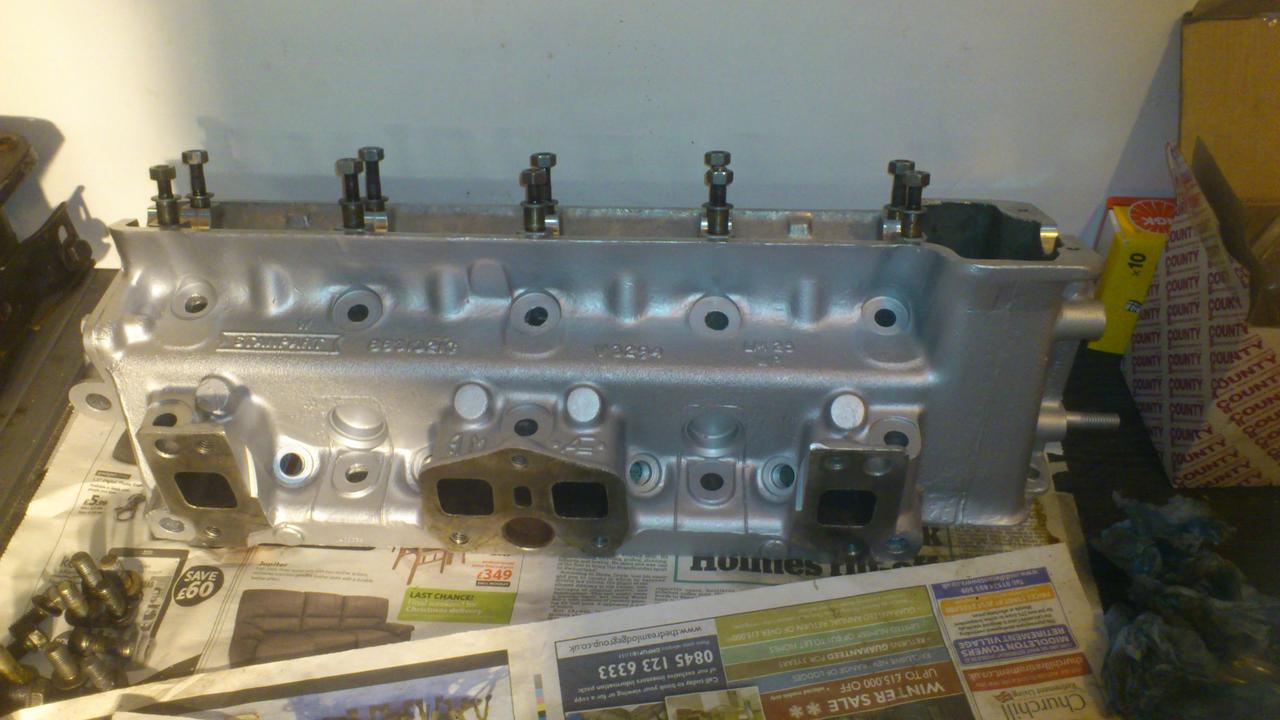 You are on the ball!! 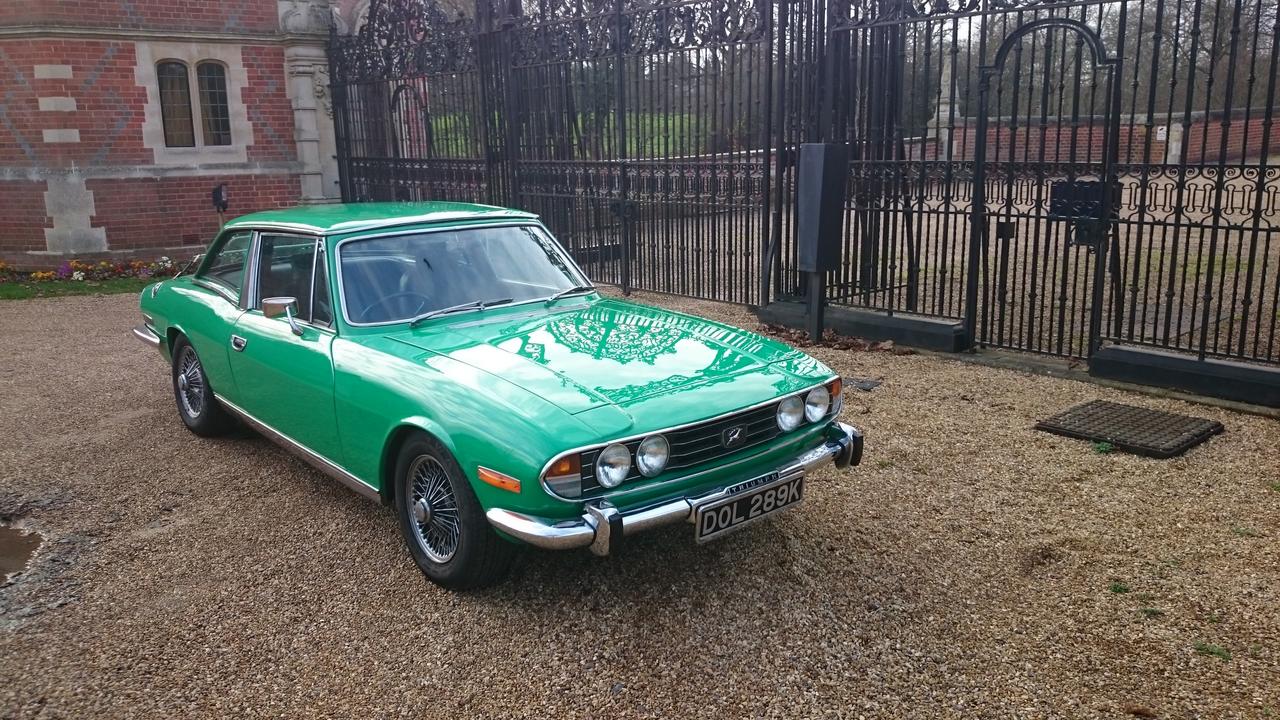 and a poor pic with the soft top 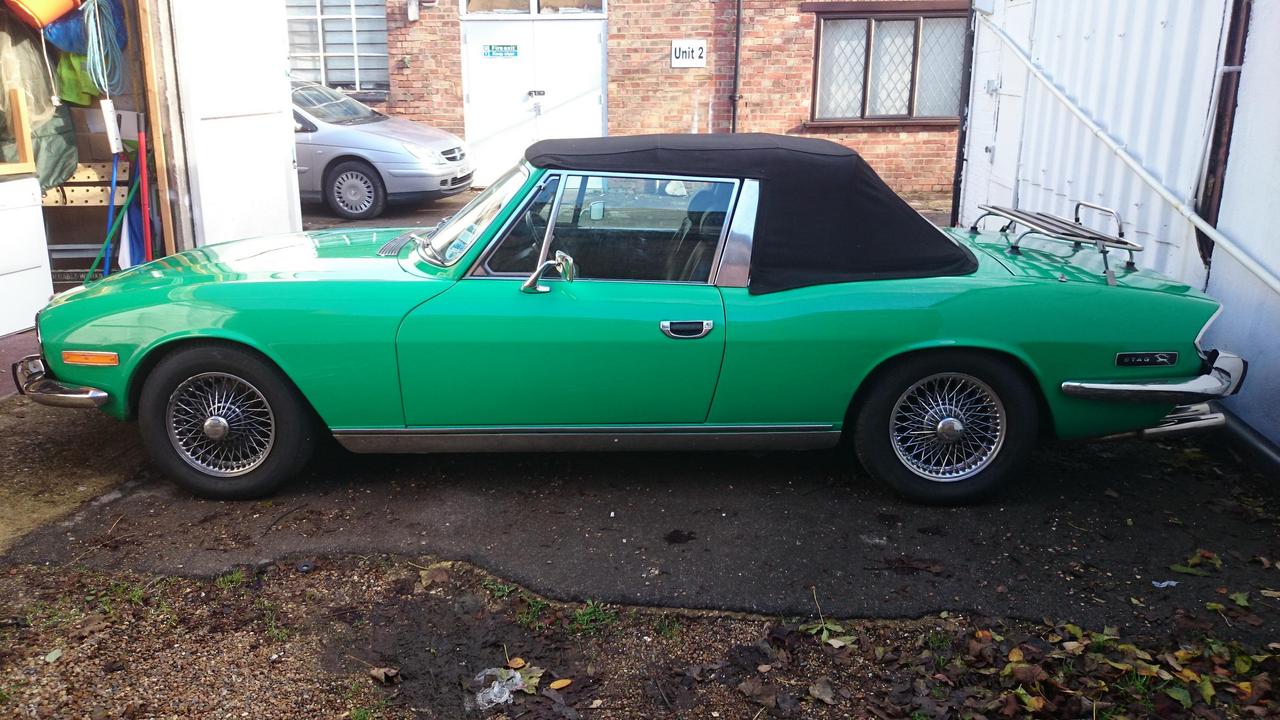 Thats a nice row but no Java Green!!
A bit of fun for a Sat eve!!

He's demonstrated amazing powers of deduction in the past. One day I'm going to put up a picture of a wheel nut and ask him to work out the car, year of manufacture, colour of bodywork and age of the owner

I've owned a mildly unconventional 'soft top' for years - my aged Land Rover currently has a full soft top, though it's (still) away at a mate's place having some major surgery..... and at the rate he's making progress, it will be for many years yet

I've very recently bought another convertible for not a lot of money - an MX5. MOT'd and all is good with it, but I can't resist tinkering so it's already had engine oil & filter change, gearbox and diff oil changes, removed to poxy '"cold air intake

" air filter and put an original airbox back on, fitted a replacement (original) electric aerial in place of the 'rubber duck' and got some half decent rear brake discs to replace the round rusty things currently occupying the space there. I've been pleasantly surprised at how easy it is to work on for a 16 year old car. I'm used to working on my C5 so was expecting some of the bolts on the underside to round off or snap their heads off whilst staying firmly stuck, but no

everything comes undone without protest. How come Mazda can source bolts that don't shear off when Citroen can't ?

Very kind! Here's one little taskette that remains outstanding in spite of researching dams in Spain (presa de embalse) never managed to nail the location of this one used in the citroen "Take the long way home" promotional video.