About half a dozen Frenchies on the list mostly Peugeots.

Watched James May's Cars of the People the other day, and the most long lived personal transport vehicle in the history of the planet and still being made is.....


Spoiler: show
The Honda super cub. In continuous manufacture since 1958 and passing 100 million machines in 2017. 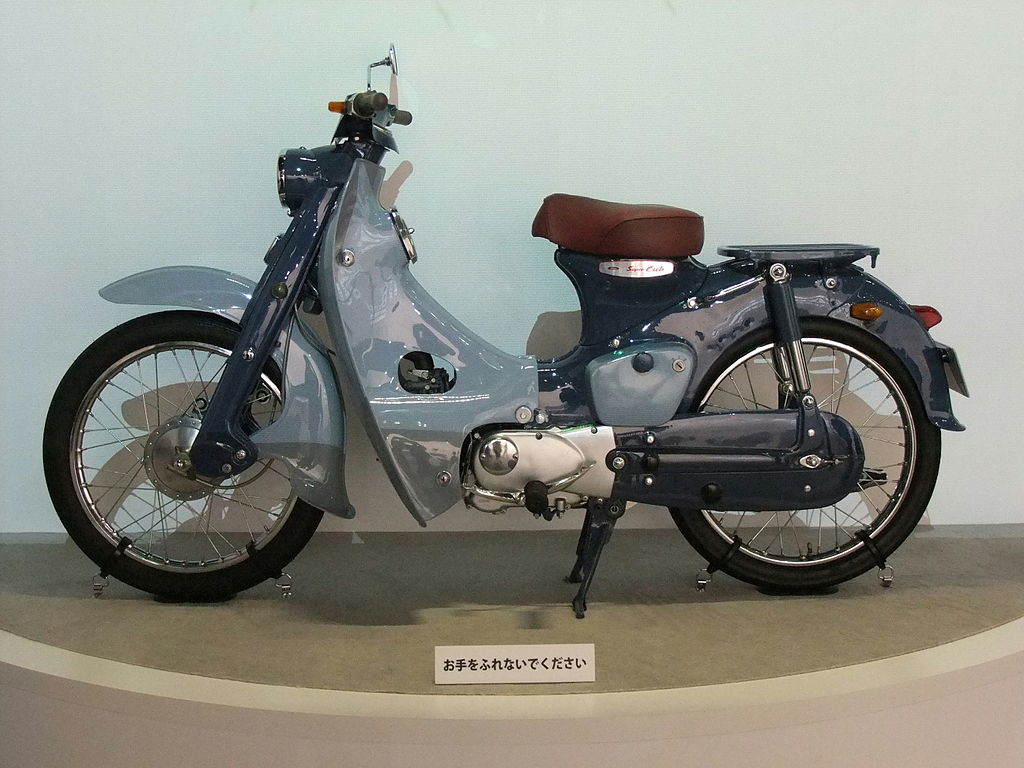 [] Saab 900, 1979 to 1993 I think.
[] Austin Metro - 1980-199...8? If you count the Rover 100 as a Metro... despite sharing a lot of metal I personally don't as they're totally different cars to drive.
[] Mercedes T1 van - 1977-1995. Unlike the Transit, having not undergone any major facelifts in that time. Few changes to the engine line up and options available, but the vans themselves remained unchanged throughout their run pretty much.
[] Lada Riva - 1983-1997 - if you're specifically talking about the Riva, and in UK spec. It's 1983-2015 otherwise...and if you want to count the earlier models which are essentially identical save for a few upgrades and some body panels, you can go back to the early 70s when Lada bought the obsolete Fiat 124 - lock, stock and production line, and it gets complicated!

I always wanted to get a Fiat 131 Coupe and make a Lada Riva Coupe...however the fans of classic Fiats would probably send a hit man after me!

[] Lada Niva. Can't remember exactly when it was launched (1977 I *think*), but that's still in production today.

Most of the rest of my fleet have had relatively transient lives in comparison.
Top

Go on guess what car he owns before looking it up, and give yourself a pat on the back if you get it right!

Irv has replaced the brakes at about every 100,000 miles. He never ignored odd noises, smells, or vibrations. He changes the oil every 3000 to 3500 miles, re-bushes the carburetor about every 900,000 miles, and gets about 1 million miles for every mechanical fuel pump.

I once knew someone who got nearly 800,000 miles out of a Triumph Herald, I think he fitted about 5 engines, 4 gearboxes and 2 differentials to reach that...

On long-lived models, the Jaguar XJ-S was in production, and essentially the same design from 1975 until 1997. It was nearly axed in 1980 after sales dropped to near zero, but from then on (with improved engines) sales figures grew significantly and there were over 100,000 sold in total, which is not bad for a heavy thirsty impractical car with marmite styling.
Top

I remember an episode of Top Gear when James May drove a professionally re-worked Jaguar XJ-s (series one, IIRC), and loved it. All the sub-standard components were replaced with far more suitable parts (including bushes and, I believe, wiring), and the car then was how it should have been produced. The company could do the same with the XJ-6 of the same era (the one with the 'pepper pot' wheels).
Top

It is not entirely correct to say that Jaguar cars were built by British Leyland, as Jaguar management stayed largely intact after the merger, and was the only BL marque to keep exclusively its own design team and factory. They did have to contend with the same unions as the rest of the group, and although the only profitable division of BL, their profits were all syphoned off to subsidise BMC models which were manufactured at a loss.

The segregation of Jaguar within BL was a main reason that it could be successfully spun off as a separate company in 1989.

I would agree that the early XJ-S is the nicest to drive, and the handling is remarkably good for a car of its size, but can be a handful in the wet.
Top

The Car Mechanics Magazine for July 1979 which I unearthed today, had this piece in it

500,000 miles, never had the head off! and a Driving School Car. Probably very good on the skid pan!