I found this on the Internet. 50 different car dashboards, and Citroen make numerous entries;

Must admit, the first Audi TT dashboard is one of the nicest I've seen first-hand. I'm not a huge fan of the C6's though, looks a bit too heavily borrowed from a 407, especially the radio / A/C controls.
Top

Good to see the GSA made an appearance, that dashboard is lovely!
Top

Some in there even I've never heard of, and car dash and interior design is one of my specific interests.

Not sure if I agree on their choice of the E36 BMW as "understated and elegant" though...more like "boring"

I'd pick the Saab 900 for the simple but elegant and well thought out category.

Audi TT closely followed by BMW E46 for my favourite "clear and easy to use" dashboards. Boring is good. Clarity is what's required. The Germans do this way better than the rest. The Saab 900 has too much rammed into a small space, and too many colours.

The worst for me was the Series 1 XM. My first XM was a K plate 2.1SD. It had a twin-spoke steering wheel and the spokes conveniently hid a row of switches behind each one. They all felt the same too, so you had to actually look to see which one you were pressing. MK1 C5 is also a mess of a dashboard IMO. I'm not a fan of instrument "pods" that have all the instruments in one. They should be separated properly. Much easier to see.
Top

Have to agree on having things nicely segregated being a good thing.

Surprisingly one of the best dashes I've come across from that perspective is in the Lada. Big speedo in one dial on its own, and fuel/temp gauges in the other. Four big chunky rocker switches positioned with a pair flanking each side of the instrument panel. None requiring you to move your hand more than a couple of inches.

Heater controls are at the same level too (why does everyone bury them down by the gear lever these days?!?) though they're not exactly intuitive so lose a few points there. Though once you've learned which slider does what it's dead easy to use by touch alone (good, because it ain't lit!).

The only stuff that's below eye-level is the hazard switch (where you'd "normally" expect the ignition to be), and the panel housing the headlamp levelling and dash rheostat which lives down by your right knee. ...not controls you're likely to need regularly or in a hurry.

Being essentially a 60s design that was cheaply rehashed in the early 80s it continues to surprise me how well it works ergonomically speaking.

For outright clarity of instrumentation - very hard to beat an 80s or 90s Volvo I think...
Top

Just to back up the original Audi TT dashboard: 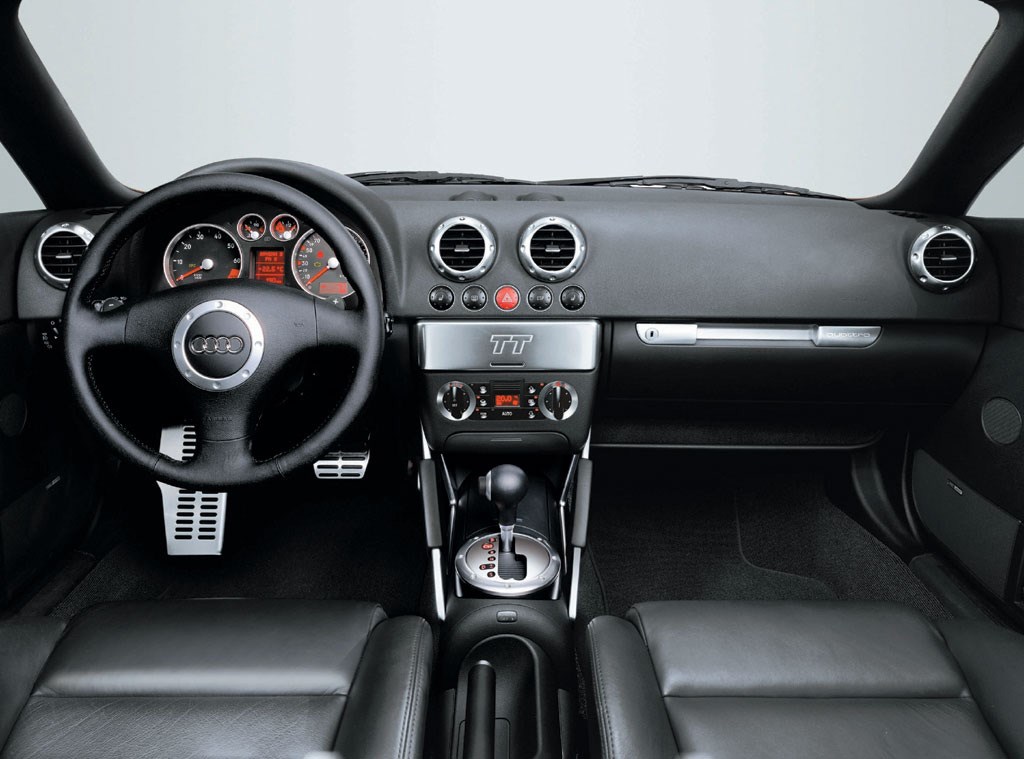 I love the integrated cover that can fold down over the radio, very smart. In addition the pop out buttons for the heated seats were great, it allowed 6 different heat settings, double the normal number of graduations in most cars!
Top

A second for the GSA dash, closely followed by the CX for me. Both completely unconventional, quirky, out there and gorgeous.

Yep...the GSA dash is a thing of beauty and a joy forever I think. Don't think I've seen it in green before...the speedo/rev counters have had a yellow background usually don't they?

I'd love to get hold of one, no idea what I'd do with it...but I'd figure out something...

Always had a soft spot for cars with a "damage report" display. Remember thinking that the little diagram on the dash of our Fiat Panda was very cool as a kid.
Top

How about some 'classic' American stuff.

Generally anything French or Italian is streets ahead of the rest. Personally, The Saab dash is sheer class and sits at the top of the tree followed by the CX and the Lagonda.
Top