Would a receptacle be useful for self-drive cars? Well here it is.

News story this morning on BBC with that famous old British Marque Jaguar. Will have to look up who own it now.


The first self-styled "premium" autonomous car has been unveiled in New York - and it's a Jaguar.

The vehicle, made in conjunction with Google's self-driving unit Waymo, will be tested on public roads this year. 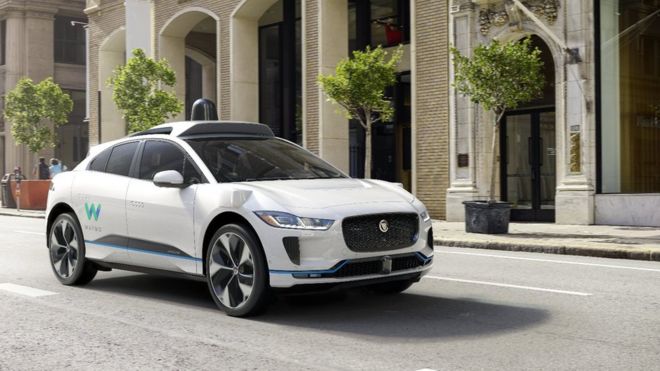 Wonder what the Village Green Preservation Society would make of Self-Driving Cars!

..er yes just an excuse to "play" the Kinks i know

PS Kate Rusby does a good version of that song see what you think! Love the accent!

I reckon the best use of self-drive cars is in a bit more modest position in the market, small electric cars for a mixture of shared use /taxi /hire.

Where I live, there are households who could do quite well enough on just a share of car use, rather than owning the whole thing.

One of the retired neighbours doesn't own a car. We met her by chance at the supermarket and gave her a lift home, but otherwise she seems to be spending £5 or £8 or so each way on taxis, and has modestly turned down her next door neighbours' offers of regular lifts there

About a mile away is a railway station which 40 years ago used to have 0 or 1 car in the car park, but now has 150 or more there and in the nearby roads. What is the point of owning a £20,000 or more car and parking it at the station for 60 hours a week?

A self-drive car could pick up 3 or 4 people and give them a lift to the station, do this in 3 or 4 rounds morning and evening, the odd few people for some of the trains during the day, stay on charge in between, still work out quite a bit cheaper than a taxi that not everyone would want to fork out for, and far better than tolerating all that depreciation on probably a family's second car
Top

After that there was this.

Mostly irrelevant but from 6'47"

I think the technology created from making these automous cars, is useful. the concept itself to me seems, frivolous. However, they are selling, people are buying, how much the autonomous portion of the car plays a part is questionable. I'm glad that supercar manufacturers are not keen on implementing it into their cars as that would be an absolute train wreck. You already get enough crashes from supercars, because people can't handle the power. this article here with the CEO of Lamborghini is interesting https://www.wired.com/story/lamborghini ... f-driving/
Essentially using the tech from autonomous driving to make the cars safer to drive, or make driving tests more thorough(thats another topic entirely). I mean I usually rent a supercar for the odd weekend from here: https://www.super-car-hire.co.uk/supercars/ With the horsepower varying from 400 odd to 600ish, and I've had similar convos with the people over there about autonomous driving.
Top

Slick Nick wrote: ↑
17 Apr 2018, 12:52
I think the technology created from making these automous cars, is useful. the concept itself to me seems, frivolous.

Its a good job I'm not a car designer. I would keep it just too simple. A vehicle that would get me from A to B in comfort, at a leisurely pace, room for the dog and a bit of luggage from time to time, as cheap as possible to run, and outputing zero emissions as I tootle along my merry way. Last on my list would be giving it a self driving capability, and becoming a hostage to never-ending software and hardware upgrades to maintain that capability, which I have no desire ever to use.

An article on wired which caught my attention as I clicked on your link is this:-

What do self-driving cars need?......sensors and software, lots of them, and lots of it! and what does software always need?......patches and upgrades! From the article...

"If, say, any autonomous vehicle built five years ago wants to work today, it needs an upgrade—there will be new car models to recognize, new traffic patterns to negotiate, maybe new, climate changed weather patterns to contend with. “The environment isn't static,”says Forrest Iandola, the CEO of the startup DeepScale, which builds perception systems. “Even if you, in theory, have a perfect system for today in a certain location, that becomes stale.”

Vehicles will also constantly encounter new situations on the roads, and contend with obstacles engineers might never have dreamed of. “As soon as you turn any sensor to face the outside environment, the number of different things it could see is on the order of the number of permutations of atoms you could see in the universe,” says Iandola. A bunch of tigers escaped the zoo? Time to train self-driving on tiger images—and update."

Not quite autonomous but a step along the way.

All well and good but my niece was driving around in a BMW 640 about 15 years ago that did this.
Top

"...the car will detect an impending collision, and give the driver a warning. If he or she doesn't take action, the car will brake automatically."

Should be fun when aggressive drivers realise they can cause such vehicles to automatically stop, effectively giving way to them without risk of collision.
Saw a few kids over the hoidays enjoying holding up traffic by weaving and riding in the middle of the road on their pushbikes. They'll make great motorists when old enough.
Top

Lane Keep Assist LKA: uses a front-facing camera to track lane markings, it automatically corrects your steering if you stray into another lane

This one I'm definitely NOT in favour of - can you image going anywhere with roadworks in the UK (which is just about everywhere) with all the cones splayed across the roads and the lane markings all over the shop - your car would be autonomously whizzing all over the place like a demented dervisher.


Autonomous Emergency Steering: currently under development, it automatically steers you away from another car that is on track to hit your vehicle

No thanks to that one either.
Top

The day I'm told I have to have a self-driving car is the day I'll give up having a car.
Top