I realise my Xantia already have its own thread, but I feel it can actually deserve another (and I think - once you've read this - you'll agree).

As you therefore also know, my Xantia recently got a new paintjob. But that's not all it got. It has several fixes down to it, to prolong its life. And after the last visit at the shop, two Citroën shops said there were no outstanding issue with the car.

Which is good, because yesterday I took this picture: 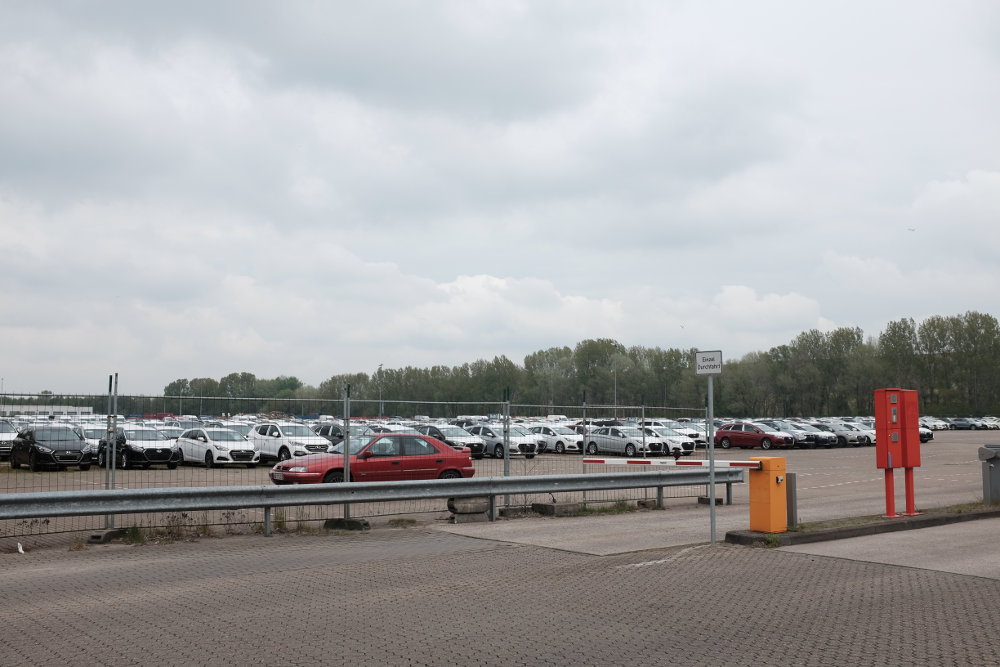 That's in Bremerhaven, Germany. Without making you guess too much, let's just say that the next time I'll be taking a picture of my Activa, I will be in Newark, New Jersey.

For three months, I intend to drive around the North American continent (excluding Mexico) in my Xantia. It's something I've been planning for one and half year so far, which has mostly involved paperwork. And on 10 June, I'll be there to pick it up.

This is merely an introduction to this project. I'll be showing far more pictures, once I get over there.
Top

So, I guess we're allowed to take Xantiae over there as a tourist then? I ask because the slam panel moulding specifically states the car isn't approved by the US/Canadian government. I guess it's some red-tape over a perceived "safety issue" to do with hydraulic pressure and brake loss. (mind you, if that were true how did Jaguar go on, they had some kind of HP brakes in the XJ40 at least...) Good to know they will allow them to be driven in their fair land by somebody qualified and intelligent enough to do so lol
Top

I may be wrong but I recall that the rule preventing hydropneumatic cars in the States was superseded and they now are allowed.
Top

Doesn't the Soarer have hydraulic suspension? They've been allowed in the US for ever..

It's probably more likely the body moulding and shape doesn't adhere to US "safety" standards.

The problems aren't due to federal law but to local laws, each state has it's own set of rules some more strict than others, California is especially tough on emissions.
Some of their own vehicles allowed to continue in use are frankly 'sheds' but I doubt they'll let an interloper get away with too much.
Top

Wasn't it the lack of a headlamp aim that got them banned originally?
Top

Look up the US Department of Transportation HS-7 form, and find box 5.
The car is exempt from all US regulations, as long as it keeps its plates, I am a non-US citizen, I export it within a year and do not sell it while I am there.

But yes, what got the DS banned was that its headlights would not keep the same height from the road at all times.
Top

IIRC also that although they always ride level at the same height, when they sank they were to low for the legislation at the time, also bumper height was an issue when 'sunk'
The irony is/was that heavily loaded non-hydraulic cars i.e. the vast majority - all technically failed the legislation as they would sink on their springs due to the load weight where hydraulic cars wouldn't.

There are plenty of DSs and a smattering of CXs there that were imported prior to the ruling that are exempt - doubly exempt as it was scrapped.

Good luck with the adventure svip, hope all goes well for both you and the Xantia.
Top

Have you contacted some of the Citroen owners in the US ? Most have never seen an Xantia let alone and Activa. You should visit Jan Leno.....he would be delighted to see a car with such cleaver suspension, you may even get on Tv with her.

If not rude, how much was the shipping ?
Top

Only at weekends I understand

Seriously jealous of this trip .....
Top

Well, if anyone has a way to contact Jay Leno, I shall do my utmost to get in contact with him. I will be in California after all.

However, I am in contact with several Citroënists (that's we call them in Danish) around North America. Plus I am attending the largest Citroën meet in North America, in Saratoga Springs, New York: Rendezvous.

The price for the trip varies from month to month, but I paid 830 euro for one way.
Top