It's time to present my cars now...
So... as said, I've been crazy about cars for as long as I can remember. One year ago, after my graduation, the question was : what would my first car be ?
I wanted it to be recent enough to be able to drive it on a daily basis (without being afraid of missing an essential part for months), I wanted to be able to drive it in Paris (so : gasoline & after mid-1997).
2 cars were on my shortlist :
- A 2.5 20V Safrane
- A 2.0 TCT or V6 Xantia 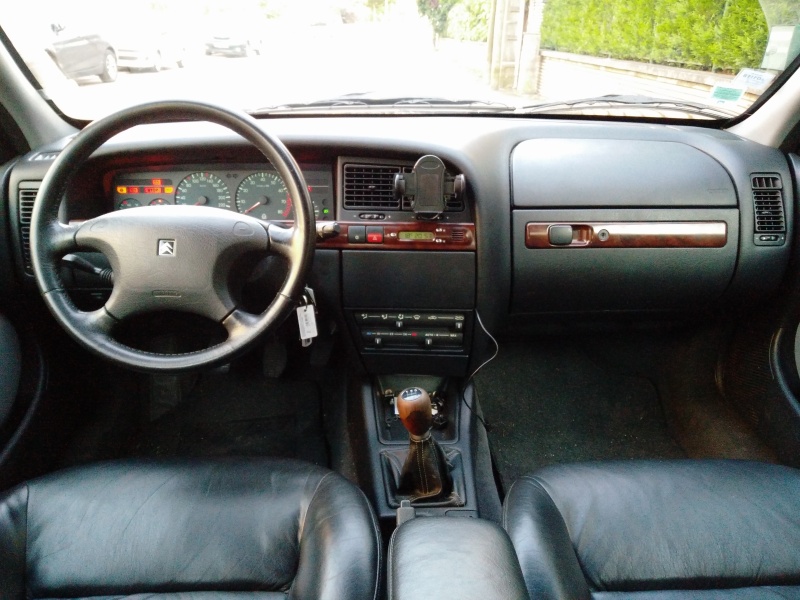 I have done quite a lot of things on it :
- 10 multilayer spheres (got almost the last rear wheel ones... now they are NFP)
- Leather cleaning & driver seat cushion replacement
- A few sensors, feeding pump & idle compensator
- Brake control unit,
- Heater matrix, 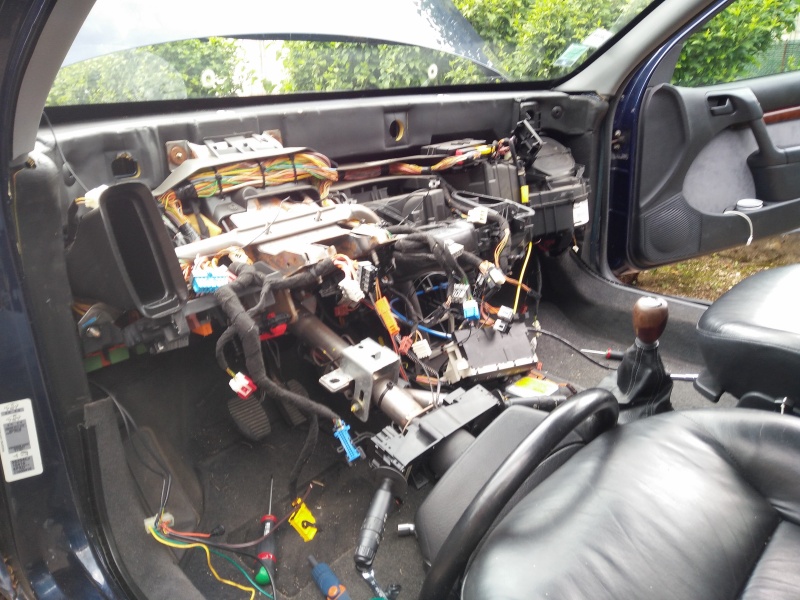 - Tyres, engine drain, filters, spark plugs & ignition wires... nothing but classic maintenance...
- And recently : a bit of paintwork on the car (bonnet, spoiler, one of the doors which whas scratched...) and the roof headliner

Now the car is quite clean, I still have to investigate why the engine sometimes stalls when going back to idle after a long downhill.
Other things on the todolist : timing belt (soon) & rear ram pipes (leaking when the temperature gets below 0°C, I have them brand new at home). 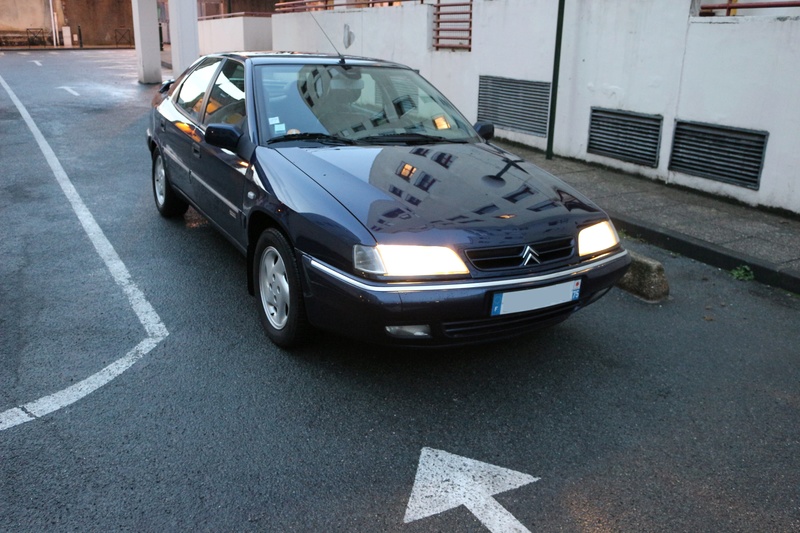 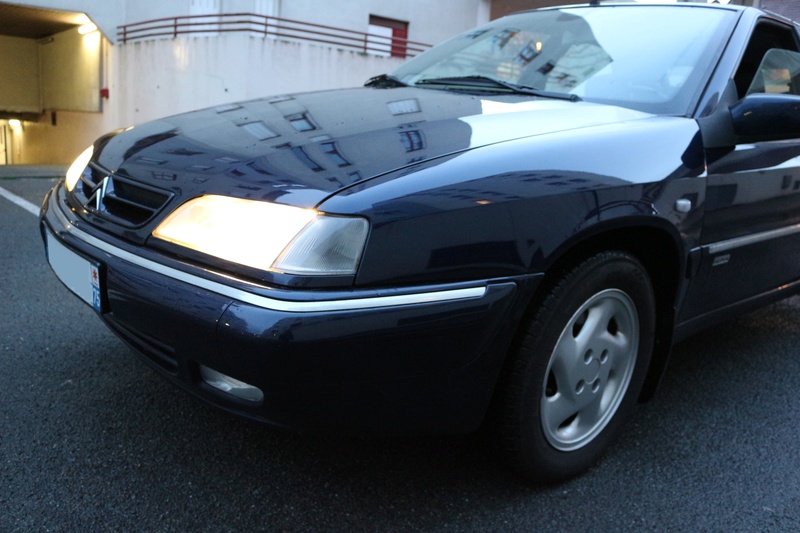 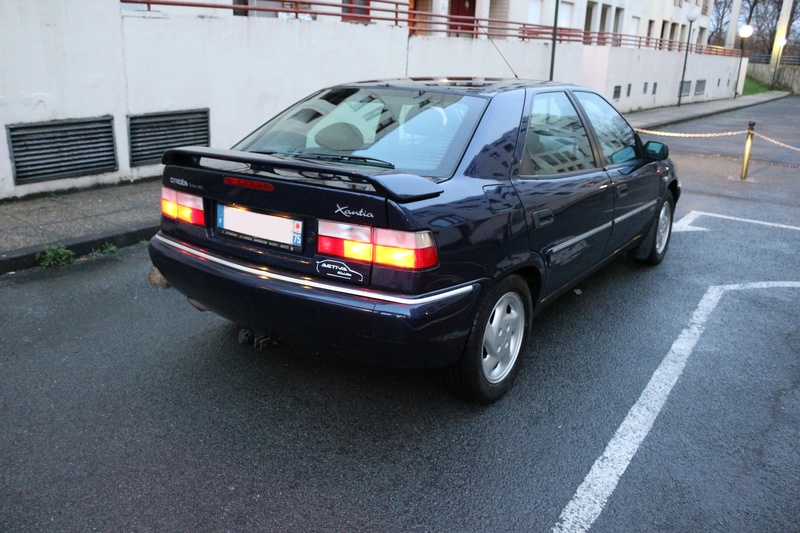 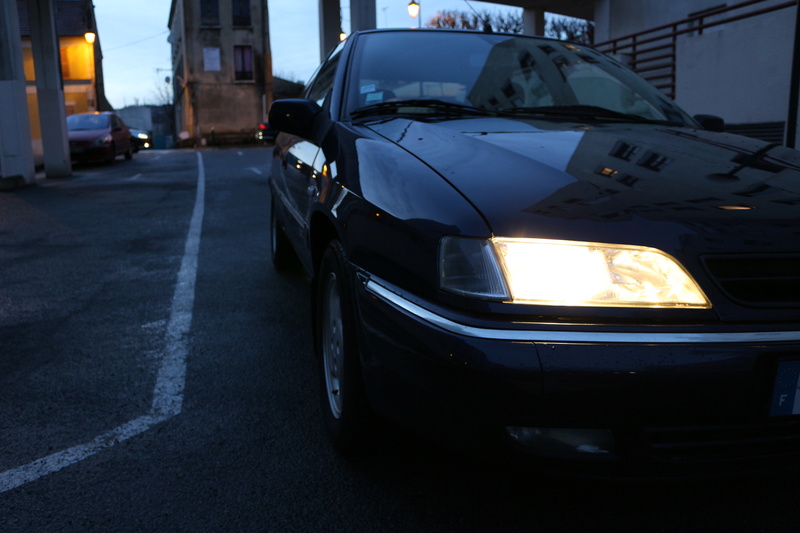 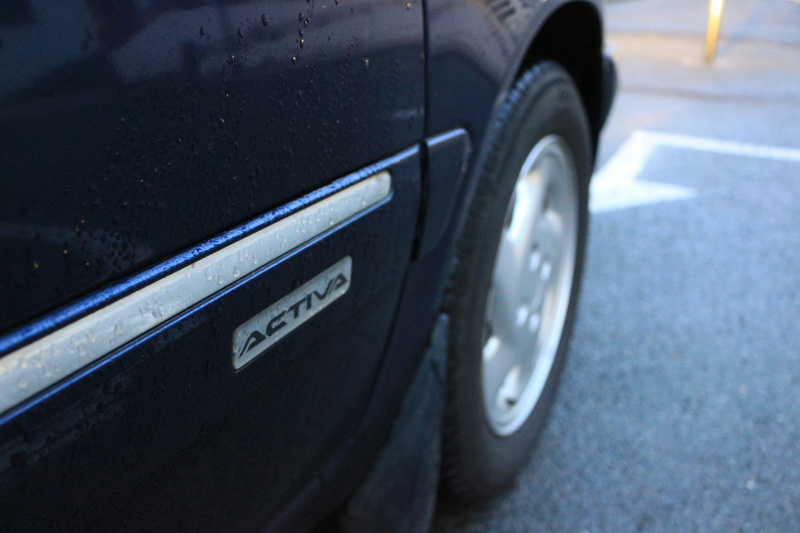 Most importantly... this car has always been reliable and has never let me aside. For that, and because it's now looking very nice, I really like it.

In July, I saw a dirty 2.0 16V, 118000km, for €1,000. Too expensive,... I didn't need it - but I was driving far too much with my dear Activa, so the idea was not bad... and one week later, the same car was worth €300 !
A young guy had bought the car without checking he could take an insurance with it - in France people with a recent driving license can't get an insurance for a car with more than 100bhp. He had to sell it quickly, otherwise he had to register the car.
It happened that I took the car the last day he could sell it before making the official registration. The exterior was not very nice, the interior neither, and there was a huge leak on the back of the car. 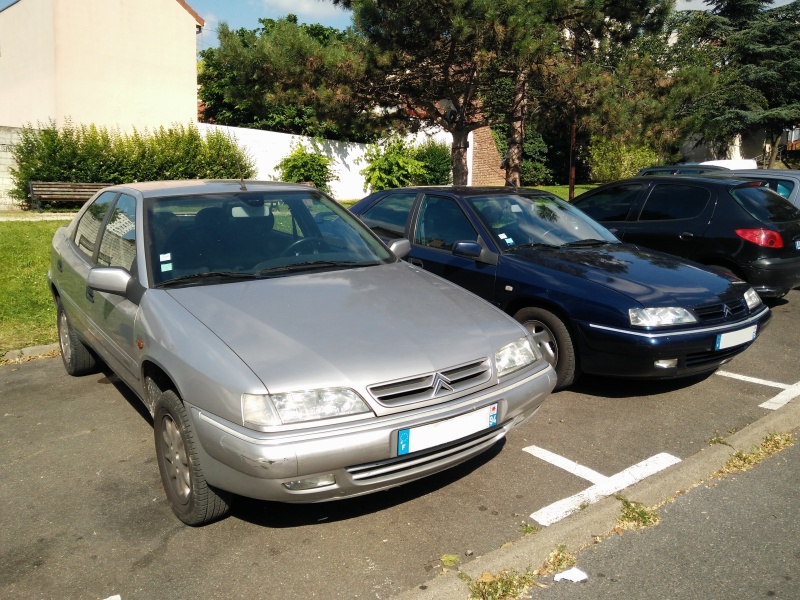 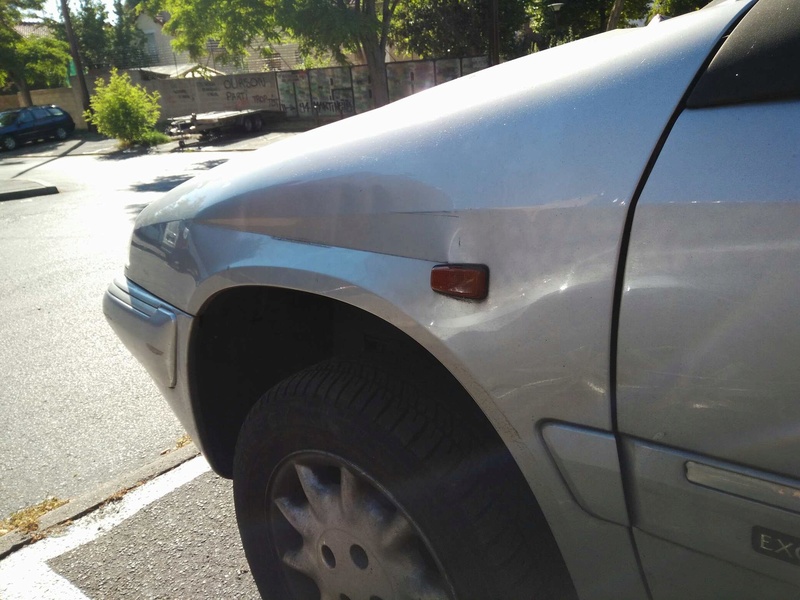 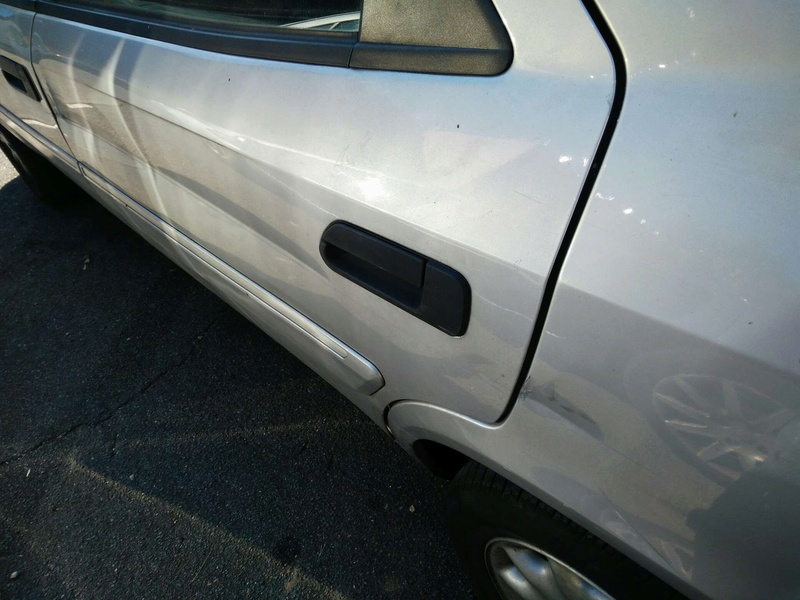 Well :
- 3 rear spheres were dead (wheels & hydractive) - the car was shaking so much that a return pipe went off. Paid a restaurant to a friend, he filled me 2 old spheres and let's go.
- Changed a door, a front wing, added a spoiler
- Changed some return pipes too... broke when doing the engine & LHM drains
- Changed the interior alcantara
- Changed all tyres (2 were dry... they had 12 years and more than 90'000km... the others were older but still okay, but I had punctured one...
- Found an XM... 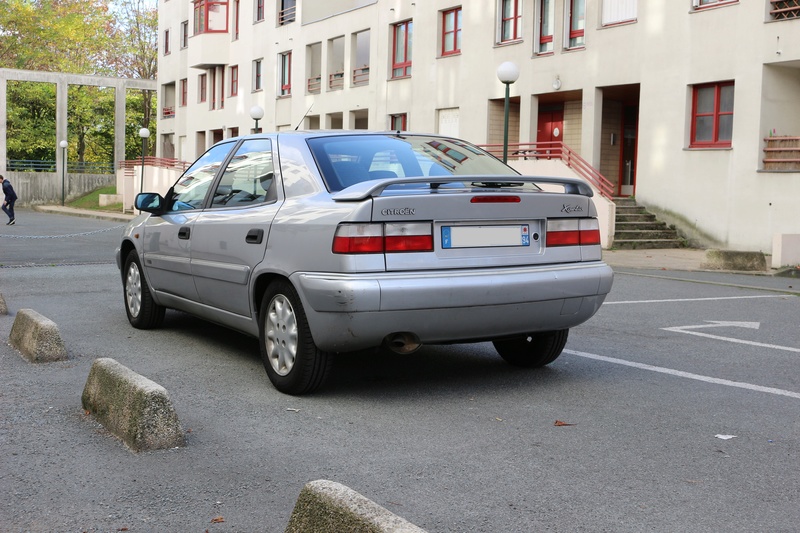 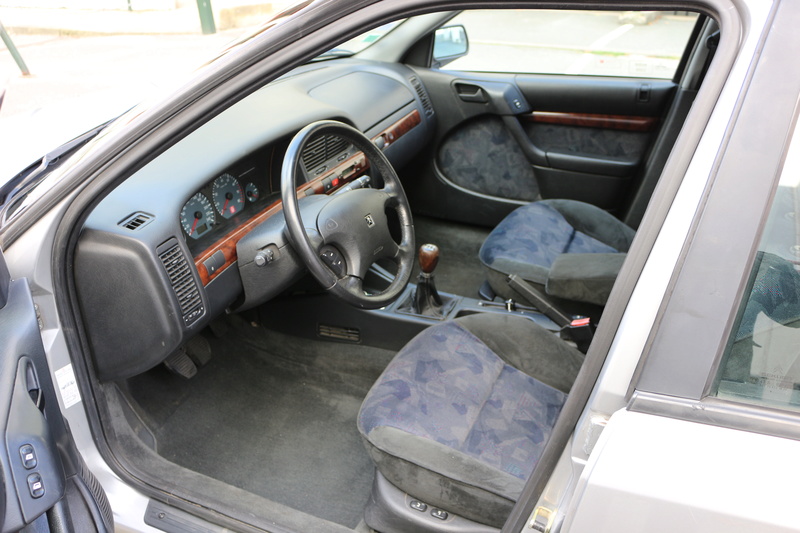 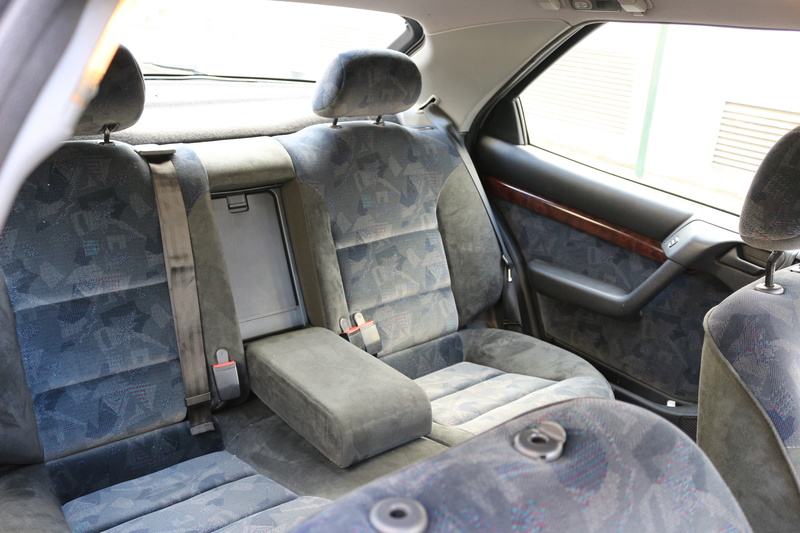 In September, I found an XM. Mauritius Blue again, V6 ES9 + auto gearbox 4HP20, 110'500km, in Germany. With (heating) Savane leather interior, sunroof,...
Well... 110'500km, that's what I thought, and now I have some doubts about it.
Lots of recent work after 3 years stopped outside. Engine matrix, spark plugs, timing belt, gearbox was freshly checked and drained... and so on... well... I couldn't resist - I took it. 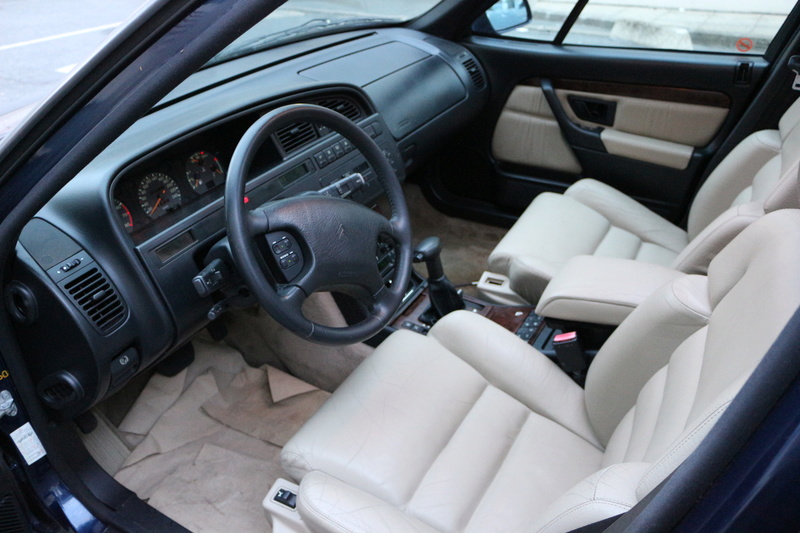 Well... I'm not so happy with it.
First I had a heater matrix issue, and the matrix had already been replaced.
The seller (a pseudo professional guy) was working terribly bad, screws were missing everywhere inside and outside the car...
Had a gearbox relay issue preventing the car start, I opened the starter, found it was quite tired. Replaced it... and after only 6,000km, the gearbox was broken : usual issue on the 4HP20 with the ring between the pump and the torque converter.
I will have to change part of the exhaust too...

The car is currently parked at my parents' place, (at least it broke somewhere I could park it). The seller should send me a new gearbox soon, I hope I will be able to fix the car soon and drive again.
Top

Lovely collection of Citroens and a really interesting write up!
Top

Hi, I have the opposite of your combination, an XM ES9 with manual transmission, and a Xantia V6 Mk1 with automatic. These cars live in Beaune, France, where I live for part of the year.

If you get a replacement gearbox for your XM, I strongly recommend that you split the case and replace the oil filter, as it is a clogged oil filter that causes the failure you have seen, and it is likely that any used transmission is well on the way to having the same problem.
Top

And a very warm welcome to the forum

Love that XM with cream
Top

Cream is lovely but totally impractical for the likes of me as both I and cream leather is just a magnet for dirt...

I once had a bike with white bar tape... Looked lovely at first but alas, it was soon very off-white...

I always have black now... Doesn't show the dirt!!!
Top Even my 'Sunday' car needs black in it...

I really am a dirt magnet... White shirts are a right 'mare for me too... In fact anything white

I really am a dirt magnet... White shirts are a right 'mare for me too... In fact anything white

No, it's the exception that proves the rule

Only today my dentist complimented me on what a wonderful job I do of brushing my teeth!
Top

Well... I couldn't agree more : I spent 10 hours cleaning the cream leather, and I should already start over. Let alone carpets...
And this is my daily driver !

But - well - everytime I see the car... It's like love at first sight... I guess I'm weak somehow

@xantia_v6 : Yep, it's already planned. I'll replace all engine mounts (except the superior one, which is already brand new) when the engine will be out.

Thank you all for your welcomes

Anything white I have always ends up not white! Lol

Had an XJR with cream leather, including the original wheel, which was surprisingly not difficult to keep looking good.

Always thought white elephant cords were the most impractical garment ever - 'til I discovered a white suede shirt! Just 2 things you should avoid Jim. (shouldn't really talk, I was wearing new white jeans the night I turned my 1st car over, put it through a hedge on its side & we had to self recover it)
Top

My Red Vsx had cream leather, it looked great but needed daily cleaning with me living in the countryside and having a fairly inconsiderate dog. I'm much happier with the black leather I have now. Not a massive fan of leather though really, I actually prefer the cloth Vsx and Activa seats although the electric leathers are prity good and I won't be complaining.
Top

You can get special leather treatments which form a barrier to prevent the dirt from sticking, I bought some from the Manchester Classic Car Show last year.
Top
Messages: 15 • Page 1 of 1