Well that was like a kids programme with Evans jumping about like a total dork who forgot his ADHD medication !
Top

I refuse to watch anything with that knob-head in it.

Evans was crap as was his sidekick. So memorable I can't remember his name. No chemistry between them.
Top

BenC5HDi wrote:I refuse to watch anything with that knob-head in it.

Sent from my SM-G925F using Tapatalk

Years ago I would have agreed with you. However, since his second marriage, and (so far) his two sons (who he doted on, as well as his wife) he has matured. I would say he has gone from arrogant to confident. Yes, he is loud (and sometimes in your face), but he is a nicer person than when he left Radio 1.
Top

OK, so he's grown up - and recently made some sensible comments on presenters' super-salaries (although he can afford to).

What was so disappointing with last night was to find the format, content and style of the programme just the same as before, and (for me) pretty much irrelevant. The same juvenile concentration on hyper-expensive toys, the military, and pointless 'competitions'.

If a ground-breaking advance were to be made in efficient, non-polluting personal transport, my guess is that TG would probably ignore it, and screen yet another piece on a hunk of internal combustion.

There's still a yawning gap in the schedules for a serious and informative motoring programme, and no shortage of good journalists who could present it, but I don't think we can expect the BBC to fill it - too much like competition for their international and lucrative comic.
Top

What's there not to like about this??...light the blue touchpaper and retire.... 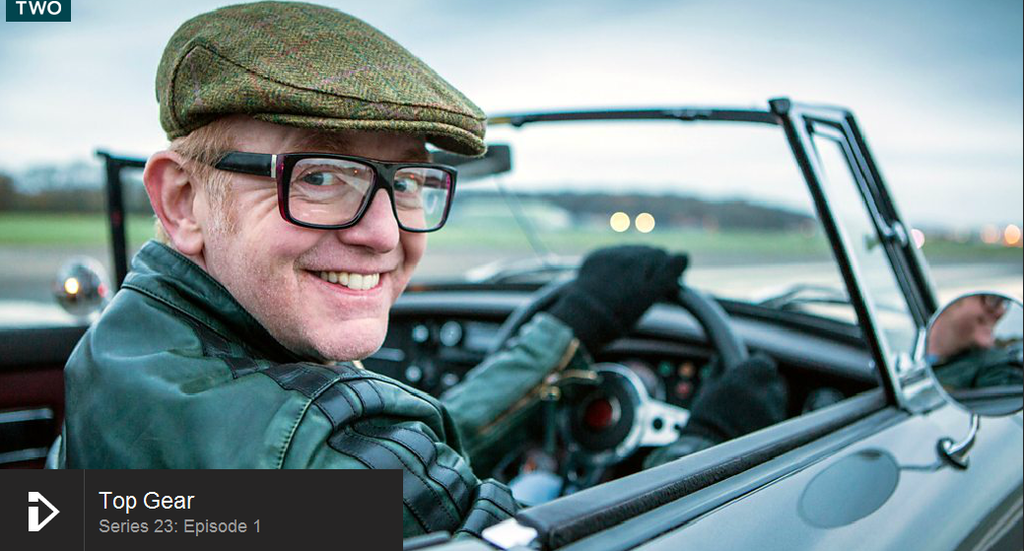 They're doing something "groundbreaking" though (in their own hype I should say). Treading the well trodden path of Strictly Come Dancing on BBC3 we have......

Of course with my current self-imposed TV Exile (3 weeks and counting) I'll not be able to watch it as it happens but its all available on I-Player should I wish to view it on the laptop.....for now I'm not curious enough to give it a go

white exec wrote:
There's still a yawning gap in the schedules for a serious and informative motoring programme

There isn't a gap, or there'd be such a programme. TG used to be a serious motoring programme, in the days of Woollard and Goffee, but it was so utterly boring it failed. Fifth Gear makes an attempt at being semi-serious, it's tedious too.

Any car I can afford, I can go to a dealer and test drive a bunch of them and make my own opinions of them. All of us can do that. I don't want or need a serious motoring programme. I want to know about unobtainable motors, not watch an hour of drivel extolling the merits of the Focus vs Astra vs Kia C'eed..

That said, I don't want to watch Chris Evans either. It's a good job I'm an Amazon Prime customer.

I think Evans and his sidekicks are in a no-win situation. Even if they gave away a free steak dinner to every viewer, there'd still be people complaining that it wasn't as good as it used to be 'back in the day', or it's irrelevant.
It's not supposed to relevant, it's just supposed to be mindless entertainment

I think Matt LeBlanc was a bit wooden in the first episode - but that's to be expected, he may or may not improve as time passes. I'll judge the new Top Gear on the series, not the episode. I found the old series formulaic and mildly entertaining, if the new series turns out the same then I guess they've made a success out of it !
Top

It didn't do much for me, but then Evans always made me switch channel.
Matt wasn't bad to be honest, he's got some potential for the show.
I feel Sabines wasted in a speaking role, she's a driver not a presenter.

My biggest disappointment was the interview which I feel made or broke each episode in the past. I'll probably not watch it again, my fears for the new show are definitely coming to light. I wasn't a big fan of the old show really so no loss to me.

I watched it on iPlayer last night. It was as bad as I feared it would be. It's Evans himself that spoils the show!

I quite like Matt LeBlanc, as a comedy actor at least. He was hilarious in Episodes recently.. It be better with him fronting than Evans.

For years I was a big top gear fan and watched it regularly, then I drifted away from it.

The post 2000 Topgear was never a serious car review show, it was always infotainment, in that you got to see some crazy expensive and impractical cars that nobody could really afford but are nice to see and the antics of three middle aged "children" as they bumbled around and made fools of themselves spinning donuts and driving crazy machines through countries that would probably rather not give them a visa if they could help it.... (my favourite was always James May)

But as time went on and the antics got more and more over the top I felt the current format had run its course, with only the presenters personalities holding the show together. Clarkson getting more and more obnoxious and getting himself into trouble more frequently didn't help either. He was always obnoxious and opinionated, and a constant devils advocate but at least he was entertaining, until he started to take things too far.

I don't know what I expected of the new Top Gear - I haven't watched Top Gear in a couple of years but I decided to tune into the new episode.

When I first heard Chris Evans was in it I thought "What ?!", as although I haven't seen much of him what I had seen made me think he was even more obnoxious than Clarkson, didn't know anything about cars, and just seemed wrong for the job.

The first episode bore that out. He was absolutely painful to listen to with a screechy shouting voice, and obnoxious personality that made the whole thing quite cringe worthy to watch. I thought Matt LeBlanc was pretty good and actually a good choice as a presenter, if you read up on him he's a genuine car fanatic unlike Evans who clearly isn't, he was also the fastest ever star in a reasonably priced car in previous seasons, (twice I think) so he can drive too...unlike Evans who has already chucked up at least once during filming... however he's a lot more laid back personality than Evans so doesn't get a chance to shine when Evans is shouting his head off all the time...and I don't think there is any chemistry between the two because of this chalk and cheese difference in personalities. I think Matt would do much better with someone different to play off.

Although we hardly saw her this episode, based on her many previous appearances on Top Gear I think Sabine will be a good co-presenter, and we certainly know she can drive!

The other two guys (Rory Reid and Chris Harris) who are apparently assigned to "Top Gear Extra", all I can say is Meh...who are they again ? Never heard of them, and they didn't appear in the episode...

Eddie Jordan is listed as a host but didn't even make an appearance in the first episode, so it's unknown what role he'll play.

The biggest disappointment for me was that they had a chance to freshen up the format of the show and make it interesting again - but they kept exactly the same format! Same intro sequence and music, same segments, eg start in a reasonably priced car, the Stig, everything was identical in terms of format, except now you have new presenters trying to both ape and mock the previous presenters...big disappointment that nothing changed.

Finally the star in a reasonably priced car section was cringe worthy to watch as well, the script given to Gordan Ramsey and his sidekick (sorry, no idea who that was) was terrible...

Anyway, I will watch a few more episodes just out of interest to see what happens but unless they get rid of Chris Evans I think this reboot is going to bomb...
Top

My attitude at the moment is to give it time. OK, they have had to change the team, but until things start to mesh you cannot change everything at once.
Top

I'm still undecided about it and will keep on wathing for the time being, it being the only none restoration car show on TV!

They could have found far better presenters, Chris Evans is annoying at the best of times and Matt is pretty dull and by far the most boring guest on the real TopGear series.

Awaiting the return of the original trio..
Top 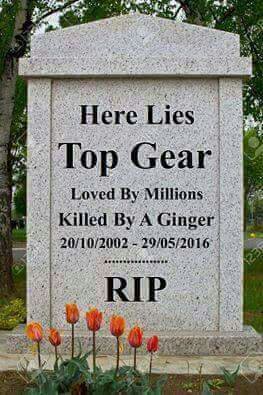 Nothing in this thread has encouraged me to bring my telly out of mothballs and watch TG. Sad really...

I so agree an opportunity was missed to do a big freshen-up of the format...
Top
Messages: 18