About a week ago the front end of my Xantia went rock hard after driving over some undulating "roller coaster" type road. It felt like it was riding on two blocks of wood at the front. Got home, switched it off and went inside to finish off what I was doing. Ten minutes later came back outside to see whatever fault there was with the car and the ride was back to normal. Hmmm! A couple of days later it did the same thing on the same piece of road, home in ten minutes, switched the car off and when I went back out the same result. How could a hydraulic system be reset by an electrical reset - iyswim.

The next time it happened I stopped the car immediately and left the engine running. The front suspension was down so I could only get one finger between wheel arch and tyre - the rear was fine. Switched it off and restarted and then stood at the side to watch and the front never moved. I drove home on the two blocks of wood again confused as to what the problem could be. The spheres were brand new replacements from AEP less than a year ago and the LHM was replaced at the same time after three months on Hydroflush. The suspension has been Citroen's finest ever since

so surely it couldn't be the spheres. Checked the LHM tank and it's at the correct level, no air bubbles, and a lovely green colour.

Yesterday afternoon I did some Citrobics. Initially from the high position the front would drop like a stone and the rear would follow in a really lazy fashion. Raising it up from the floor the suspension as a whole took an age to move and was very slow when it did. Two hours later I had it where the drop from the high point was very good at the front and, although much slower, the rear end did come down evenly. When raising up it now reacts more or less straight away but is slow to raise.

Initially I thought this whole scenario was one problem but I'm wondering if I have two separate faults ie air in the system and a sticking front height corrector?
So I have two questions: -

Is it possible for there to be so much air in the system from normal usage? (I cannot see any leaks at all throughout the system).

Is the only remedy to a sticking height corrector to remove and clean? The reason I'm not convinced about the height corrector yet is that when the rear one went about four years ago there was a bang and the rear suspension dropped to the floor . . . and stayed there!

Any ideas, knowledge or previous experience of this gratefully accepted.
Top

I've known this exact problem be caused by the anti-sink valve closing under high-demand conditions (which driving over roller-coaster roads might be) due to low mainline hydraulic pressure due to a weak pressure regulator, worn accumulator or weak pump.

Bad cases can be provoked with the engine idling and bouncing the front up and down by hand... This can be enough to shut the anti-sink valve and make the front go very hard..

Good spheres, especially if it's hydractive with a good centre sphere, can make the issue more apparent due to the mainline pressure needing to be absolutely right to ensure the anti-sink valve remains open at all times.

I'd get a pressure gauge on the mainline and see if the pressures are to specification... I've made up a gauge especially for this and to diagnose the exact same problem on an Activa... I could give you details of how to make one if you wish...
Top

Details would be good, thanks.

Pressure sounds like a decent shout, it would explain a lot.
Top 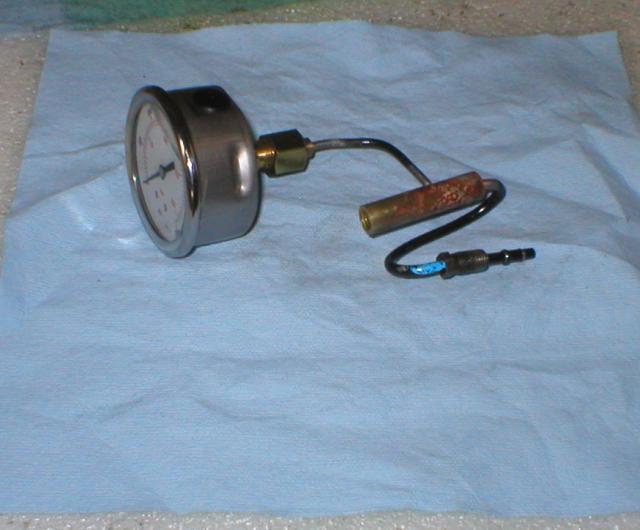 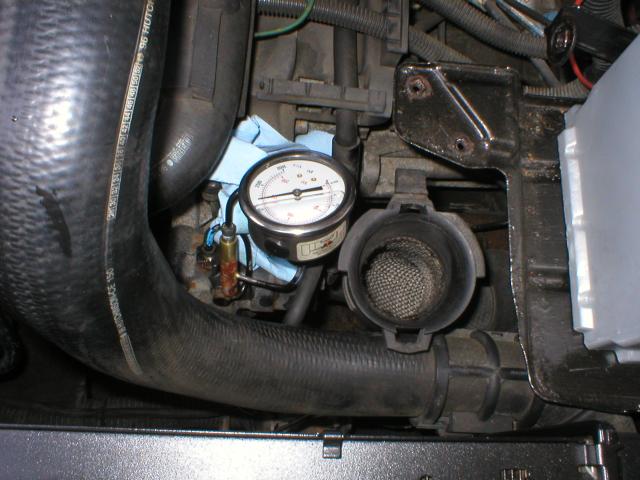 Is your tick rate well above 30 seconds?
Top

Hmm, tick rate is definitely above 30 seconds but very difficult to hear. Certainly nothing like the tommy gun effect on the XM's regulator. If(?) it is the regulator is it a simple case of re-fitting new O-rings etc (never re-furb'd one of these) or is it a swap job for a known good 'un?

What's throwing me out on this whole thing is there are no leaks.

(in eight years I've only had one leak many moons ago on the Anti-sink valve). The whole system has always been as tight as a drum.
Top

Over time the regulator springs get weak and the cut-out (high) pressure point falls well below 170 bars and this needs the thing to be recalibrated with shims... It can be done DIY and DeanXM has produced an excellent set of posts on how-to but generally it's a lot more straightforward to let Pleiades do the necessary...

In my experience regulator ticks can be very variable in how loud they are and that's not necessarily an indication of their health...
Top

Ok. Should this be the case and the regulator does need refurbing the reality is that I can't have the car off the road for the time it would take to send it away to be done - so a replacement would be my best bet in the short term.
Top

Or a day trip to Pleiades

Or a day trip to Pleiades

Had a chance to have another look this morning. Car's not moved since Saturday morning, no LHM on the floor at all. Checked LHM tank and correct level. Started car up and red warning lights went out after 8 seconds, rear end rose slowly to normal level, front end never moved.

I don't have a lift or a pit to work from and won't be able to get hold of the ramps until later in the week.

I'm assuming that I have a problem with the HC but as it seems to work on either extreme I'm unsure of what the problem is. Is there an adjuster of some sort that isn't working or a lever or spring that could be seized?
Top

It is potential a HC problem going on those symptoms and may be as simple as the dog-bone coming adrift. Also, the front HC has a known problem where the ball on the HC cradle the dog-bone attaches to comes adrift due to the riveting failing...

A spot of weld can fix that but the HC has to be removed from the subframe and that's not the loveliest job in the world... You can do it without a ramp but you must get the front end high enough to lay under comfortably and it goes without saying that the car must be very firmly supported on good axle stands to prevent any potential collapses. They can and have killed...

Seems those balls always fall off in the winter... I had it happen on a Activa a few years ago and sorting it out lying on concrete at -5 degrees was no joke!
Top

I'd second that Jim, sounds more like a HC linkage issue. As we know they can seize terribly.
Top

Finally got chance to get underneath and have a look although not using the ramps but on the axle stands, which I'm never completely happy with on these cars. The dog bone has come loose from the hook leaving a gap such that I can slide my index finger between dog bone and ball. The dog bone has seen better days, I've never changed it in the eight years I've had the car and it wouldn't surprise me if it's the original.

The problem is that the dog bone will not move to reattach it to the ball even after liberal amounts of releasing fluid. Granted the access I had wasn't great but it never budged.

I need to get this on a lift to get better access but even with a new dog bone I get the feeling the whole cradle is going to have to come off for a refurb, which is just what I didn't want right now.
Top

I did try that for what seemed an age with no movement at all. Maybe because I couldn't get good access, maybe I didn't do it long enough.
Top
Messages: 15 • Page 1 of 1