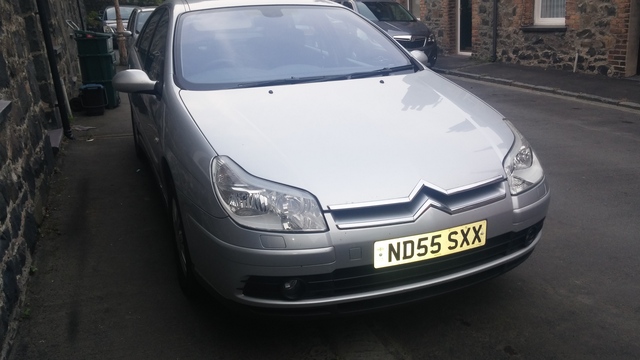 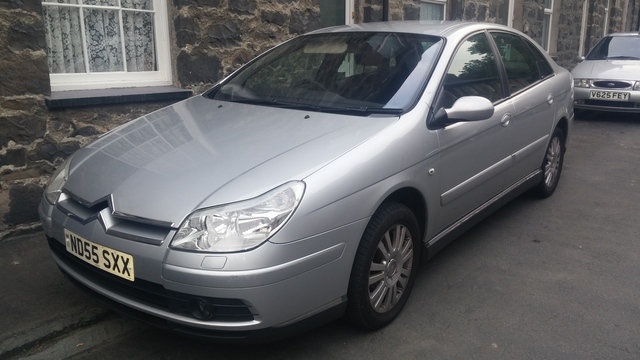 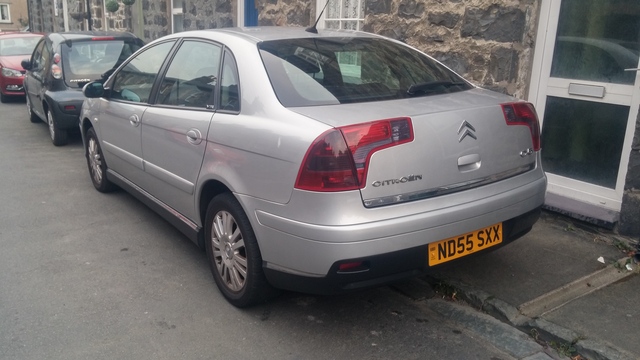 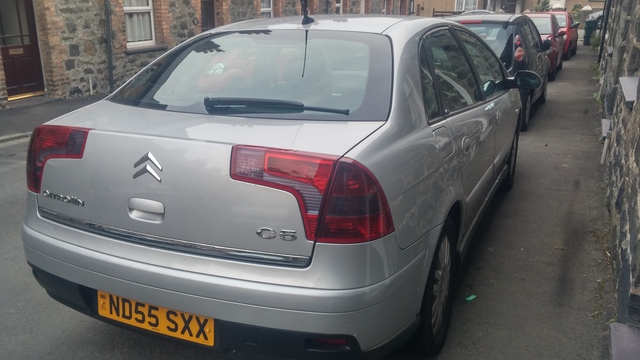 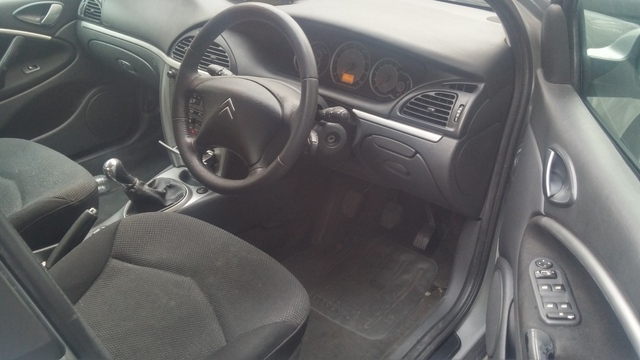 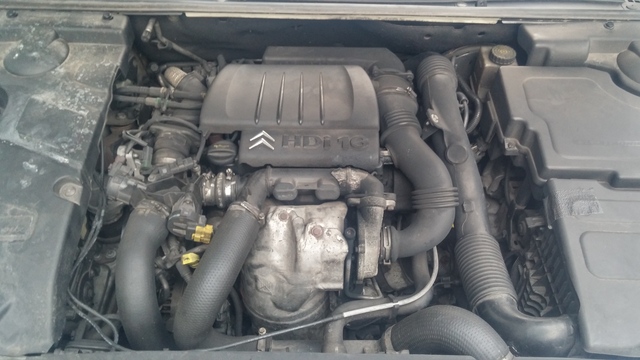 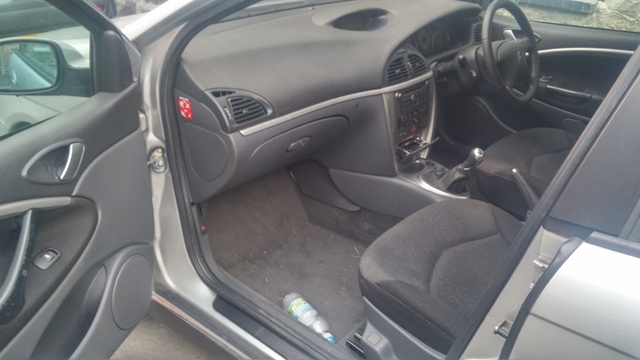 Let me tell you a bit. The 1.6 has a bad reutation, but this has been gained from poorly understood cars.. I actually beleve in the 1.6 HDi. Yes it has some poor design ideas, the injector clamp bolts are the biggest fault and are the main cause for resulting turbo failiures. There is a LOT of go in these 1.6 engines when they do go, and are rather eifficent.

This car, well, it was on ebay and was listed with an increadably informative description as follows: Spares or repair ... that was it. I sent them a message and the response was the car over heats quickly. We have bought another and it needs to go. The car was a 99p no reserve auction, so after a chat with my mate we agreeed a highest bid to go for. Eventual purchase.. £350 quid! WITH MOT to April 2016.

So off we trotted to Oldham and I then decided well, lets drive and see what happens. This was a month and half ago, and so far the car hasnt over heated!

There is Bills galore in the wallet, the best one being at 100k the car had a new turbo, DMF and clutch all fitted!!! The car is now on 153k.

So, what do we have, well, we do have an issue. The issue being irregular power, and anti pollution fault.

Anti pollution fault is reported to be a stuck or sticking EGR Valve, which is electric on the 1.6 HDi 16v engines, and prone to sticking. The Eolys tank is full and the Eolys pump works too. So first job is to remove and free it up and see what happens then.

Driving the car, the power issue is when cold its fine its all there, once warm though, she looses power at around 3k. Ill put my foot down and she will think about it and then decide, Oh OK ill speed up, I can have my foot down FULLY and she wont accellerate then she might a bit. The other issue is im pooting along say in second and hold my foot in one place, she will surge a TINY bit then slow, also I hear the injectors rattle, same type of noise if you say take the clutch out too quickly or in the wrong gear. They rattle then power comes back. So not sure whats going on there.

Weither there is still oil in the intercooler after a turbo failiure 50k ago I dont know till I have a look. The one fitted works but is not perfect. There is actually exhaust gas leakage from the turbo, you can hear it, and also its covered in soot on the exhaust side too. So that will also need to come off to sort that out. Injectors currently have NO compression leaks. 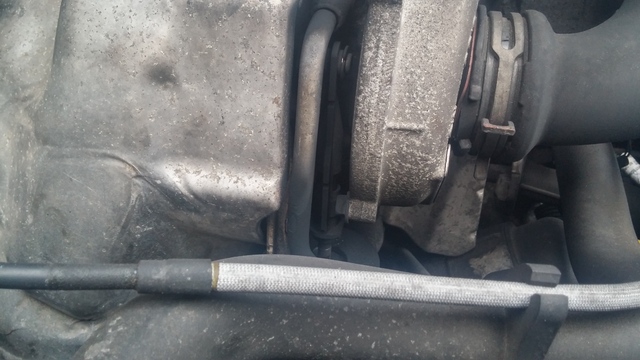 But all in all for what was paid, there is an increadably straight and clean car.

Here are all the outisde faults I can find on the car: 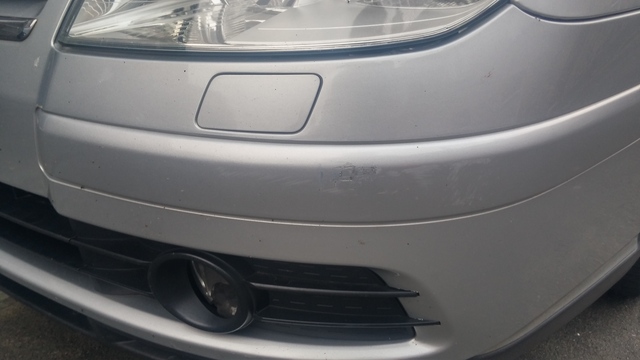 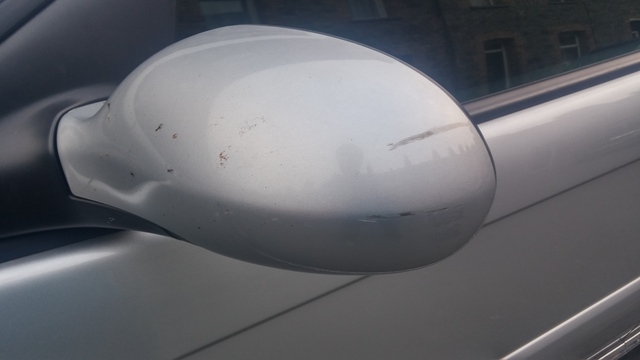 Couple of increadbly light marks on the back here: 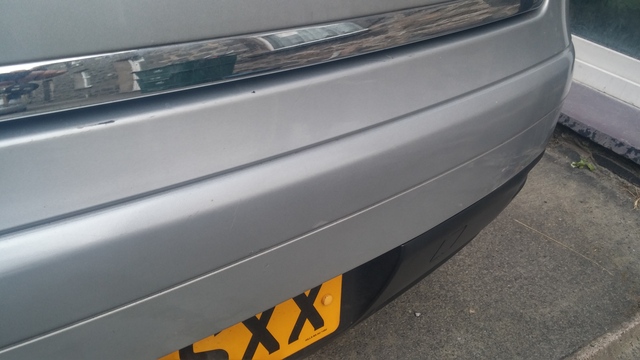 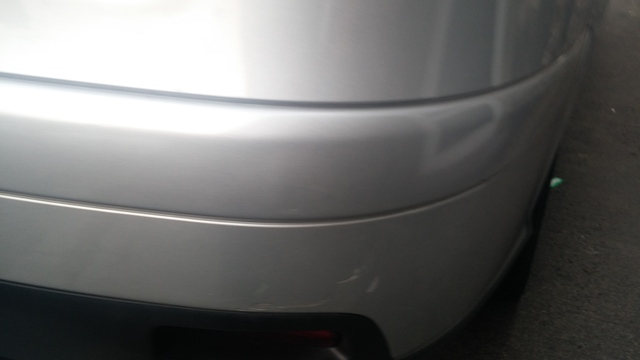 and a smashed nearside fog light, but I have a pair of those!

Thats a lot of car for the money Paul. I'm sure you'll have it running like a dream soon enough. Is it a totally different version to your green one? The dash etc looks more appealing to me in this one.
Top

Its a Facelift James, there was a lot of changes from S1 to S2, headlights, bonnet, grill, rear lights, dash etc etc were all changed.

Both my Dads 308s have been 1.6Hdi. I always thought the first one was a 2Litre, they don't lack power at all.

Does that mean your new silver C5 is on springs or is it even later cars where that changed.
Top 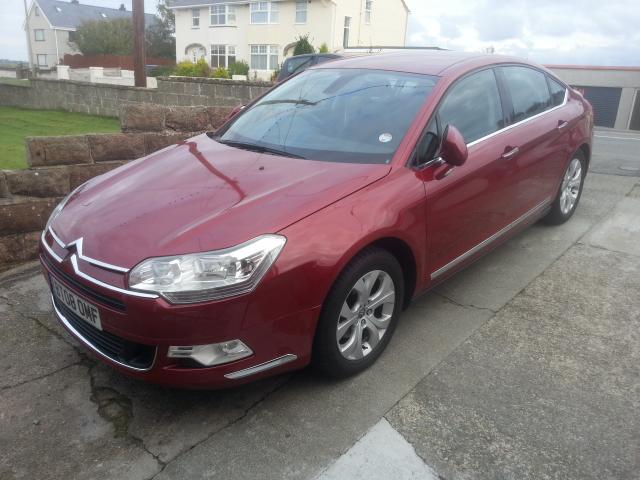 are either springs or hydraulic. And that is easy too.. ONLY Exclusive C5s are hydraulic. 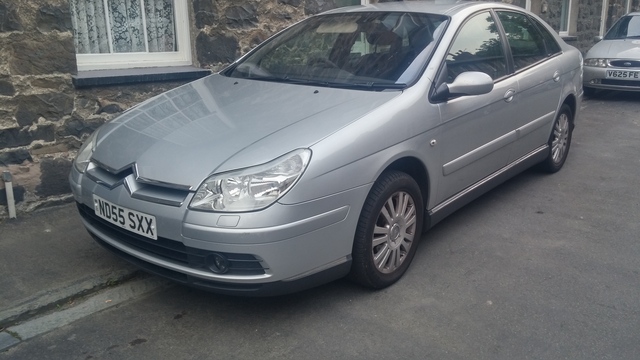 But these C5s are ALL Hydraulic.
Top

Nice and easy then. I had no idea Citroen ever offered a Hydro C5 with a small (I find that hard to say with 110Bhp) Diesel. I'll be very interested in how you get along with it.
Top

Newly introduced for 2005 the dv6 is the same unit as used in the focus volvo v40s and mazdas etc ...
Top

I changed the EGR valve on our Picasso, but having had a look at it, think it could be cleaned. If you take the electronic top off the valve then you will see the operating bar across the housing. It runs in spiral slot each side, and I think it just gets gummed up with soot. If you give it a good clean out in the top part, and also the valve chamber, then it should be good again. Leak on the turbo could well just be that the DPF was not properly refitted - I managed it on the 307, and had to take it off again - you need to lift the DPF when you put the clamp on. The EGR may well help the running issue, but I would check that the actuator on the turbo moves easily, and spring straight back if you press it down. If not, then turbo off, and clean the variable vanes out. After that you will need to get a vac gauge on the turbo supply - the turbo solenoid is another weak point (good luck with that though - it's on the back of the block above the OS driveshaft apparently!
Top

With the engine running if i take the wastegate vacpipe off the plunger rises.. When i put it back on it pulls down immediately... And smoothly... Im getting the feeling the intercooler might still be partually blocked or one of the intake butterfly restricters arent working properly.. All to be looked at...
Top

Ok.. quick update. Got the EGR solinoid valve and EGR valve itself off the engine... and HOW Easy! Though I knew this anyway.

It was rather choked up too! Cleaned it all up and got it all free again. Not hard again. Put it all back. Went home.

Initially yes better running and went well... Then "Risk of DPF Filter Blocking" came up and went away... engine remained ok.. then Anti pollution fault came up.. but still all ok. Though, then the car went through a stage of surging.. quite noticeable.. sweying back n forth.. that went though, throttle reposne remaind better though.

A quick Q... What sort of job is it to remove the DPF and steam clean it.. AND NO I DO NOT WANT TO REMOVE IT BEFORE ANYONE SUGESTS OR ASKS!
Top

Get the lexia on it and force a regeneration of the DPF mate.

Saves you the hassle of taking it off. I've never done it but have heard the amount of crap that comes flying out of the back of the car when doing this is unreal!

Wont do, it says operation impossible!!!

The Eolys pump does work, and I have primed it... I think it might be too far near blocked.... though again Lexia says the Load on the DPF is only 25%, so its all conflicting itself!
Top

No wont work. It risks dpf blockage.. Now i got the egr working ill try a regen again..
Top

Italian tune-up should clear the DPF. Gets it good and hot.
Top
Messages: 59