Could the recent VW Diesel Emissions scandal re-ignite the Petrol v Diesel debate - what do you think?

1) As a Diesel owner, would you be more likely to consider reverting back to a petrol?
2) Does the extra MPG / KMH you may get justify many of the maintenance costs of the DPF system and all the related issues and problems of those components?

It would be good to get some feedback.

PSA have commented in the light of the VW Emissions Crisis:
PSA Peugeot Citroen
"PSA's Research & Development Department reaffirms that PSA complies with the approval procedures in effect in all countries where it operates, and that engine settings, assuming the same conditions of use, are identical whether for approval procedures or in real life. Further, PSA notes that the SCR (Selective Catalytic Reduction) system installed on all its Euro 6 diesel vehicles produces variances that are among the lowest in the automotive industry between approved emissions and those arising from customer use."

I'm back to petrol now after being a diesel man for years mostly. I miss the low down torque of diesel, and the economy but not really been doing many miles, so that was one of the reasons for petrol.
Top

Half way off topic, there was an interesting program on the Beeb4 last night - if you can tolerate the rather manic/top gear type presenter.

I think I would go with petrol next time, if there is one.

No problem with diesel but as it seems to be regarded as the bad boy and may attract some sanctions I would take the weasel-out option.
Only do very low mileage for the most these days, in fairly short trips so diesel is probably not the best option anyway.

The whole VAG stealth emissions slide by is quite amusing considering the amount of crap they shove out compared to PSA engines.
The HDi's only smoke if there is a problem with them, unlike VW/Audi/BMW & Ford.
Top

I've thought for quite some time that old diesels and new petrols are preferable.

The real issue as far as I'm concerned is maintaining what you have correctly. Doesn't matter if you have a DPF, EGR and Cat if you bellow out black smoke.
Top

All the while I can get vehicles with the 2.0. 8 valve Hdi I shall continue to run them because there is no petrol engine that comes near their economy and not having DPF and a load of other electronic rubbish they are pretty well 100% reliable. There are quite a number of 406's for sale with in excess of 200k miles on them and some with 300 - 400k and still making reasonable money. Mine has done 243k and managed over 70 mpg from Dorset to Weatherby last week and over 65 mpg for the whole 1000 mile+ Yorkshire dales trip.

I wondered how long it would be before this subject came up, I watched that program on Mr Diesel and his engine, one of the most interesting things I've seen in a long while, well worth an hour watching it.
On of the most interesting things for me was the fact that his original engine was designed to run on Peanut oil, how green is that? Very I would think.
Another very interesting thing was all the other diesel applications, some that most people wouldn't even consider, non of which as far as I know have any of the 'green' measures forced on the car industry, indeed cars and vans only consume about 6% of the diesel used worldwide.
I've got to say at this stage that in my opinion global warming, climate change is the great deception of our age and is merely a stick to be used to beat us into paying higher taxes. If all the volcanoes in the world could be plugged, and if we could put a rheostat on the sun, I'd concede we might be able to control nature, until then it's all just weather to me and it changes over time. I say that as someone who cares passionately about our environment and is personally affected more than most when government agencies and large corporations destroy ecosystems, which has been a common occurrence in my lifetime. I should point out that I am totally against pollution of any sort that affects the atmosphere or ecosystems in any meaningful way.
To a climate change denier like myself just about the most foolish thing the green lobby has done so far is to try and reduce the amount of CO2 emissions, whilst quite rightly campaigning to stop deforestation. In case anyone didn't know, all plants and trees absorb oxygen during the day and give out CO2 during the night, all humans breath in oxygen and exhale CO2. How reducing the CO2 is supposed to help with global warming is beyond me, more trees = more CO2. In the interests of reducing the CO2 emissions from cars and because the emissions from diesels are less than petrol cars we have all been encouraged to drive diesels. In the interests of reducing the emissions even further the things manufacturers have done has vastly increased the emissions of the very nasty Nox gases, these are very toxic. Together with chasing reduced fuel consumption this has made the cars highly stressed, less reliable, with shorter lifespans. Who on here would not prefer an older 2.0HDI without the DPF and associated gubbins over a newer 1.6HDI ? How big is the 'carbon footprint' of manufacturing a replacement vehicle?
I Think what VW did was to make their cars driveable and saleable AND pass the ridiculous tests foisted on them by the loony greens, fraud plain and simple and extremely dishonest, they should be punished severely, it could have very very serious consequences for the company, the German economy and indeed the EU.
I could go on but my finger's getting tired now
Top

isisalar wrote:I wondered how long it would be before this subject came up, I watched that program on Mr Diesel and his engine, one of the most interesting things I've seen in a long while, well worth an hour watching it.

Wasn't it just... An excellent programme but then all the 'Timeshift' programmes are.. Good old BBC4!
Top

^ Well, it had Deltic pr0n in it so was right up your street Jim

I had got it into my head that Deltic and Doxford engines were the same but I see I was wrong there.
Top

myglaren wrote:^ Well, it had Deltic pr0n in it so was right up your street Jim

I do love my Deltics!
Top

Chris570 wrote:I did need a tissue when I saw that Deltic engine design

Emissions were shocking on a Deltic... They smoked almost as much as the steam locomotives they replaced!!!

Still cleaner than a VW though

CitroJim wrote: Emissions were shocking on a Deltic... They smoked almost as much as the steam locomotives they replaced!!!

Still cleaner than a VW though 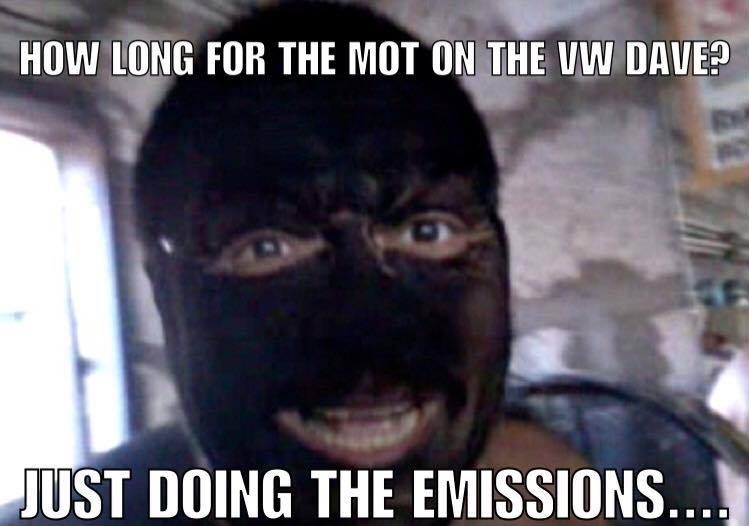 Wiki has a nice little animation

And rather a nice picture with the following description. "Laying a Smokescreen" is a nice way of putting it. The caption reads...


The first ever Deltic triple header on 9 March 1997 lays a smokescreen across Burrs on the East Lancashire Railway as all three locos open up by arrangement creating this spectacular effect. 55015 Tulyar, 55002 Kings Own Yorkshire Light Infantry & D9019 Royal Highland Fusilier were working the 10:00 Bury to Rawtenstall as part of the Deltic Preservation Society's 'Three Deltics' weekend. Even though it looks like the first two locos are only working on one engine, there is still 6,600 hp available for this seven coach train, which is certainly adequate!