After having two attempted break ins on the berlingo I decided enough was enough and decided a replacement was in order .I came across this C8 in a garage just down the road from me ,it's a 2009 2.0 16v hdi Sx ,it comes with the full complement of seven seats with the front two being captains seats, it's also got climate control ,cruise control, electric sliding side doors, retractable blinds to all rear side windows, dark tinted rear windows to stop prying eyes. It's recently had a replacement timing belt fitted at quite a cost too. Surprisingly it doesn't handle too bad given its size and doesn't wallow or roll. It's achieving around 40 mpg running about and will probably manage around 50 on a run if not a little more. The plan is to remove the rear two seats when needed and possibly the centre middle seat too for any long loads. It needs a set of genuine wheeltrims to smarten things up which I'm on the lookout for. I'll get some pics up when I've got sometime.

You will need this then 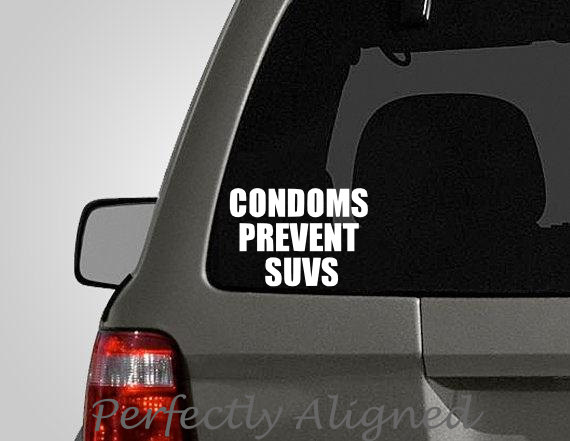 No thanks Sticky kids not required. Got a Fsh with it and all its had is regular servicing etc ,Tbh it drives way better than I was expecting and is so comfortable compared to the blingo.

Like me then.....I just cannot be bothered driving a van unless I really have to.....unpleasant things, all noisy and crashing about and not often needed if you have a good alternative.
I have made a two piece 5 ply load bed on a metal frame (with hooks) for my C5's.....makes it really easy to work, play and sleep
Top

It would certainly make a great weekend camping bus with the seats removed.

A few pics of the bus after a machine polish today . 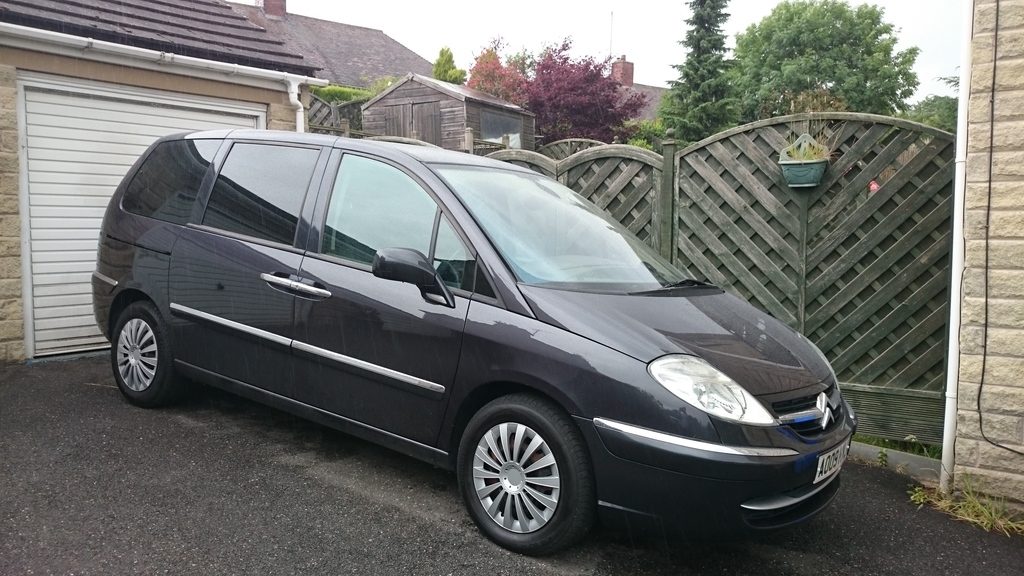 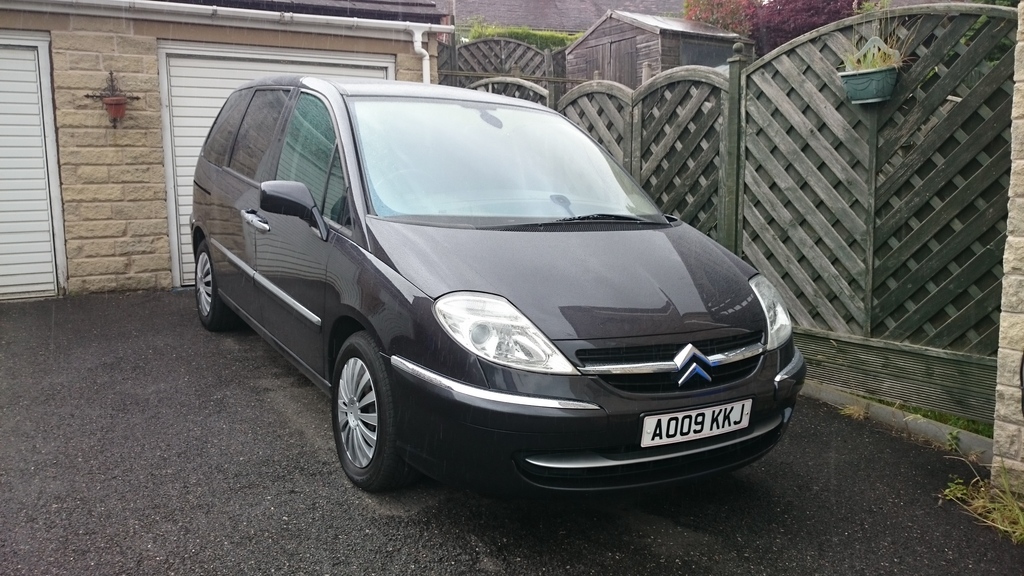 As my initials are AKJ I like the plate.....very good shine on that
Top

Suits that colour and the windows tints Mark. Very nice outside, I have driven a Peugeot 807, and to be honest I prefer the drive of the older 806/synergie. But I'm sure it will be a good choice.
Top

I didn't get anytime to get any wax or sealant on before it rained, I only had time to give it a wipe over with some Sonax brilliant shine detailer. Davie was it a 2.2hdi 807 you drove ? This 2.016v hdi is something else ,very responsive and pretty good on fuel given the size.It would leave my old 2.0hdi dispatch for dead .It also handles well too .

I've not checked properly yet but I'm reckoning on late 30's urban and 50+ on a run ,I'm really surprised how well it goes for something this size and did wonder whether it had been remapped.

It's nice to have some creature comforts in a car compared to a van! I've just had my VW Caddy from work taken off me and replaced with a brand new Vauxhall Combo which is a Fiat Doblo in drag. It's the worst thing on 4 wheels I have ever driven!

I would have one of those Mark. Don't ask me why I am driving round the Highlands in a Vel with the back seats out

Well only 'cos it blats by caravans and hired Fiat 500's with a tigerish roar!
Top

It's really winning me over Lexi, I didn't know how I'd get on with something like this but it's a nice place to be and comfier than the blingo.

That looks like a very tidy new addition, Mark