Car You Most Regret Selling

Car You Most Regret Selling

1). 1981 Austin MiniMetro HLE in Snapdragon yellow. Fantastic little go-kart that could leave a modern Golf GTi for dead on the twisties. (Proven, despite 40 odd bhp and non-servo assisted brakes). Plus that gearbox whine just never got old. 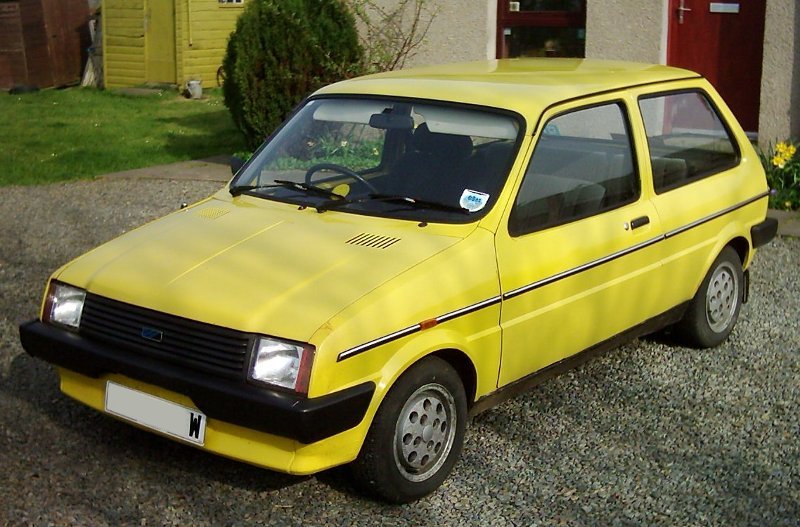 2) 1987 Renault 25 Monaco. Most. Comfy. Car. Ever. Scrapped because of rotten suspension arms at the back. Would replace.them in a heartbeat now. E100MSE, I miss you. Looked fantastic in bronze too. 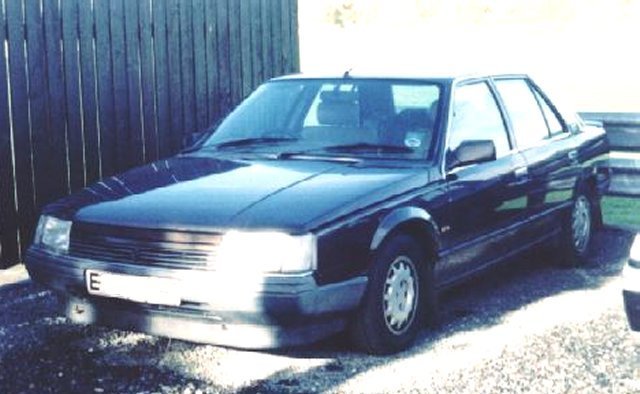 Also really hate the fact that I don't even have a decent photo of it.

3). 1988 Renault 11 TC. Lovely drive...Pain to get parts for though as it fell between phase 1 and 2...and had several bits that were unique to that version. Took me two months to source a CV boot! 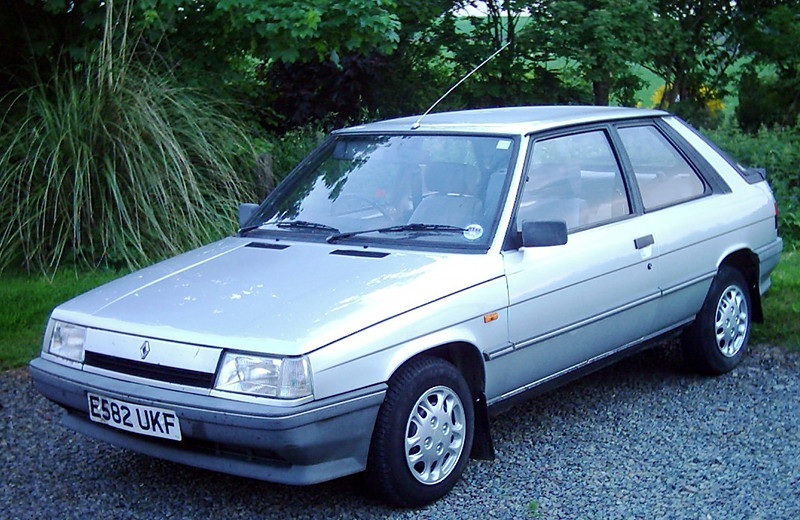 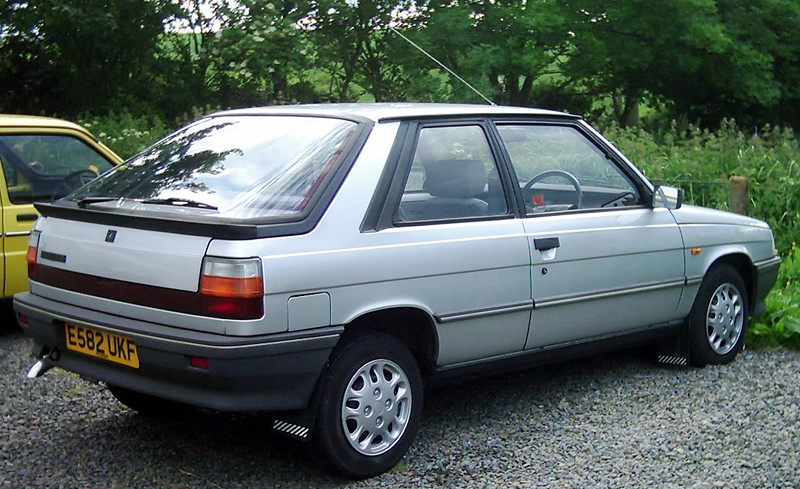 4). 1997 Lada Niva 1.7i Hussar. Just such a lovable beast...went anywhere...coild be fixed with a hammer and sounded like a 1960s sports car. Especially as my speed sensor was knackered so it used to pop and bang from the exhaust (which had also been fiddled with...read "made out of the bits I had laying around") on the overrun like a racing car from that era... 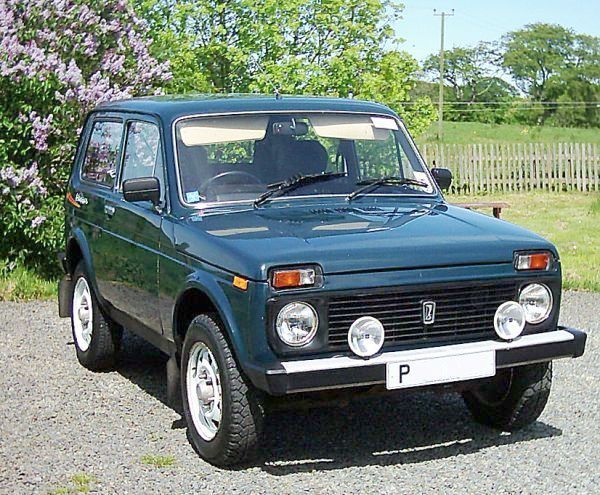 5). 1994 Suzuki Cappuccino. Passed it on to another enthusiast when it was discovered that the tinworm had basically dissolved the entirety of the floor and inner sills. It has been restored now, but I still miss it. The only problem I have found with it is that I can never look at a Mazda MX-5 now without wondering why it's so unnecessarily big! 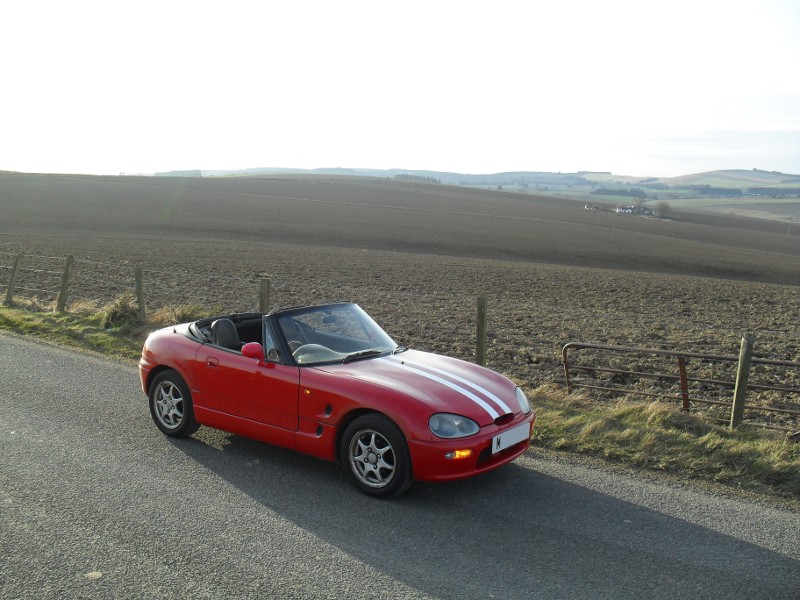 So what do you regret selling/scrapping/giving away the most?
Last edited by Zelandeth on 31 Jan 2015, 18:26, edited 1 time in total.
Top

What is this word?

What does it mean?

Peugeot 205 junior diesel - had it from new and sold it to a friend at 196k miles (thought it couldn't last much longer) still on original clutch. He got anther 50k out of it. It only gave up the ghost when he tried running it on veggie oil (If only he'd asked, I would have told him not to because it had the Lucas injector pump....)
Top

It was also the first car we ever owned. 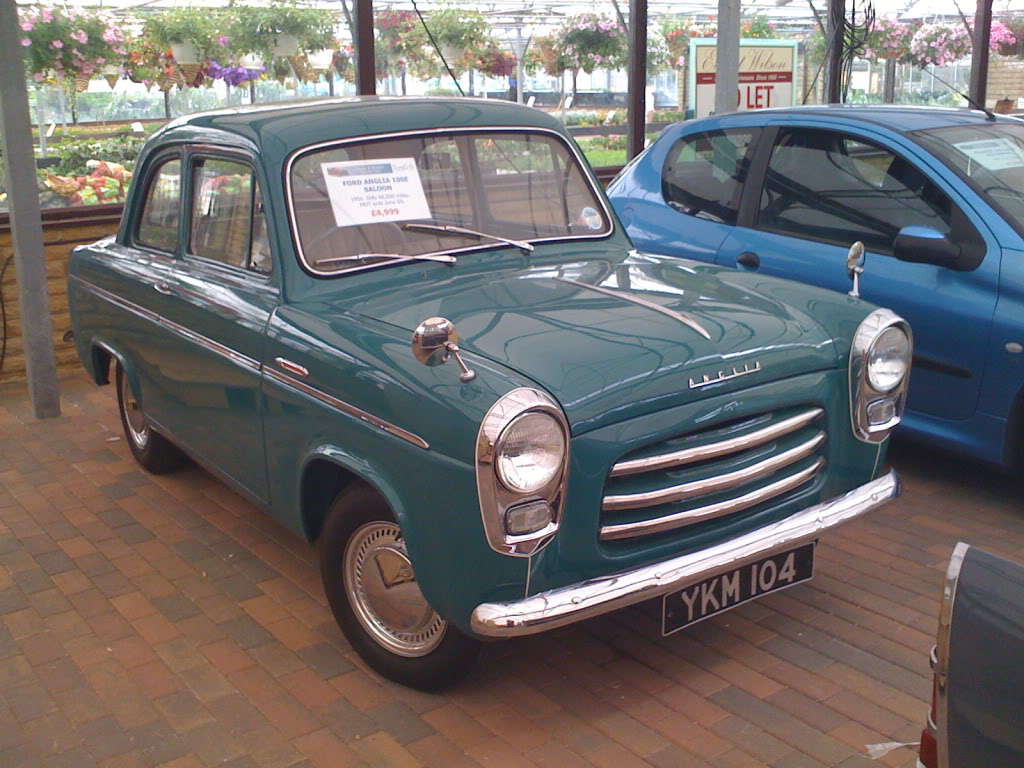 we replaced it with this, which at the time appeared a huge heavy old fashioned lump 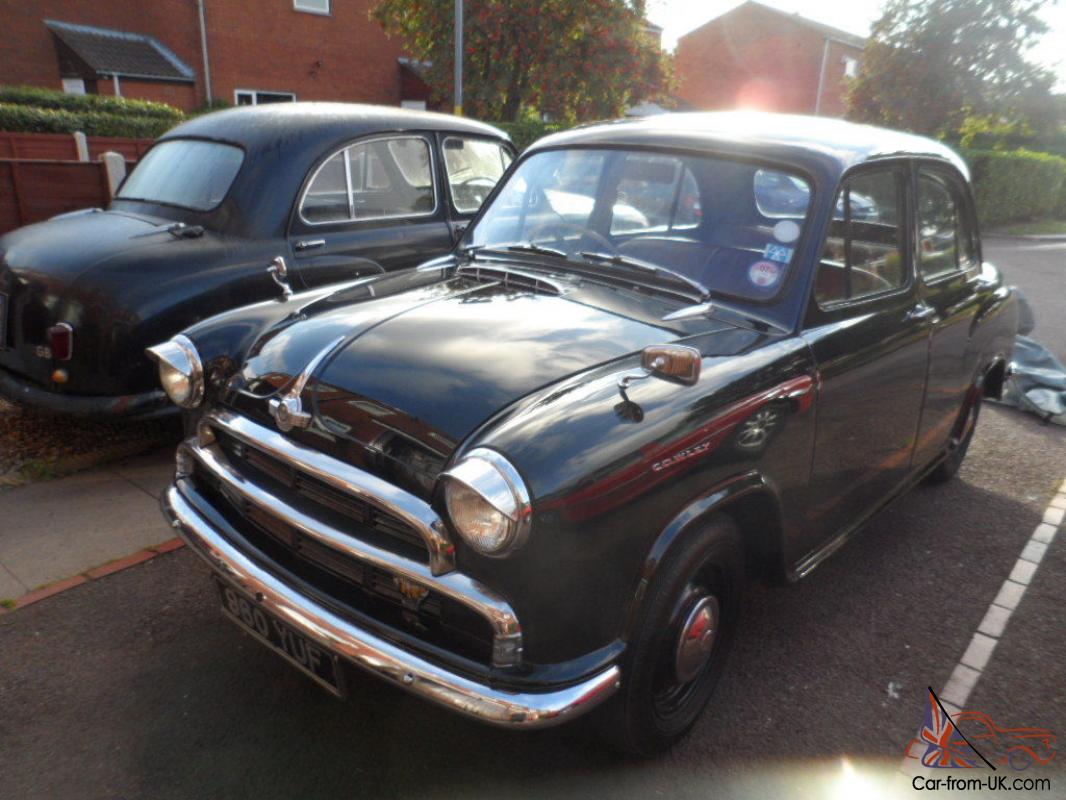 E30 M3 which would now be worth a pretty penny now especially as it was the BMW press fleet car so was featured in all the magazines, I enjoyed driving it so much that I would drive it slower just to make the journey last longer, trouble was that fitting a baby seat in the back was rather a challenge then thieves attempted to steal it but didn't bargain on me unplugging various leads on the engine so the scum bags didn't get it.

DickieG wrote: Being LHD it caused the odd double take from other drivers when I had my dog sitting up in the front passenger seat

I have two cars I regret parting with..

Firstly an MG Metro Turbo I bought new in 1986 and got rid after two years when I was posted to London.

I replaced it with a Fraud Fester because I wanted something nondescript as it spent most of its life in MK railway station car park...

In those days cars were secondary as I was a biker first and foremost.

And this one which I think everybody knows about 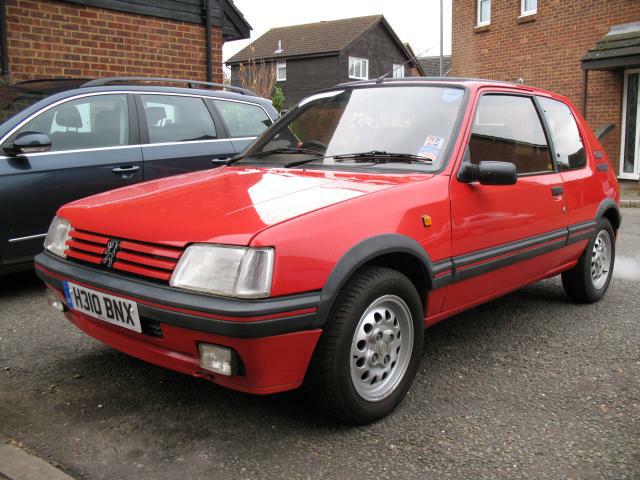 I only ever sold 2 cars and I was glad to see both of them go. One was a 1.4 Corsa Breeze, the other a Ford Escort 1.8D.
The 2 I've most regretted seeing the end of were my first Xantia, which had blown piston rings and my van which needed to much time spending on it to keep it on the road and get to work. Xantia was a green 1.9td n reg and the van an LDV Pilot y reg in red.
Top

Without a doubt, my lovely(ish) 205D-Turbo. It was quite economical and surprisingly pokey as well.

I spent quite a bit of time sorting it when I first got it cheaply (twas £100 as the h/g was in urgent need) and did all those other little jobs while the head was off too such as cleaning and repainting the inner wings. I also drilled out the small return hose on the thermostat housing as on these they tend to clog.

as I had to take the inlet manifold off for access to the lower end. oh well.

Had 306 'meridian' alloys too which seemed to suit it reasonably well and were sensibly sized, the offset was near enough too.

The downside was the GTi front suspension as around here there are a *lot* of those square speed bumps and I had to go over half a dozen each way to work and back and anywhere else, no choice. This did not assist the life of the wishbones, typically they would want changing every 2 years however I did use pattern ones as the genuine ones were about 130 odd each, and pattern ones were a more wallet friendly 45 or so from what I recall.

Other "unusual" changes I made were to fit a diode across the instrument panel so the coolant level light illuminated with the oil pressure as a 'test' so I could be sure it worked. Surprised they did not have that anyway.

Oh it had the 'back of block' fuel heater as the 205TD's do not have the "top hat" fuel filter as its not possible to fit it due to hose incompatibility on the turbo (as the NA does not have an oil cooler so it does fit that) , anyway the 'back of block' heater did its usual trick of being more interested in taking in air than anything else, so it was bypassed and after some thought I made a fuel heater using the thermostat return pipe (which gets hot first) and the fuel inlet pipe. I used a few inches of microbore central heating pipe for the fuel line and normal copper piping for the water return. These were slightly squashed to give htem a flat side then scoured and soldered together. Result was slight warmth but not enough for it to be a problem. It was fine like that.

The other change I made was to replace the fuel filter housing as it started to take in air as well, I found a generic one with a sensible spin on easily available cartridge (similar to the TUD's actually) with a built in primer, piece of cake really. You can see that in the fuel heater pic.

It was a H plate, had the full black dash, and lovely dark grey velour sports seats, along with the GTi style instrument panel (I know Jim had an STDT so he'll know what I mean) same thing but in black/grey rather than most STDT's which appear to be beige inside.

I do remember the radiator being quite expensive (approx 130) simply as the DT's had a different one, limited market I guess. Body parts were cheapish and engine parts were cheapish but anything specific for that engine in that body was not it seemed. Hmm. My conclusion anyway.

I was planning on fitting an intermittent rear wiper (easy with a 306 relay actually) but never got around to it.

I also swapped the front seats side to side as the drivers bolster was a bit floppy (oo er!) , quite easy you just have to swap the frames over as well carefully to retain everything.

Spec was not too high:

No PAS (sadly)
It was a 5 door (I would of wanted a 3 door if there were choices personally)
Central Locking (not remote, too old for that)
Vacuum sunroof and no leaks or issues at all.

A few pics, I do not have many:

A nice car (although it was a random pic, it did need a wash) 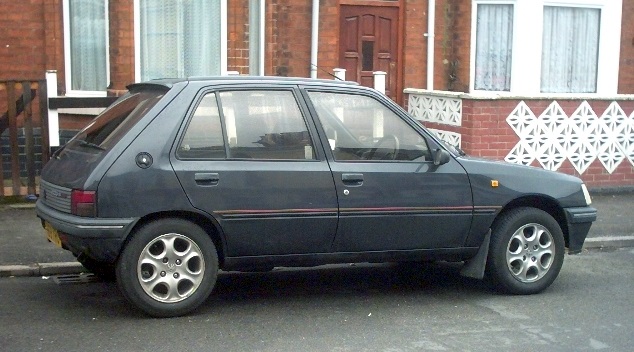 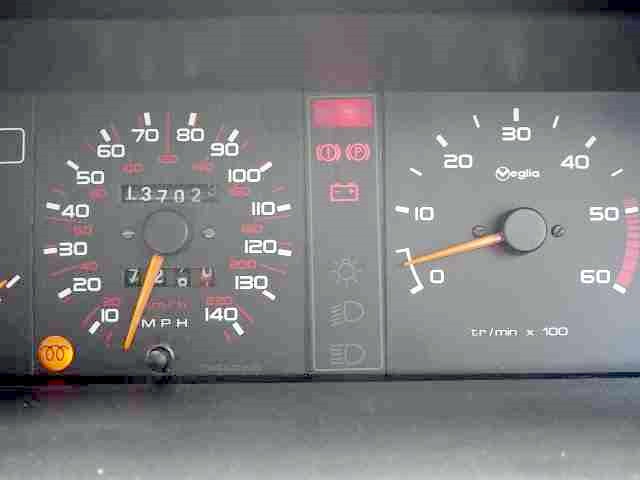 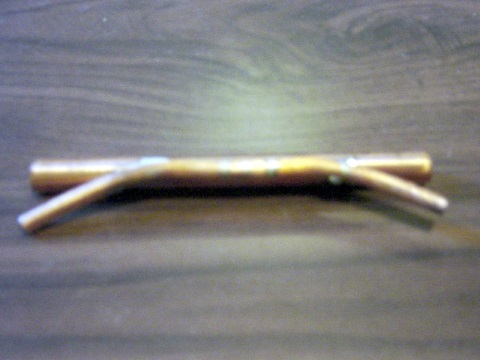 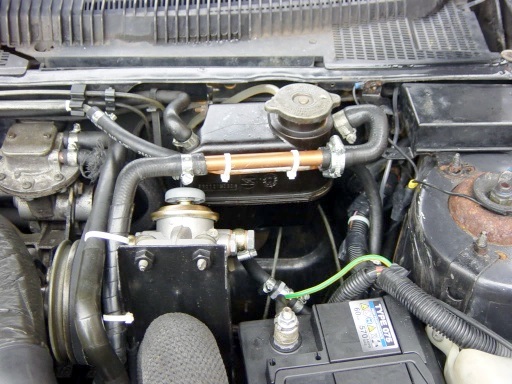 My white c5. I should have got a headlight for it and done the VIC and new MOT. It was getting the way of being perfect and wouldn't have been much to fix. The insurance payout could have paid fixing it and fixing the heater no problem. I suppose if malcolm of savoy sees this he will happily sell me it back lol

Three come to mind. A 1970 Volvo 164 in gold with the very rare manual box, a blue 1975 Wolseley 2200 manual, and a 1968 Ford Cortina 1600GT. I sold all three over thirty years ago for peanuts. Volvo's and Cortina's are out there but at very good money, but seldom seen in the spec of the two I had. As for the Wolseley I've only seen one for sale in the past five years, and that was a wreck at premium price.
Top

It'd have to be my first Xantia for me. I bought it from Shoreham Car Auctions - first time at an auctions for me. It had a dent in the door, it had a flat battery, and it didn't reach reserve price, but as my bid was so close, they contacted (I think) Citroen Finance who were selling it, and I was allowed to buy it

A 1.9TD VSX with somewhere around 60k miles on it. I put it through an awful lot of adventures driving up and down the UK and over quite a bit of Eurpoe.
Her finest moment was taking 3 of us on a month long circuit of Poland back in about 2002 on the trail on a New Zealand LRDG soldier who was killed over there. We also took the opportunity to investigate many WW2 bunkers and tunnels in some quite unusual places whilst we were there

She managed the motorway miles, off roading on forest tracks and ridiculous heat (well, I thought it was ridiculous) all whilst loaded to the gunwales, and she never missed a beat. I also coaxed her from Poland to the UK on one tank of fuel with only one stop en-route

I eventually sold her a good few years later as bits were starting to wear out - not entirely unsurprisingly - and it needed another cambelt...... and I couldn't face doing the cambelt again 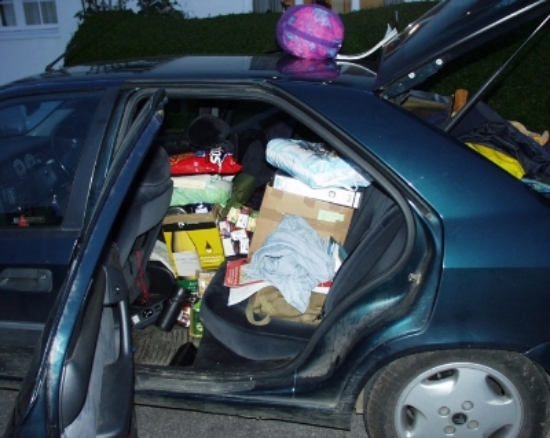 Told you she was loaded for the trip

The power strip you can see in the footwell was attached to an inverter I'd wired in so we could charge our laptops, camera batteries, caving lamps, and anything else we wanted whilst away. 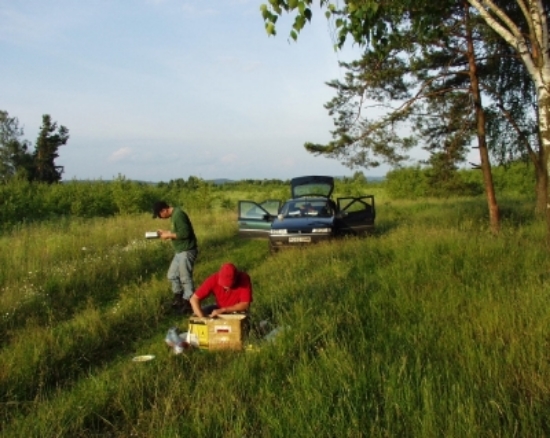 Setting up to camp for the night. 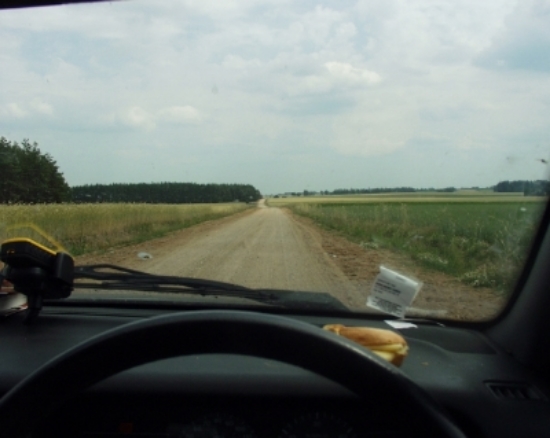 In the middle of nowhere, and not on the map. I'd rigged up a Garmin to my laptop which was running an early version of AutoRoute. Only problem was, decent mapping stopped at the German/Polish border

No idea what happened to the cheese sandwich on the dashboard

I love the pics of all your cars. I have had literally scores of cars. Goodies baddies, crazy's the lot.
I don't regret selling any of them.
I make my mind up........they're gone. When they don't fit your lifestyle or desire, or you can't be bothered fixing them, what is there to regret?

For me it's usually a case of "it makes sense at the time." Looking back though I'm not always so sure.

One exception being the Cappuccino, which I simply didn't have the resources to deal with, and would have probably cost thousands to sort. That was one that I knew would just sit forever if I didn't sell it. Knew I would regret it though...and still do!
Top
Messages: 14 • Page 1 of 1