Found this series of "films" on you tube which you may enjoy if like me you like a bit of nostalgia. I have posted up three examples below but there are absolutely loads in the series, presumably time fillers and "public information" style films when the cinema was king.

I say "films" because they have that "newsreel" before the main feature feel and are narrated in the Mr Chumley-Warner style.

Now those forum members with an interest in Newport Pagnell will be fascinated by the first "film" three minutes in...


And one for the old motorcycle enthusiasts on the forum

Look at Life-Behind the Ton-Up Boys


Hope you enjoy them as much as me.

I'm sure that there was a company called Atkinsons in Newport Pagnell that made road rollers and the like.
Not as quick as the Aston-Martins but paved the way for them, as it were.
Top

I <ahem> managed to acquire copies of the various Look At Life DVDs from a site who shall remain nameless. They are superb films - a fantastic snapshot of how it used to be

A nearly complete listing of the films available on the DVDs can be found here http://en.wikipedia.org/wiki/Look_at_Li ... _series%29" onclick="window.open(this.href);return false;
Top

Thanks bobins looks like over 500 of them were made! Just watched this one. For me they're fascinating and deserve a good airing. Any recommendations?

The Argosy frieghter plane in that pic is rarer and more interesting than the car.

points on offfer for the nickname of the Argosy, it may have several variations, with the RAF vesion being more descriptive

here is a bit of help 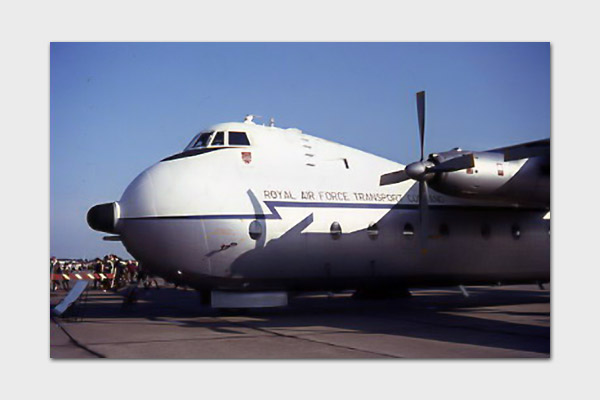 I did a Google search, and found this lot;

yes at least one of the answers is in the link, but probably needs formal declaration on the thread for the points!

It was the Whistling wheelbarrow.

NewcastleFalcon wrote:Thanks bobins looks like over 500 of them were made! Just watched this one. For me they're fascinating and deserve a good airing. Any recommendations?

One episode that has stuck in my mind concerns men and women in white coats at the Royal Observatory at Herstmonceux - it shows them keeping a careful eye on clocks and watches that are submerged in beakers of water. This was - obviously - and important Ministry job in its day

I've also collected some old BTF British Transport Films http://en.wikipedia.org/wiki/British_Transport_Films" onclick="window.open(this.href);return false; which are good for a slice of how it used to be. Also got some old 60s-80s military recruitment and promo films from back when the military was a different beast to the one it is today.
Top

NewcastleFalcon wrote:yes at least one of the answers is in the link, but probably needs formal declaration on the thread for the points!

northern_mike wrote:It was the Whistling wheelbarrow.

Well what a dilemma, but I reckon the points have to go to northern_mike!

It was known in the RAF as the Whistling.....

OK, I didn't get the points, but I did laugh at some of the more colourful nicknames I found!
Top
Messages: 12 • Page 1 of 1