It was bound to happen sometime.. a C5

It was bound to happen sometime.. a C5

Yes, it has happened, I know I know, dont buy a mark one.. unless you have a lexia..

Well, I have a Lexia, but I didnt strickly buy this either, its a running project

It was worth a go.. The combination.. 2.0 8v 110hdi engine with the AL4 AUTO box.. Yes, the combination the Xantia never got for what ever reason.. and now, after 1,300 miles in the last week and a half it is actually a GOOD combination, and works well, and before any doubts are cast, there little to no power sap from the box and foot down can go releativly well! 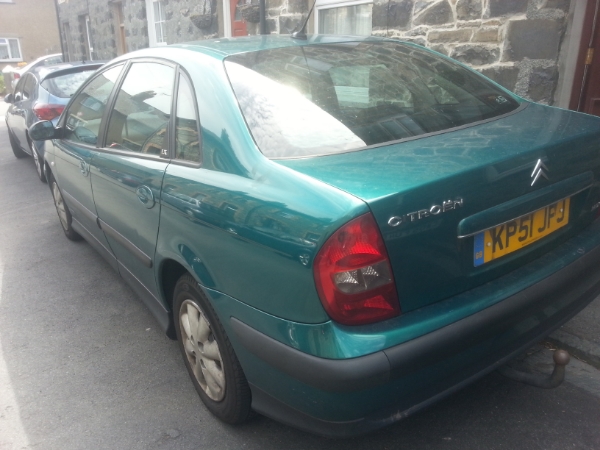 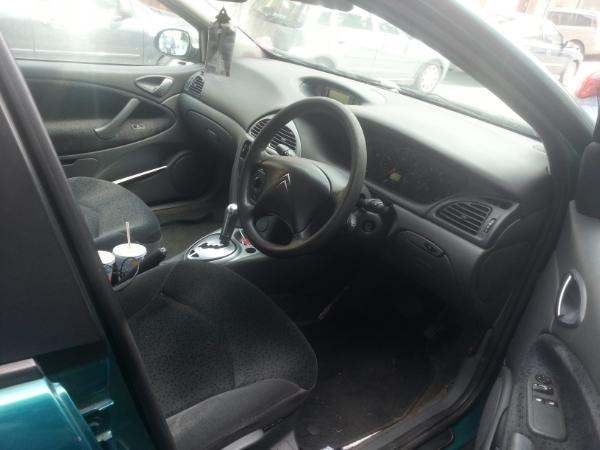 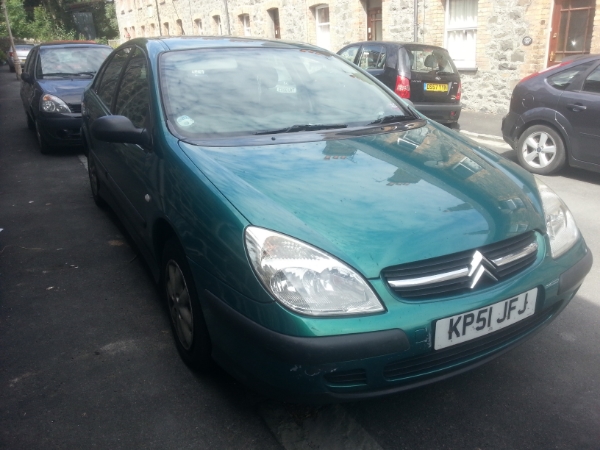 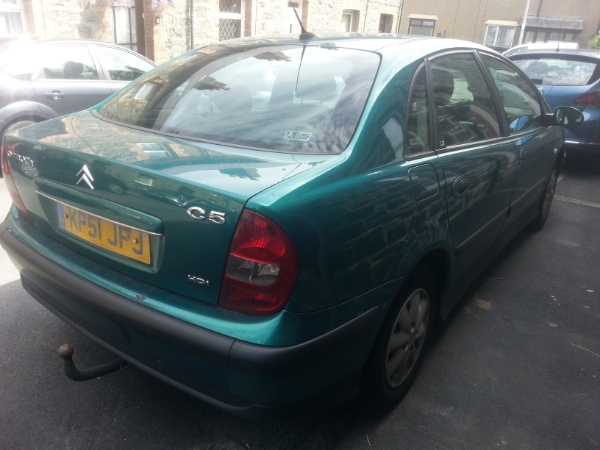 Yes, door handle removed, and door catch missing... so it was all tie wrapped shut.. 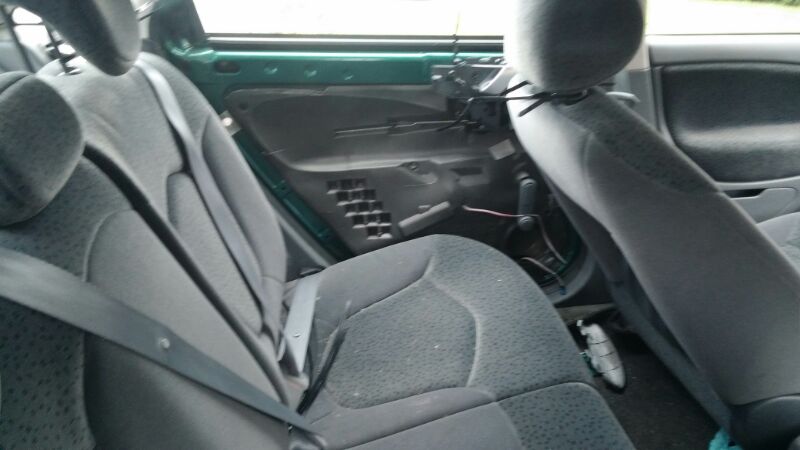 Outer door handle, and door card was all in the car only the actual catch was missing.

Other things also the Air Con was not working, and the buttons for the auto box sport and snow switch;s were missing.

However, just as a stroke of luck our friend R9JKE (Luke) in ireland was breaking a C5, so a quick message for a door catch, switch buttons and of course a Cruise Control stalk was made and they duely arrived!

Sorted the door, put it all back together that was sorted. Fitted the switch buttons but then found the rubber membrane behind the switchs is missing... and of course fitted the cruise stalk, and switched it on in the ECU.

Interestingly though, I found it was the same setup as the last Xantias! There was NO NEED to activate the BSi to switch the cruise on. I only needed to turn it on in the engine ECU so I didnt need the confidantial key card code! No need to access the BSi.

Stuck the lexia on, cleared ALL faults to start on a clean sheet. and had a look over the car.

To my surprise we found the cambelt and water pump done at 82k.
Car was advertised with 150k on it, where in fact theres just 121k on it
NEW Front disks and pads recently fitted. Still shining.
New rear tyres on it.. fronts still pretty good.
but an oil filter that had been on for so long its rather rusty!

So an oil change is in need.

Stuck the vaccuum pump on the air can and vacc'd it down. Left it for a moment held a Vac, regassed, and het presto freezing cold Air con, and it has now held for Two and a bit weeks! However, the blower only works on Max so a resister is needed.

So, what do we have. Well, not completely fault free. We DO have a gearbox fault ... in which the lock up torque convertor drops off randomly once shes all warm. Not drastic, but it does cause higher revving, higher fuel consumption and when foot is off the pedal the engine drops to idle rather giving engine braking.. however, a quick ignition off and back on and it will lock up again. sometime for ages sometimes for a short while.

Over the last 1,285 miles trip, I have averaged a consumption including Air Con useage and conveter slippage around 43mpg!

So, today after a fresh read of the gearbox ecu: 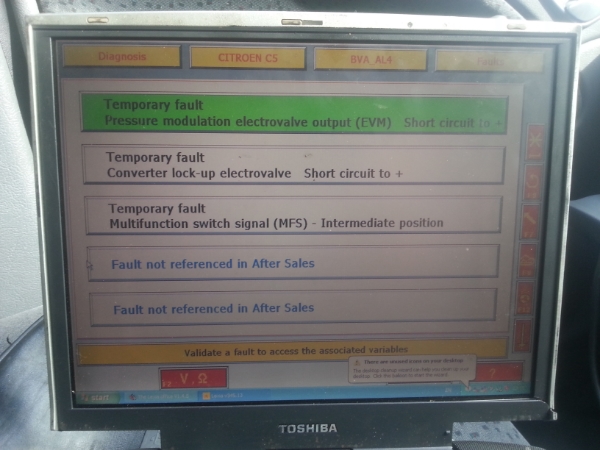 I beleve its an electro valve in the hydraulic block... That will be fun to sort out!

The other issue I had but resolved which other 2,0 8v owners might like to know was the lack of turbo ..

I discovered on the electro valve vaccuum pipe curcuit theres a joint with two outlets.. strangely the EGR one had vaccuum on it, yet the next port to the Waste gate EGR had nothing! So I swapped it over, and hey presto normal turbo resumed.. I shall look into this further and take some pics. Not looked to see why theres a Vac issue.

But there we are. Couple of issues, which I need to resolve, and then we need to decide what we are going to do with her! We had a planned intention for the engine and box, but overall the car is possibly too good. We shall see.
Top

Nice one Paul. I think you'll like it. I like them. I think, when they work, they're a much better than a Xantia. Not as quirky or as interesting, but better as a vehicle.

I do. Its very modern and the brakes caught me out a few time till I got used to them and realised how poor my xantia brakes must be.. I also like the great cubby hole to my right.. very handy like a second glove box..

if it was a long term then I would have to get another.. I dont like the colour and its only an LX so manual rear windows and no climate control.. just basic air con.. and no auto wipers or lights..
Top

The first one I had that I sold to my brother gets a service and a set of brake pads occasionally. That's all it's had in the last 2 years. It just goes and goes. I couldn't find a diesel auto one when I was looking.

I wouldn't mind a 2.2 now, as all the bad ones have been fixed or scrapped, but the difference in power vs economy isn't worth it to me so I'd have a 2.0 instead. If I wanted to go faster I'd get the 2.0 petrol, it's nicer to drive than the 2.2 diesel, has as much power and isn't much less economical before you take into account diesel costs more.

I'm sure Addo will be along shortly to advise on the gearbox electrovalve..

I must admit I like the colour of your C5 a lot. I'd have one in that colour in an instant.

And no worries about it being an LX... Must less electronic wizardry to go wrong on you

WELL I NEVER THOUGHT I'D SEE THE DAY

Its a good buy buddy, I'm not sure about the colour though "Grandad Green"


CitroJim wrote:I must admit I like the colour of your C5 a lot. I'd have one in that colour in an instant.

Case for the prosecution rest's M'Lud

I do like the colour... Must be my age

superloopy wrote:Got to keep my cred up and say i loathe metalic green with a vengeance ... xantias included!

I've got to say I'd be very happy with a green Xantia. It's about the only colour of Xantia I've not had

Hmmm long term c5 WOULD NOT BE THIS COLOUR ... I have been spoilt by two things.. well three.. Hdi 8v economy .. auto gears (yes im getting lazy) .. working air con ... which in this weather is needed..

its short term.. to learn a bit.. but I didnt expect this is soon either..

as for the xantia.. she can wait a bit longer but as else where the other silver one HAS TO GO .. and desperatly.

I hate green too. I avoided all green xantias and eventually got a black s1 .. and a silver s2 .. just my luck this is green but beggers cant be choosers..

If a black c5 hdi auto came along I think id mess myself..

This is the joint that causes a Vaccuum issue to the turbo electro valve wastegate controller... 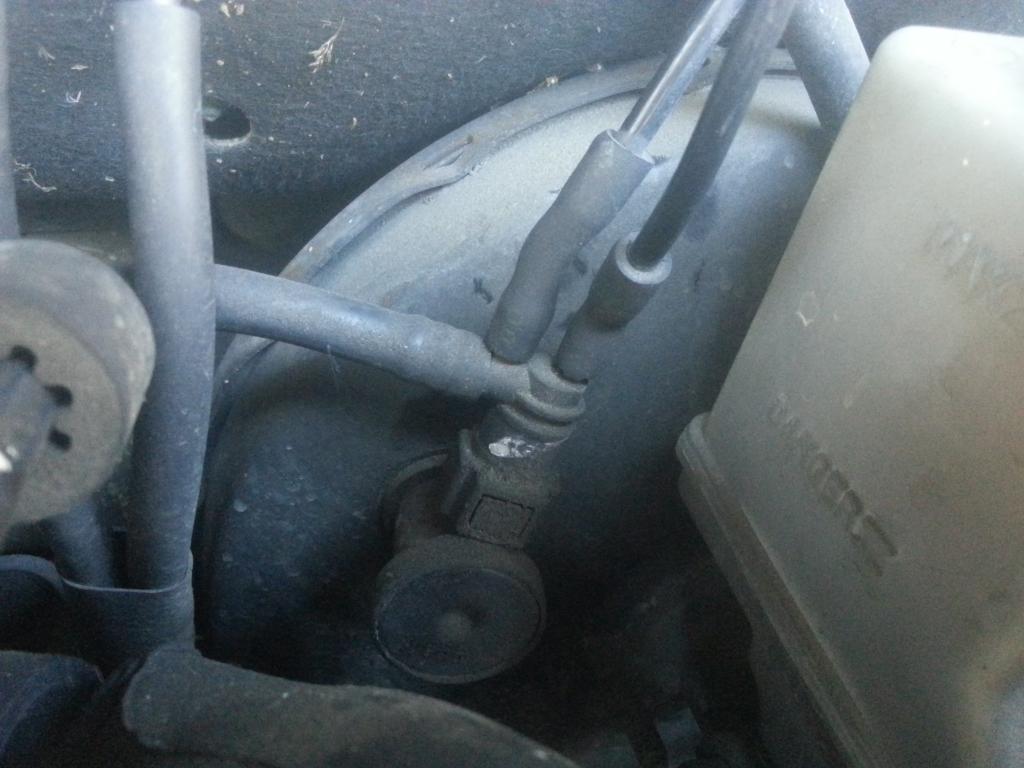 The small upward port on the left side has a vac on it.. the right one doesnt.. or intermittently doesnt..

However, the vac on the servo is perfectly adiquet.. so, after swapping them, the turbo issue went away.
Top

I do like the colour... Must be my age

I think this colour on a C5 looks good, and it's a very easy colour to clean - it stays clean for ages too.

I think Paul's got a decent motor there, a diesel auto 8V HDi C5. I like it.
Top

citroenxm wrote:Do you want to buy it when Fix'd mike? Im in two minds what to do....

Might well do Paul. Ironically, if you got it from Wycombe, that's only about 10 miles from me.....

I'm certainly after something cheap for the winter, I'm damned if I'm spending it in a cold 3-wheeler with no heater again. I was considering a new C1, as Mrs Northern_Mike wants a new(er) car. Turns out, that's a bad idea as she says they are not big enough for her. To be fair, she does carry a lot of stuff, including kids bikes around quite often. She's now said she wants a newer Berlingo, because of the driving position, the boot space and the all-important sliding rear doors. Ours is still in good nick with just under 100k on it, but it's getting full of niggles I can't sort myself, and am loathe to spend a fortune on it. If only I could sort that damn suspension knock out, it might be a whole different ball game! No one can find what it is though!
Top
Messages: 31