My Peugeot 305 Estate With a Xantia Heart

My Peugeot 305 Estate With a Xantia Heart

I bought the car last year from a lad in Gloucester. Heres a picture from the day. My mate took me down in his ZX 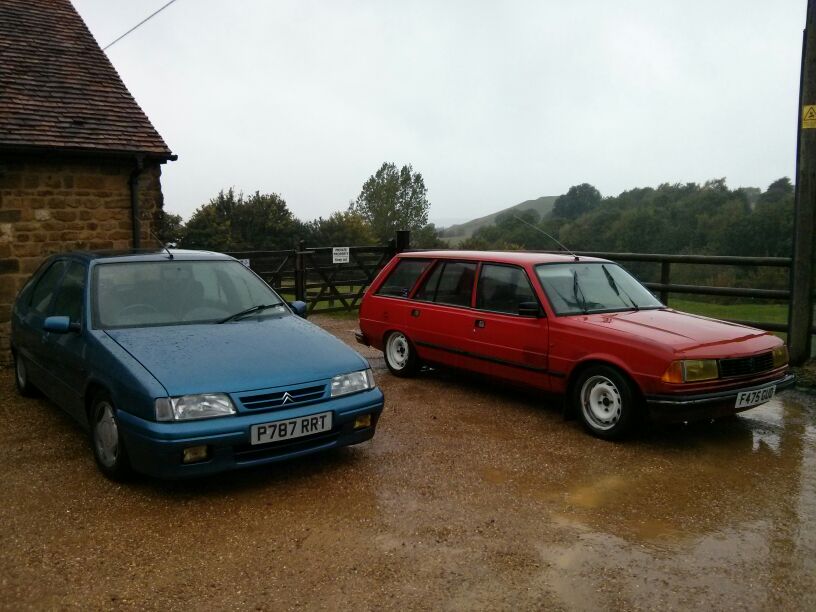 As you can see from the pictures it had been lowered substantially but mechanically everything was original. The engine had covered 194k miles and was still sweet as a nut.

To lower the car, the C15 style horizontal rear axle had its springs cut in half so it was sat on the bumpstops and it had peugeot 306 lowering springs up front which also had some coils removed.

It stayed like this for a few months until we decided we wanted to do a european roadtrip. With 4 lads and a load of gear on board i decided that a bit more poke might be necessary.

I was offered a Citroen Xantia 1.9 td for £130 so i couldnt really turn it down! 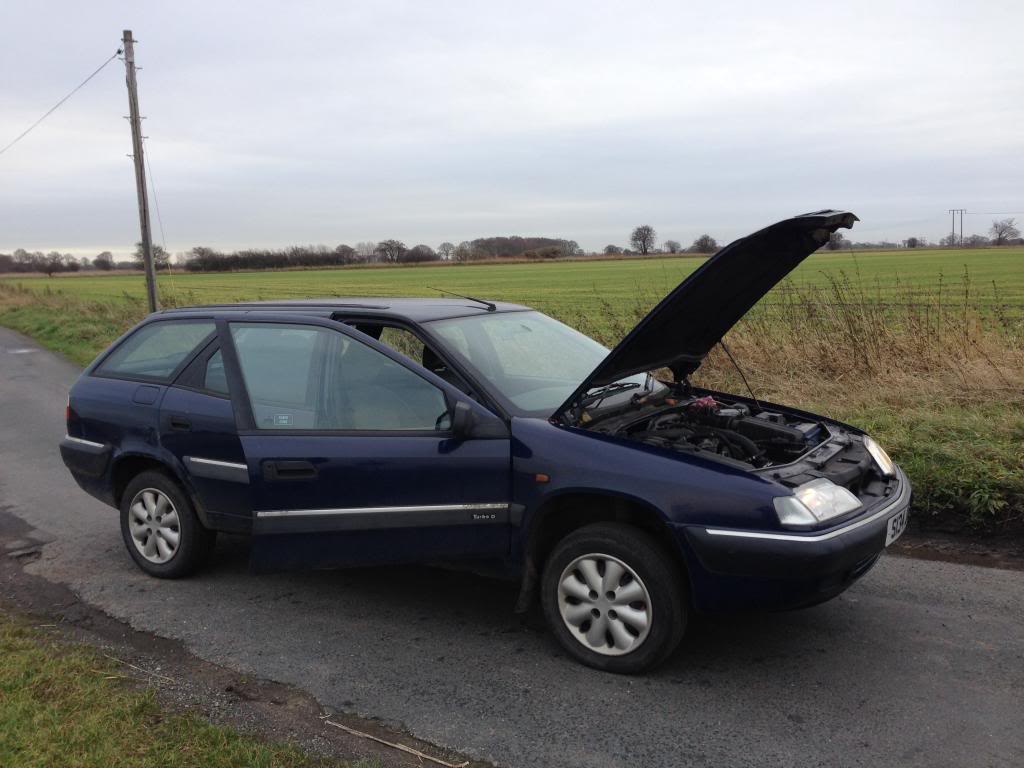 It was cheap as the body was rotten and the guy selling said it was down on power. I guessed a blown boost pipe and was right, the pipe coming off the top of the turbo was split. The engine and box were spot on and made an ideal donor for the 305.

Engine out of the xantia 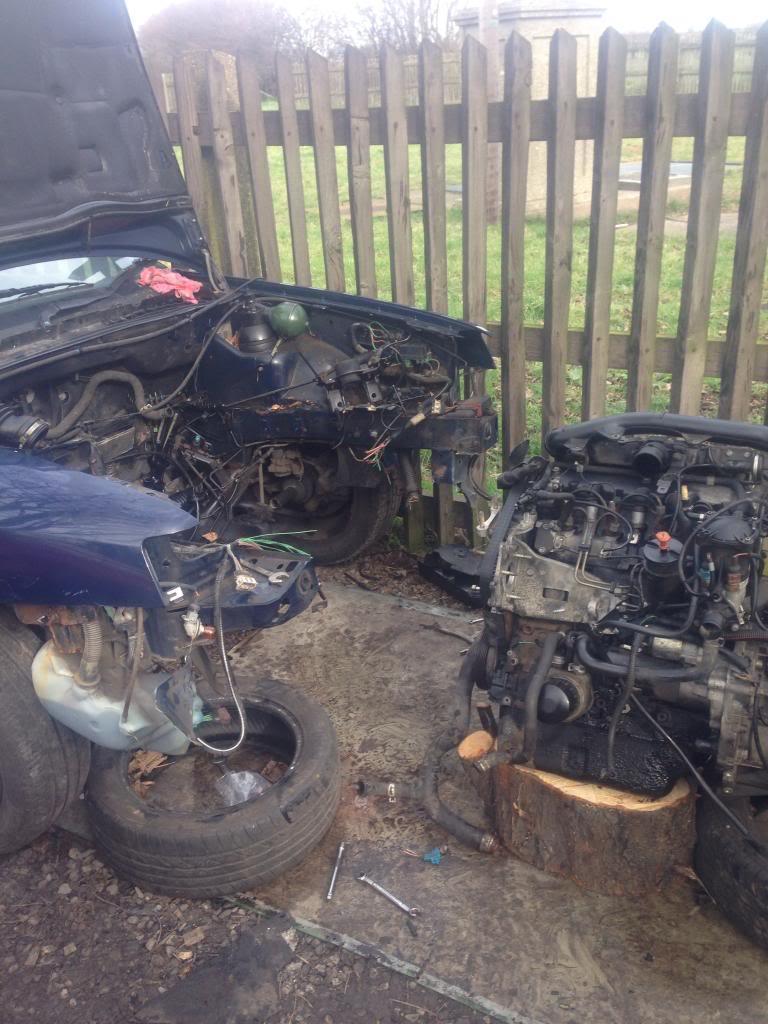 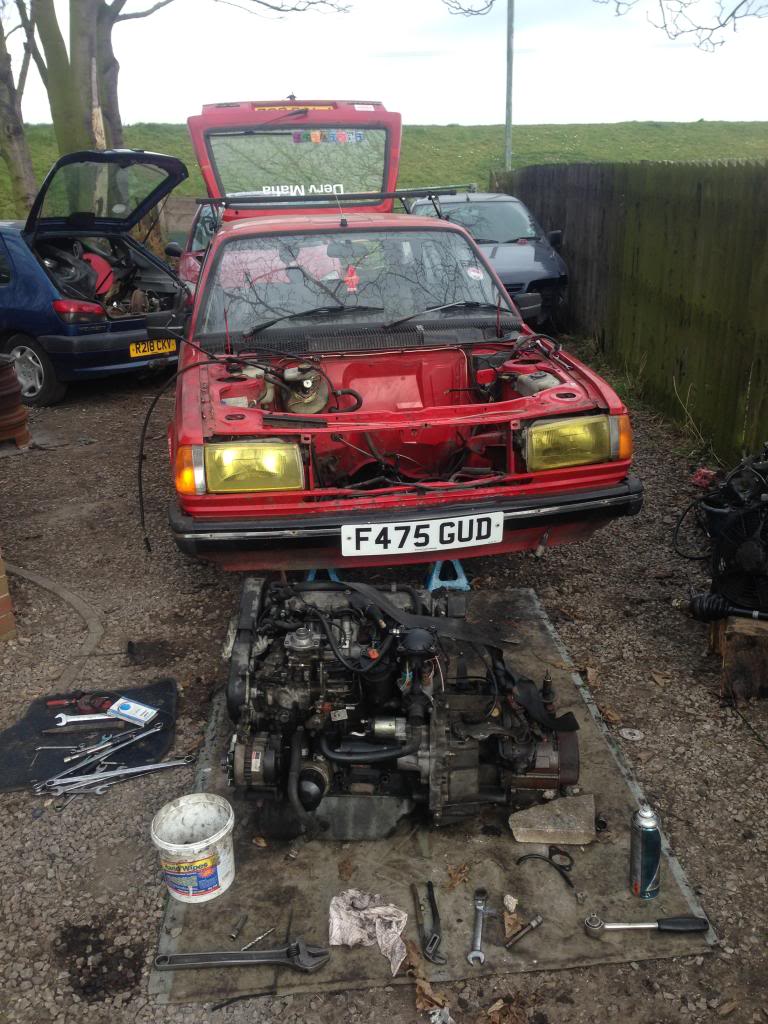 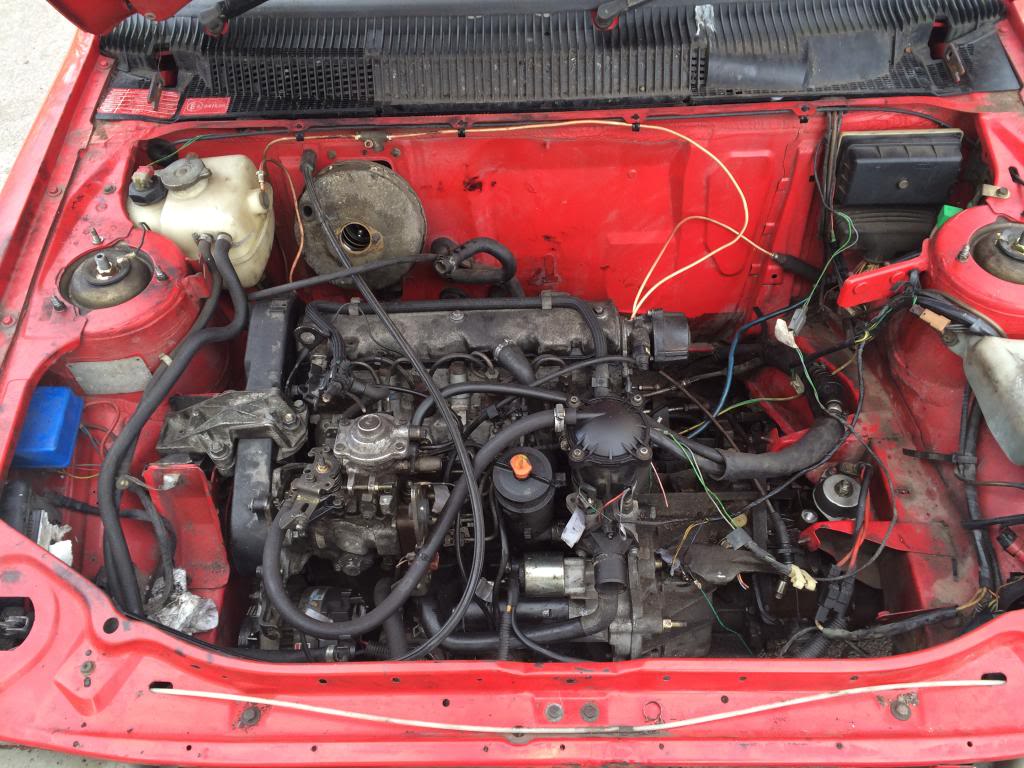 I now had a few issues!

1. Intercooler. Could have used a 306 top mount setup but was tight for space. So decided to go for a front mount intercooler
2. Xantia inlet manifold fouling on the brake master cylinder. 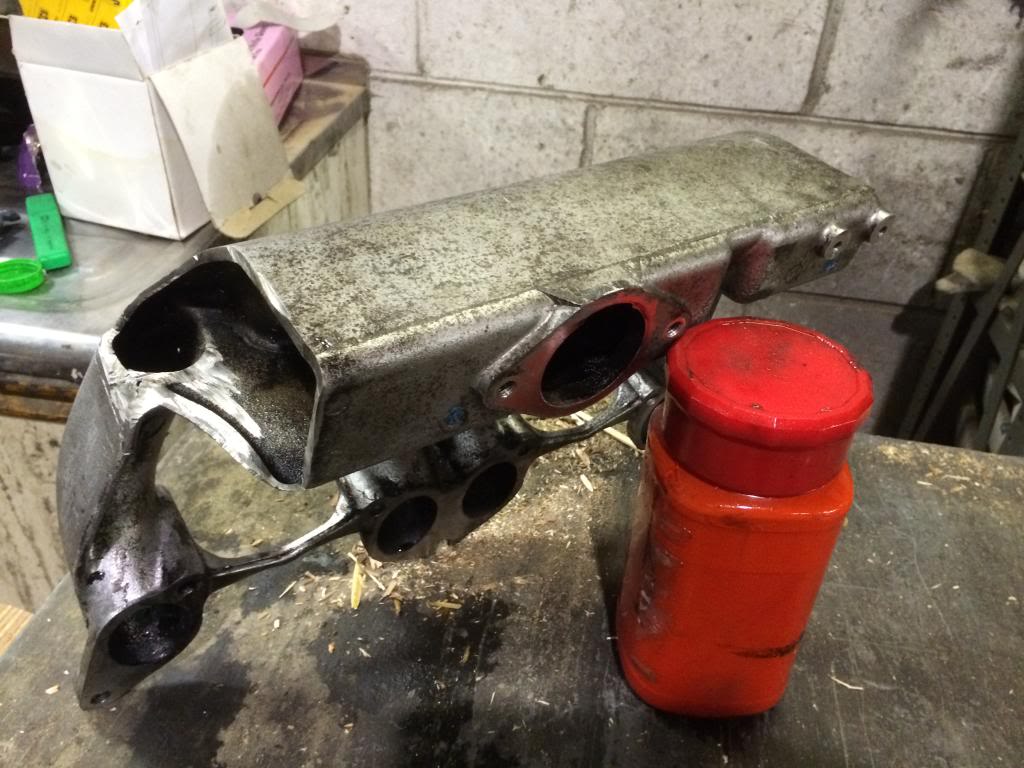 Had to shorten the manifold and have it rewelded 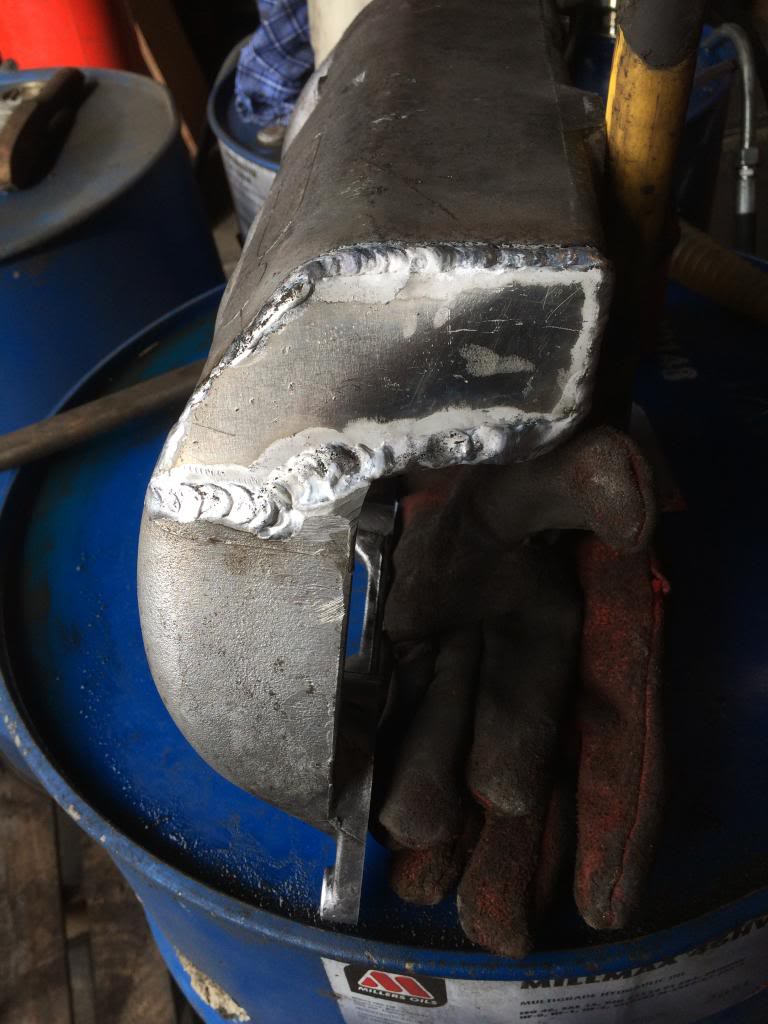 The inlet manifold now fitted! And i could pipe up the front mount intercooler 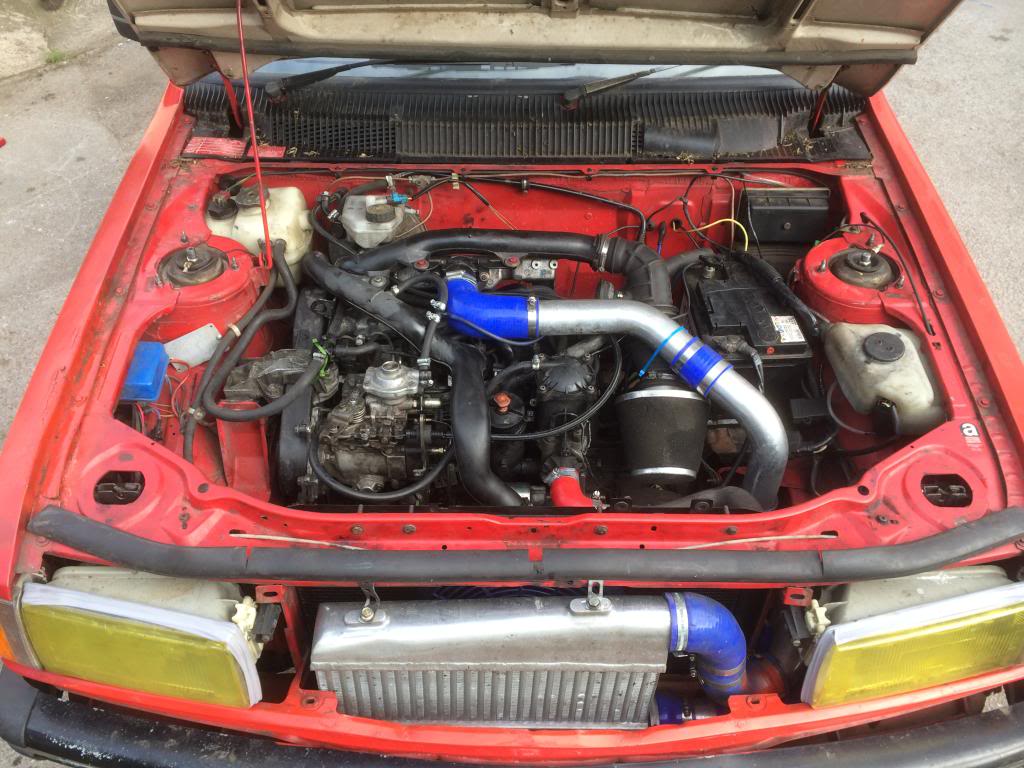 A lot of the xantia pipework was reused but i had to make up a bit from some ali pipe and silicone connectors.

For the trip round europe I had to raise the car. I fitted 206 coilovers to the front of the car and a 2002 citroen C15 rear axle at the back. I also got a set of roof bars, a roof rack and a roof box! And a set of 306 alloys 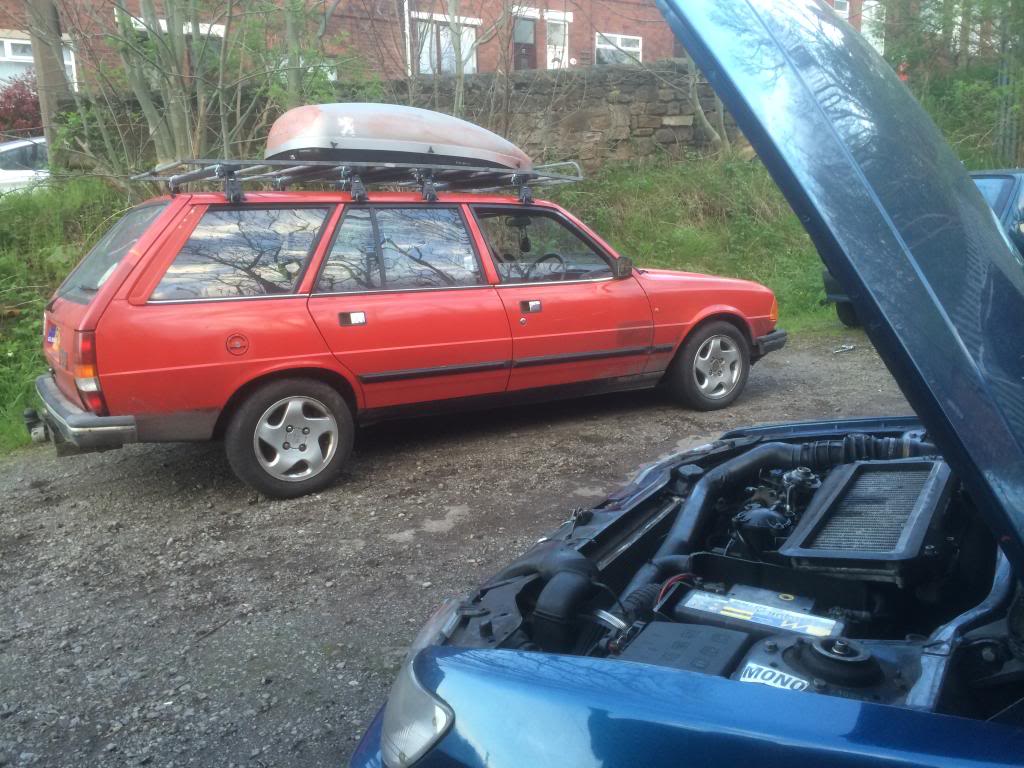 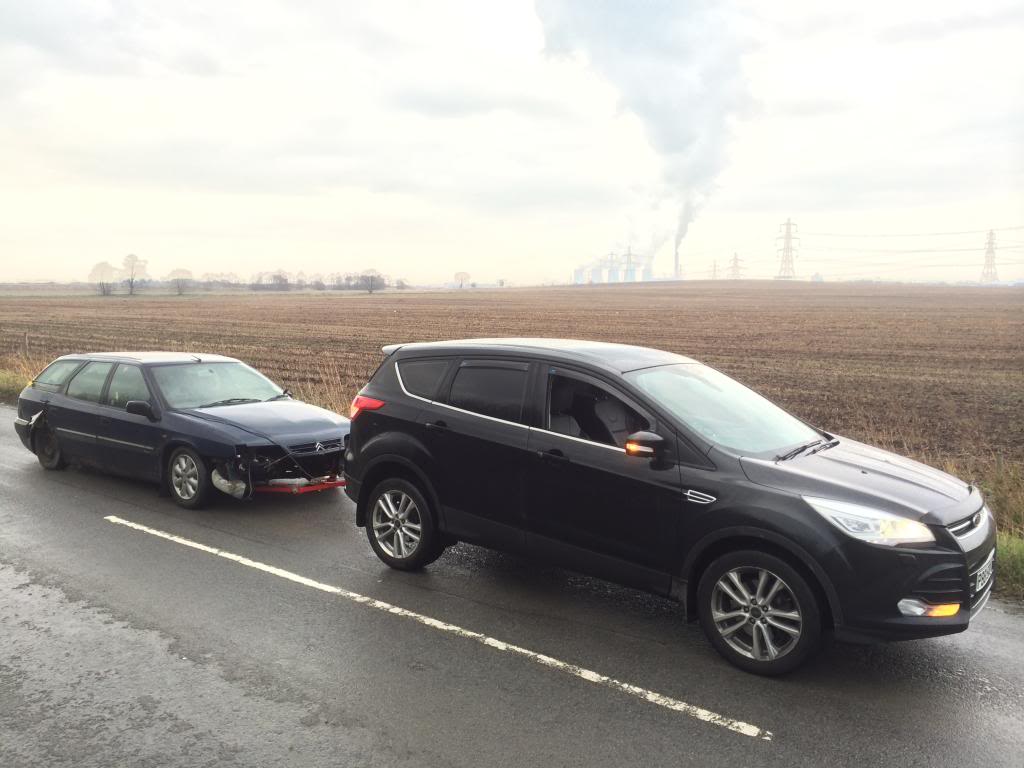 Fuel for the trip 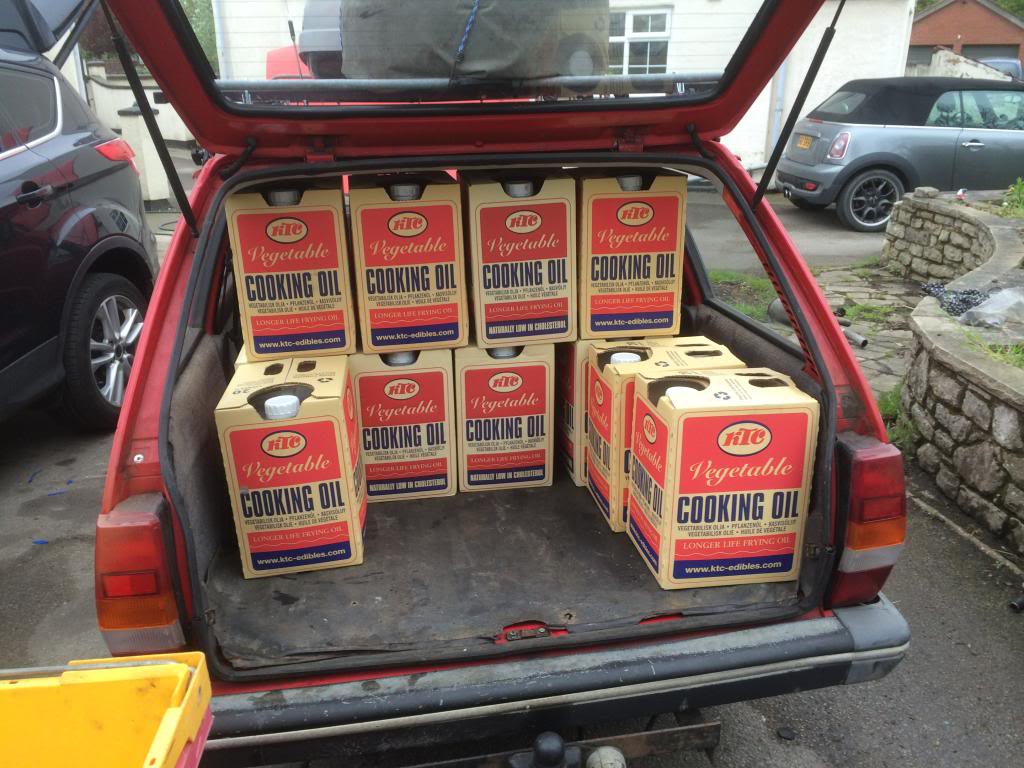 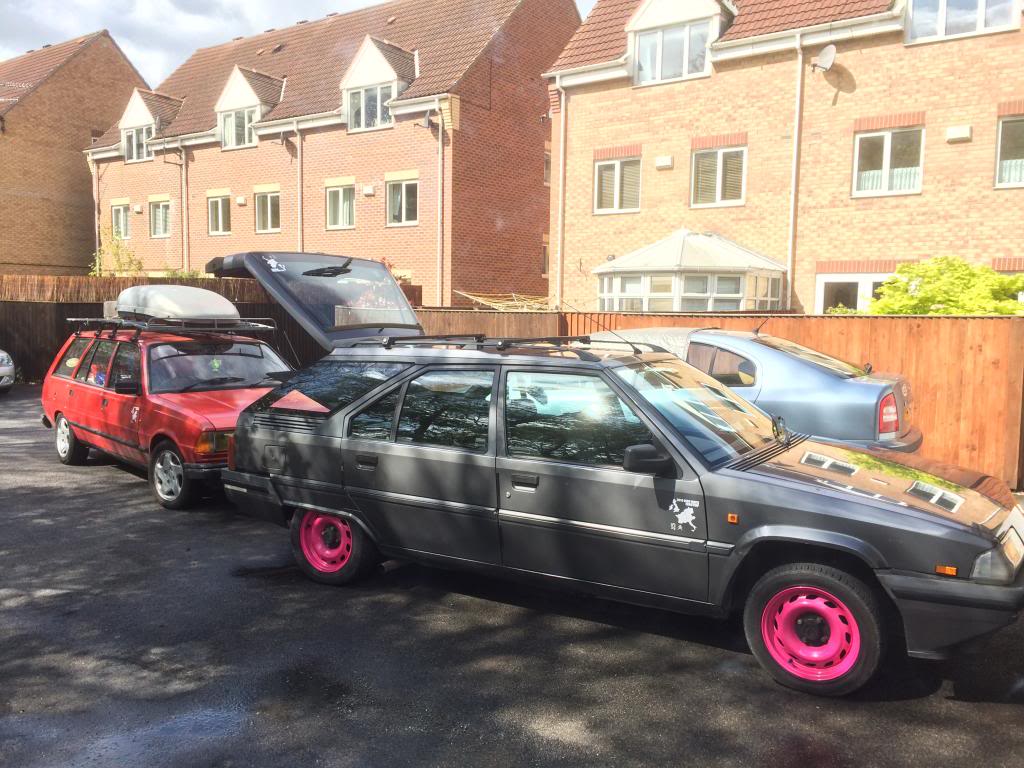 Couple of pics on the road 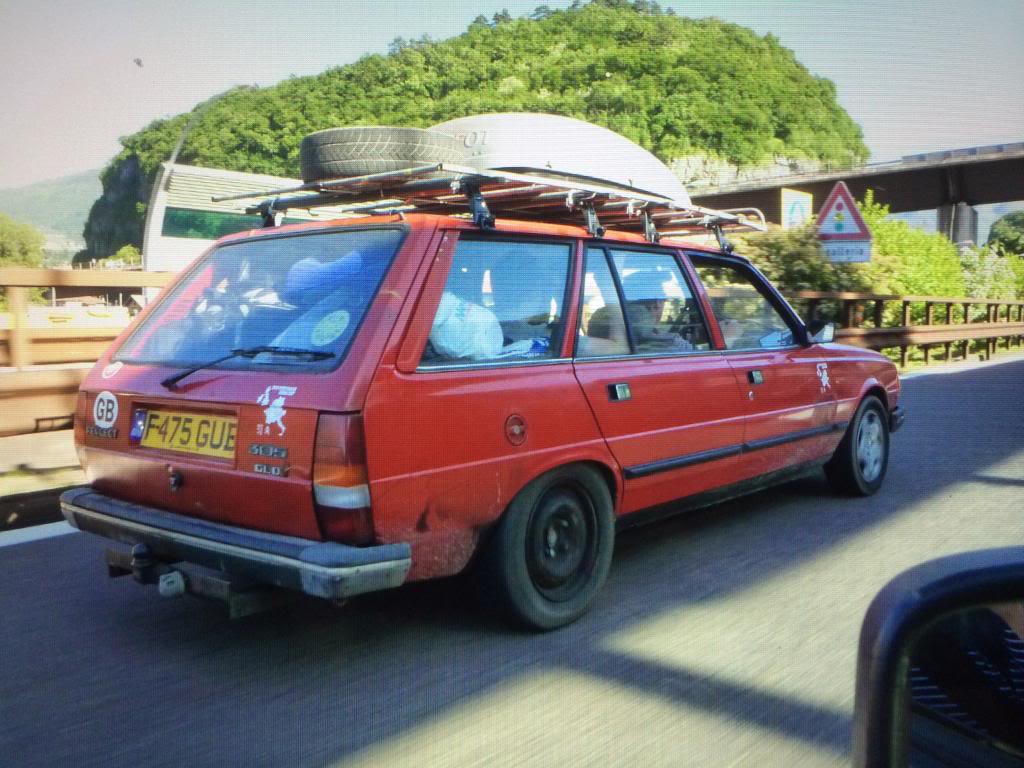 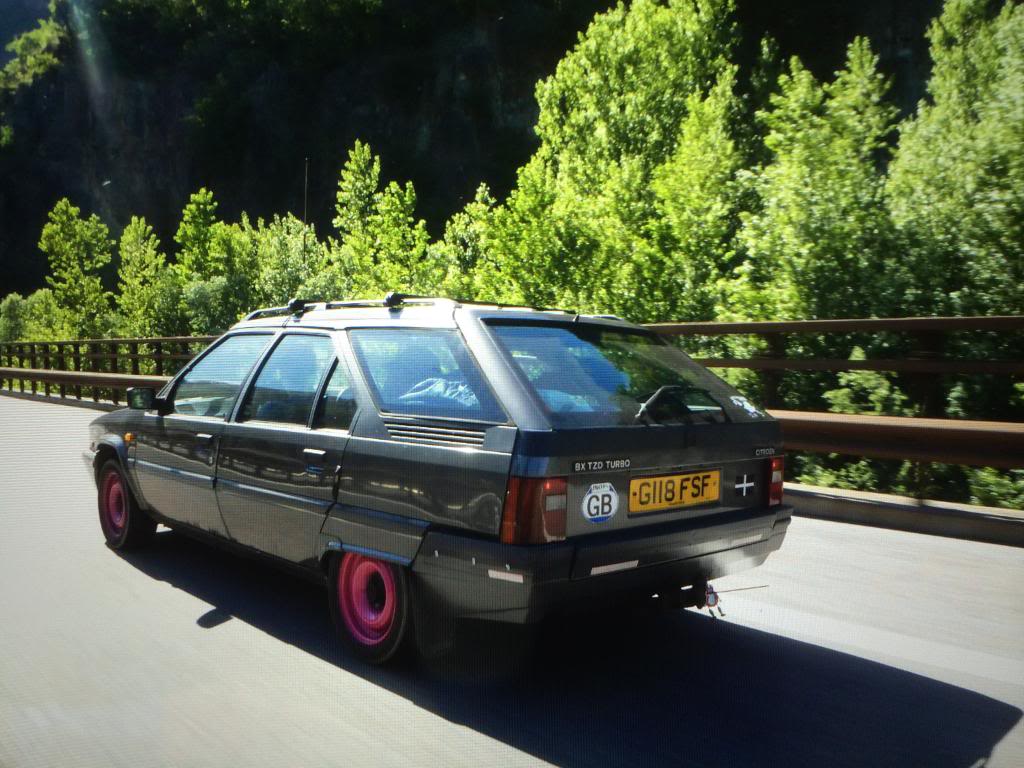 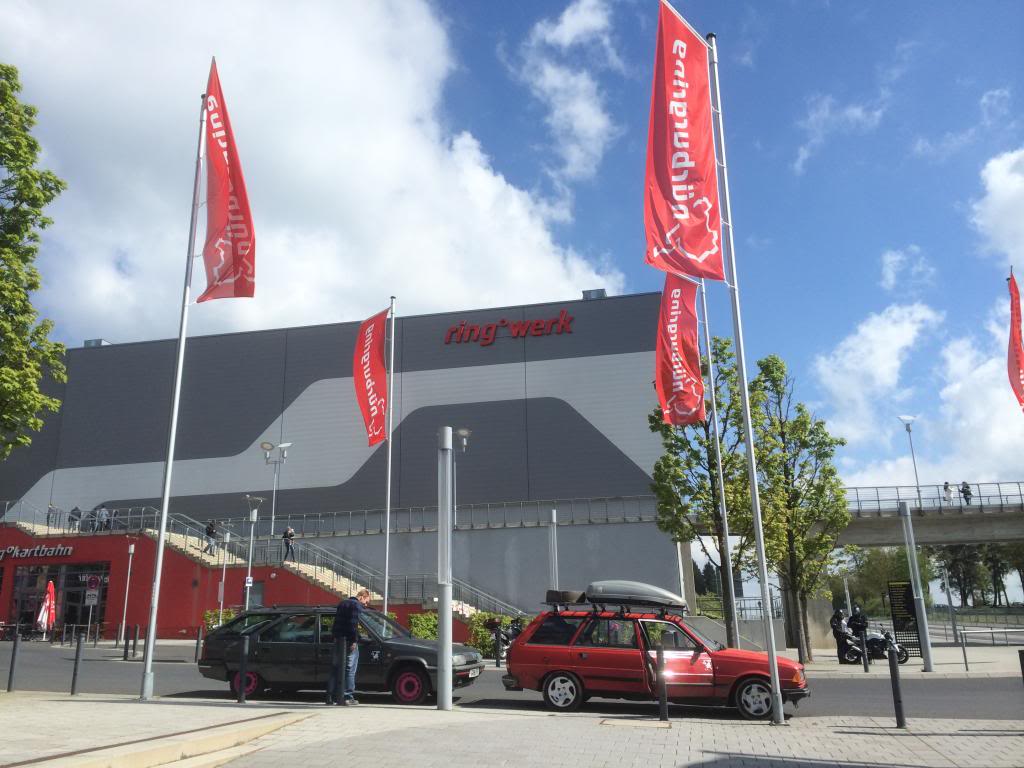 Both cars made the 3500 mile trip with no major faults!!!

Now the car is back i wanted it low again, so i decided to lower the car a little more professionally than before.

The c15 axle was modified first by removing two metal collars which space the spring mount within the axle. This meant the spring was less compressed. I also trimmed 3/4 of a coil for the spring until I was happy with ride height and it was not sat on the bump stops! New brake pipes and handbrake cables also fitted.

Up front the 206 coilovers were lowered as low as possible but it still wasnt low enough so i have removed the helper springs and wound them right down. 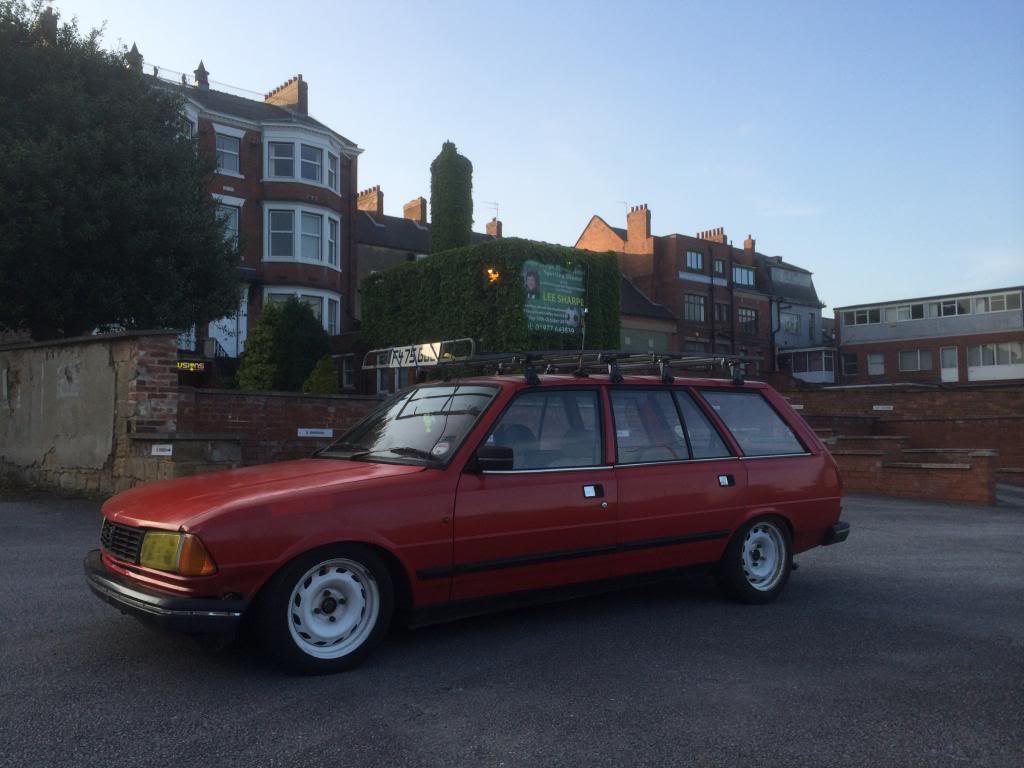 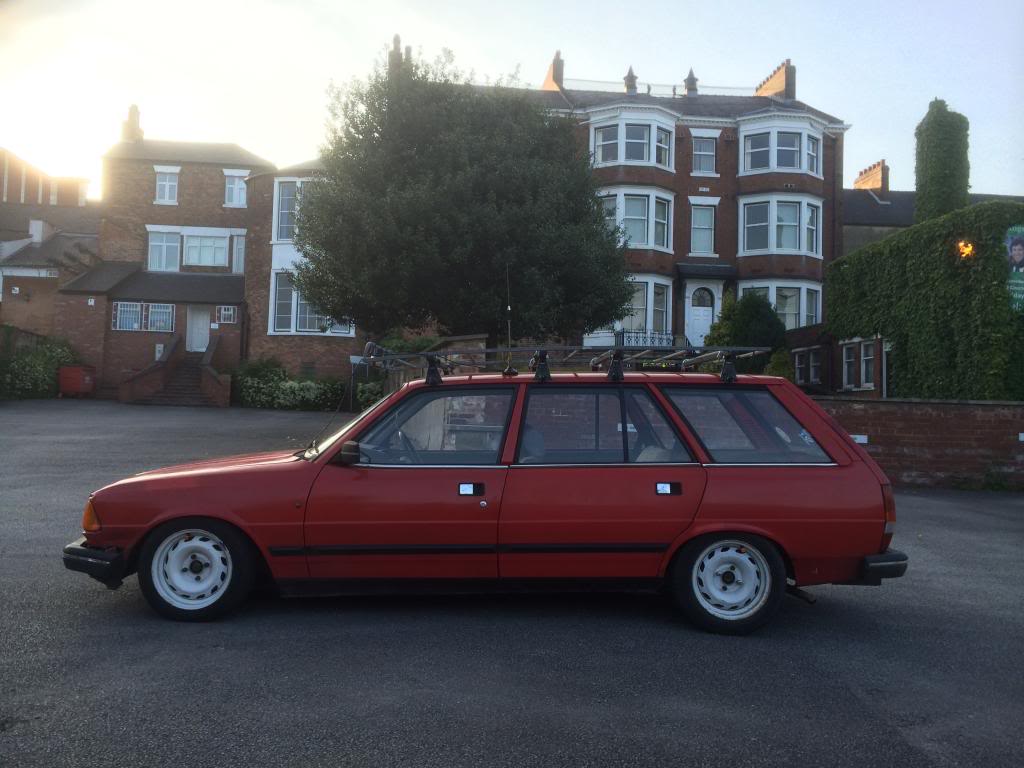 The perfect height in my opinion! And ride comfort is still OK! 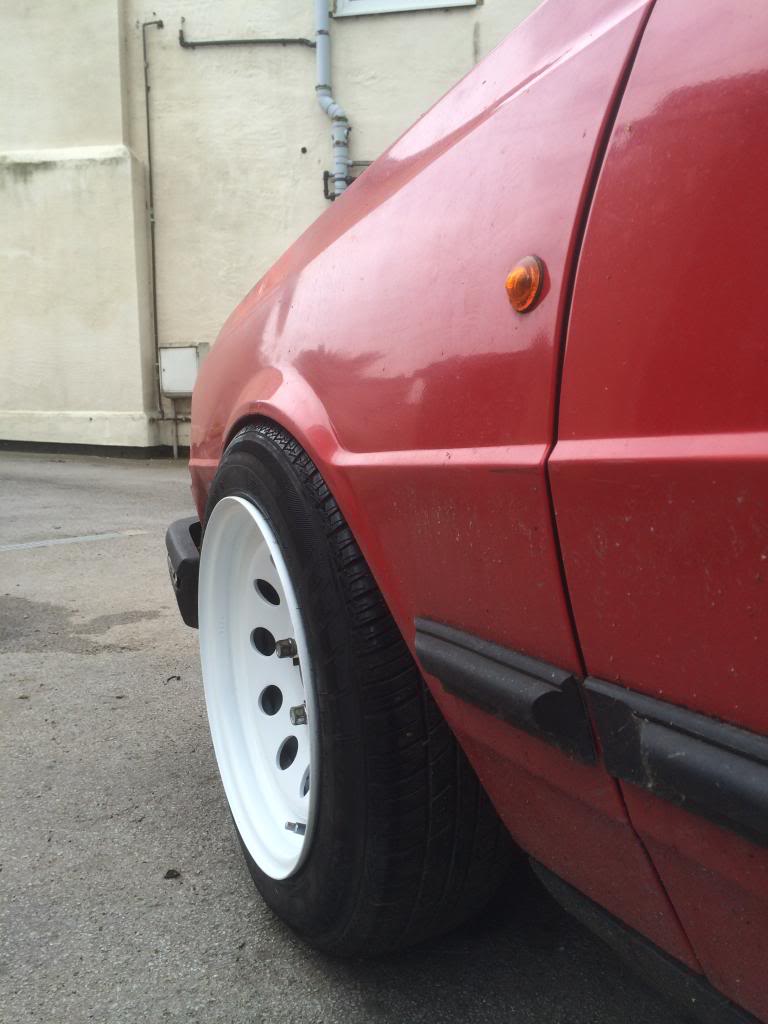 So the specifications as it stands at the moment!

Interior - Standard except for a few extra gauges

Next even on the calendar is French car Show next weekend where I will be with the 306oc.co.uk forum
Top

Nicely done with the engine transplant, and the choice of fuel

That is some nice French Shenanigans there. I don't get the lowered thing.
Wanted: Garage to let. Must have very low roof to suit my car. I prefer a garage that I can crawl into.
Will pay extra for a very low garage

lexi wrote:That is some nice French Shenanigans there. I don't get the lowered thing.
Wanted: Garage to let. Must have very low roof to suit my car. I prefer a garage that I can crawl into.
Will pay extra for a very low garage

Reminds me of a BX advert where the driver gets home and remotely opens the garage door, but it breaks part way up so he just lowers the suspension and drives under it

What a WASTE of a Xantia estate though!!

Were these all wasted?

Other then that, you beat me too it, Im a big fan of the 305 and it did miss out on the XUD turbo engine which was a shame. Im not against transplants, but dont like seeing so much of a donar car going to waste.

Thats well sorted the 305 estate! I like it, though Im also a stickler for originality, and prefer the 305 on normal height. Each to their own. I bet it goes damm well, as they are far lighter then S2 xantias!

Beat me to it! Well dont. Nice Alloy welding on the inlet too. Did you swap the Xantia TD pump for the earlyer NON ECU controlled Bosch pump too??
Top

Hi m8 it looks that you're using an Bosch AS3 pump, that haves electronic timing advance, did you add the Xantia ECU to the 305 ?
Top

No thats an earlyer NON ECU Pump fitted there! Im sure.. you can tell as theres no throttle position sensor, or armour over the stop solinoid..

With an early pump theres no need for a ECU. By Early, XUD engines in 1993 to late 1995 cars possibly early 96 dont have ECUs/
Top

That engine donor was an S2 Xantia so it would originally have had an AS3...

The early shot of the engine shows an empty pump cradle.. That suggests the pump has in fact been swapped.

One thing missing from the pump as fitted in the later pictures is the electric cold advance device....
Top

The bosch pump was an earlier unit without the ecu control.

I will be, as I'm sure many will

Now that is a good upgrade as the 110HDi is a world away from the XUD.. It is an excellent engine. Electrics might be a bit fun though unless you can get the ECU unlocked otherwise you'll need keys, CPH, ECU and transponder from the donor vehicle.