As some of you may know I've been toying with the idea of getting another van. So after a bit of searching and viewing a few very rough vans I came across this berlingo 1.6hdi 75bhp. I really was looking for a 90bhp but upon driving this one I was very impressed with the performance, I've not done much mileage in it but it's certainly fun to drive and by the look of things is going to be very economical. The vans an Lx spec but it's got quite a few extras fitted over a standard Lx as it's a Citroen 90th anniversary model, these include airconditoning, bluetooth system,usb connectivity, glazed rear doors and a detachable torch in the load area and a power point too, the list of equipment would normally only be found on the top enterprise version. It's also the colour I wanted too as 95% are white which I didn't really want. It's had a quick clean of the cab tonight and it's come up like new, next job is to vac and shampoo the seats and carpets and get the paintwork cleaned up, I'll post up progress as I go along.

What colour is it Mark? Has the laguna sold yet?
Top

Px'd it against the blingo Davie , very sad day loved the car but too nice to knock it about . 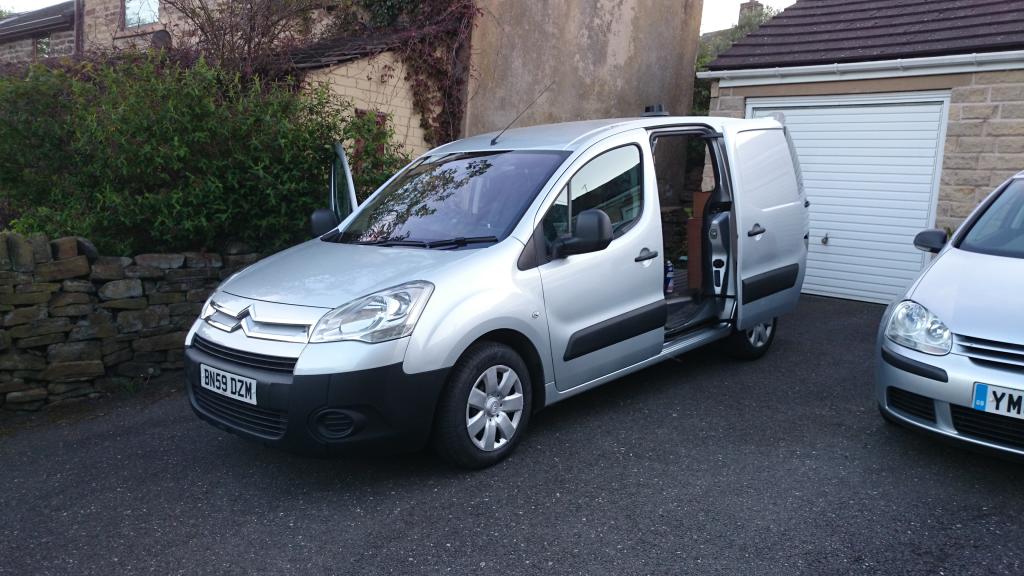 I'll get some better ones up after a cleaning session .

Well the blingo has been earning it's keep today, the wife and I called into a B&Q to look at some exterior doors and came across a couple of ex display prehung hardwood door and frames at a price way too good to miss, so we fetched the Blingo as there was no way they were going in the freelander. Crikey I've fitted some heavy doors in my time but these are something else. Loaded them into the back and using the blingos clever system where you can shut one rear door and the other will stay open without flapping about got them home no problem. I really wouldn't have fancied trying to get one of these onto the laguna roofbars if I still had it. It's cleaning day tomorrow for the cab which is going to get the seats and carpets shampooed. I'll get some pics up.

I know what you mean Mark about the Laguna, I had to move a wheelbarrow in the Xantia the other day, not a problem apart from the fact there's a blooming great 90 litre gas tank in the boot

Well.after a week of owning the Blingo I can imagine how I ever got by without a van, it's been fantastic and it's returning good mpg.I've got a couple of jobs lined up next week to get done which are front pads, pollen filter and replace the gear lever gaiter. When the weather clears I'll be getting the machine polisher on it and getting a coat of sealant on the paintwork.

Here's a pic after I'd spent the best part of a day decontaminating the paintwork work, first up a good clean followed by a chemical called IronX which removes any bonded metal contaminants from the paint, it is sprayed on and after a few seconds turns from a clear liquid to a vivid purple colour when it comes into contact with any contamination. It is was then left to dwell for a few minutes and then thoroughly rinsed off. After this the bottom half of the van was sprayed with a tar remover called tardis which after a minute or two can be wiped off with a microfibre cloth. The tardis was then thoroughly rinsed off and the paintwork was then cleaned using a claybar with plenty of lubricant, there wasn't really much removed with the claybar surprisingly. Finally another shampoo and then rinsed followed by a wipeover with some finishkare fk#425 quick detailer left a little bit of protection until I can get my machine polisher on the paint and then get a couple of layers of dodo juice supernatural hybrid sealant to protect the paintwork. More updates to follow soon.

After a break in the weather I managed to get my roofbars fitted last night.And nice and early this morning a good wash and a layer of Sonax extreme brilliant detailer. 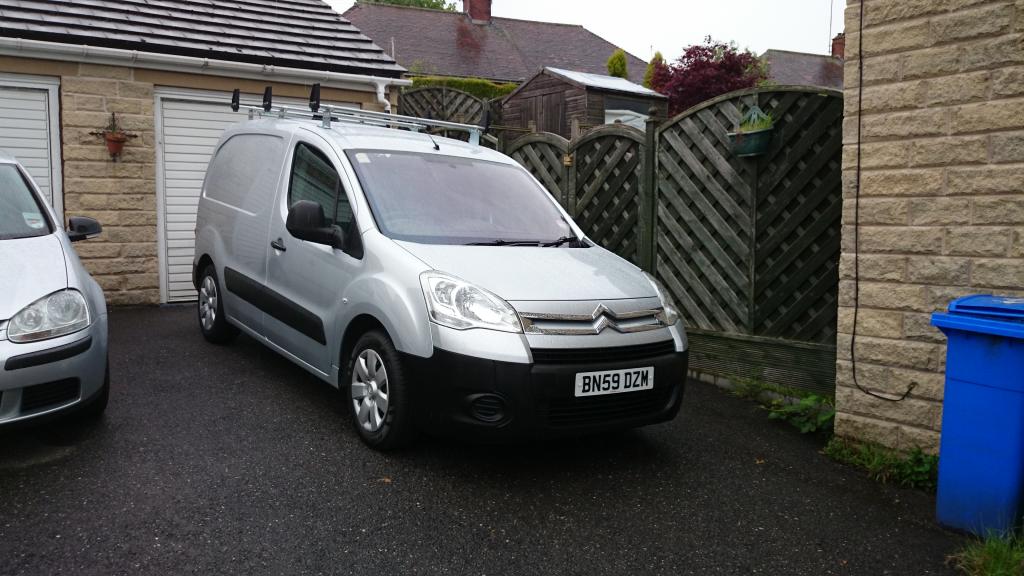 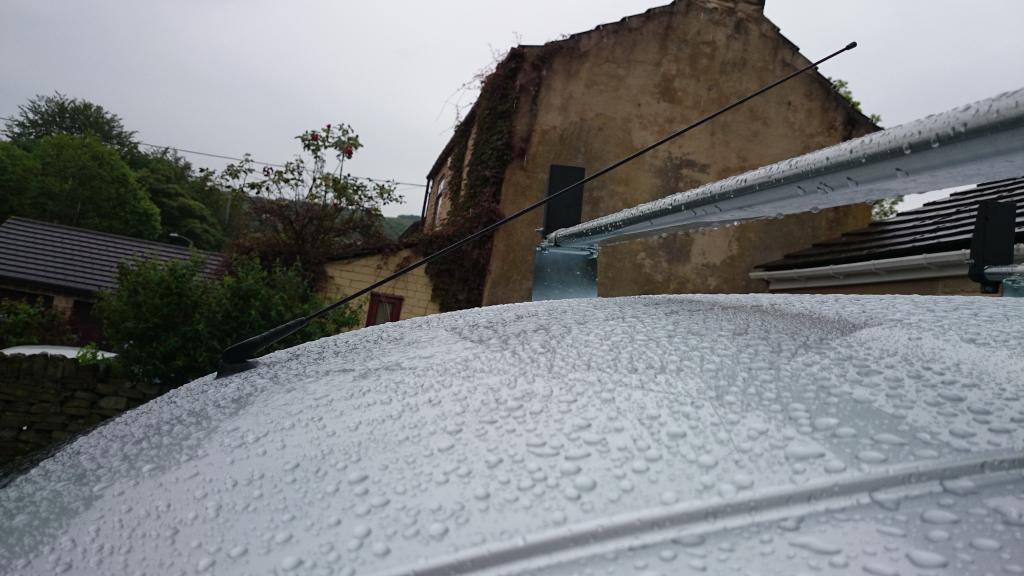 Some serious beading for a quick detailer. 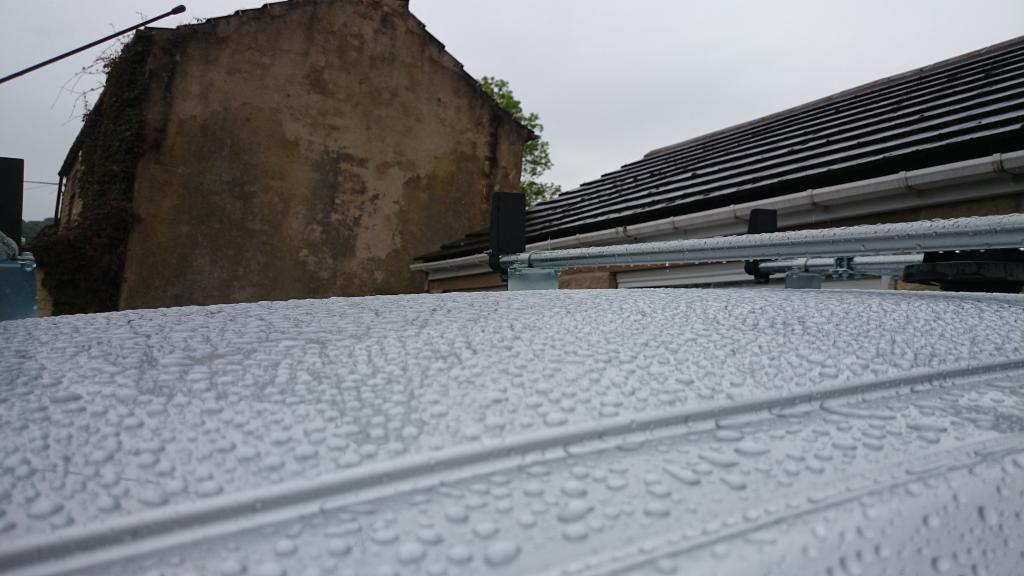 Well after a few weeks living with the berlingo I can report everything is well and good. I've had the pollen filters replaced which is a devil of a job, I've not got around to machine polishing yet but that will be soon. The airconditoning has been fantastic in the hot spells we've had and even with a/c on it returns 46mpg+ in town. I'm also looking at replacing the wheels with some alloys in the near future so watch this space.

It's something I'd consider and I'd get the dpf programmed out too at the same time, mind you its not bad for 75bhp.

Excellent economy Mark. You are confirming my belief that a Berlingo is an excellent car

I love it Jim, it doesn't do anything wrong really and has got some character. Hope you're liking your C1 they are superb little cars.

bxzx16v wrote:Hope you're liking your C1 they are superb little cars.

They are and I'm loving it to bits