Vauxhall Meriva came in for service and mot and reports that the oil pressure light comes on in traffic and engine really noisy. 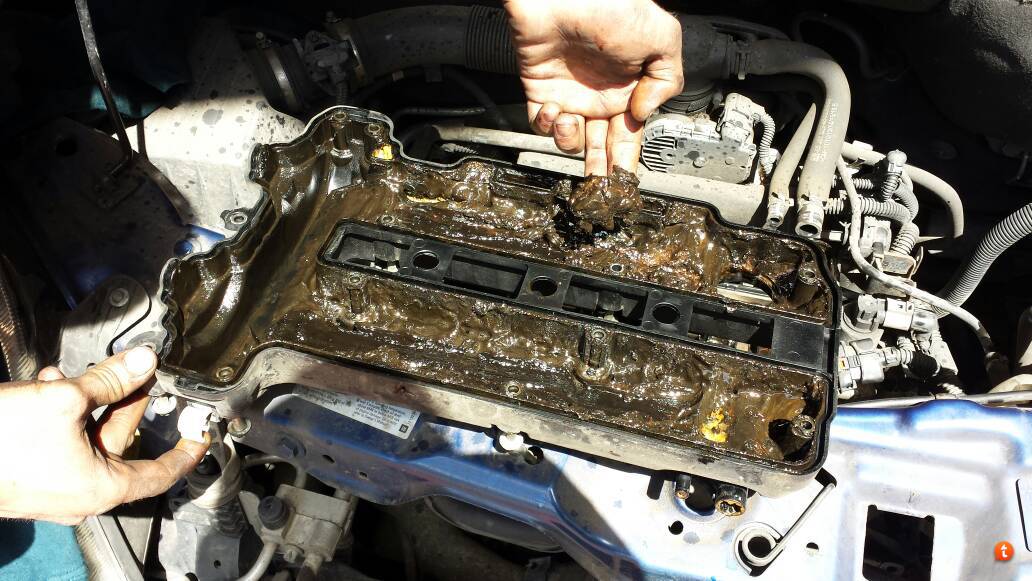 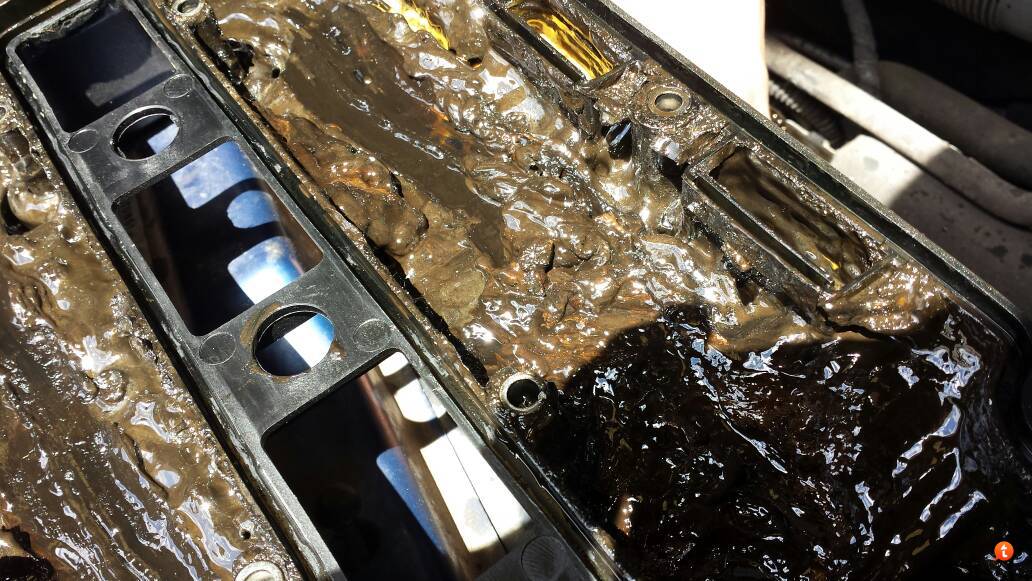 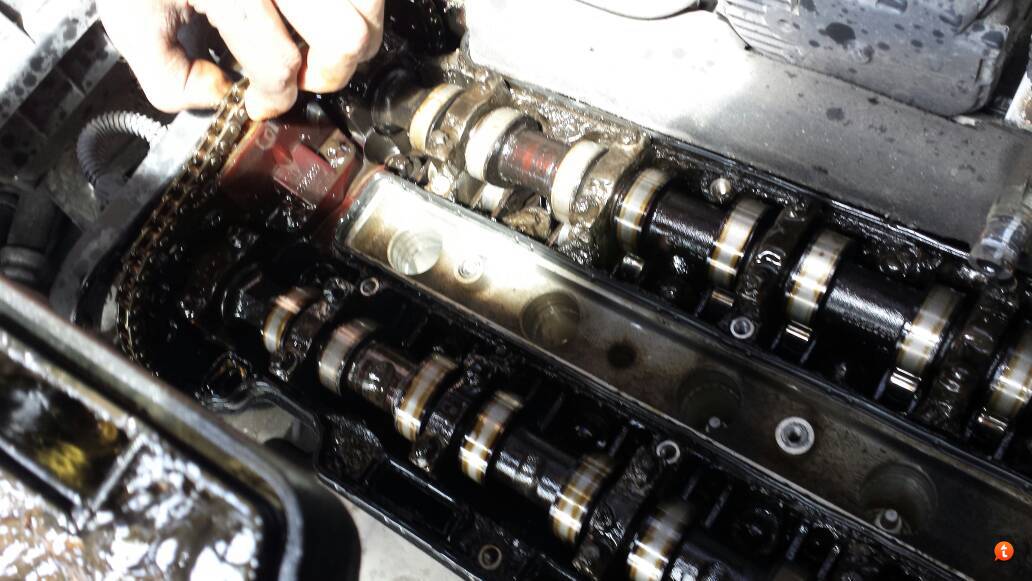 Turns out the owner had not serviced the car for years and 36000 miles. The chain is loose, looks like the tensioner has failed.

That is APPALLING! I hope that you (carefully) explain to them the error of their ways (not that they will listen). It could be worth sending those photos to Vauxhall to show them how not to look after an engine!
Top

Should be a law against cruelty to cars.

Even a Vauxhall doesn't deserve to be treated like that.
Top

I'd wager there's something else wrong with that engine. I've seen cars that have gone far longer than 36k with no oil changes with seemingly no ill-effects at all. That's got *loads* of water in the oil by the looks of it.

Even the DRK didn't have an oil change for at least 8 years until I got my hands on it in January, and it's fine..
Top

There are some engines that are so delicate they seize as soon as you look at them, while others are so strong you could drive a Chieftain tank over one, and it will STILL start!
Top

One place I worked had a Nissan Bluebird Estate pool car. One day I was using it and it failed to start, took the plugs out to see if there was a spark/ signs of fuel in the cylinders. Noticed that the plug gap looked huge, re gapped them and the car started. When I got back to work I asked when it was last serviced. Answer turned out to be.......... never! And we had had it from new and it was at 75,000 miles!!! It was past 140,000 miles and still going strong 3 years later when I left the company.
Top

If it hasn't been using coolant (by the sounds of it I doubt the owner would have noticed if it was, so we can assume it hasn't been otherwise the engine would be seized by now!

) then the water in the oil could just be continual condensation build up over the years, after a breather got blocked with gunky oil.
Top

Years ago at a large pharma company I worked for, carfleet, as an experiment, ran two identical 2.0 petrol Vectras. One was never serviced at all. It had oil topped up when it needed it and obviously got tyres and pads but that was all. Still running just as well as the other car when we got rid of them at 160k miles.

I had a Volvo 340 once that had not had an oil change in living memory.

I did one. The old stuff looked like tar.

Then the engine started knocking...

Because the car was a stop-gap and I was stony broke at the time I chucked in a can of Wynns and it stopped the knocking for a while.

When the knocking returned it was a signal it was time for another change of 20/50 and another can of Wynns.

It went on for another 20,000 miles like that before the propshaft finally killed it...
Top

Is that the 1.6? A disastra owner at work found some mayonnaise under the filler cap. I suspected something terminal, but when I read around, it seems condensation build up in the rocker cover is not uncommon. This one had a little bit of mayonnaise after only a year, but proved not to be terminal.
Top

the mayo in the breather system comes from a lot of Short journeys in petrols over winter mainly, the old Pug gti's used to have the mayo in the breathers all the time, was a common fault, i serviced a 1.1 106 for one of the mums the other week, the breathers were Blocked right up with mayo, pulled the pipes off and the recirc valve area and cleaned it up but Really could have done twith the rocker off to do the same,
but, it runs Beautifully!
Top

I ended up previously helping out someone a friend of a friend, and the car was a Polo, with a lady driver, and when I met her it was like further encouragement to work on the car because she was quite nice, shame the car wasn't.

I got in it, and had looked around it, and determined it needed a service with an initial check, but when I went to drive it found it very difficult to select any gear.

The problem was like other posts in this thread have mentioned this vehicle also needed a service badly, and the gear selector remote housing was completely dried up.

Drivers tend to get used to the way their vehicles are, but I couldn't believe how stiff the gear lever was, it really had to be forced to get it into any gear.
Top
Messages: 21