After a bit of looking around on ebay I have noticed the Qty of Xantia Mk.1's dwindleing, let alone S2 cars also shrinking.

You all know Black is my favortie colour in a car, so I sort of thought to myself would I get another in Black if I got rid.

Finding a Black XM will be hard enough. So I had a little think this week, and decided with the V6 Dash, and the black carpet for the interior, I think I have decided that Im gonna keep hold of her and eventually put a resto on her. This isn;t till after all XM work is done though, Im on no rush, I have been offered a free safe corner for her to sit in for now so I dont have to worry about her. 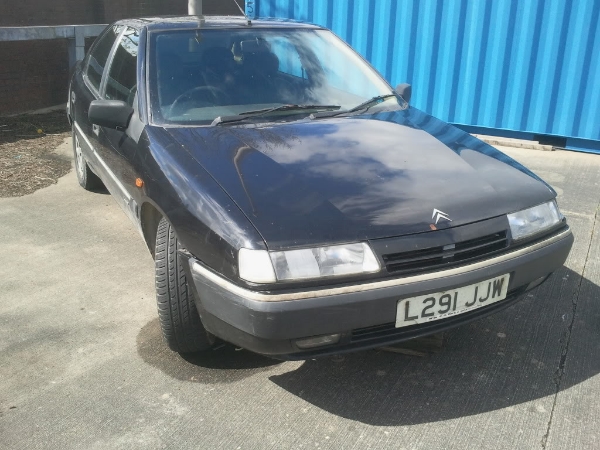 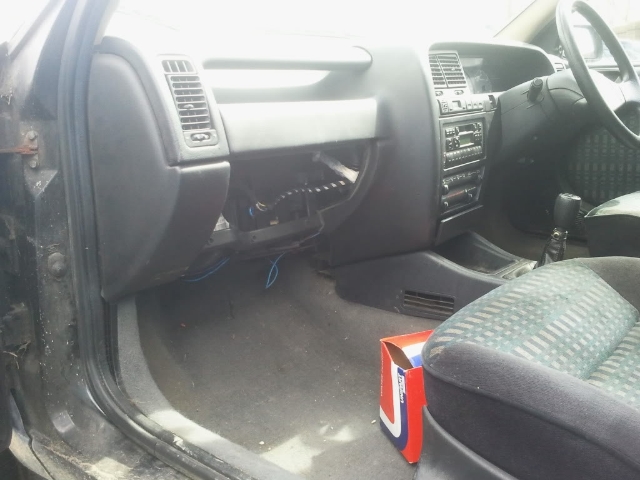 Current state of the car...

An early poor effort of welding the top hinge.. Ugly, but now solid and not dropping. 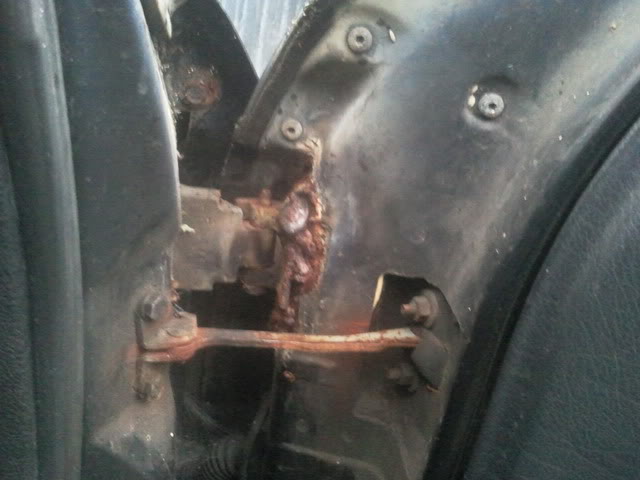 A scratch down the drivers wing and door where I had a light fight with a low wall... 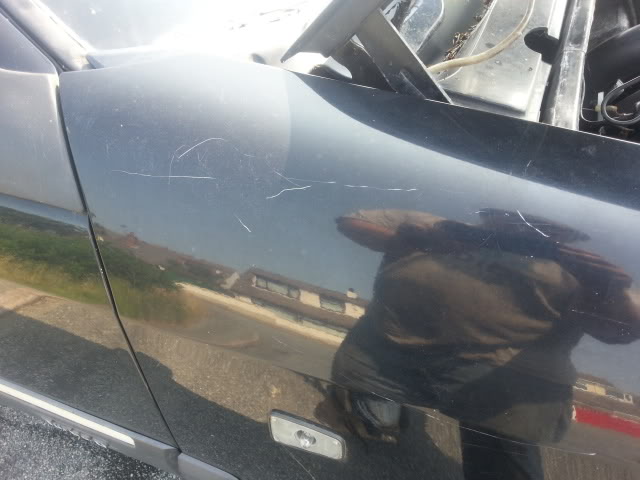 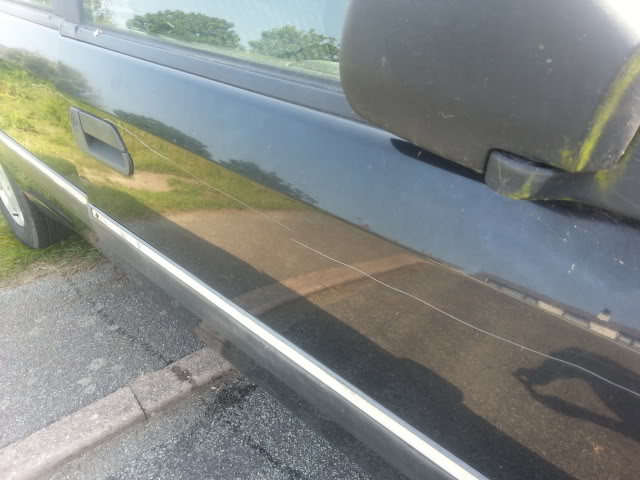 Bottom of the drivers wing rotton, but a change of wing would sort that 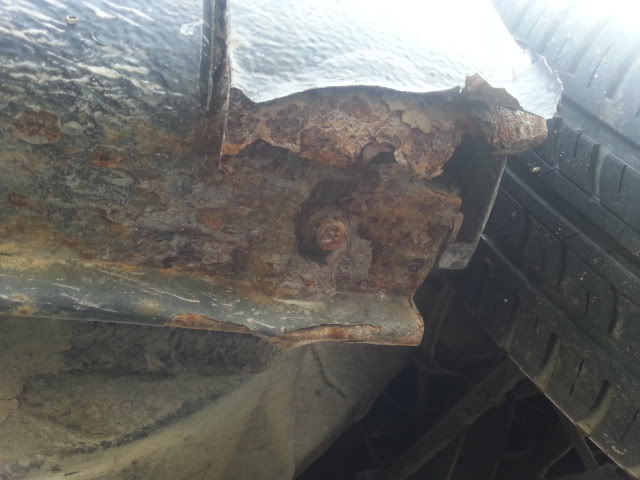 Carpet needs swapping because it has got scruffy and the Doser Valve has leaked all over it.. Another one ready to go in.
ABS light is on for the first time in its life!!

Ive done lots to this car too in the past. Currently at 240k, I have put S2 Strut tops on what were in solid order, it had a heater matrix at 200k, sometime in the past a Laminated head gasket has been fitted. Theres actually no pressure or head issues.

So, what needs dooing? Car is at 240k. Still starts first turn of the key. and runs well. But could benefit from a Turbo refurd. Currently though after a recent look over, I found the following to do:

Water pump needs changing, leaks badly.
Drop links are shot
Both inner ledges at the back ends of the cills both need welding
Back box replaceing
Needs front spheres.

I figure she must be one of the earlyest Anti Sink Cars. No Air bags from factory, and Anti sink from factory. Ive also added Air Con myself, in a crude setup without all the sensors etc... Oh - and Chevrons on the bonnet too!

SO, if anyone hears of a BLACK Drivers wing for a Xantia, and drivers door CHEAP please let me know!
Top

Once it's all done you can just imagine what that'll look like if Vince works his magic on it...

Yes.. so PLEASE do look out for a black wing amd drivers door....

Actually.. i wonder how much it would cost to spray up a door and wing in black.. properly
Top

Good on you Paul

Where the douser valve has leaked you'll find an unholy mess under the carpet. It will have turned the sound deadening apnel stuck to the metal into a sticky mush

Ill rescure it all out of the V6 Xantia and fit it all to that TD ...
Top

Im only useing the Lovly Black carpet from the scrap V6 I have as the one in this Black TD is a little tired..

If no one buys the electric leather from the V6 that will go in the Black Xantia too. Ive already myself fitted Air Con to the L reg Xantia, so it has sunroof AND Air con like S2 Exclusive Xantias...
Top

Black with Black Leather Paul, it gets better...!

Yea. I know! Got one in a Xantia just need another in an XM now... YES YES, I used to have one. My BIGGEST regret!
Top

One will come along Paul, they always do...
Top

Been dooing some more unexpected fettleing to this one today and yesterday..

As needed in the first post a couple of things.

I noticed she has a BRAND NEW exhaust pipe from manifold to back box, NON Cat too!

Anyway managed to change the water pump for a new one, AND Cam belt too.. thats two jobs ticked off, however, as Ive fitted Air Con from a later car the bottom cam belt cover does NOT fit the engine now, there must be a difference in it where the spring tensioner sits. The old cover WAS NOT going on. So need to find one of those.

Also managed to swap the Brake Valve as the old one had been weeping by the looks of it into the car, so thats another job to tick off.

Ive got the drop links to fit at a later date, and I on ly got as far as bleeding the Drivers side Caliper, but at least ive made some steps.

This one had sat about six months, I opened the bonnet to find a battery on it, so I connected the -ve lead (I ALWAYS take the leads off when the cars sit for some time) and feeling optimistik turned the key, heater plug light went out, and WHAM Straight off, no messing! First time start! I think brill for 240k!

Is this going to replace the hdi as the daily?

If you get a turbo refurb it may be worth seeing if a bigger core or a vnt variant would fit it as that would help get more go out of it. Saying that if the fuelling is played with a good bit more power can be had and the easiest thing to do is the off boost compensator thing on top of the pump helps a bit and is easy to set

Are you still ok to pop by and see my old mans car next week?

I'm not remotely interested in going faster more something that won't cut out when booted.. its more for show then outright use everyday. . Feb is my decision month as the tax on the hi runs out..

of course if I get a job that could change everything though..
Top

Woooa, TWO years on. My god! She has sat waiting for that long... I paid her a visit today after another six months sitting waiting.... waiting....


I have good strong plans for this ole girl. A few things in store to put in and on her!
Top

Get it down the scrappys Paul. Another dog to feed, more work,more time, chasing rust, worth nowt and of no real use or purpose?