Hi all.. well I thought, seeing I work on more then one car, I thought of possibly starting a French Car blog that I work on..

Having a Xantia HDi Exclusive, a S1 24v XM, a S1 12v Ve SEi and an S1 XM SED 2.1 to my name - cars I prefer to KEEP and also Mums got a Y reg HDi Xantia and sister has a C4, having individual blogs would prehaps be a bit complex for me.

Ill (IF im allowed) do my best to include work on my own fleet, plus any work on others I do.


This weekend, 14th Jan, to make a start I had my mate over with his Xantia HDI Exclusive on a T plate. Reports of a Non functioning Heated rear window, and no hazards, which when pressed indicators stopped working.

So out with a meter for continunity testing... and to cut a Mornings and afternoons work short everything tested continuous! So I assumed no broken wires, the HRW relay (Which on S2 cars is the larger Orange relay above the throttle pedal) still clicked in when the button on the stalk was pressed but nothing was going through the relay to the window..

So I concluded with a failed day... and preceeded to refit the instrument panel and clock and switch trim. However, I left the hazard switch pressed in... when I came to fit the fuse box trim... I pressed up on the fuse box and the hazard relay buzzed like a bee!! Suspision raised by now!

So I decided to lower the fuse box.. and too my horror I discovered our fault!!

Sometime in the past before we took owner ship the useual break on one of the BF0 main fusebox feed wires from the engine fusebox to the car fuse box had broken and a Bodge repair had been done by someone else, but the quality of the bodge was a horror! Who ever had done it had stripped the two large feed wires back and bridged them with a much smaller wire and poor soldering! The result over time the insulation had mealted on the jump wire and the bridge had deteriated soo much it was giving us the correct continunity but just couldnt carry the current for the RHW!

So I removed the plug from the fuse box, took the black house off the end of the wires and with solder soldered in a nice thick wire from one terminal to the other... assembled all the plugs and hey presto! RHW and hazzards all resumed.

I left the car running, with the RHW on for about ten mins, the jump wire did NOT get hot..

Result, a more safer fix, and a sucessfull day.

Next week we are at it again, this time to change a Heater re circulate cable, which is dash out job.. and heater half off.

Excellent stuff Paul. You were lucky that car didn't go up in smoke with a bodge like that

Pleased it's now fixed and properly...

How did you get on with the stuck spheres on the other car?
Top

See my post Jim in main FCF Citroen section..... NO Luck. Not been to the farm today.. so thats next weeks task
Top

Well its been an "Electrical" week this week! Firstly on Monday I was called to see out an oil leak on the Green HDi 110 Xantia, the same owner also has a Red HDi 110 too... The oil leak looks like its the Intercooler...

While I was there the Red xantia still has a morning starting issue where the starter is very slow. Car always starts, but its slow.. so again we assumed a battery drain.. However, after connecting an Ammeter between the Negative pole and and battery lead test shows NO drain!

The altinator has been tested and is fine, and is charging well, and I swapped the starter to no Avil! And left with the words,.. hmmm Im not sure now..

However, mums Xantia, HDi 110 in blue, failed to start on tuesday, so tuesday evening I bought a battery went over to mums and proceeded to fit it.. I connected it all up, but noticed the Positive lead was quite stiff, infact VERY stiff... The car has always been slow to to turn over, simmilar to the red HDi above... I fitted the battery connected it all up and started the car.. however after about 2 mins running the Positive terminal was getting hot... HOT, and was changing colour under the heat! This was NOT right!
A quick Q to a fellow member revealed this as not good at all, so I stripped the battery back out, and peeled back the conduit sleeve to my horror to find the positive cables all mealted together and causeing a massive resitance!

So last night, after I managed to find a replacement lead from altinator to battery I cut off the old terminal and fitted an after market terminal with the replacment cable, and now after 5 mins of running a nice cold terminal!! YAY...

I also swapped the HP Pump for the suspension as I had moans about intermittent steering, only to find it the same.. The reason?? BROWN LHM..

So next job, an LHM change for new stuff..


This saturday, sees me removeing a HDI Exclusive Dash to replce a heater recirculate cable!

well today was an interesting one.. i had to change a recirculate cable on an s2 xantia hdi..

initiale information was the need to remove the heater box blower side to gain proper access.. however after removing the dash i decided to try and do it without removing the heater... and manged....

i poppd the middle drive cog off the side of the flap and unhooked the end of the cable.. then with a long screwdriver undid the cable clamp and pulled the cable out... re fed the replacement one and managed to get it fed up the back and under the metal clamp... re hpoked the end of the cable and after some bloody fiddling... the flap drive cog would not go back without bending the front drive cog out a bit to a point of nearly breaking.. anyway i managed it!! then to my suprise i could get my fingers up the back to the bottom of the spring clip. . positioned it correctly and pressed fown on the spring with a screw driver and hey presto.. it popped back on... all sorted and re fitted the dash all in all 4 hours or so....

well pleasex with that progress!!
Top

Can't you access it by removing the glovebox?
Top

I could on mine but thats MK1, dont know what the MK2's are like with air bags.

the s2 air bag is held in by about 30 eight mm nuts along two thin bars... remove all these, unplug the bag and out it comes... i went with dash out through residant experts advice.. however found no need to remove the heater...ill try it box and bag out next time if i need to do one again...
Top

Well. todays quick job was to look out mums steering problem.. having found the fluid to be very brown set about to replace the LHM..

So after disconnecting the feed and return pipes, I removed the tank, and took the filter and return house out to access the filters.

Up removing the manin FEED Pick up filter I found it looking like this: 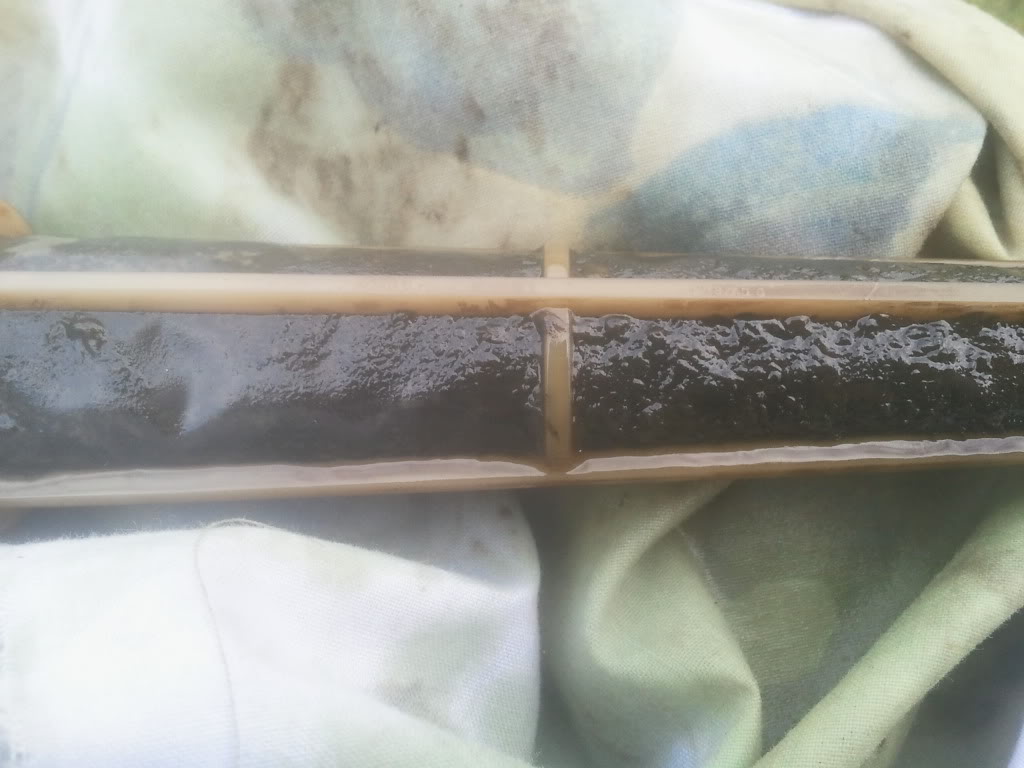 Yes.. that is SOOOOO think and dirty I could not see through the sides!

The pleasing thing though, was the return filter was like this: 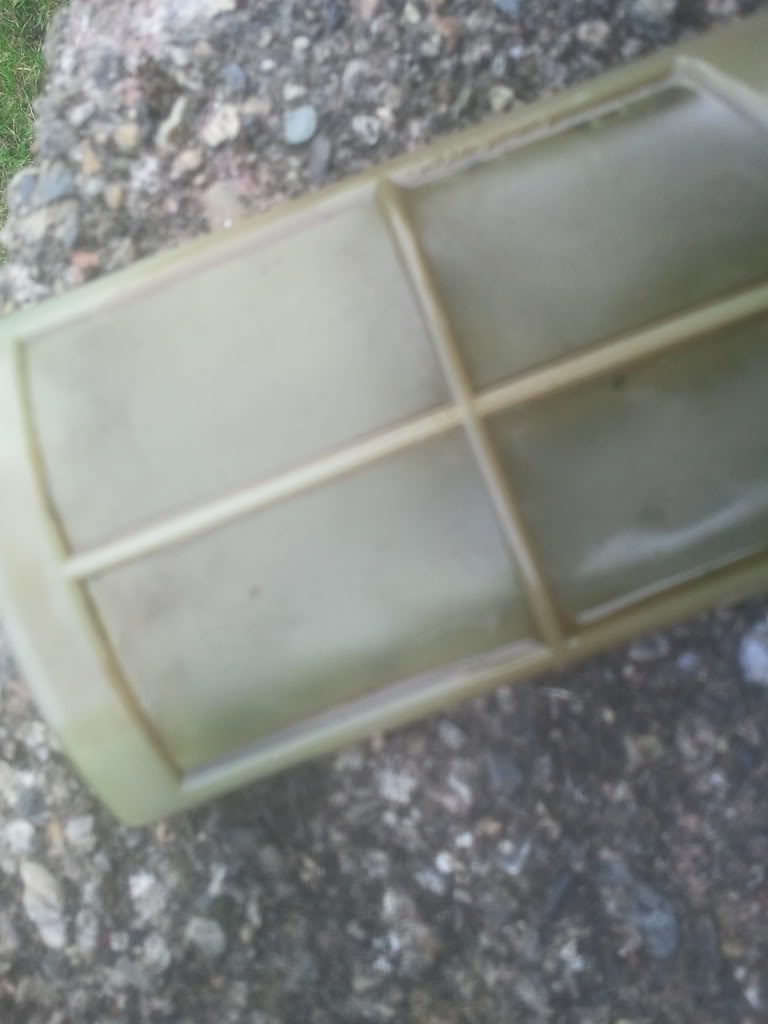 This gave me a good feeling that the actual system was running clean as theres been no return deposit..

So after a bit of petrol and a good clean up I got the filter looking like this: 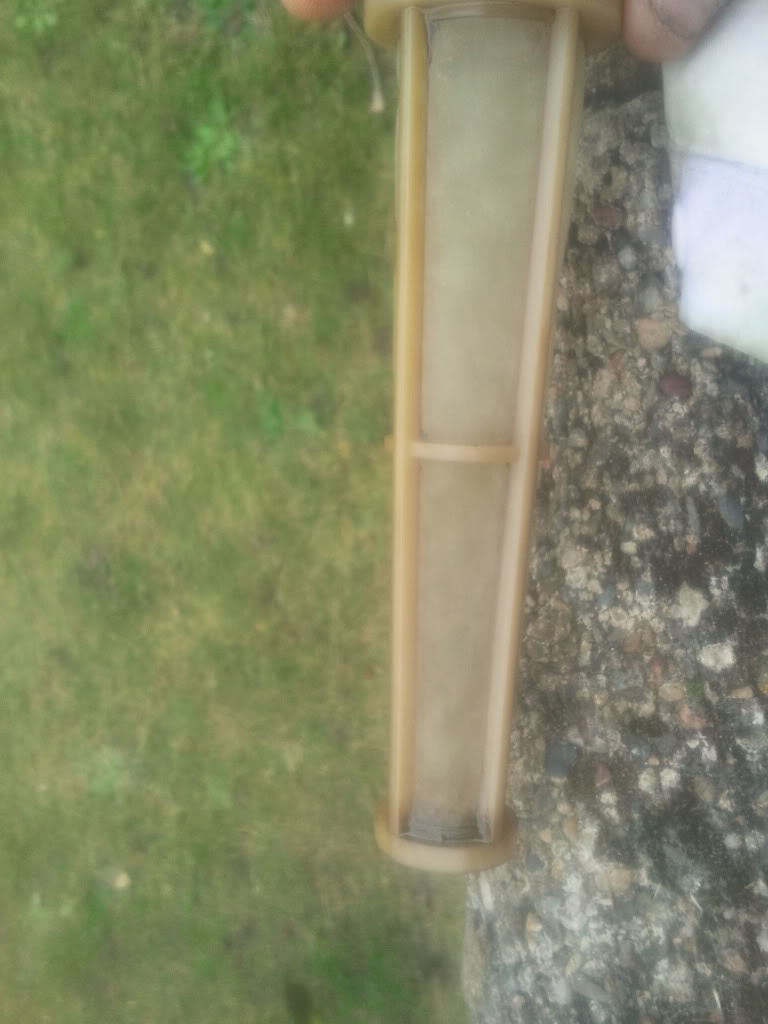 Beld, then pressurised the system, and Wooo hooo what a difference!

The crap was soo think it was not allowing the pump to pull enough fluid for the PAS!

Trouble is, because that one's so well hidden it gets forgotten about by those who don't know. the other one is obvious...

VERY.... unfortunally though, I heard signs of the Crank pully starting to break up! Grrrrrr..

One thing after another.. so thats a drop link, air con compressor and crank pully now to change!

Well that's not a bad lot of work really Paul, a morning will see it all off easy apart from the A/C perhaps. What's the fault on the A/C?
Top

dry bearing on the pully when switched off...
Ive got the vac and gas, just need a compressor with a good bearing.
Top

what compressor do you need... i've got a spare...
Top

not bothered as the later harrison and sanden are interchangable... i prefer the compressor that is a single layer type and NOT the one thats split in the middle.. however if its a good one with no leaks id be extreamilly interested.. plus costs..