As I think i've mentioned elsewhere i've bought a house with Jess (swmbo) and this coupled with the weather has put the brakes on for any car work.

As regular followers of this blog will be aware the XM doesn't like to conform to what I expect of it.

When the car went for it's MOT I asked the garage to do the tracking for me (I'd done it by eye after changing the track rod ends) their best effort involved steering about 30 degrees to the left to make the car go straight on. Apparently "there isnt enough thread on the arms to set it to straight", I then suggested that it was rather weird that nobody had ever complained before that XM's won't track properly and then said it was total b*llocks. I then thought, well if i loosen the track rod ends and then turn them equally it should pull it in line.... Well it did work, of a sort, i could see the trip computer again but the tracking still wasnt right.

I booked the car in at a local tyre place (as frequented by a certain Jim) and took the car up there. If it was the HDi it would be that simple. It was not. I got into the car to drive it there and the stop light was flickering, low fluid. Annoying. I had to drive it 35 miles like that, but, if you were gentle on the throttle (i used cruise) the light would stay off. I thought it must have ruptured a sphere as i'd never seen any leaks before. I went to Jim's first to borrow some LHM and the car took about 500ml, my sphere theory was holding well. I drove it to the tyre place (800 yards) no light. I was in the waiting area while they drove the car up onto the ramps and i noticed a trail of LHM, they guys very kindly lent me a torch so i could have a look at where the leak was and it was in the O/S/R corner from what appeared to be above the subframe. It was only a gentle drip so i concluded that it was a leak off pipe.

I took the car back to my house (6 miles) and the stop light was back on again. This time though i put the car on it's belly and left it (thinking it can't leak if i'ts de-pressurised. I was right. When it was light i jacked the car up and tried to work out where the fault was. Access to the top of the subframe isnt great anyway but when someone puts an LPG tank in the way it makes it 10 times harder. There is only 1 low pressure line there so i traced it back to the mainfold joint and replaced the "wet" section.

I drove it to Jim's and when i got there we noticed that the LHM trail was back (although after several rounds of citroebics at mine there was no drip whatsoever....). It was then worked out that actually it was the brake line that had the leak in it and pressure and airflow had pushed it up to look like the leak off. I wasn't best impressed at this especially as the car was now stuck at Jim's. A quick call to Martin (Pleiades) should resolve it. Nope, he was pretty much out of 3.5mm pipe so couldnt help (he's getting some more in soon though incase you need it) There was nothing for it, I had to make my own. Now this is no big deal really as those of you that know me a little better will know that i'm assiting in the creation of a Hydractive AC Cobra and i've made up all the pipes for that. So removal of the old pipe was erm, lovely, the really good bit was when i ran my fingers along the pipe and the pipe literally came away in my hands, lucky it got noticed when it did!! There is a picture of it (please Jim) but in words the break was on the clamp on the car side of the coil, i suspect that as the pipe ages and gets more rigid the coil is less springy so it stresses the point of the first clamp.

Refitting the pipe was annoying (very fiddly) but nothing too challenging.

Somewhere in this blog i have mentioned a knocking coming from the back and it was a loose bolt on the ARB. Well seeing as the car was stuck at Jim's for a few days i asked him (thanks) to plus gas the bolt each day with the hope that it could be coaxed back into where it should be. It worked, at first. The bolt sheered, with very very little force i hasten to add. Long story short the old bolt was drilled out and a new tap put in and it is now nice and secure.

Everyone is a winner.

It was a good day yesterday Chris, thoroughly enjoyed it and seeing a good few jobs on the XM now done

Here's the picture of the new and old brake pipes: 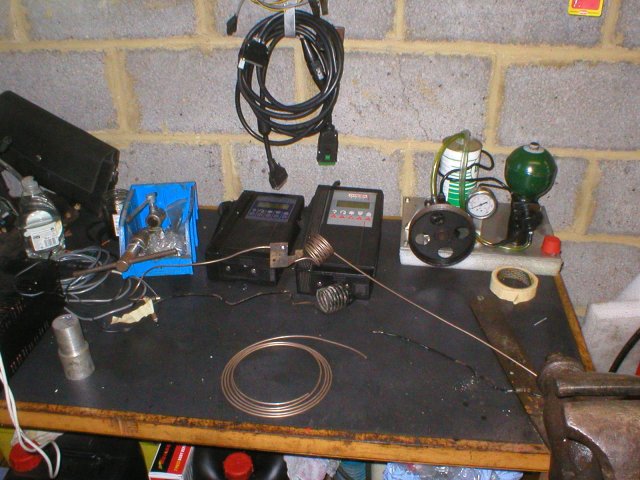 Luckily, Chris found the perfect former for making the coils in my stash of offcuts behind the lathe. It was absolutely perfect and needed no further work for the job...

I bloody hope so!!
Top

I bloody hope so!!

You'll have a new car soon! Must be a good learning experience all of this

red_dwarfers wrote:Must be a good learning experience all of this

I find XMs generally are Kev

I've been all over mine like a rash now and that was a pretty good one to start with... Between mine and Chris's I think both of us have become very familiar with them

Well as you may have read elsewhere the Xm did it's limo duties yesterday and it did very well indeed. It was a completely effortless drive and I'm glad I took it as opposed to the HDi. The XM really is by far and away the best cruiser. Even the cruise worked yesterday flawlessly.

Is this the first post about this car where there hasnt been a "but then this broke" comment?
Top

Well Done Chris... I KNOW they are worth the agro, the quaility of ride and drive is top notch for the money.

Being an S2 car they are more refind and quiter inside, shame the S1 didn't get the same level, but for me, its the S1 for interior design..

Chris570 wrote: Is this the first post about this car where there hasnt been a "but then this broke" comment?

It was inevitable it would happen sooner or later Chris

Thanks for yesterday, an excellent day out

And Paul, you're right!
Top

It is OF COURSE my own fault! Im sooooo slow at sorting other things out.. need to get these bloody xantias GONE they are dooing my nut in..

Now of course Im loosing a week of mylife! Then I know Ive got Public Work building up too which I was going to do this week..

Luckily my Xantia on ebay didn't sell, as there was a couple of issues to resolve before she went which I was gonna do before it sold.. So I think, Ill stop being silly and finish her off, full MOT and try again.

Paul, here's a little something to spur you into getting one of your XMs on the road 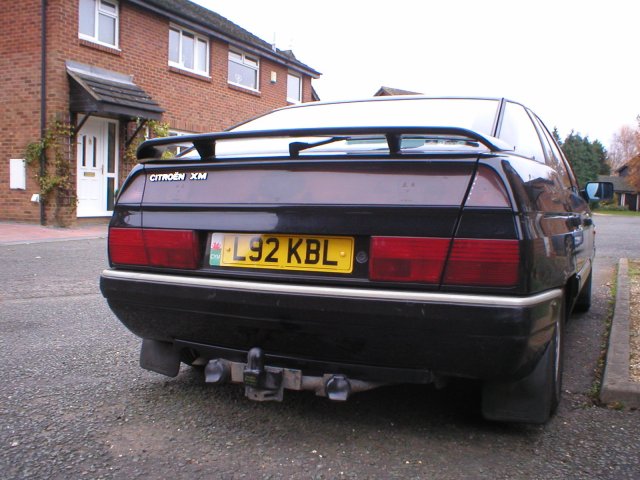 Replied to, in your Own Blog jim..