During the rebuild of the XM 2.1 SED I stripped down the struts, hubs and calipers. Most of it was straightforward, just needing wirebrusing, media blasting and painting. However during the strip of the calipers I didn't realise that the parking brake mechanism is under compression and that officially a Citroen tool is needed to rebuild them.

The problem is the conical washers that sit between the caliper casting and the 'helical bolt'. After much searching I still hadn't found a DIY method. Shane from the Froggy Forum had a posting on this but it's now longer there. So I contacted ANDERS, who give me the info I needed. 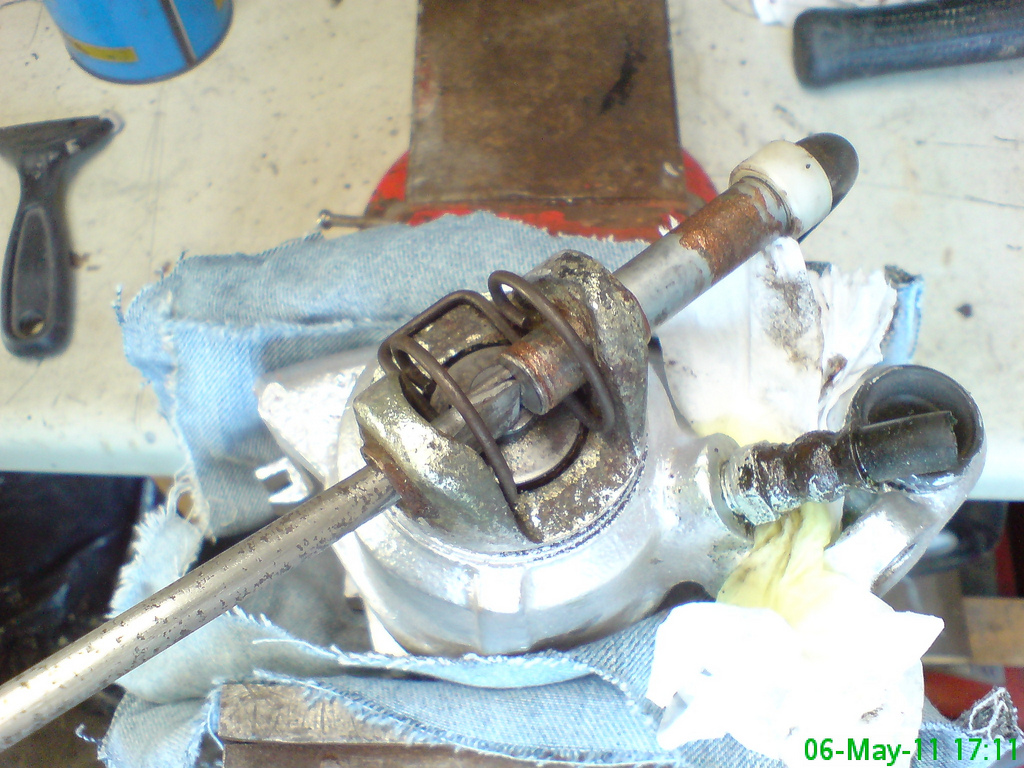 All thanks to ANDERS for the screwdriver technique!

Once you've done this the problem is that the lever is at a angle and won't go through the second pivot point. A method is needed to compress the mechanism whilst still allowing the lever to slide across. In my case I used my log splitter with the wedge turned upside down. A bolt was used with a nut set so that it pressed directly on the edge of the 'helical bolt'. I was very careful doing this, it's very risky and there's a real danger that the bolt will fly out so the caliper was tied to the press and I wore a full face mask, gloves and padded clothing, as an added precaution I did everything at arms length and tried to work from behind the splitter. I DON'T recommend that you copy my method, this is just to show what's needed NOT how to do it. Anyhow with the washers compressed the lever can be tapped into place.

Note that the lever in the photo is missing it's rubber cover to give a better look at how I did it. Doing it for real, you have to slide on the rubber cover BEFORE sliding the lever into the first pivot point. 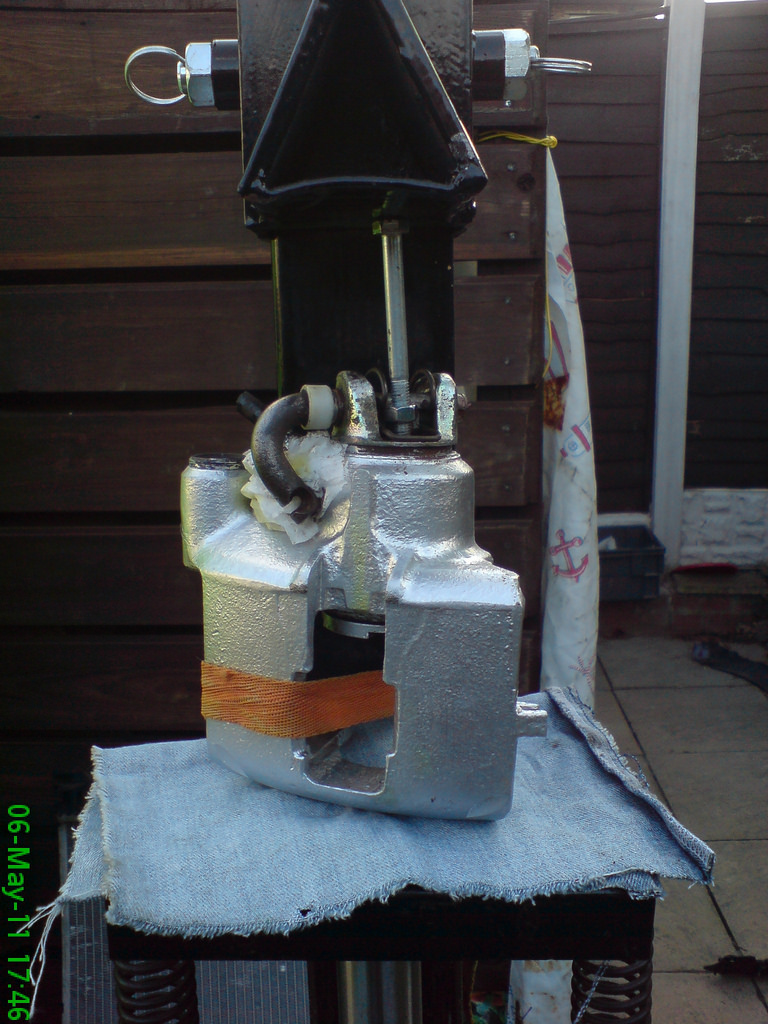 After the lever was in place more copper grease was worked into the mechanism.

Note that the lever in the photos is missing it's rubber cover to give a better look at how I did it. Doing it for real, you have to slide on the rubber cover BEFORE sliding the lever into the first pivot point.