Not much in the way of info, as I've literally had it at home for an hour, having picked it up earlier and driven it back from Birmingham.

Excuse the pictures, they are the ones the vendor took. I'll attack it with my Nikon when it's light.

1996 Xantia 1800SX, absolutely unmolested in 'Doom White' as they used to call it in the trade (although white cars seem to have undegone somewhat of a renaissance of late). Bought off a fellow Retro-Rides member who had his beloved Land-Rover stolen late last year and needed a runabout while waiting for his insurance payout. Now surplus to requirements, hence it's now in my hands.

It's VERY straight. 81k from new with all old MOT's to verify, and looks/drives like it's had a very easy life.

Immaculate inside, no bolster wear on the seats, no scuffs, no marks, nothing. Everything works, too, even the remotes for the C/L. And after spending all winter driving a Peugeot Partner van 40 miles every day with a borked heater, there's just a hint of irony in buying something with a heater that could melt your eyeballs just as the daytime temperatures hit the high teens. Typical!
The only departure from stock is the Kenwood stereo which sounds superb, and will be staying as it's got an AUX input for my iPod. Bonus.

1762cc of pure, unfettered power. Or something. Seems to pull very well, no nasty noises or smoke. Temp sits just above halfway in traffic, drops to 1/3 when on the move. Gearbox is superb too, lovely close ratios. Clutch is a bit high on the pedal, which means it'll probably need a new one in the next few months. No slippage though, even on a 1 in 8 hill at full throttle in 5th at 40mph. Just had a brand-new battery and radiator as well.

Bad bits? Nothing really. Paint's a bit flat in places, and has a couple of minor scrapes on the front wheelarches (just visible in the pic) and a couple of bubbles on the base of the NSF wing. And the rear spheres need doing (surprise surprise). NO leaks of LHM anywhere though, and it rises/falls just as it should.

Taxed and MOT'd until the end of June. I paid £220 for it. I almost feel guilty!

What a bargain, it looks really tidy, the interior looks like new!

Brilliant . That's what cheap Xantia motoring is about.

White is easy to find in car parks

Any ideas on MPG?
Top

Vendor reckoned he was getting 30mpg driving across Birmingham to work and back, which equates with the official 28mpg Urban figure. At a steady 56mpg it's supposed to do 47mpg according to the manufacturer's figures. I do a 40-mile round trip commute on (mainly) motorways, so somewhere around 40mpg shouldn't be too hard to achieve, driven sensibly. And I drive my cars like I drive the HGV's I drive for a living. Steadily! I'll keep you posted.
Top

That reg is very near my XM estates which was N510 LCD, nice bargain there though, derv economy without the smelly derv too, exellent find.

Took a better photo on my way home from work this afternoon..with the 'Insta-Slam' lever set on 'LOW'. 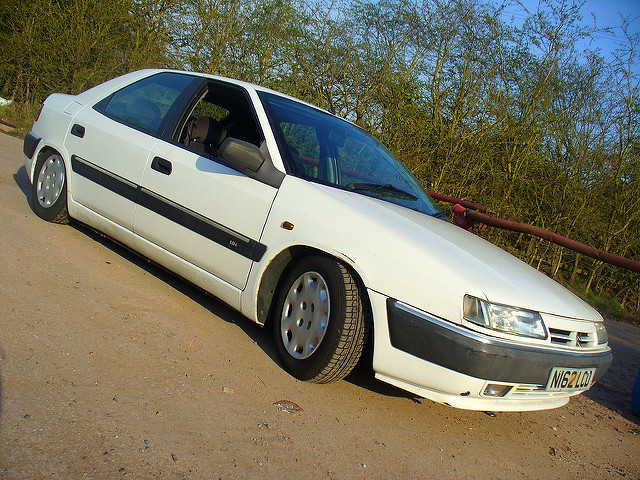 Dead chuffed with it.
Top

BrianDamaged wrote: Dead chuffed with it.

So you should be. It's bloody gorgeous....

Seriously, It really looks a very tidy example indeed and well worth some serious love.

Given it's age, please give the strut tops a good check over. We don't want to see a tent in that lovely, immaculate bonnet...

For what you paid, I reckon you've had the bargain of the millennium...
Top

That does look great doesnt it

I had the 1.8 a few years ago. It was a good car no doubt and economy was good too...Paint should be easy enough to bring back up to scratch

vince wrote:.Paint should be easy enough to bring back up to scratch

Unfortunate choice of phrase there Vince

Given it a thorough going-over today as I'm headed down to Brean tomorrow for the Retro-Rides Beach Party http://retrorides.proboards.com/index.c ... 888&page=1

Nothing to report, I did notice that it smelt a bit fumey at times, but I've found the cause of that (crankcase scavenge pipe split at the bottom). will source a new one this coming week.

As well as the aforementioned spheres, I'll probably need a NS headlamp for the MOT as the lens is cracked.

Other than that it's washed, vacuumed, tyres blacked, and looking mighty fine inside and out.

Just a D40 (I'll be using that tomorrow). That pic above was taken with my compact though, a Lumix LZ5 that I've owned for 4 years now, take it everywhere with me...I'm forever jumping out of the wagon and snapping anything old/interesting with wheels on. Absolutely brilliant little camera.

As an aside to that, here's a link to my Flickr photosite full of all sorts of automotive treasures: http://www.flickr.com/photos/damaged23/sets/

First long trip completed without drama. 225m round trip to Brean and back for the Retro-Rides Beach Party (report and pics here: http://retrorides.proboards.com/index.c ... ead=100898 ), and I'm happy to report that she didn't miss a beat. Took it steadily driving down as I had about 200kg of bits in the boot for a mate, on the way home I was on a bit of a mission as I had a sunday roast on the brain! 37mpg was the overall figure, well happy with that. 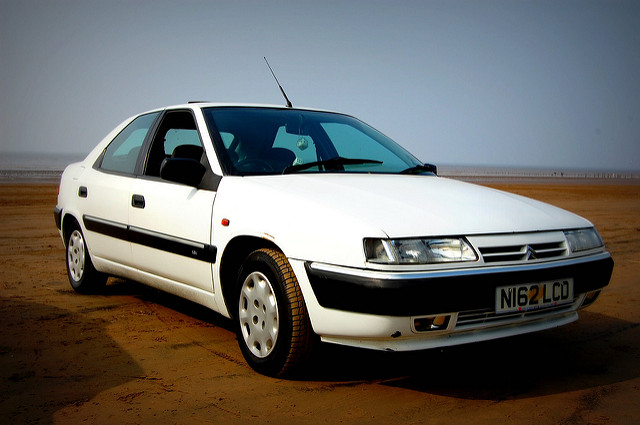 Just to prove she made it there....

Just over 400 miles completed in 5 days, and happy to report no problems whatsoever.....and there's still 1/3 left of the £70-worth of go-juice I shoveled in last Thursday.

Just waiting for payday now so I can chuck some money at the bits that need doing.

To think the last owner was going to chuck it 'over the weighbridge' had it remained unsold at the end of last week.....
Top
Messages: 38