Well i thinks its about time i started a blog

Il start at the start,my love of Citroens but Firstly the Xantia started when i was 7.My father and his friend went to an auction in England in 1997 and bought 3 Xantias.A 1994 Sx green Td...A 1993 Maroon Lx Td and blue one which he sold over there.

I was with them when we went to the docks to pick up the cars and i remember thinking they were the coolest thing id ever seen...especially as 1 was a sinker

He sold the maroon car a year later

because he hated the colour

and bought a 95 Merc C180 from a salvage yard in Birmingham.

Since then iv wanted one...the worst thing is i only have a single picture of me standing in front of the Maroon car ..just for nostalgia id like to be able to see them,but id say they are well scrapped by now

So fast forward till i was 16 and i was working and saving my money for insurance,car,licence etc and then when i was on my break and picked up the local paper to check the Xantias for sale.Everytime i had rang about one they were sold like hot cakes and this ad was little over a few hours old so i rang the chap and viewed the car that evening in my local tesco with my mate.It was amazing

.I didnt drive it ,but boys being boys i bought her there and then.

The chap i bought it off used it as his motorway car for the 2years he had it and clocked up 40,000 in that time but had it serviced in between.

So without further adieu here she is 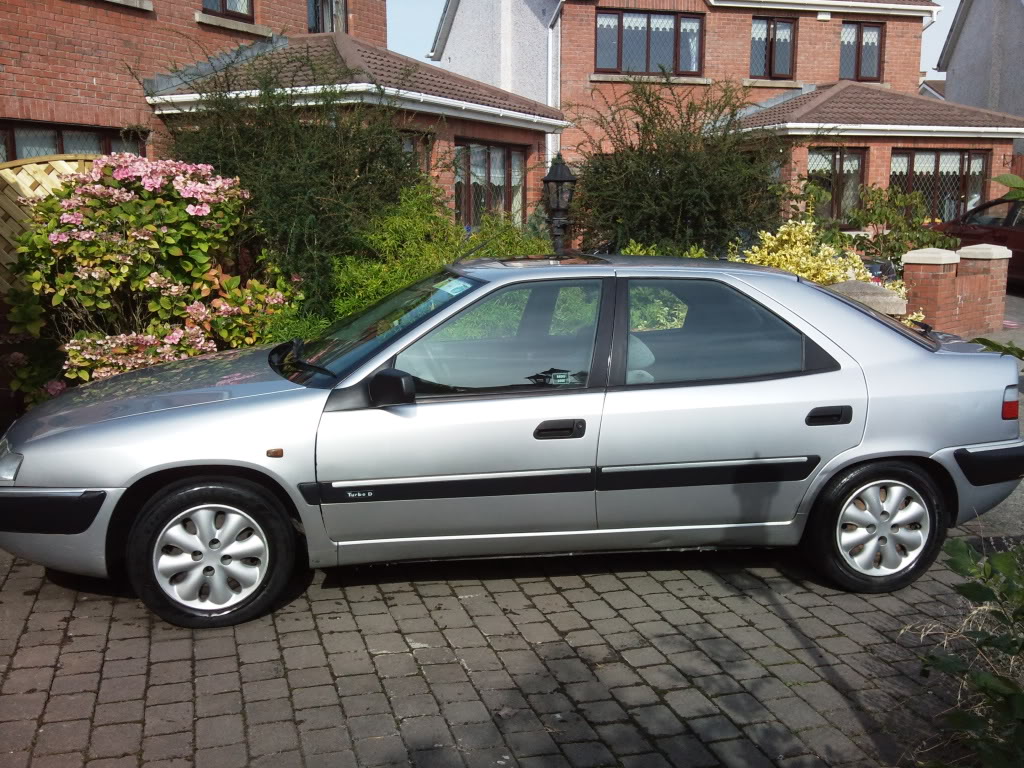 I absolutely love this car

Its never given me a day of trouble.

I had drove my fathers C5 90HDi Lx(which he bought because i made him ),for a week which id planned on keeping as he had bought another C5,the HDi 110bhp sx..which he kept for just under a year before giving in to buy another Merc

it was nothing but trouble,but he never learns

I like the C5 but it was just a bit to "normal" and slow,i really dont like the 90bhp engines so i went my back to my Xantia.Which after stepping out of the C5 and straight into made it seem like it was a rocket.

But i love them too much to just have 1

So as i so often do,roaming the net i found this 2000 HDi with89,000 on the clock,it looked better in the pictures tbh 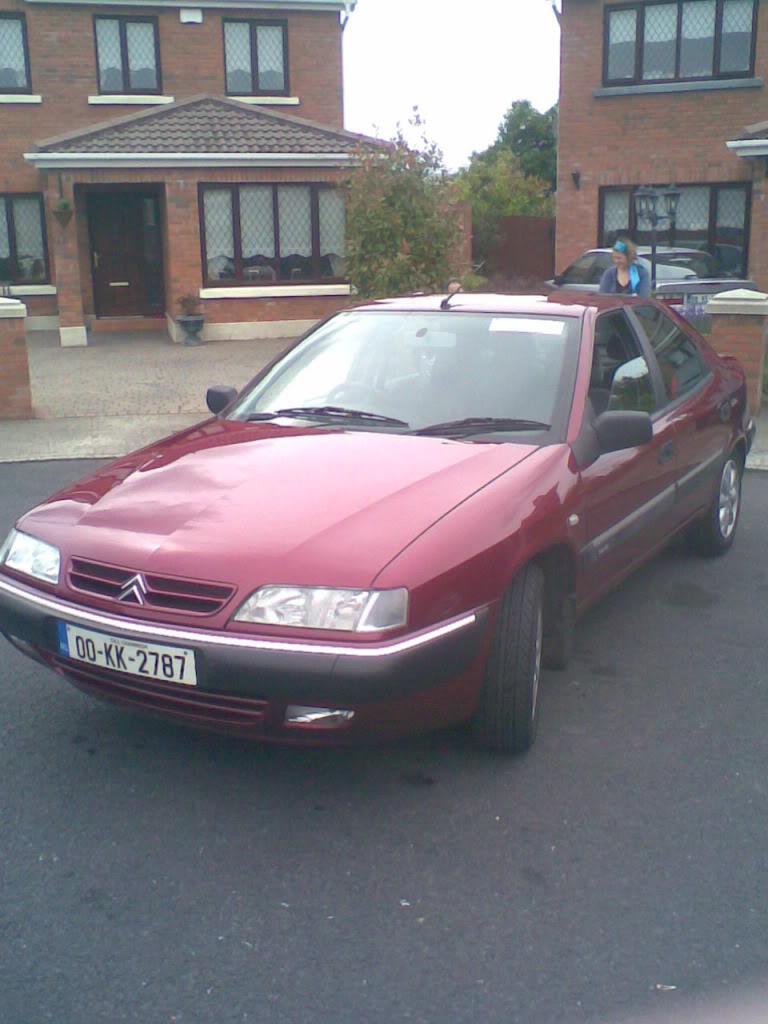 I only drove this for a couple of months,i didnt really like it that much.

And the most recent of my Xantia adventures has been this 1999 Td which had 131,000 on the clock,id previously seen this advertised on a website about a year previous but wasnt going to pay the €2,950 for a car that had no tax and at a dealers yard aswell 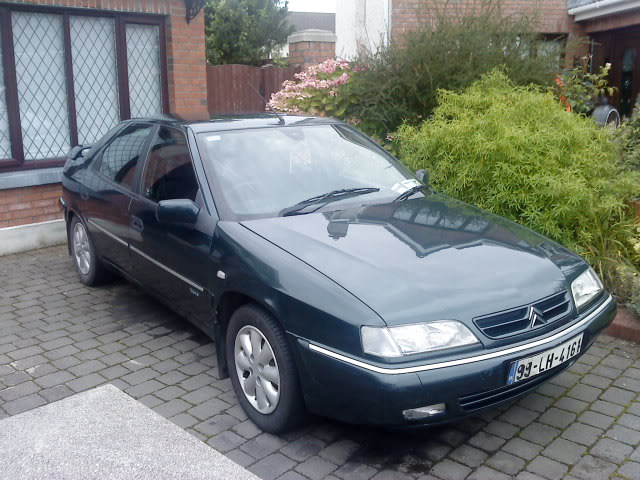 And what a piece of scrap it was too,in the year that the fella i had bought it off had owned it ,he had destroyed it,the spheres had never been changed,the suspension had no travel,the clutch was hard and slipping,the seats were worn away,the plastic on the heater was broken.

My troubles continued with this car so i got rid about 6months after i bought it,enough was enough...So again back to my first Xantia which has wanted for nothing in the time iv had her and am now just approaching the 157,000 mark..

So your current Xantia was your first. It must be a good one to have a few pass by and still keep it.

You have done well to own two S2 Xantias without colour coded bumpers! Is that some kind of spec which Ireland got and mainland UK didn't? Ive only ever seen one in the metal without painted bumpers, it was a boggo 1.9SD (slow diesel!) I think the BX Van was only in Ireland too? Wired.

Anyway, your Xantia seems to be treating you well, it certainly looks very smart.

Id not like to drive a 90bhp C5, I can imagine that was a very slow car, no wonder you didnt stick it out for longer than a week!

I find, once your used to a car its hard to change, especially if you have owned a single car for a good while.

Keep up with the blog

I assume the reason behind the black trim on the bumpers is because there was way more Lx models sold over here than the higher spec models ,i have mixed feelings on it because it fades away very quickly and i have to bring it back up with back to black bumper polish

Do the U.k Lx models have colour coded bumpers?

Yes, UK LX models have colour coded bumpers and mirrors. I think we got an X - also known as just a Xantia with black bumpers.

What spec does yours have? Air conditioning? Every S2 LX has AC here, remote locking, electric windows etc.

A lot of S2 Xantias have parking scars, so at least they wont show up on black as much. Thats a benefit, and i also think some colours suit black bumpers, breaks up the colour a bit. White cars need black trim to break it up I think.

Your another young big Citroen owner then

Thats interesting, my car now is lx and only has electric windows in the front,no AC

But i do have the sunroof for sunny days

My next Xantia will definitely be from the U.k,they are just so much more better looked after .

I think French Xantias had a similar spec, as a lot of the S2s you see over there have unpainted bumper strips too.

I dont know about UK cars being better looked after, there are plenty of scrap heaps driving around, but in Xantias at least they do seem to come with more kit.

Big as in a proper Citroen with proper suspension

After weeks of trying to get a bumper iv finally got one in the same colour as mine,its not in the best of condition but im desperate now

Iv been wanting to do them for a while now but what with the weather and everything. 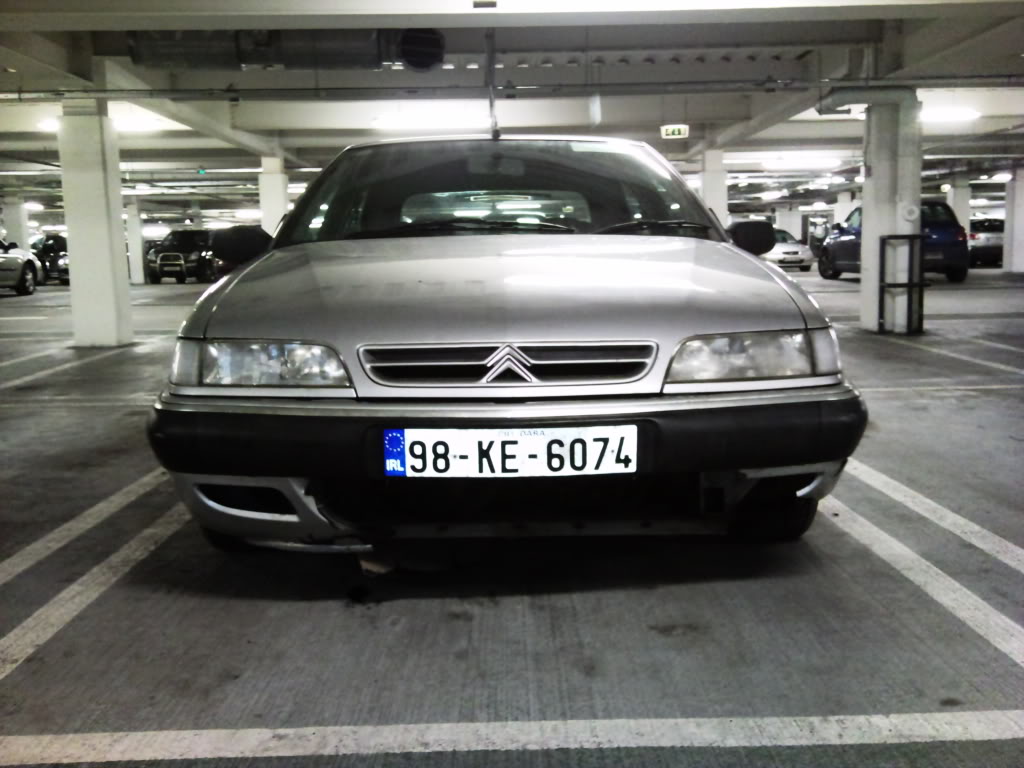 Whats left of my bumper

I spent 3 hours today getting whats left of the original bumper off and fitting the bumper i bought..

What a pig of a job!!,my hands are in bits

All the bolts were seized and needed plenty of wd40,still had trouble getting them off do

Access is very bad ,not helped by the fact that my bumper appears to have been taken off by a previous owner,because one of the spacers at the front is welded on and all the nuts and bolt were a mix and match...

Sounds like a dificult job you have had with your bumper, though atleast its face is restored, you made a good job with its original

Did you have fog lights before the little bump? Or will you need to wire them in?
Top

Just be thankful it was a MK2 and not a MK1 Dave. The front bumper is a bigger job on those... Seized nuts often causes the studs to pull out of the plastic moldings on the bumpers and them it's a much bigger job...
Top

Citroenmad wrote:Sounds like a dificult job you have had with your bumper, though atleast its face is restored, you made a good job with its original

Did you have fog lights before the little bump? Or will you need to wire them in?

No foglights Chris, there was 1 in the replacement bumper and the other was broken so they can wait till i have some cash before i get a pair.

They will cost as much as i paid for the bumper

Iv learned my lesson about mis-judging the ice do

I have a few little things that need doing on the car and instead of opening up a new thread for each little thing if anyone could give me any advice on any of the problems,i'd appreciate it

The lights on the door pillar dont light up,is this just a simple change of bulbs?

The heater controls dont light up,but iv checked all the fuses and they seem fine,again could this just be a bulb somewhere ?

I have the same problem on the dashboard,the diesel gauge and temperature gauge don't light up either

And last but not least i want to grease up the front suspension(the part that actually travels up and down) it just seems a little too firm and wouldn't do it any harm to lubricate it ...Would white grease the best for this?

I believe foglights do cost quite a bit, did all Mk2s come with them, ive not noticed.

Obviously the lights on the pillars dont work at all, with any door, which must rule out the door switches. It could well be a fuse for this? Im not sure what fuses are linked to on the Xantia. I seem to remember this happening on our old Xantia TD, but that was so long ago now.

So you think the struts are sticking and not ths spheres are a little low on pressure?
Top

Yeah Chris i only changed the front spheres and the accumulator about 2months ago...as i said im sure it wont do them any harm anyway to get greased up