Dommo wrote: In other news my bosal turbo-back box downpipe has failed on me today on the TD VSX so I'm going to have to use the Activa until I get an exhaust fixed up (shame!!)

Cheers David, yep I saw it on eBay and thought I can't miss this one, apart from the paint it's in very good condition. It used to be up your neck of the woods actually, Dumfries area according to the number plate - Border Cars if that means anything to you?

I've bought some new dog-legs, you can only buy a pack of four at 12 ish pounds, so £3 each roughly which isn't bad when you think about it, haven't got round to fitting a new one to the Activa yet although it hasn't moved since my last update. I ordered a new set of floor mats for the Activa when I saw that GSF sold them, and they have a near half price sale pretty much every weekend, so a set cost around £30 which reduces to around £15 with the sale, bargain!

It was when these arrived that I realised the C5 still needs some floor mats inside, it's still not been finished off so it's still sat at my parents house - too much to do and too little time. It dawned on me to try Citroen themselves for the floor mats but found them to be either expensive or NFP, can't remember which, so I thought I would run the part number through eBay and found these:

£30, genuine Citroen mats, they look great quality, excuse the mess - they did come in a proper clear bag with the card packaging attached to the mats but I had removed them by the time I thought to take a picture so just placed them next to the mats to show the genuine Citroen packaging: 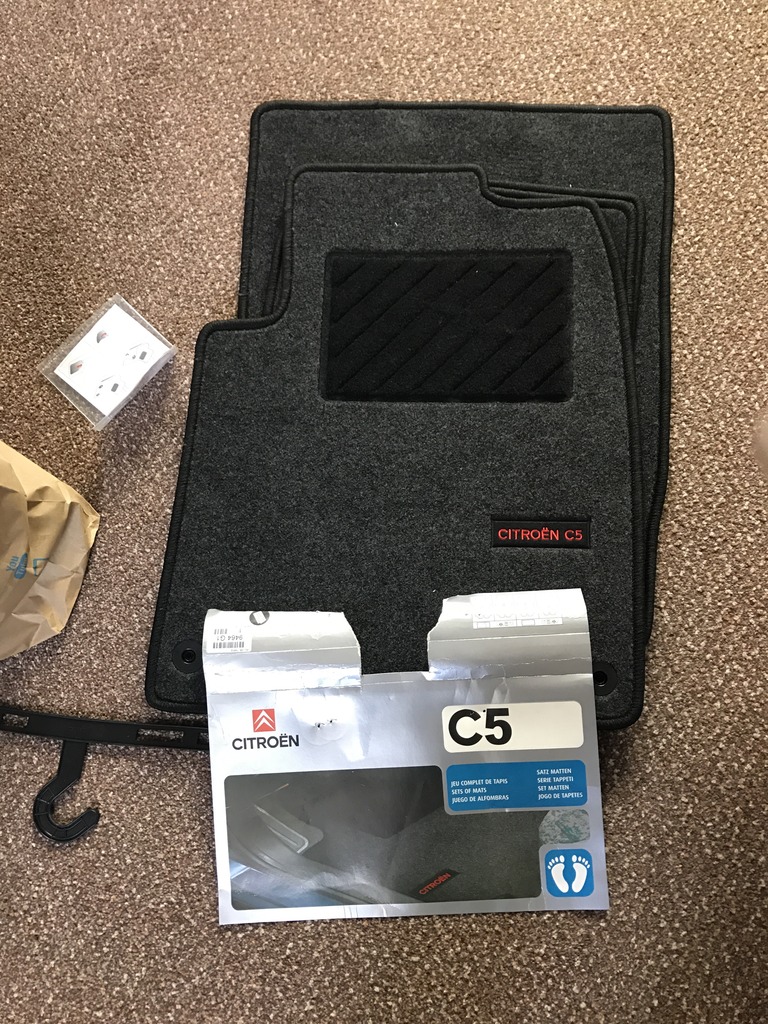 I tried to get a better picture but my dog got in the way: 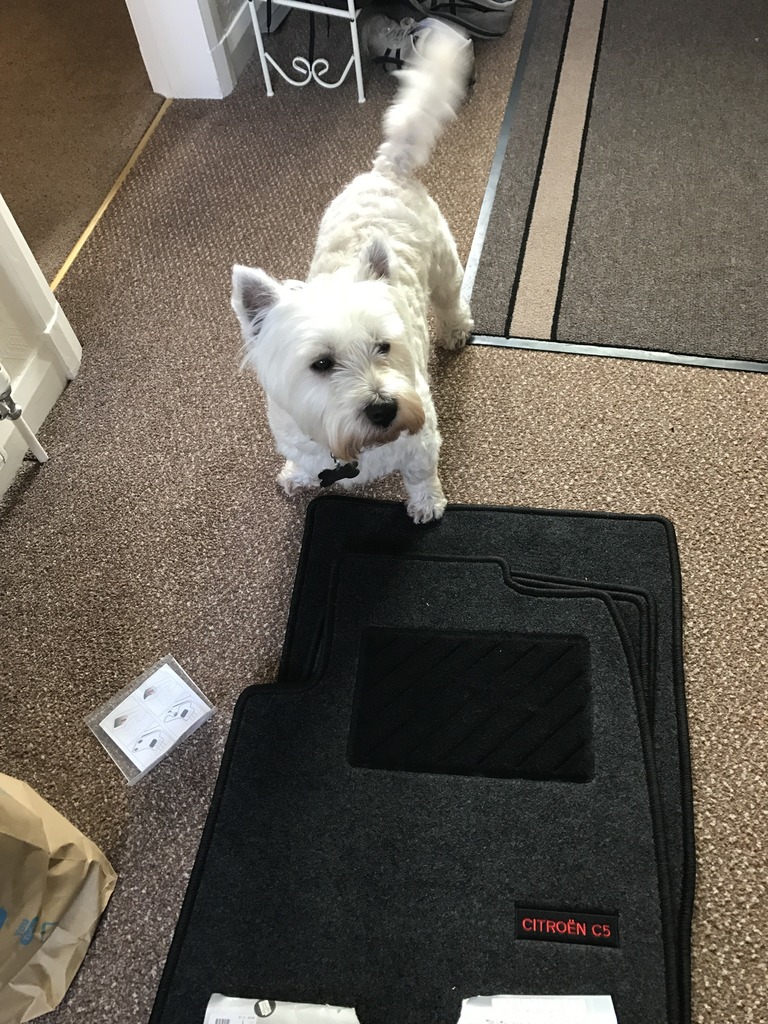 Followed by her going bananas because she wanted to go for a walk, headphone users beware, loud barking inside!!

Another thing I've been experimenting with is LED sidelights and number plate lights for the C5. I wanted a decent brand as you often see cheap ones flickering on passing cars, OSRAM do make some, although they aren't technically legal for use outside of the car I'm sure no one would know any different? 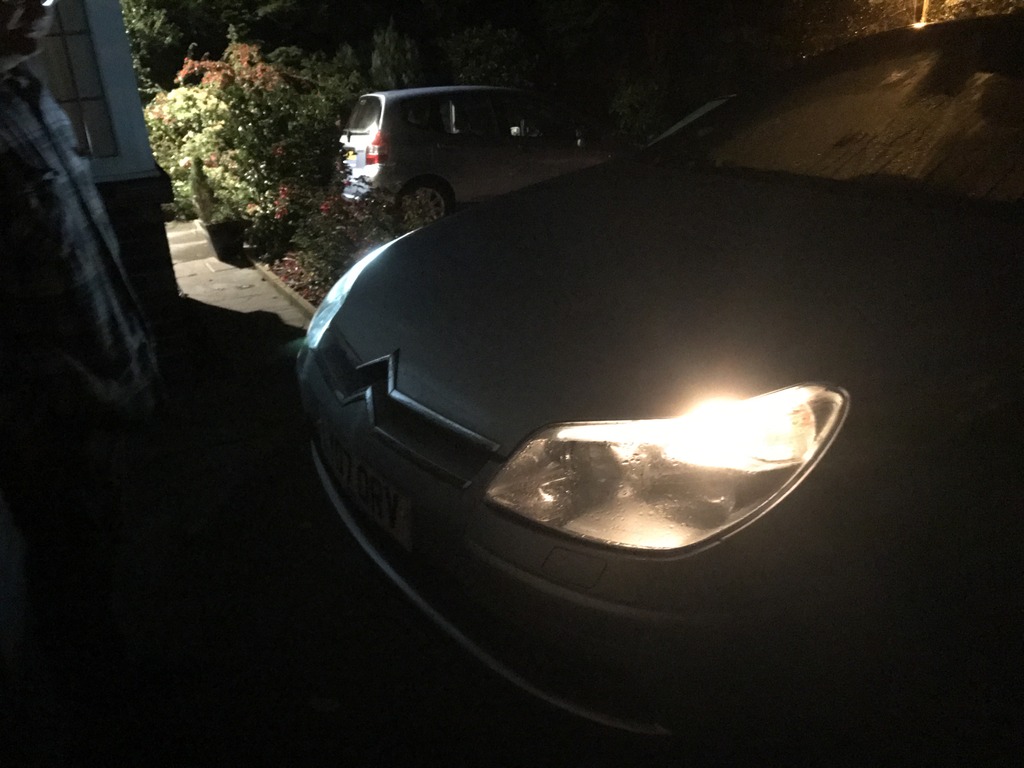 LED bulb (hard to tell the difference on camera but it is a much whiter light, and much brighter, can see the white-ness on the photo above: 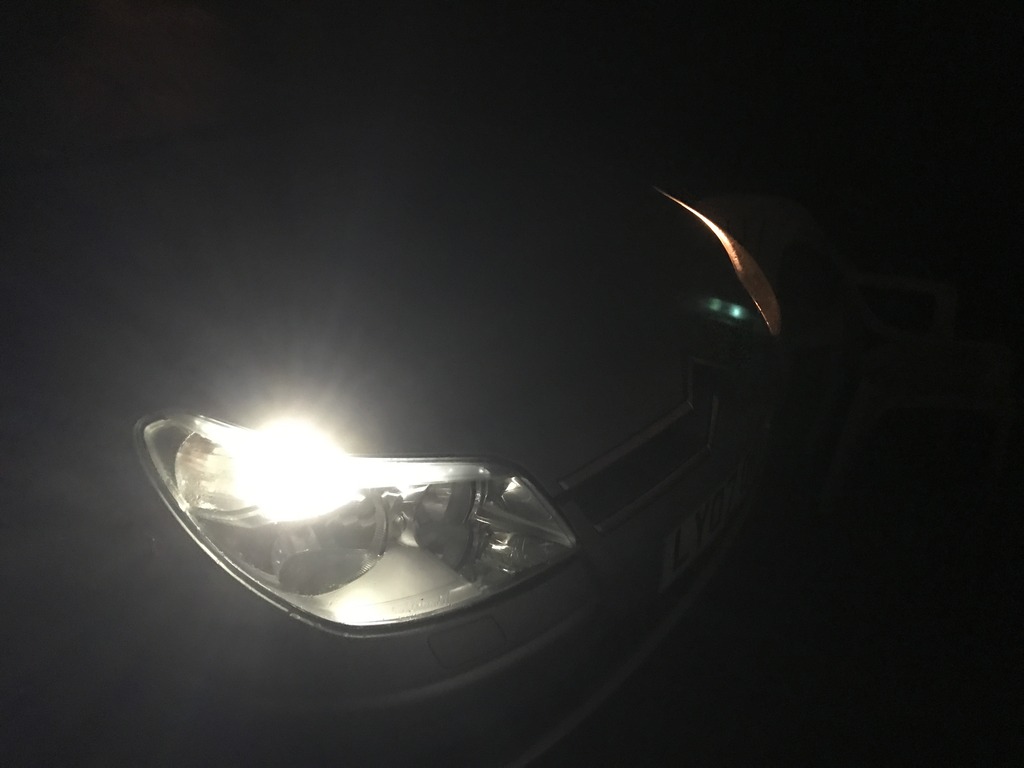 And lastly, the LED number plate bulbs, normal bulb on the left LED on the right, obviously in person it doesn't look as blinding, it's just generally much brighter: 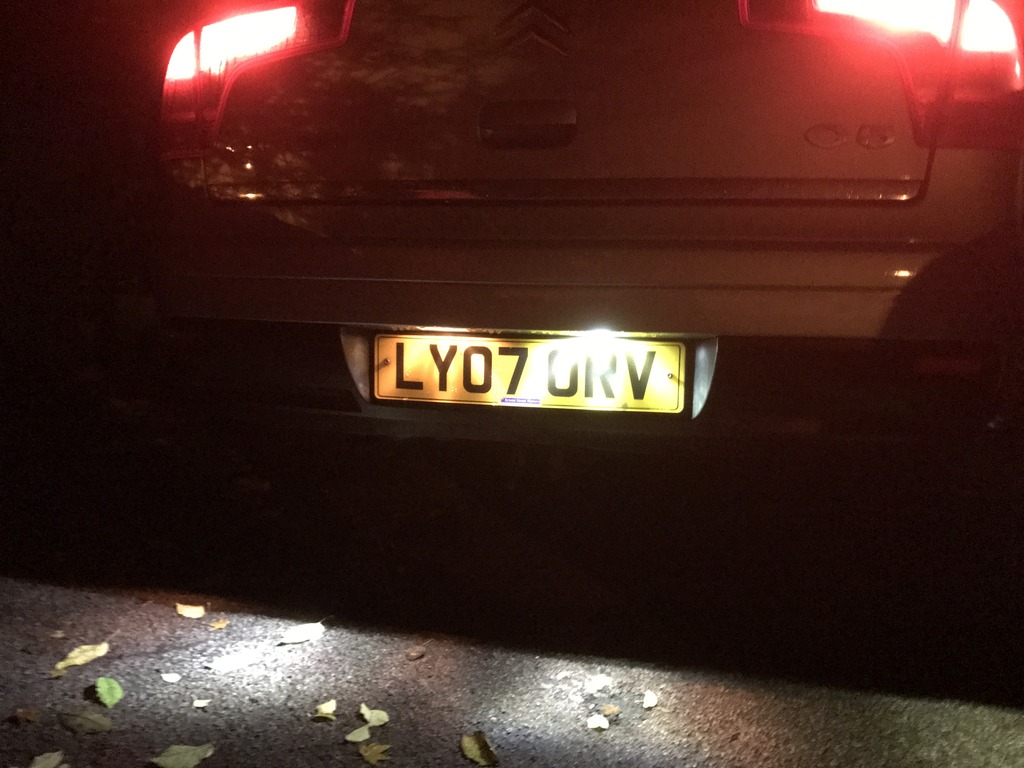 Think that is everything for now! Thanks.
Top

Got LEDs in the side lights in the Picasso as they are those stupid 6W halogens with offset pins (same as the C5 2 I think?) which last about 4 femto seconds due to being 6W and cost an arm and a leg! They're very white, almost blue, compared to the halogen headlights, but never any trouble at MOT time. Only thing is that the resistor has failed in the OS one, so the car reports a failed bulb, and the light comes on dimly after you shut the car down till the BSI goes to sleep, as it passes a small current (to check for failed bulbs I think) which is enough to light the LED. Doesn't bother me, goes off again after a couple of minutes!!
Top

Why 6W halogens when the old 5W standard sidelight bulbs could last years? What's the advantage...

Bulbs lasting femto seconds reminds me of something... My 207 has an incredible appetite for bulbs of all sorts. I'm wondering if this is connected with its other issues.... I must post in the thread I started on that...

Thanks for reminding me Richard

Slow reply sorry chaps, been busy at university again this week! It's funny that you mention the 6w bulbs blowing so easily, because the car came with 4w bulbs (not offset pin) jammed into the housing. I didn't realise that the bulb was supposed to be the 6w bulb so bought a 4w non offset pin LED's. They do fit in but it's not ideal so we've come up with a bit of a plan, hope to explain all once it's done.
Top
Messages: 140