Following on from this thread, I bought this car yesterday!

First impressions, it's quite rough around the edges, and the interior smells like someone's done a large number two inside, and then died.. So the first job after we got back was to strip the interior out and try to remove the smell! Which we've been mostly successful at.

More info about the car:
It's an R reg '97 Athena - which to confirm our suspicions, it is a hydractive car, it has the sport switch and the electrovalves buzz away nicely. It also has working AC and a working sunroof, which is good!

Until last year it only had 40k on the clock, the owner for the last year has basically abused it for a year and put another 40k on the clock, so it now has 80k on the clock. And I don't think it's had a service over the last year, so one of the next jobs is some new oil, but I won't be using it for another couple of weeks so it's not so serious. It does need a cambelt change however, judging by the service history I don't think it's ever been done.. A 13 year old belt... Yikes! It also needs an auxillary belt, and auxillary belt tensioner changing, as the tensioner flaps about and makes an awful noise at idle.

Externally the front bumper is a mess, the rear bumper isn't in great nick either, so I'm on the look out for a front bumper and possibly a rear one too if I can find one. Andrew - I'm going to send a message to the bloke with the Activa-esq front bumper in a moment!


I've got a few questions however. Firstly, the passenger side front footwell is damp, and we've traced the leak to be coming from the bottom of the fan motor, and the pollen filter. This was after we had washed out the bottom of the windscreen scuttle however, as it was full of leaves. So the dampness would either be from us washing the scuttle (and the cabin air intake area) or the dreaded heater matrix.. Doh!

Secondly, when you first turn the car on, the car sinks down quite suddenly, and then rises back up again. I think I'm right in saying this is a weak/flat anti sink sphere, and/or the accumulator?

Thanks for reading, I'm sure there'll be more questions along shortly

First thing that strikes me is the bumpers. I'd have thought an Athena would have had body-coloured bumpers and side rubbing strips but perhaps not as my sadly missed 2.1TD Desire also had the same bumpers and rubbing strips as yours...

It's a good fixer-upper that's for sure.

Yes, sinking like that will be flat spheres. They're all suspect and on a hydractive car corners can go flat and ruptured and you hardly notice from the ride, that's until you put new ones on. Ruptured rear corners can cause a sink as you describe.

To save guesswork and unnecessary expense, do you know anyone with a sphere tester? I'm thinking to replace all eight will be a bit costly.

The damp in the footwell will be the scuttle having become unbonded from the windscreen most likely. very common, especially if it has had a new screen fitted. Clean and re-bond with automotive grade RTV silicone.

It's essential you have the interior out as the foam under the carpets will be saturated and it'll be starting to corrode the electrics in the vicinity. This'll also be why it is rather malodourous at the moment.

It'll take at least a week in the warm to dry everything out.

Another favourite leak spot is the sunroof. Look under the rear seats and check you don't have two goldfish ponds in the seat wells...

Sunroof leaks are either blocked drains or the drain tube spigot becoming detached from the sunroof gutter..
Top

Thanks for the reply Jim.

I'm pretty sure all the corner spheres are OK as when the engine is off and the electrovalves are off, the corners still have a decent range of movement, unlike the rear end of the Activa when the rear corners were shot, the rear end didn't move at all in hard mode then! The front strut spheres are genuine Citroen ones too, possibly the originals but as I said, they still feel comfy

! Unfortunatly I don't know anyone with a sphere tester, I really ought to make my own but it's getting the parts together that's the issue.

I'd love some colour coded bumpers and rub strips for it, the current ones aren't half ghastly..

Regarding the scuttle, am I right in thinking this is the large bit of plastic at the bottom of the windscreen that needs to have the wipers removed to take off?? If so, then this isn't even slightly attached to the windscreen - what would the reason be for that? And why does that let water leak in

The complete interior (apart from the dashboard and roof lining) is out at the moment Jim, carpets and everything

We'll be poking something through the sunroof drains when we can to make sure they're all clear, but I'm pretty sure this isn't the issue, and the rear footwells are dry too.

Thanks again for the reply!
Top

Sounds like the windscreen has been replaced at some point in its history and the person who did it didn't realise that the scuttle panel had to be bonded down. I've had that before and had to point it out to them (to be met with "oh yeah, of course, I knew that"

Good to hear the family is growing Dom

That is very usual about the non colour coded bumpers. I thought when it came to S2 it was only the X spec with black ones. It would be interesting to see if that is original on the Citroen Service website as you never know, a previous owner might have had the same thoughts as a few members here about the black bumpers breaking up the colour a bit.
Top

R reg was the last of the S1, hence the black bumpers.
Top

The windscreen has a big chip in it actually, right in front of the driver.. Doh!

So that'll need to be replaced. And why does the scuttle being bonded down stop water leaking into the footwell?

One thing I ought to do is use hydraflush actually, where's the best place to get it?

I'll note down the VIN number and check on the servicebox for you red dwarfers - something else which surprises me is how fast the car reaches the right ride height from service low, it takes a good 2-3 minutes in the Activa where it takes about 20-30 seconds in this one, which makes it quite a bit faster than yours in the youtube video. So I don't understand that one

Flat/burst spheres can cause it to rise up quickly.

The cabin air intake vent is on the N/S under the scuttle panel.
If it's not stuck down, water runs down the windscreen straight into it.

GSF is where I normally get hydroflush from (hydrorincage)
Top

Right that would make sense then. So in that case if any water goes into the intake it leaks out into the car rather than out via a drain or something?

Will have to purchase some Hydraflush then, I still get student discount there using my student card (expires in a month or so) which is nice

The car is a very late s1 - that's why it's got a confused identity and is an
Athena one minute when really it's a VSX the next! 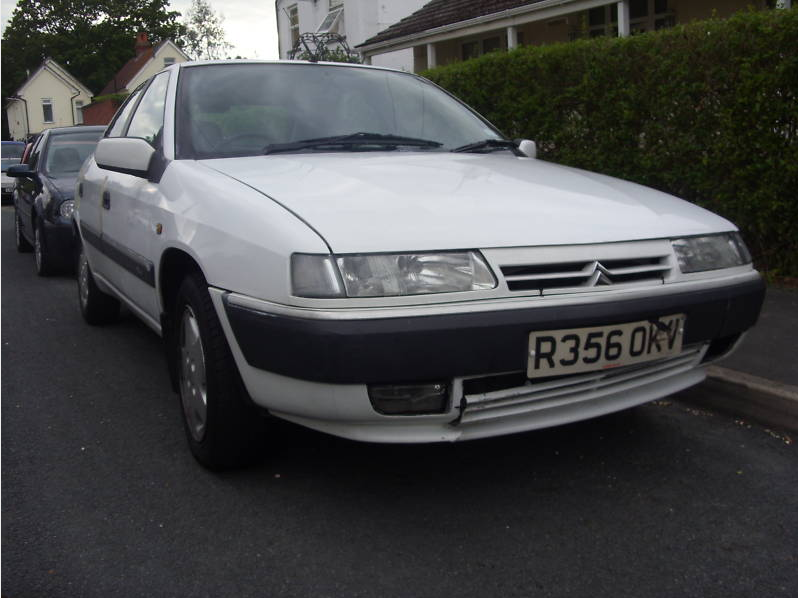 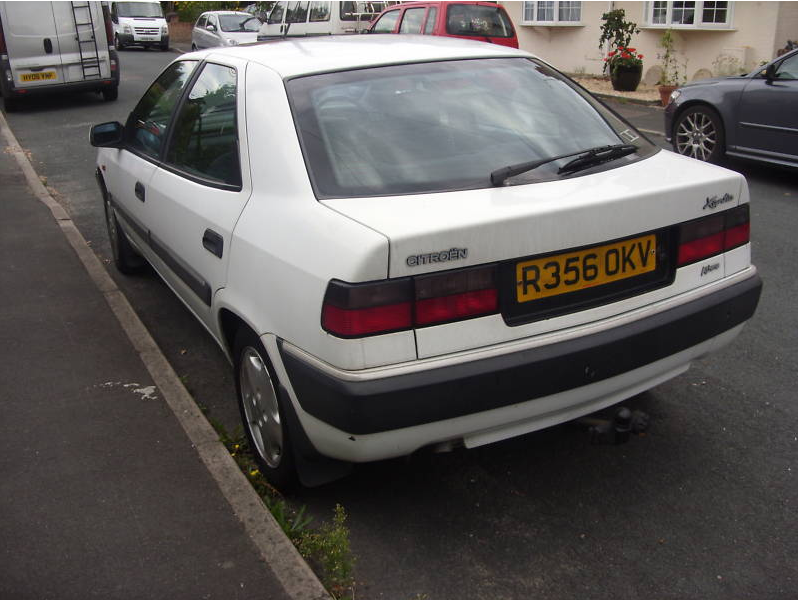 The colour coding on the late Xantiae s1 got a bit weird and patchy. I had an
R OKV car which was a green VSX TD estate with sunroof and AC and it had
black bumpers and cappings too yet 1.8i's which were usually LX's got colour
coding - likely a special edition to shift them before the s2's hit the showrooms.

Got taken away against my wishes by Oink scrapmen. 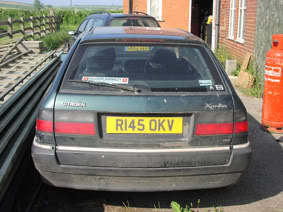 VSX models never had colour coded bumpers and as Athena's were simply old stock VSX's the same applies. When the Athena's were being sold new they were about £1500 cheaper than a VSX and dealers were told to remove the VSX badge from the boot and replace it with a cheaper looking Athena badge. Second hand prices of Athena's were always about £1000 less than a VSX on the secondhand Market for quite a few years.

As Xac states flat sphere's will cause a car to rise more quickly although an Activa on good sphere's does take an age to rise.
Top

The R...OKV series were the run out S1s, and all registered by Citroen in Coventry. Maybe they had a load of bits left, and decided to build some that they thought they could flog off cheap, but couldn't and ended up registering them themselves? I had R140 OKV between Dec 2004 and Aug 2007 (a black Athena Hatch) and did nearly 70k miles in it - not bad since I only paid £1200 for it! I then sold it to a friend for £100 (The value of two fairly recent tyres) who had it for another 2 years, and did another 15k or so in it. Without servicing it

Now gone to make bean tins or something

Citroen seemed to register up large batches of VSX models for some reason.
My father has M304 TRD on a red 2.0i auto VSX and the TRD series were all
run out in batches of identical colour though ranging in engine spec
- 20 green, 20 red etc. It was always odd driving past someone down the
road who had M246 TRD on a green TD.

I wonder if they were cars for their own employees and management?

That looks to be a tidy Xantia TD, a good buy. So your Activa is going the journey soon?

Very possibly, our old white XM was CMO, which seemed to be a number used on a lot of Citroen UK fleet cars (thats what it was from new). Ive seen a good few Xms wearing CMO plates.
Top

andmcit wrote:My father has M304 TRD on a red 2.0i auto VSX and the TRD series were all
run out in batches of identical colour though ranging in engine spec

My first Xantia was M341TRD, a black 2.0i auto VSX (sold new at Broads of Chalfont).
R2xx DVC is another common series, my Mk1 V6 is in this series and was a Citroen fleet car, registered 1st August 1997
Top
Messages: 140