Right here is the car in question, a 1992 Citroen XM Prestige Auto 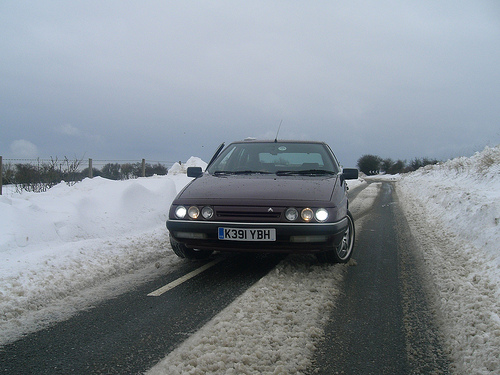 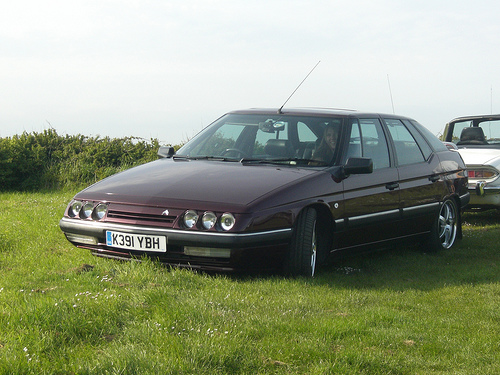 As you can see ive done a few mods during the 7 years ive had her, drilled discs, alloys, headlamp conversion, in car surround sound DVD and satnav along with a few oe mods like single spoke wheel and electric arm rest etc etc, it is now a part of the family and i cant ever see it being sold but ive come to lust after the power of previously owned cars and something had to be done so about a year ago i was given this car by a Club xm member 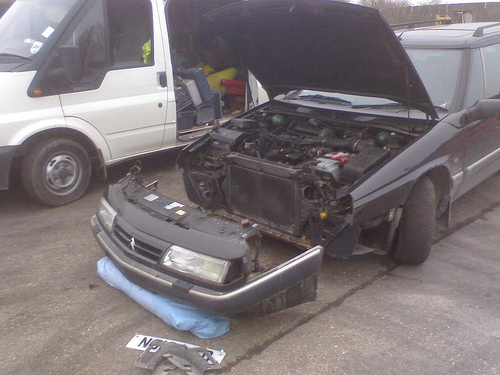 purely so i could get my hands on this 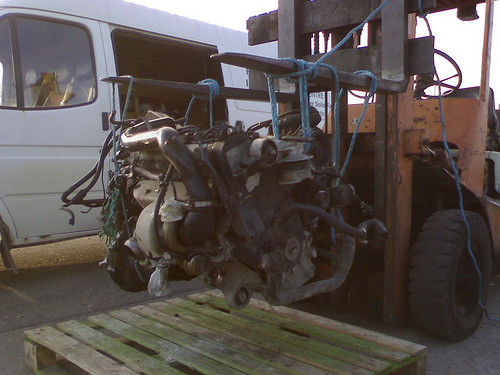 The engine is now reduced to its component parts and is taking up a lot of room in my workshop! the idea was to tune it and ive been thinking about it carefully, i do have a tuning chip for the engine and was considering increasing the turbo's compressor diameter to gain a bit more mid range boost but after thinking long and hard i want the car to stay auto because i like it and i think keeping the small turbo and flat torque curve is going to be more usable in conjuction with the auto box so i think after a £50 rebuild kit the oe turbo will go back on.
The plan cosmetics wise with the engine is that the rocker cover, inlet manifold, gearbox casing, alternator/pump bracket and alloy boost pipe are going to be body coloured and they are at the spray shop now being done after many hours spent sanding them smooth!!! probably far too many hours than is healthy

.
The block, head and sump will be gloss black and with a bit of luck will come out looking good, not oe and i know some people look down on this sort of thing but to me a car is personal and not something to be hidden away or spending its whole life carefully kept as original as possible.

So this was the engine a few days ago, its had a full undressing since this was taken 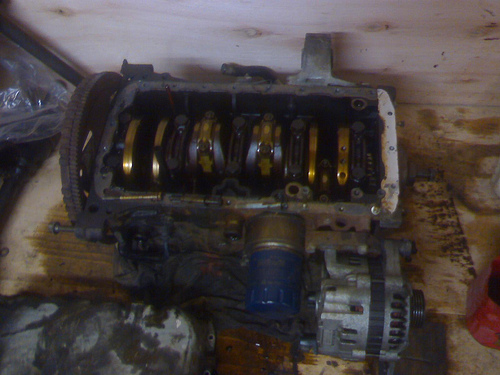 I hope you enjoy reading my first official blog