Thanks Steve, Ill give him a call.

I took the Activa for a run this morning as I was wanting to change the oil, I added a bottle of Forte engine flush to the oil and off I went for a quick spin.

While I was out enjoying some excellent roads in the Activa way, I did something which no other car could have managed! .... I was having fun with the nice twisty country roads, leaving every other car for dust but getting caught up with the Sunday motorists (A day early) I ventured onto smaller roads and met a tractor in the middle of the road. It was parked side on blocking the whole road as it was helping some farmer fit a roof on their shed, they didnt look as if they were going to move it any time soon. So i raised the Activas suspension to intermediate, crawled up the very steep grassy bank and off the other side, put the suspension back down and carried on my way. The farmers looked amazed and I was grinning at how good this Citroen suspension really is!

No other car could deliver such an entertaining drive and cornering ability but have slight off road abilities too, any other car would have just ground out on the embankment.

Obviously all hydraulic suspended Citroens would have got over this back, though I would have worried about the long and low overhang on the front of the C5, but none would have done this and impressed in such a way with the handling.

The handling continues to impress me too, the more I get used to it the more I like it.

Anyway, I have now changed the oil and filter, the oil came out very black despite it looking clean on the dipstick, though this is partly due to the flush taking the crap off the engine internals and putting it into the old oil. Nice fresh 5-40 synthetic oil in there now, I cant even see it on the stick its so clean! It almost took the full 5L too.

This afternoon I plan to have a look at the height corrector and then set the side to side level. Its coming along

Excellent progress Chris.
The farmers must have thought that you were completely nuts and a French car probably confirmed it for them - if only they knew!

I wager that you won't be able to leave it at home and it will become your daily driver.
Top

I've done something similar in a flood situation, it is great to surprise unsuspecting drivers

They probably did Steve

I know, its getting to be that way. Ive been running about in it quite a bit today too. Its done around about 380 miles in the week ive had it, though that does include the 240 mile drive back home from collecting it. Its going brilliantly.

Though I have been using the C5s for my commuting, ill be using the Activa for work this week now its oil changed and the cambelt is done. Its getting better all the time now ive started getting the jobs done.

I have been busy again, though I have not yet removed the height corrector, it looks a bit of a pig to remove and thought id leave it for when I had more time.

However, I have been able to free it off better than it was while in situ and its working better. Though it will have to come off for a good clean up at some point. The front height was a tiny bit too low, so ive set that up slightly to where it should be, looks even with the back now. The car also leaned over to the NS, so that has been adjusted and it now sits level.

I had the car ticking over for ages while I was fiddling with the height corrector, ride height and side to side leveling. The car was getting warm but the fans soon cooled it down. Which is reassuring as it does seem to get warm but at least i now know it wont overheat!

Im impressed with the condition of the underside of the car, very rust free and very tidy, all pipework looks very good and so the height corrector should be easier to remove.

Though as suspected the rear ram bush has gone, its rattling around and needs replacing. So that will be my next job, ill be using Jims guide and hopefully ill be able to get a new bush made up. Its the getting the bush in and out of the ram which looks like the difficult part.
Top

red_dwarfers wrote:Though I do imagine it took a while to get up to intermediate high being and Activa and all

I've done something similar in a flood situation, it is great to surprise unsuspecting drivers

Ah no, not that long really Kev. Plus I already had the suspension going up as I was crawling towards the tractor

Its not that slow at changing heights really, slow bit is getting it up from low.

myglaren wrote:He did it for a lot less than the price above.
Both cars re-gassed and he fixed my tailgate glass switch while Bob's car was being evacuated. For not much more than the price quoted above

Well I called them today and he arrived a few hours later. £100 later and the 52 C5 SX has not got its very chilly air conditioning back and the Activa is like a refrigerator now!

Its been such a dull day today ive not had any decent weather to try them out too much. Looking forward to a trip out in the Acitva on the next hot day now, to see how its AC works. Should be as good as new again.

Another job I can tick off on the Activas list, Air Con regassed

I picked up a long term test from 1996 out of a Topgear magazine from when they had an Activa on trial. Its a pretty good article, ill scan it in when I have a moment and put it in the Activa section. The Activa featured for the test is a green one with the plate N824 WMO - which rings a bell?
Top

I bought the Xantia an Activa boot badge from ebay. Seeing as only very early S1 Activas got a boot badge it should not have had one, but I think it deserves to be known about

As the badge comes as a thick sticker and not on a silver metal base plate, as the originals did, I bought a new genuine Citroen Elation trim spec badge to stick the Activa one on top. This little mod has been noted in the Activa Section thread previously, I think it worked out quite well: 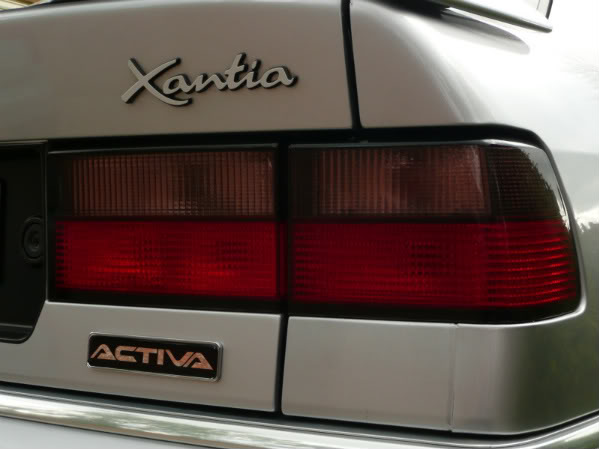 Here are some interior pictures of the Xantia after a quick hoover today: 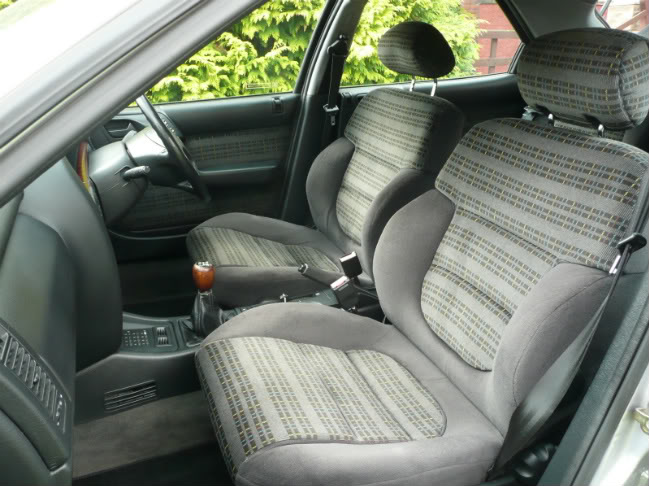 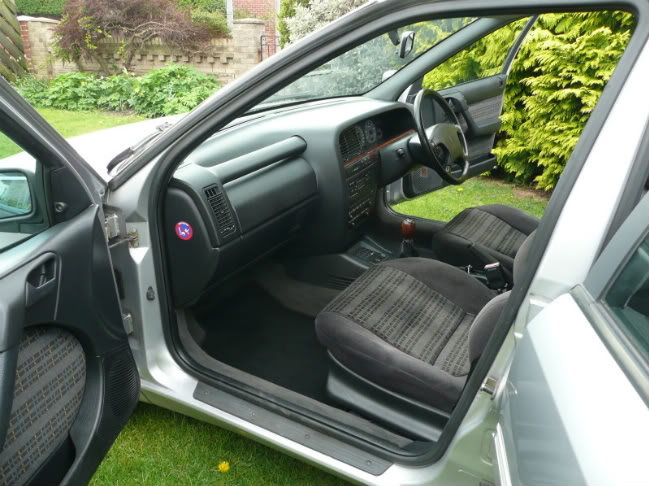 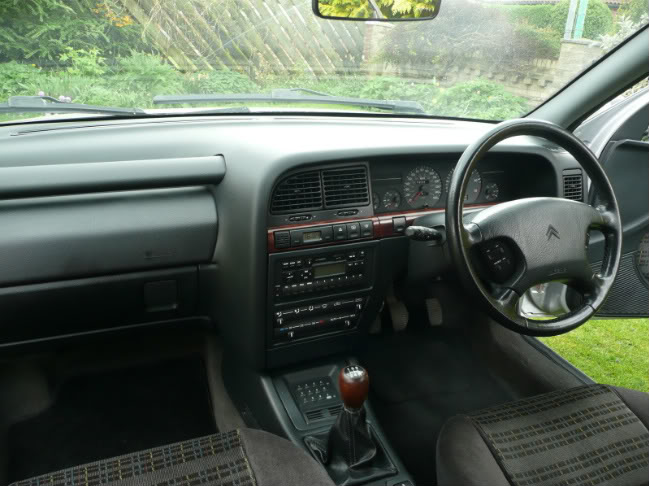 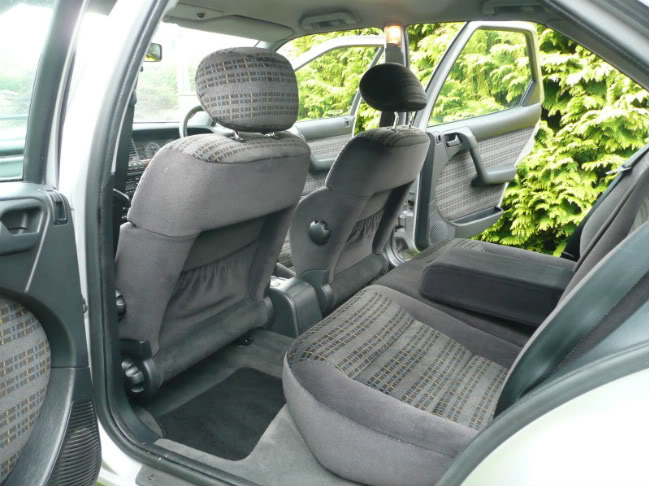 And a couple of other pics: 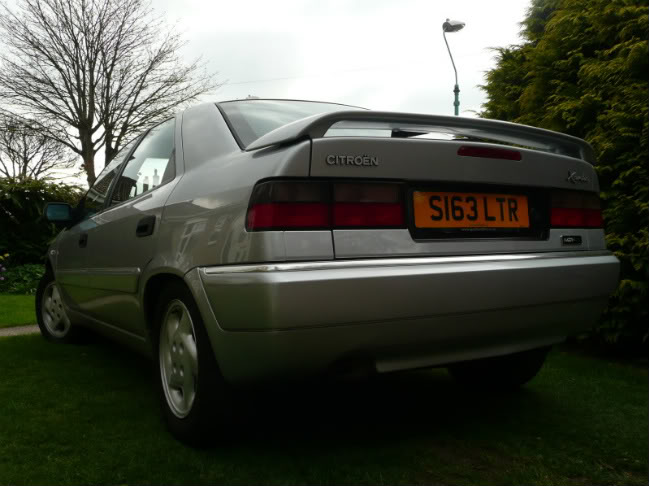 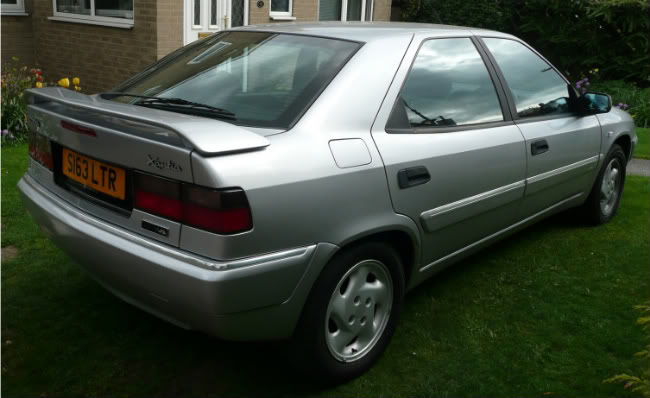 Ive taken the front mudflaps off as they were catching on the front tyres when on marginal lock. Im on the look out for a full set of genuine Xantia contoured ones, which will finish it off nicely.

Ive not really done anything else to it since my last up-date. Ive spent today starting to get the 52 C5 SX serviced and sorted out ready for me to take it to Scotland next weekend for the week. This C5 has a towbar for the bike rack, which is the reason im not taking my C5, or indeed the Activa. Shame!
Top

The interior is looking smart...just need leather to 'finish' it off!

Seriously though, it's looking good.


Citroening wrote: The interior is looking smart...just need leather to 'finish' it off!

Thanks Franklin and Jim, im very happy with it

Its in need of a wash at the moment though.

Im pretty happy with the Activa badge, it looks right.

Im not a leather seat fan actually Franklin, I always prefer clotch seats to leather. These are very comfortable and supportive as Jim says, plus I really like the material pattern

So, what have we here then? Possibly the earliest and most basic form of production hydropneumatic suspension and the most mechanically advanced too ...?

Both extremely advanced in their day though, the 6H was quite the car to have in the 50s. 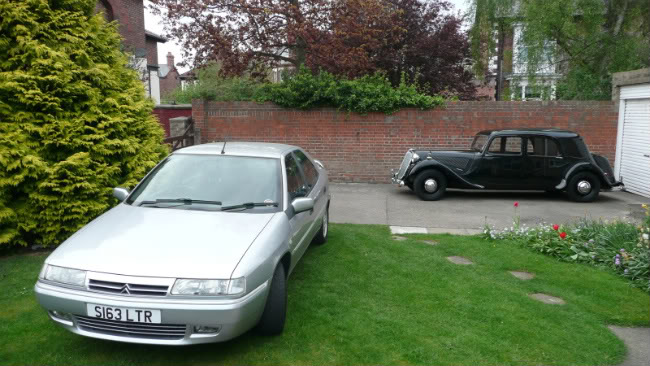 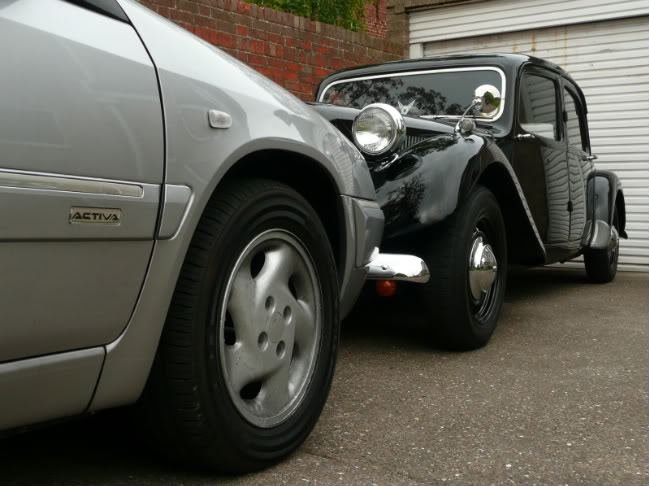 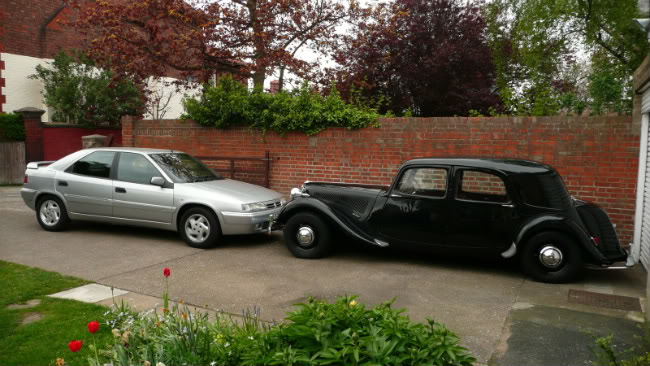 My dad is off to a Traction Owners event tomorrow for 'drive it day'. Ill be 'pottering' to work in the Activa

Was just doing a search on Activa suspension on Citroenet and I learnt something new - apparently, the Anti-roll suspension was first used on a DS!

Ive seen that before, quite an interesting bit of history. Its a fairly good site that, I cant seem to find much info on the Xantia Activa itself though. Ill have a better look later.

I would like an Activa 2 Coupe, excellent looking car. Shame it never went into production.
Top

The 6H represents the very first car to be fitted with Hydropneumatic suspension and the Activa the final evolution of basically exactly the same system...


Citroening wrote: Was just doing a search on Activa suspension on Citroenet and I learnt something new - apparently, the Anti-roll suspension was first used on a DS!

You clearly don't read my column in the Citroenian

I made mention that a DS prototype was the first to have anti-roll in my article on Activas this month... The DS used a pendulum as a roll corrector. Looks like it worked well too.
Top

You clearly don't read my column in the Citroenian

I made mention that a DS prototype was the first to have anti-roll in my article on Activas this month... The DS used a pendulum as a roll corrector. Looks like it worked well too.