I dont mind cleaning wheels, My C5s are quite a fiddle with their odd little silver details stuck on. I generally use a toothbrush to clean wheels, so they are no more difficult than any others.

I do really like the Activa wheels, they set an Activa apart and are unlike alloys you see on cars now.
Top

The wheels on my grandmother's C4 VTR+ make me dread cleaning that car.
Top

Try having C4 wheels that are white*...

Try having C4 wheels that are white*...

Well I guess there's one more justification for swapping for that black Loeb then,
- no more washing required EVER as nobody will notice if it's dirty or clean
with it being just one mass of black (fast) Citroen...

As you were talking about Bilt Hamber products, Opie Oils have 5% off their products at the moment - http://www.opieoils.co.uk/c-1226-bilt-hamber.aspx" onclick="window.open(this.href);return false;
Top

Loeb's too accurate to get his car dirty!
Top

Or is he so fast the airflow simply removes the crud before it even has a chance to settle?

I got some Xsara Everest pattern alloys on my little girl and I reckon they suit the motor pretty well.

Better than the rusty old steelies when I went for the '60s Rally Look!
Top

Ive had quite a productive afternoon today

Ive had a set of the Brian Pimmer stainless door trims for my Activa for well over a year, just sitting on top of the kitchen units. They weren't doing it any justice there! So today I set about fitting them, its taken me this long to want to fit them as its not a job I was looking forward to. I had envisaged the plastic trims breaking, all of the clips snapping and me damaging the paintwork while removing them. I thought I would choose today to do it, it perhaps being the coldest day so far this winter with a very heavy frost this morning. Just to help the plastics be that little bit more brittle

However, it all went rather well! I did break a few of the clips which hold the trims to the doors but not many, and no other damage was caused

I'll drop into the Citroen dealer tomorrow to pick up a few new clips, they will almost certainly not have them in stock and not be able to get them either. 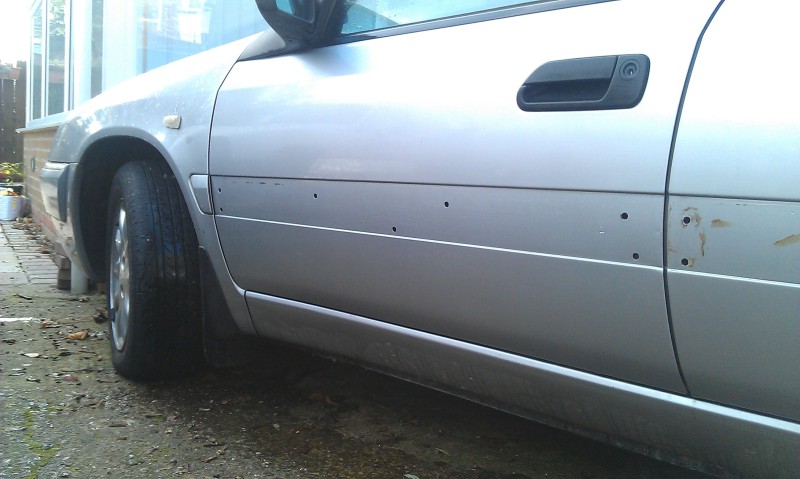 After that removing of the old plastic chrome strips was easy, they are pushed through from the back, hence why the door trims need to be removed, unlike on an XM. It recommends you file down the sharp edges of the new trims to allow them to slot more freely into the plastic trim. After doing that and spreading a good amount of sticky silicon like stuff in the void, the new trims went on very easily and neatly. I have left them in the house tonight to make sure the glue cures and they dont fall off at the first opportunity.

The Activa door badges were looking a bit tatty, having developed the same problem that the chrome trims do, water ingress. So I got a new pair, they look so much better! I was toying with the idea of getting the black backed trims with silver Activa writing, just like the boot badges are. However in the interest of originality I have gone for silver backed with black writing. 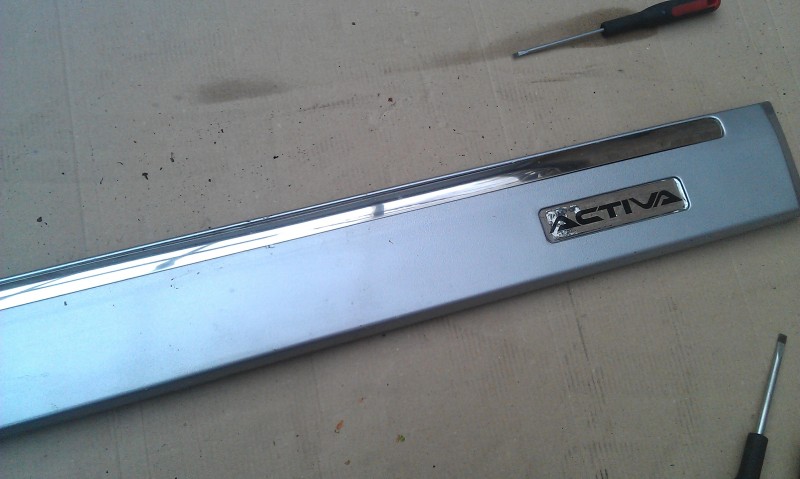 I was quite impressed with how three of the Activas wheels polished up with the machine polisher last weekend. They are showing a little corrosion but not bad for their age and not really that noticeable. However one was very tatty with flaking paint. So I have got that one refurbished, its a pretty excellent job. A proper job, with the wheel being dipped to remove all old paint, and both sides painted up in the correct silver colour. I'll no doubt get the other three done at some point. 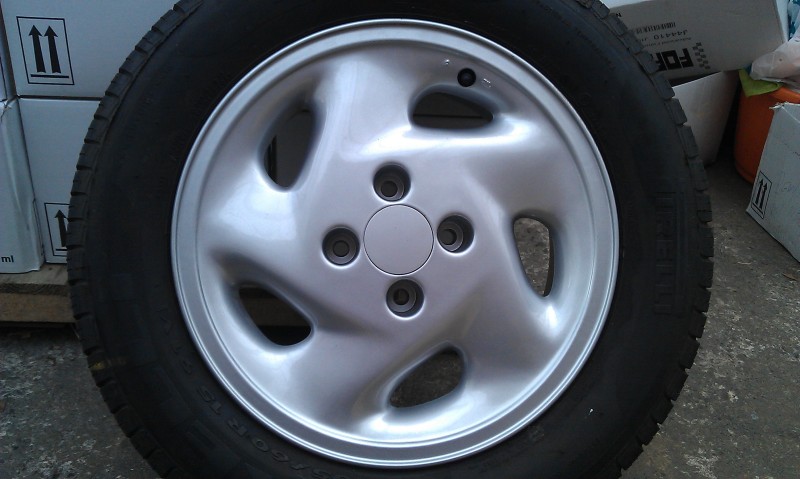 I got a pair of the genuine Citroen Xantia rubber front mats which were offered on ebay. They look so much better than the awful cheapy carpet mats which it had in. These dont slide around like a rug on a polished wooden floor either! 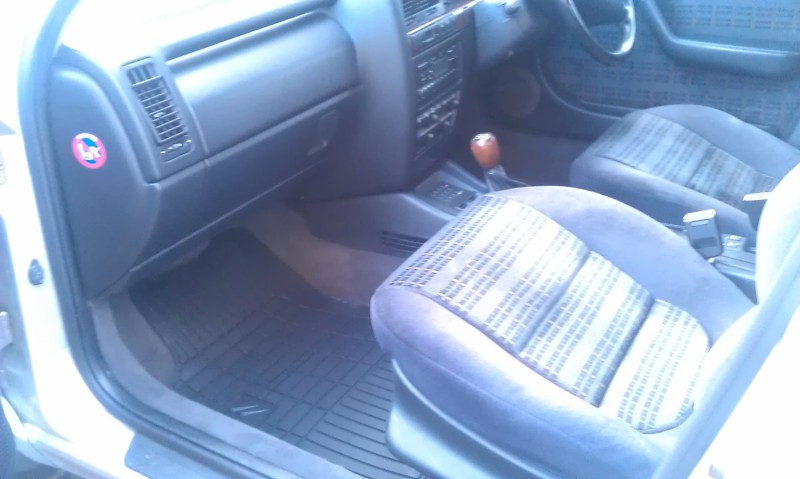 Ive still got a good few things I want to do on it. Mainly a good wash and a machine polish and wax, fit its new number plates and a few other things to get it looking as good as possible ... the reason for this will become obvious before too long ...

Today I have also done a bit of work with the HDi Xant. Mainly stripping all the brakes down, cleaning them up and refitting them with copper grease. All four were binding on very slightly as the pads were a little stuck in the callipers. So that should improve things. While doing this I swapped my new Michelins to the rear and put the thinning Dunlops back up front. They'll be replaced before too long.

As for the C5, I've forgotten all about it

Its been stood for two weeks, I best see if it wants a run out

Citroenmad wrote:Ive still got a good few things I want to do on it. Mainly a good wash and a machine polish and wax, fit its new number plates and a few other things to get it looking as good as possible ... the reason for this will become obvious before too long ...

You're not selling it again Chris??

Citroenmad wrote:Ive still got a good few things I want to do on it. Mainly a good wash and a machine polish and wax, fit its new number plates and a few other things to get it looking as good as possible ... the reason for this will become obvious before too long ...

You're not selling it again Chris??

Nice work on the activa Chris . The original Citroën mats are great I have a pair in the Zx , the stainless trims look the business . Your refurbished alloy looks great , if you get the dodo juice supernatural or the fk1000p there great for sealing yours alloys , very durable .

Now that is an idea