Great stuff on the MOT Will

Yes, the heater box can retain a lot of water after the leak is stopped up. 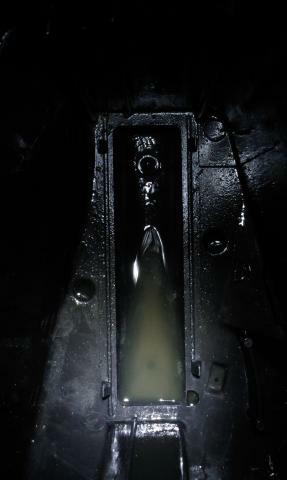 As this picture shows. Dried coolant on the matrix itself will canny on smelling for ages too. 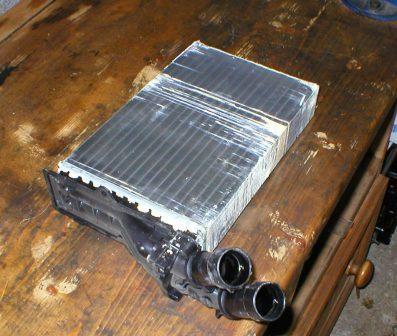 Fingers crossed on the K Seal doing it's job...
Top

Insurance runs out on sunday so it will be off the road for a few days until i get paid and can afford the new premium. looks like it will be £400 this year and going fully comp as i need a new windscreen as too many little chips in it now

That's a lot for insurance Will

Just renewed mine. Both cars, £480 with Admiral Multi-car

Seems quite a good deal.

Guess one of the advantages of my advancing years

Might give the old navy captian a call then and see what they can do but that's the cheapest so far and my IN10 with 6 points doesn't help but that does expire next year so will be getting a new licence to void it off fingers crossed and be all clean then, a sign of my advancing years i guess and children

So she is resting up at the minute, the battery is definately getting replaced when i get paid and the insurance done. Think i will be opting for a 63AH battery intended for the diesel xantias as it will have that extra kick on a cold morning and not be so hard worked with the blower motor at full whack, rear demister and screen wipers and lights on as i always end up having to do of late in the run to work in the morning

Started to get into my cycling to work and back as it costs £2.20 per day for a return and even cheaper if booked as a season ticket which is way cheaper than fuel. Though it has got very cold lately and the bike needs a small list of work on it including,

Maybe i should get a new bike but like my car love it too much and it is nearly 7year old!
New pads front and back(though would swap for hydraulic discs and pads)
New handle bar and stem.
Top

Well last night i finally topped up the LHM as it was a tiny bit low, and put in the new battery.

The car still seems to struggle a little when cranked so may need a service soon with new plugs and all.
The other thing is something went pop last night and i think from the feel of the handbrake noe being very loose that either the passenger side cable has snapped or somehow popped of its little locator on the caliper.

Will investigate more tonight as she pulls to the right when the handbrake is pulled but still does the job enough if i ever got an LHM leak while driving and i rarely use the handbrake anyway, she gets left in gear mostly.

Filled the tank up yesterday and from the last fill i got 21mpg.....
Ah well she wasn't bought for economy!!

Shes still clean after i spent a few quid on some autoglym shampoo and gave her a quick once over the other night as well as the swift. nice to see her shine again and the rinse bucket was very dirty after just a few panels so needed empyting and filling a few times for the whole car.

Its great to fly round corners again and feel quite flat though i think the continental tyre seems to slip a bit more than i think it should but maybe it is a harder compound...
Top

Well the car is still in good order so far.

Off this week and next from work so may try and get the droplink replaced as im sure its knocking or something else is...

Needed to visit the tip today so tested out the ABS as its mostly sheet ice/compacted snow on the roads around us so removed the fuse (fuse F6) and the abs light came on with the engine running. i could now also brake without the dreaded pedal pump kicking in as i tried to stop on ice and allowed the wheels to nicely lock up so i could crawl to the tip and back.

it was a bit nippy but well worth it. just wish i could get time in the day to hoover the thing out!

Think that i may need to get my PR block replaced or serviced at some point as the system isn't leaking LHM from anywhere i can see, but every 10-20 i can here the pump being laboured. the accumulator is brand new so it surely can't be that.

Also managed to tidy up my garage last week. got some nice metal shelving that would have been skipped and boy does it make a difference in the garage. i have now carpeted some of the garage which helps keep it a tiny bit warmer but even now my beers are sat in their chilling as well as some xmas food and snacks as well that would otherwise be in the fridge!

Merry Xmas everyone incase i don't get a chance to post before then and enjoy the festive season and fingers crossed for a white christmas day!!
Top

We want to see some piccys

Well recently the Hydraulic pipe let go again. Mainly due to me bending it a bit too much again on the outlet so i've had it replaced and strapped it down at two points this time instead of one and its holding well.

Also replaced the passenger side wheel bearing yesterday and while it made the rumbling noise i have quieter it didn't cure it.
On further inspection i have found the drivers side inboard CV joint gaitor has split and slowly emptied its grease and its that joint that i suspect is making the noise

Also while the forte has fixed my heater matrix(touch wood. cross fingers) the top rad hose has had a repair in the past where it has a small outlet towards the turbo. this has now started to leak and let air in and weep water under pressure. It really needs replacing instead of repairing but my temp repair will hold until i can find a new one to replace it as citroens price is too hard to swallow

think i'll have to get the warm water on it or some fairy liquid to get it back in place...

the ride is very nice and soft and hard mode are still working well.
Top

A PM has been sent with regard to the hose...
Top

Im annoyed with myself about the CV joint as i really shoulda looked under the car before replacing the wheel bearing on the passenger side.
the symptoms it showed were,

Rumbling when in a straight line.
Tiny bit noisier on right hand turns.
Quiet, almost going away while turning left.
Increasing resonance as speed increased but having a distinct increasse in noise between 50-60 and vibration in car.


The bearing has made thigns the tiniest bit quieter and i have bought a breaker bar and the socket for the driveshaft nuts so can do the other when the time comes but still anooyed with myself and dreading this driveshaft replacement.

On the other had the Forte is holding up. Some has come out when the dodgey top hose started top suck air in but the seal is kinda holding and the heat from the last few days has helped the car dry out. If i lived closer to my folks i would have borrowed their dehumidifier all weekend

Well yesterday after going from doncaster, manchester, liverpool my car had enough and spat its dummy out!

After stopping in at vinces little shop

to get some antifreeze i went to blackburn. just before blackburn i noticed the passenger side carpet getting moist. Pulled in for fuel and topped up the header tank as i knew what was causing it and thought it must be weeping a bit.

After my blackburn stop on the way home up the m65 i think it was the weep turned into a small leak. the footwell got very wet.

I had to empty it out using a small piece of hand towel and wringing it out and then topped the header tank up again.

I had to do this a few times on the way home, and to add to the frustration the motorway services at gateshead on the m62 charge £1 for water!

I made it home though as at about 60-70 the engine seems to get enough airflow to cool it to be ok.

Going to be a busy weekend then

Keep my number handy and shout if you need any advice...
Top

Say hello to John from me...

One tip Will, and I know this means a bit of extra work, remove the turbo pipes complete to give you the best possible access to the water elbow.

It's darn-near inaccessible otherwise and the better access you have the less chance of damaging it.
Top