I still have the Xantia but it's off the road and tucked up in the garage at the moment. The XM really needs a wash but once I get around to that I shall have to get some taken!

Bit of a long old day today. Took Dad up to see a new motorbike in Warminster, Wiltshire this morning. It was being sold by a lovely dealer chap with a proper rural Somerset accent who goes by the name of Roy Vincent. Dad was quite excited really, he's had his early 90s Yamaha Diversion for knocking on 15 years. Roy is delivering it next week. When we got back I had just enough time for a bite to eat before me and a few work mates busted over to Cullompton for a bit of quad biking. Quite an expensive activity but it's certainly a good one off experience.

Also, my OSX Lion Support Essentials book arrived yesterday which means I can crack on with studying for my first Apple exam

red_dwarfers wrote:I can crack on with studying for my first Apple exam

This chart should help you out Kev

...Sorry i have a poor sense of humour 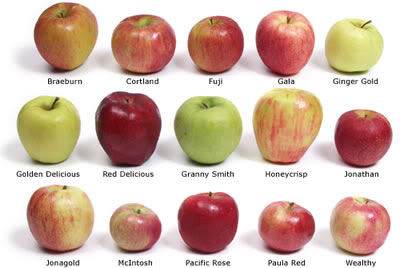 vince wrote: This chart should help you out Kev

...Sorry i have a poor sense of humour

On the contrary, I'd say you had a brilliant sense of humour actually.
Top

Brilliant! If I had of known Apples were so easy, I would have got one years ago

Quad biking was good I bet, even better if it was pouring down and very very muddy. I remember the last time I went, I fell off the back but still had hold of the handle bars, I looked a bit of a state after that

Cheers Vince!
I knew I should have asked on here first or I wouldn't have paid £30 odd for my training book. Still, this one does dedicate one page per type with a longer description

The XM is going fairly well, even had someone have a good nose while overtaking on the a30 yesterday

Unless I was being an idiot driver

Last night after me and a few mates had a picnic on the moor, the XM played host to a few games of draughts. The rear arm rest is a good place for the board!

A few issues on the XM that need sorting. Fuel is still running back to the tank but not as bad now since I dismantled and cleaned up the priming bulb. I'm going to replace the fuel filter and leak off pipes next. Something to note though is that the XM 2.1 fuel pipe is larger than the 1.9 in the Xantia meaning that unless the end plugs of the priming bulb are replaced they aren't interchangeable.
Drivers electric window has stopped working, when winding it up yesterday there was a slight clunk and the glass stopped moving but the sound continued. At the moment I think it's the plastic that fixes the glass to the winder mechanism, I think I have a spare couple of winder mechanisms in the garage I can swap bits from.
There's a leak from the sunroof/aerial in heavy rain. I'm going to seal up the aerial plug to rule that out and go from there. If the worse comes to the worse I have a spare dry sunroof in the garage.
I've cleaned up the contoured mud flaps I picked up, they're in usable condition but a little rough around the edges. They did require a lot of persuasion to come off the scrapper. The clamps look like something that Time Team would find interesting so I'll have to make up some new ones. I'm debating whether to put them on to be honest as it would create a bit of a mud trap in the front wheel arch and it might damage the paintwork/galvanise. It would also make that area more difficult to keep the mud from building up. I might just put the rear ones on as there's no such worry there with it all being plastic.

My '97 model year Xantia wiring diagrams arrived in the post this morning. It's quite some thickness! In much better nick that my XM dealer manuals in which about a quarter of them have been in water at some stage.

On another note, my non working XM RCL boxes and keys are up to a grand total of 3. I have one which does work but it's the smaller one which has a different sized connector so I need to make up some sort of adapter.
Top

You want to sort the air/fuel problem as soon as you can as EPIC pumps are very sensitive to even small amounts of air and it can cause them to do funny things... Hope the work you plan fixes it for good...

Great stuff on the woring diagrams. I've finally completed my set now with a set of 110 HDI-specific diagrams...

Hope the window is soon sorted and you don't find a tangled mass of cables when the door card comes off!
Top

Took the door card off the XM today. Snapped cable! We replaced it last year with a stainless steel one and brazed a lug on the end. The trouble is that the solder ran down the cable a couple of inches and toughened it up a bit. We thought we might get away with it but obviously not. I have a spare window regulator but it's only got a two pin connector. I'm going to have another go at making up a new cable but be a bit more careful with the solder this time.

It turns out that all this time I have been thinking that the alarm ECU with the two connectors was the RCL box...sniff. When I had Peter's box and key I wondered why it looked different. I had put it down to XMs being XMs and there being two incompatible systems. Then when reading through a couple of posts on Club XM, which mentioned that on cars with passenger airbags the ECU was more difficult to get at things started clicking into place finally.

would you like a decent set of mudflaps for the XM? I still have the ones I took off your car as I didn't like the look of them. 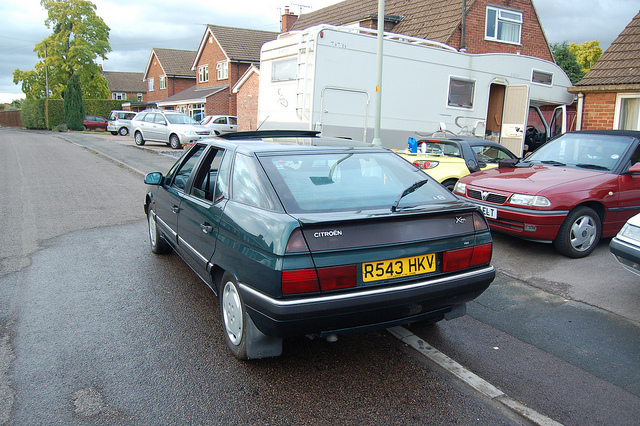 They're yours the first time you are back in Gloucester. Just let me know when you're passing and I'll dig them out.


Also, here's my latest XM - this one was last taxed in January 2008, just retaxed on Saturday and ready to go after a new exhaust and wiper blades.

It drinks fuel though, being a TCT. 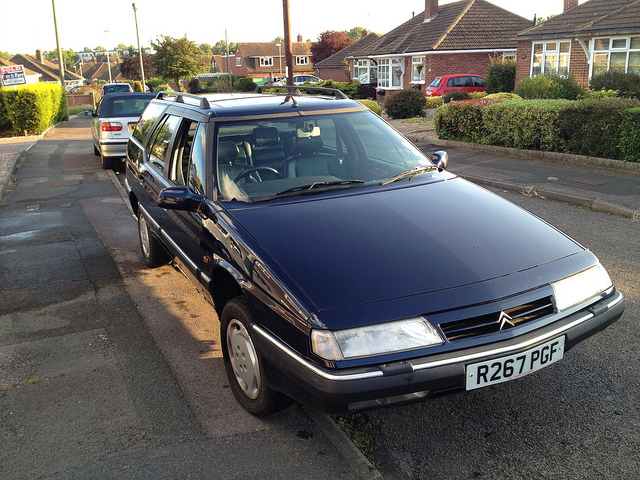 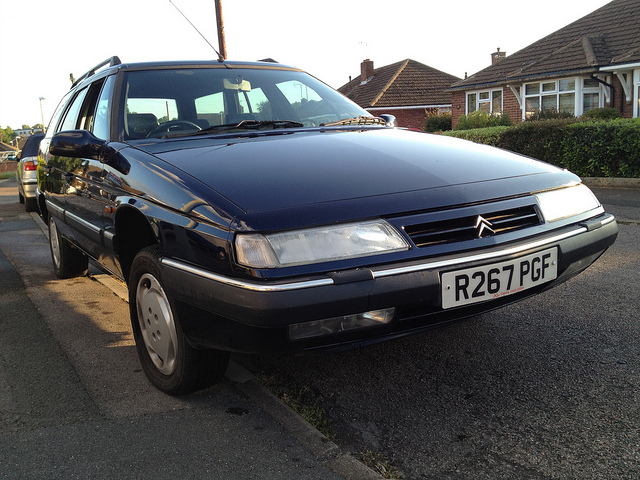 new suspension spheres are ordered for the rear and should be fitted, rain willing, later this week.
Top

The new XM is looking smart! I saw the before and after photos on CXM

That would be proper! If I paid, would you be will to post them?
Top

tell you what! I'll be in Broadclyst all day saturday, why don't I bring them down and you can collect from Broadclyst Community College anytime from 8 am till 4pm.

Just bought filters for both XMs and have to sort out some oil for them both to do services this week.

New XM is taxed and in work's car park. I may take it to Exeter and hang the cost of fuel! lol
Top

Sounds like a plan. I think I've still got your mobile number on my phone, unless you've changed it in the last 18 months.
Top

I've ordered a fuel filter and a 1m length of leak off pipe as it turns out it was much cheaper than a cut up set. It turns out that the 1.9 Xantia filter isn't the same as a 2.1 EPIC XM one. Might explain where all this air is coming in from as I put in a 1.9 one I had on the shelf back in the middle of last year but I can't remember if the problem started before or after that.

Aero wipers have been ordered to replace the rather tired looking ones on there at the moment and the 24v alloys have been dropped off to a bloke down the road who refurbs them. He's going to take out the scuffs, sand them down, paint with 2 pac paint and everything. I'm looking forward to seeing the result on Friday.
Top

I don't think there is much you can do about repairing S2 XM windows for the life of the car! Whatever you do they seem to fail again, Ive replaced a few with the E-crofiting kit and even fitted new regulators and so on, they always fail again at some stage.

Good work with the alloys, they will look superb repainted and on your XM, it'll finish it off a treat.

Well, actually the mudflaps might do that, they do look so much better with the contoured mudflaps. Your right in that the front ones are a bit of a muck trap, the metal brakets attaching them to the wings surely don't help either. The rears are fine, as you say, they just go into the plastic bumper. Be warned, if you fit the front ones and catch them on a curb, you do notice it ... the Xantia contoured mudflaps are much more friendly.

Glad you have replaced those wipers, they had definitely seen better days

Just came across an ideal accessory for your Citroen Kev ....