The others there are FSO cars, they also built cars based on FIATs the FSO125p for example.
Top

I also believe they built a Polski Fiat 126 as well.. Thankfully we in the UK never saw those...
Top

Going back to bridges for the moment. Today marks the 50th anniversary of the opening of the first Severn Bridge...

I recall going over it soon after it opened... Many did, just for the novelty of it...
Top

I recall the time before it opened, as part of my business I used to run villagers to the Aust ferry, usually meant a long wait in a traffic queue.

Re: Picture(s) of the day...Severn bridge half century

Picture of the day then

.Just heard this on the radio tonight 50th Anniversary of the first broadcast of Star-Trek in the USA. September 8th 1966, NBC broadcast "The Man Trap" the first episode of Star Trek. Here's 2m 06s of the opening sequence on youtube.

The Uk had to wait until 1969, when the BBC decided to show "Where no man has gone before" as their first episode from the series.

Regarding the Polski Fiats - given the rise in popularity of Eastern Bloc motors in the last few years and the ever rising trend for them to be imported from the likes of Hungary and Turkey, there are probably more around now than any time in the last few decades!

Remember last time I looked there was but one FSO Polonez shown on Howmanyleft.com. Made me sad, for while it was a truly dire car (this is coming from a Lada enthusiast!), they looked fantastically distinctive and I'd love one as an occasional Sunday driver and show car.

Really do need to see if I can find a digital copy of the original Star Trek pilot somewhere (assuming it still exists somewhere that is) as it must be one of only a handful of episodes save for a few bits of Deep Space Nine that I've not seen. Grew up with The Next Generation and confess to being a bit of a Trekkie. Being honest, as a kid, that and the early morning Open University stuff were about the only things you could keep me still in front of the TV for for more than five minutes, would otherwise have much rather been outside. ...far cry from the norm these days it seems!
Top

Love the picture of the Severn Ferry with the bridge under construction Neil...

Robyn would love the white Mini. The number plate has her initials on it

Zel, only one Polski Fiat left? To be honest I'm surprised it's that many!!!

Bet they were not as dire as an early 70s Moskvitch though...
Top

To welcome a new FCF member "Buffer" who "avez une residence" in Indre France, picture of the day..and we like our bridges on French Car Chat, is a nice carte postale of a viaduct from Le Blanc, in Indre crossing the river Creuse.

Ahh, so they do the same as us then... The French version of Sustrans...
Top

That Monsieur Beeching got around a bit didn't he. 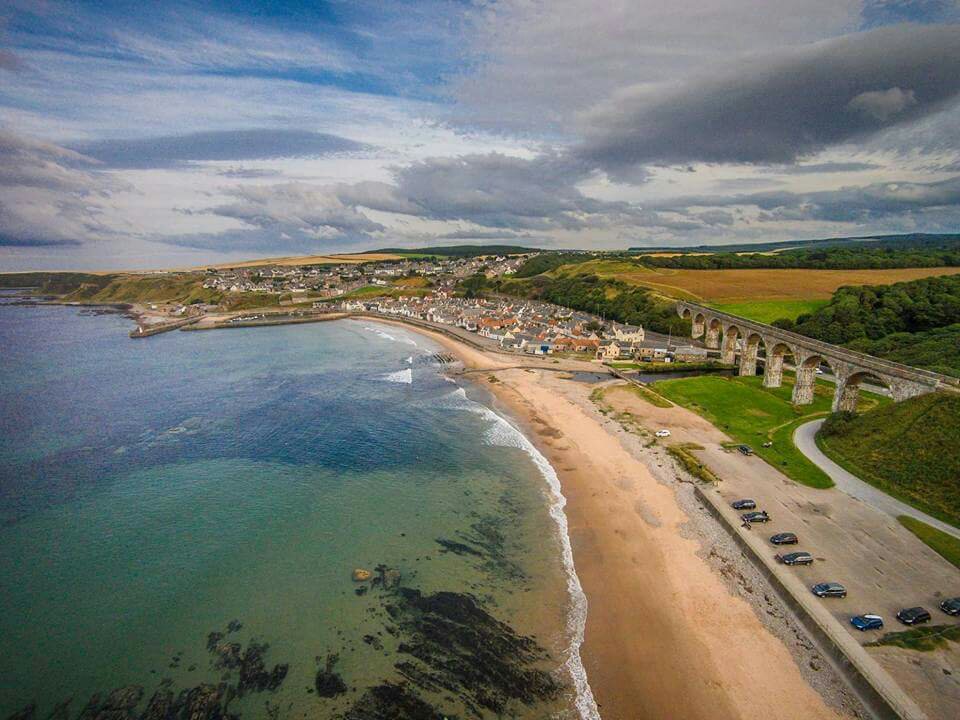 Here's a nice village with viaducts, 3 of them that once carried a railway but now are part of a coastal walk.

daviemck2006 wrote: Here's a nice village with viaducts, 3 of them that once carried a railway but now are part of a coastal walk.

Lovely picture Davie, but you've left us with a bit of a "Wheresthisthen?" but I may have got it

Would it be the place where according to wiki