If we are fortunate or just comfort conscious we leave by Golden Arrow, that 22 carat service which wings us to the Continent in all the first class comfort that Pullman can conjure, and surely conjure is the right word to use in connection with this world renowned service which daily links the two chief capitals of Europe

Comes very close to pronouncing the word "Europe" as "yerp".

Time for my second Kent anecdote, this one concerns the time when my sister had got married and they bought their first house in Biggin Hill to enable my second brother-in-law to maintain his employment as a bus driving instructor in Catford, South London. She asked Bob and I if we would hire a van and move her things down to Biggin Hill, calling in to her new husband's place to collect his stuff. We readily agreed because anything for a driving job, especially in a 3 tonner with tail lift!!

So on the appointed day we went and collected the van and then drove back to my parent's bungalow where she had been living and loaded all her stuff and furniture etc into the van. We then drove down to her husband's rented flat where we added the contents of his place to the load and closed the shutter and put up the tail lift for departure. As we were climbing into the cab he ran up to us calling "hold on, got a couple of bits in the shed, I'll just pop them in" "OK" said I and switched off the engine again while we waited. We heard the shutter go up, a couple of thumps and then the shutter close again. He walked along side to my door and said "OK away you go, here's the full address, see you there!" while handing me a postcard with the details on it.

WE set off with about an hour and a half to run and made reasonable progress round the north and south circular roads, crossing the Thames at Kew Bridge and eventually found ourselves on the outskirts of Biggin Hill. I pulled over into a layby so Bob could work out the address in the A to Z and then got under way with Bobnav working well. After some wriggling around we finally entered the top of their road and as we turned through a 90 left so we ran parallel to the main road we saw that we were at the top of a 1 in 3/4/5 hill down to the house. However that wasn't the worst part!! Within 20 yards the tarmac stopped and we pitched onto the worst unmade road I have ever come across, including the forest tracks I used to rally on!! We had no option as it was far too narrow to turn round so I gingerly released the brakes and we very slowly careered down the hill doing no more than walking pace but bouncing around more than the average trampolinist. Obviously after a few minutes we reached their house and pulled across the back entrance. Being a town house with kitchen diner and garage on the bottom then first floor lounge and one bedroom and two more bedrooms with the bathroom on the second floor, it meant we had to unload most of the contents into the garage for onward movement as they sorted themselves out.

So we both got out and walked down our respective sides to the back of the van where we faced each other with mutual looks of horror!! Dripping from under the tailgate was a thick white gooey looking liquid which had spread itself across two thirds of the crack and was ouzing out across the whole width. We dropped down the tail lift and raised the shutter to be greeted with a bed base and mattress dripping with the said white goo and a strong smell which we both instantly recognised!! Well who hasn't emulsioned a ceiling or two in their time?

However, my sister was not amused to say the least!!! Fortunately it was her new husband who had put the two 5 litre cans in there, the afterthoughts from the shed, so when I explained that we would never have loaded them without taping the lids she directed her wrath on him!!

Great way to start married life in your new home!

It transpired that both cans had popped their lids, presumably while undergoing the trampoline training as we came down the hill because most of the paint was still in the van. Luckily one good thing for us was that it was water based brilliant white emulsion, so we were able to unload and then pressure wash the van clean before returning it and losing our security deposit. My brother-in-law did not get off so lightly having to buy a new bed and mattress, a kitchen table which had soaked paint up its legs and a new rotary washing line because my sister insisted!! The final straw was that when we left the following morning we carried on down the road which had full tarmac from about 10 yards past their house all the way back round to the main road. Had he told us about that we would never have had the problem but I didn't dare point that out to my sister as we can't stand the sight of blood!!

March 11th 2022 the thread kicked off with this post, and by the end of today the 92 will have been done, all selected at random first out Cornwall last out today Kent. For me its provided plenty of interest and entertainment.

If you can make a contribution to Kent's day in the spotlight please do. I feel sure a few members will have visited Kent, taken a ferry from Dover or Folkestone, been through the Eurotunnel, gone to Brands Hatch, or even lived and worked in the County.

"Entries invited, anything goes" as stated in page 1 post 1 back in March, but today is it.


NewcastleFalcon wrote: ↑
11 Mar 2022, 17:16
There are 92 historic counties in England Scotland Wales and Northern Ireland, each will have a mere day in the spotlight selected at random.
Here's the pool

I am sure when we had our first family holiday down South, and our first visit to London staying in Orpington Kent at the home of Dad's Aunt Ada, we went to a Cricket match at Canterbury. It was summer of course and I do think it was 1968 ish. We had a white Vauxhall Victor Super at the time. I'm off for a trail around the Cricket stats. Kent were obviously at home, the tree was in the playing area of the outfield, and I was a bit disappointed Derek Underwood although playing wasn't called on to bowl. If I had to guess I think Kent may well have been playing Yorkshire.

I suspect it was also the first 2 weeks of the School summer holidays so July 19th ish onwards. I'll enjoy a little delve to see if I can confirm for my own satisfaction when the game was. John Shepherd has just come into my mind, never thought about him for years. Maybe he had a good game.

Welcome to Kent's day in the spotlight John 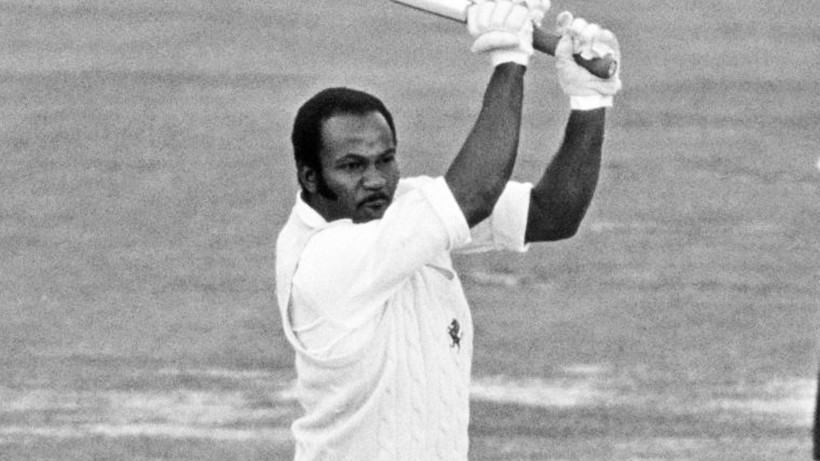 The fifth port of call on my tour of the reds finds us in West Malling home of the rather impressive St Leonard's Tower:

West Malling offered up this chap who spent a significant amount of his service life there, as ever details are in the link below:

Find out who he is here if you haven't recognised him

That I KNOW is Squadron Leader Guy Gibson VC.
Top

John Shepherd did have a good game with the ball, no-one did with the bat!

Personally I would have been more excited to see Freddie Trueman in the flesh even though he was past his prime, he still had a charisma about him that brought a thrill to the spine!! Only got 2 wickets from 15 overs but that wouldn't have made any difference!

Alas, a sight we'll not see again - the glorious SRN4 hovercraft that used to fly from Dover to France...... occasionally full of eels

The was also a smaller mirror uncovered at Fan Bay, Dover, when one of the deep shelters was excavated a few years ago. 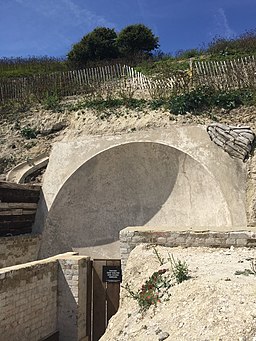 "An acoustic mirror is a passive device used to reflect and focus (concentrate) sound waves. Parabolic acoustic mirrors are widely used in parabolic microphones to pick up sound from great distances, employed in surveillance and reporting of outdoor sporting events. Pairs of large parabolic acoustic mirrors which function as "whisper galleries" are displayed in science museums to demonstrate sound focusing.
Between the World Wars, before the invention of radar, parabolic sound mirrors were used experimentally as early-warning devices by military air defence forces to detect incoming enemy aircraft by listening for the sound of their engines.
During World War II on the coast of southern England, a network of large concrete acoustic mirrors was in the process of being built when the project was cancelled owing to the development of the Chain Home radar system. Some of these mirrors are still standing today."
https://en.wikipedia.org/wiki/Acoustic_mirror
Top

To complete my set of red route towns a look at Westerham is needed. The town boasts a very pretty green featuring a significant statue:

An equally significant statue forms my final choice of mystery man for the thread, voted the greatest Briton of all time by a fair number of surveys, the statue pays homage to the man who lived just outside the town in his famed manor house:

The link to the information
Top

The Channel Tunnel - just not the one you're thinking of

There was a bit of an attempt at a Channel Tunnel in 1880 - they didn't get very far though. This is the relatively short length of tunnel that was bored out, along with a bit of graffiti from back in the day

Did you know you can go on Safari in Kent? I thought not

Didn't know that, but not surprised as....

"There is a remarkable variety of wildlife living at Dungeness, with over 600 different types of plants: a third of all those found in Britain. It is one of the best places in Britain to find invertebrates such as moths, bees, beetles, and spiders; many of these are very rare, some found nowhere else in Britain."
https://en.wikipedia.org/wiki/Dungeness

Carrying on with the graffiti theme....

deep under Rochester are the Short Brothers tunnels.
Some bricks that aren't in Neil's collection