That reminds me of when I was visiting universities in 1970 to decide which one I wanted apply to. I went to UCNW Bangor and the Students' Union piled us into a coach to look around the area.

As we approached the Menai suspension bridge (no Britannia bridge then!) the SU rep pointed out the sign "MÔN MAM CYMRU" which he translated as "Anglesey, Mother of Wales" and then said that Anglesey had the highest illegitimacy rate in Wales.
Top

NewcastleFalcon wrote: ↑
27 Apr 2022, 18:51
What was it that Lewis Carroll wrote "The time has come, the Walrus said, to talk of many things"
but not anymore of Anglesey. Its time has run out. As ever appreciation to the content contributions.

There are 92 historic counties in England Scotland Wales and Northern Ireland, each is having a mere day-ish in the spotlight selected at random.

Random Number is 31
County is Dunbartonshire

Dunbartonshire: Today's County in the spotlight 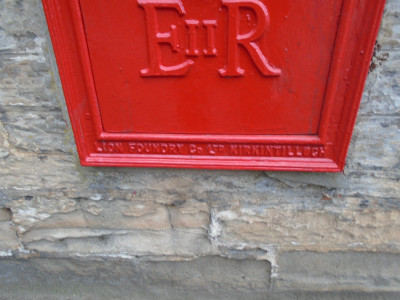 From Kirkintilloch in Dunbartonshire, to Buenos Aires Railway Station the Lion Foundry's products are found across the world. https://www.edlc.co.uk/sites/default/fi ... ldwide.pdf 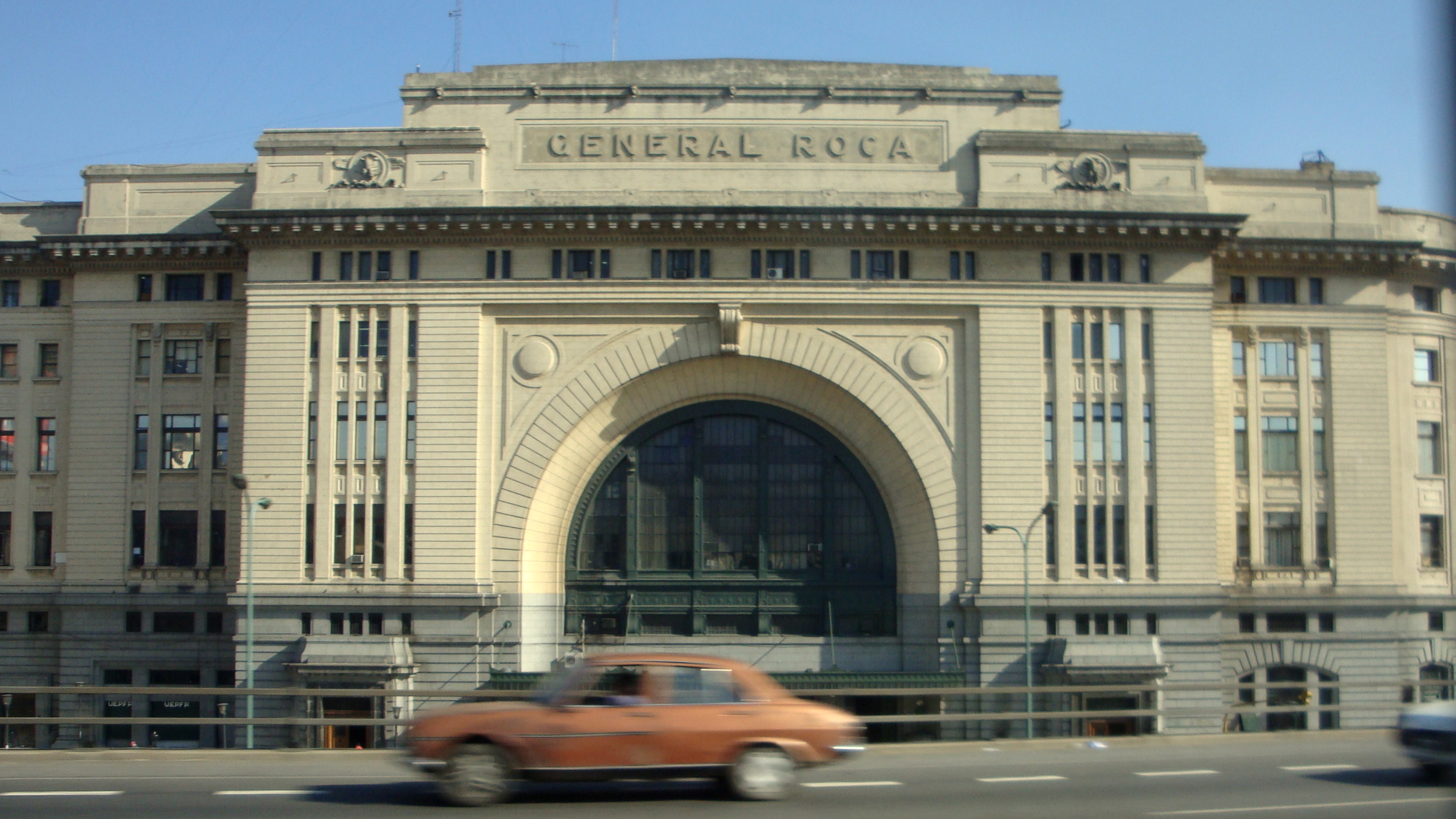 And that looks like a Peugeot 504 blurring past!
Top

Interesting!! My first thought was a Renault 9 similar to this:

However back to the new county, there does not appear to be a firm decision on the Dumbartonshire flag with these as the prime runners:

As for the location within Scotland:

And an amagamated map of East and West for some locations:

I have driven through Dumbartonshire on a few occasions and passed through on a train on one vehicle collection. My first time was on a trip with my daughter when researching universities for her. She had picked out Lancaster, Stirling and Exeter as her favoured options so she arranged visits to each over a 10 day period. Day 2 was Lancaster, day 5 was Stirling and day 9 was Exeter. So on day 1 I drove her up to Lancaster where we stayed the first night. On to the Uni tour and then up to Windermere where we stayed in Bowness on night 2.

We had 2 days to kill before Stirling so we elected to do some sightseeing and headed for Oban. Night three was spent at a delightful B&B in Alexandria at the southern end of Loch Lomond in Dumbartonshire.

Day 4 saw us on the move up to Oban

and then after lunch we headed across towards Stirling. We found a roadside hotel that night about 25 miles short of Stirling and had a jolly night in the bar with some locals.

Day 5 was on to Stirling for the exceedingly long talk and tour which had us there until 2pm
That put pay to our initial plan to call in to see my sister's training college at Alnwick castle on our way south, so instead we headed straight down to the Yorkshire Dales where we stayed in a very classical hotel on the road west out of Hawes. A converted mansion we have never forgotten the huge open staircase which led up to a gallery around the top of the main reception and bar area. A tremendous feeling of power over all you surveyed as you took the first step down from the gallery!

Day 6 was a pleasant drive down through the peak district to Bath where we stayed for two nights while I took her round Bath Uni in my failed attempt to pursuade her to add it to her list. Day 8 and we headed down to Exeter stopping overnight in the student accomodation before the tour. It was love at first sight for her and I knew straight away that the only benefit from our tour of Scotland would be our memories and the few photos which she had taken.

So it came to pass that in September I drove her down to Exeter to begin her Uni education and she has never lived in Watford since that day!! But that's another story for another day.

Thanks for sharing that tale Mick....pleased the visit to Dunbartonshire on our humble forum teased it out

Spotted this sign with proper hands for the direction. Bit of a reproduction, in the village of Huntershill in the east bit of Dunbartonshire. Yes an original wouldn't have the effigy of the Thomas Muir Coffee House on top!

Reading round that "Thomas Muir" has quite a story to his name. Don't think Hollywood has caught on to it yet, or approached Mel Gibson to take the role of Thomas https://en.wikipedia.org/wiki/Thomas_Mu ... untershill

I thought Michael did one of his programmes kicking off at Helensburgh and he did. Now that Dunbartonshire is in the spotlight maybe a rewatch for today. He usually picks out something of interest on his travels. Available on the BBC Iplayer today

He explores the Highland Boundary Fault line between Highland and Lowland regions passing near Helensburgh as well as the grid layout of the "250 year old" New town of Helensburgh. Up the West Highland Line but stepping out at Garelochhead/Faslane in our historic Dunbartonshire but now within Argyll and Bute.

It would appear that I have been guilty of some innocent mispelling of Dunbartonshire. The flag site referenced earlier clearly used an 'M' for the county, which I believe is where I picked it from. It seems odd to me that the town is spelt with an 'M' while the county uses the 'N' as is clear from various entries around the web. So here is the skyline view of Dumbarton to be found in Dunbartonshire!!

Edit: In fact reading the flag site again they do in fact spell it both ways during the page!!
Top

Interesting tale about a chap who worked in Bowling shipyard, West Dunbartonshire, and tried to trace his mates:

I havent looked up your shipyard story yet Mick, but straightaway it reminded me of another interesting tale Denny of Dumbarton which I came across and posted up on the Forum. I think when I click your link a fair chance that Denny's will get a mention....edit....not this time so an unrelated shipyard tale...


NewcastleFalcon wrote: ↑
13 Aug 2020, 14:50
Granted limited interest, no sound, 25 minutes long, but I found plenty of interest in this film....by Quentin Wilson....er there must be 2 or this was filmed in 1963 by a very proficient 6 year old. It does tell a story. The Denny Shipyard of Dumbarton who built the original Cutty Sark, took on hovercraft in the early 1960's which may have contributed to its subsequent liquidation.

"An amateur record of hovercraft production at Denny Hovercraft Ltd. at William Denny & Bros. Leven shipyard, Dumbarton. Focussing mainly on the Denny D2 hoverbus, it details the maiden voyage sailing from Dumbarton to Oban, to Inverness, and down the east coast to the River Thames, London where it is seen operating sightseeing tours. The last section of the film concerns the liquidation of William Denny & Bros. Ltd.

Time for an elephant logo


NewcastleFalcon wrote: ↑
13 Aug 2020, 09:51
...
When I put Whitby Hovercraft into the net this image was first up. Interesting in its own right but made by Denny in Dumbarton who themselves have an interesting logo, derived from Dumbarton's coat of arms.

CitroJim wrote: I stayed in the Cock Hotel on my very first visit to these parts when I was just 15 and attending my first interview for the job I still do to this day... I forgot an alarm clock and had to buy a wind-up Westclox from the jewellers across the road...

That was my first solo trip on the train from Yeovil Junction to Wolverton via the Northern Line! It was a heck of an adventure

Genuine magic of randomness there, love it! Here's a Westclox travel alarm, which is what I imagine you would have bought!

I hope it had luminous hands!

NewcastleFalcon wrote: ↑
29 Apr 2022, 12:50
I wonder what Jim's little travel alarm clock has to do with Dumbarton and Dunbartonshire

Methinks it's something to do with this:

NewcastleFalcon wrote: ↑
29 Apr 2022, 12:50
I wonder what Jim's little travel alarm clock has to do with Dumbarton and Dunbartonshire

Methinks it's something to do with this:

Now if anyone viewing this can come up with an original picture of a Westclox, travel alarm/ big or baby ben alarm clock then at least 100 points will be well deserved

99 for taking the trouble to find one, and 1 for the picture