Another claim to fame for Pembrokeshire is that it contains Britain's smallest city, St Davids named after the patron saint of Wales. There is an arguement that the City of London is smaller if you look at boundary walls but St Davids is smallest by population. Here is the wonderful cathedral that originally qualified the city status:

This featured on Country file a while ago

They have a place down at Solva on the Pembrokeshire Coast. Looks great. 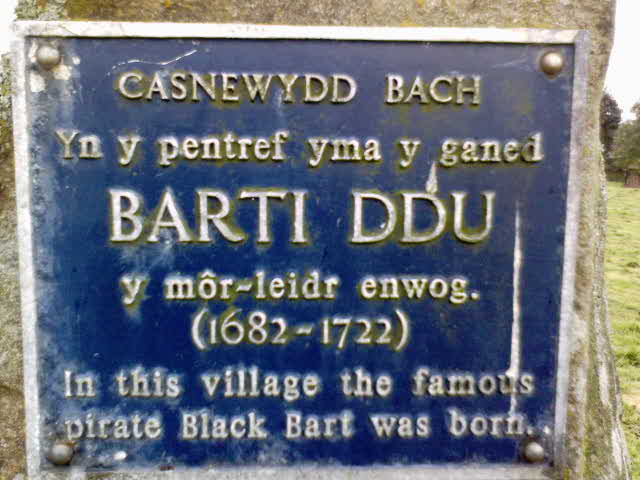 ..and what's on the Green at Casnewydd Bach

A bit of a diversion from the county but you steam train pictures reminded me of this.
http://www.penmorfa.com/Barry
Top

Worthy of a posting on the All Our Yesterdays thread I'd say Gibbo!!

Re: Pembrokeshire in the spotlight

Glamorgan and Barry Scrapyard will get its random turn, but for now its up to Scotland again

Ross-shire in the spotlight

I think wiki provides us with the extents and limits of the historic County of Ross-shire. Lists the places and settlements, and includes the Island of Lewis and stretches East Coast to West Coast across Scotland with its admin HQ being in Dingwall on the East Coast.

Pleased to see that Gairloch which we spent a holiday at in the early 1970's is included.

So as discussed on the All our Yesterdays thread, gives me the chance to dig out one of those inexplicable things which have escaped throwing out.

I present a scorecard from Gairloch Golf Club from 1972 ish.

Had the magic lantern out, and photographed the screen for a few snaps from Ross-Shire July 1972.

fishing, about 100 yards from where we were staying Melvaig north of Gairloch

...and a Land Crab to take us there

...not forgetting the tartan travel rug

"The Inchindown oil tanks is a disused underground oil depot in Invergordon, Ross-shire, Scotland. The tanks hold the record for the longest reverberation in any man-made structure, surpassing the Hamilton Mausoleum in 2014"

Ross-shire in the spotlight

Excellent, choose one of the many vids on youtube for the experience. There is a documentary which lasts one and a half hours, but this was the first one that popped up with a less attention span challenging 3 minutes or so, and I've cut out the starting waffle.

There could be better examples but gives you some idea.

Bit of slow boatage linking West Ross-shire with one of its detached bits the Isle of Lewis across the Minch.

Swapping from side to side in the historic county of Ross-shire back on the East coast again on the bit known as the Black Isle. The UK's best dolphin spotting spot, close to the shore.

..and the top thing to do....go and see the Moray Firth Bottlenose Dolphins, biggest in the World apparently-carry a bit of blubber for the cold waters. Just as the tide is turning after a low tide is the best time, and Chanonry Point on the Black Isle is the best point, and the dolphins come very close just a matter of metres from the shore.

So for a very duff but genuinely original video of an "in the wild" spot of one of the most magnificent creatures on the planet this is it. I have to say we were really rewarded the first night with about 4 or 5 dolphins really close to the shore leaping fully out of the water, but my photography/video skills missed the action!


On 4 January 1963, 19 people in Dingwall turned up at a gig by a four-piece band from Liverpool, while a crowd of 1,200 watched a local band down the road. They missed The Beatles.

One of Ross-shire's most iconic and photogenic castles and no stranger to the silver screen and well as the goggle box.
Of course Season 1 Episode 1 of a certain TV Series entitled "The Eagle's Nest" was probably its finest hour so far.

Gruinard Island - worth a read

".......is a small, oval-shaped Scottish island approximately 2 kilometres long by 1 km wide, located in Gruinard Bay, about halfway between Gairloch and Ullapool. At its closest point to the mainland, it is about 1 km offshore. The island was dangerous for all mammals after experiments with the anthrax bacterium in 1942, until it was decontaminated in the late 20th century.

In 1942, during the Second World War, a biological warfare test was carried out on Gruinard by British military scientists from the Biology Department of Porton Down. The British government was investigating the feasibility of a bioweapons attack using anthrax. It was recognised that tests would cause long-lasting contamination of the immediate area by anthrax spores, so a remote and uninhabited island was required. Gruinard was surveyed, deemed suitable, and requisitioned from its owners by the British government. Porton Down meteorologist Sir Oliver Graham Sutton was put in charge of a fifty-man team to conduct the trial, with David Henderson in charge of the germ bomb. Biology Department head Paul Fildes made frequent visits.

The anthrax strain chosen was a highly virulent type called "Vollum 14578", named after R. L. Vollum, Professor of Bacteriology at the University of Oxford, who supplied it. Eighty sheep were taken to the island and bombs filled with anthrax spores were exploded close to where selected groups were tethered. The sheep became infected with anthrax and began to die within days of exposure.

Some of the experiments were recorded on 16 mm colour movie film, which was declassified in 1997. One sequence shows the detonation of an anthrax bomb fixed at the end of a tall pole supported with guy ropes. After the bomb explodes, a brownish aerosol cloud drifts away towards the target animals. A later sequence shows anthrax-infected sheep carcasses being burned in incinerators at the end of the experiment.

After the tests were completed, scientists concluded that a large release of anthrax spores would thoroughly pollute German cities, rendering them uninhabitable for decades afterwards. Those conclusions were supported by the inability to decontaminate the island after the experiment—the spores were sufficiently durable to resist any efforts at decontamination.

In 1945, when the island's owner sought its return, the Ministry of Supply recognised that the island was contaminated, and so could not be de-requisitioned until it was deemed safe. In 1946, the government agreed to acquire the island and to take responsibility for it. The owner or her heirs would be able to repurchase the island for £500 when it was declared "fit for habitation by man and beast".

For many years, it was judged too hazardous and expensive to decontaminate the island sufficiently to allow public access, and Gruinard Island was quarantined indefinitely. Visits to the island were prohibited, except for periodic checks by Porton Down personnel to determine the level of contamination.

Starting in 1986 a determined effort was made to decontaminate the island: 280 tonnes of formaldehyde solution diluted in sea water was sprayed over all 196 hectares of the island and the worst-contaminated topsoil around the dispersal site was removed. A flock of sheep was then placed on the island and remained healthy.

On 24 April 1990, after 48 years of quarantine and four years after the solution was applied, junior defence minister Michael Neubert visited the island and announced its safety by removing the warning signs. On 1 May 1990, the island was repurchased by the heirs of the original owner for the original sale price of £500. There was some confusion in which members of the public did not know it was only being resold to the original owners and people from around the world sent letters to the British government asking to purchase the island for £500." 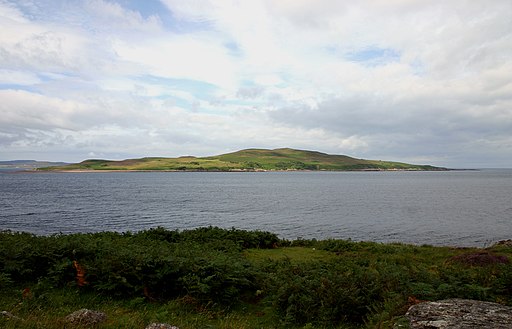