I suspect my turbo system might be "lagging" - attached are screenshots from a live data session i recorded today - can anyone make sense of it ?

There are some 20-30 values I can record it these do not suffice...

Blessings from the Holly Land...

Use the full post editor, select attachments and then browse to where the pictures are located, select and then use the 'Place' button to position the pictures within your post.
Top

I suspect my turbo system might be "lagging" - attached are screenshots from a live data session i recorded today - can anyone make sense of it ?

There are some 20-30 values I can record it these do not suffice...

Blessings from the Holly Land...

now ? (i can see them now and before as well)
Top

I can see the graphs.

It does not look like you have any significant boost, the yellow line is more or less flat. Can you see the wastegate actuator rod moving as the engine is revved? Maybe you should check the vacuum on the wastegate control pipe?
Top

Thx, don't know where to look for what you have indicated....is it supposed to be visible?
Top

I looked it up, i think mine is basically the same as the one on video, i will check..thx

So.... I replaced the boost sensor and i guess the difference can be seen on the pics (and the ride also feels better).

However i am not sure if this is "it", Don't know the reference values

The new graphs still look wrong. The reference pressure (yellow line) is the pressure that the ECU wants to see out of the turbo, which is between 1000 and 1500 mBar (normal). The black line is the signal to the wategate control valve, which is topping out trying to give maximum boost. The blue line is the actual measured boost which is sitting around 1000 to 1200 mBar, and nothing like the shape of the yellow line. Where the blue line does peak a little is probably where the throttle is closed with the engine revving and the airflow to the manifold is shut off.

The video you have linked is for a diesel engine, but the principal is similar. You can see the vacuum hose to the wastegate actuator here:

You can see here (under the turbo) the control rod that goes from the actuator to the wastegate itself: 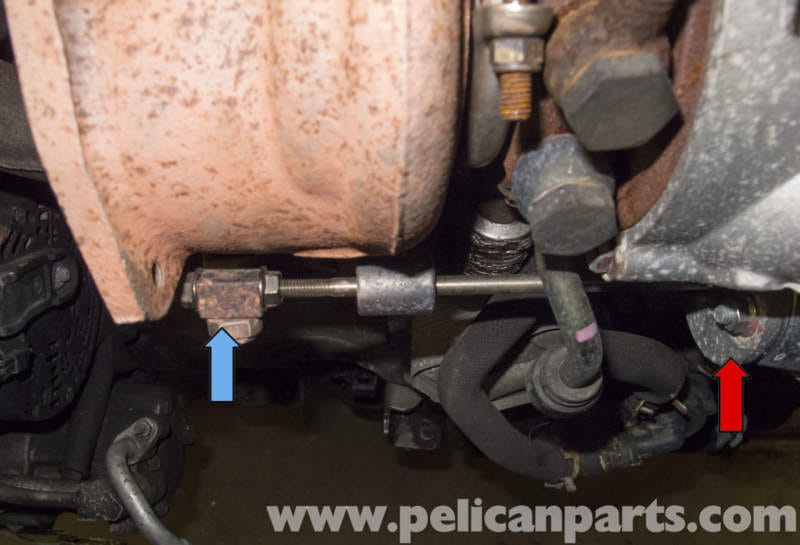 With the engine cold (so you don't burn yourself) you should be able to feel the rod moving when the throttle is blipped.

I am surprised that you are not getting fault codes for under-boost.
Top

So if the rod is moving what else could be wrong and treatable..except for the turbo itself failing ?
Top

If the rod is moving, then it could be a faulty wastegate valve (which can be repaired), or a faulty dump valve ( the black thing with wires on the end of the turbo). If you google for mini N14 (the same engine), you will find a lot more results, but of course the engine is packed differently into the engine bay and uses different diagnostic tools.
Top

The actuator (dump valve) looks fine and is fairly new, he is always my no 1 suspect in cases like this.., i'll try to look at the wastegate

Looking at the graphs...it seems as if that the yellow/purple and the blak/blue combination have "switched" places after i replaced the sensor. Previously yellow/purple were fairly flat and black/blue were "all over the place" - can we deduce something from this..?
Top

Nothing has changed, except the scan tool has chosen different colours for each measurement. Look at the labels.
Top
Messages: 14 • Page 1 of 1