A to Z of Cars

Second of my proposed 3 double-U's today.

2017 Last time I spotted one of these. Yet another gorgeous shape in my humble. Wonder which car giant has accumulated the NSU brand and its drawings for it, they could do worse than dust them off and bring out a retro electric version.

So as the picture states, the feeble reason for putting it in the "W"'s comfortably passes the no rules/no refereeing threshold for the thread

One of my dad's workmates had one.
The only thing I recall is that it turned to rust in no time flat.
Top

NewcastleFalcon wrote: ↑
23 Apr 2021, 17:14
Wonder which car giant has accumulated the NSU brand and its drawings for it, they could do worse than dust them off and bring out a retro electric version.

Unsurprisingly is Volkswagen Group, and its Audi wing...

the company was taken over by Volkswagenwerk AG, which merged NSU with Auto Union, the owners of the Audi brand which Volkswagen had acquired five years earlier. The new company was called Audi NSU Auto Union AG and represented the effective end of the NSU marque with all future production to bear the Audi badge (although retaining the four interlocking circles of Auto Union). The management of the new combine was initially based at the Neckarsulm plant, however when the small rear-engined NSU models (Prinz 4, 1000, 1200) were phased out in 1973, the Ro 80 was the last car still in production carrying the NSU badge. Audi never made use of the brand name NSU again after April 1977, when the last Ro 80 was sold.[11] In 1985, the company name was shortened to Audi AG and management moved back to Audi's headquarters in Ingolstadt.

So onto my third "W" to complete the www.

Has to be the one that got away and probably the closest I came to buying a new car. Of course still with my bargain basement head on even then, and it was a bit of a shot to nothing as well.

It was in the days of the "personal import" in the early 1980's. New cars on the continent were considerably cheaper than new cars in the UK so I did a bit of research, compiled a file, corresponded with a Belgian Dealer (by letter of course). All pre-internet, so I got the names addresses of a few Belgian Dealers from a visit to the library. As well as having in the reference section all the UK telephone Directories/Yellow Pages, they had them for other countries too. The dealer I plumped for and got responses from was called Descheemaeker . I always like a good name! Not really that it fell through, just another car that I had always fancied came up in an advert in the Evening Chronicle. Thursday's Chronicle was THE place for private sale cars in those days pre ebay, pre gumtree, pre autotrader, although exchange and mart was going strong. So I dropped interest in the XR2 and became the owner of a Lancia Beta Coupe from Alnwick and no doubt dubbed as a time waster by the Descheemaekers of Brugge to this day

and the car a Ford XR2 which had newly come out in Diamond white sporting some nice pepperpots!

Otherwise known as Kalmar Tjorven. Somewhat disingenuous although they were built in Kalmar.
The vehicle has an interesting antecedent.

The snickare* at my workplace at the time had one so he was always known as Tjorven, I thought that it was his name.

* joiner; his name was Karl Johansson.
I worked with his daughter but wasn't aware that she was for about a year.
She is Marie Espeus (adopted name) and became a Vogue photographer and has her own gallery in Spain now.
Top

I learned to drive in an Austin A40 van, I briefly had an Austin A70 which I didn't like much, finally an Austin A55 Farina diesel which my wife drove.

Producing a tiny amount of honey!

Saw this a few days ago:

The beekeeper forgot to put the rack in and the bees built their own 'combs' with elaborate airflow channels.
Top

How about Bedford. This is our Bedford minibus used to transport TV's as when we started colour we could only get about two in the Morris 1000 van. We later had a CF for our aerial rigger who also did collection's and deliveries for us.


That will do nicely Peter and I know for a fact that a "C" should be easy enough to drag up for you.
You could chose one of you favourite French cars, or indeed one of Luton's finest.

Y for me today, so with the the lack of rules anything with a "Y" in it somewhere is going to be my selection.

The first ToYota I took any notice of

Triple Y here A BentleY Y-Reg, and a rather fetching Paint job including Yellow. 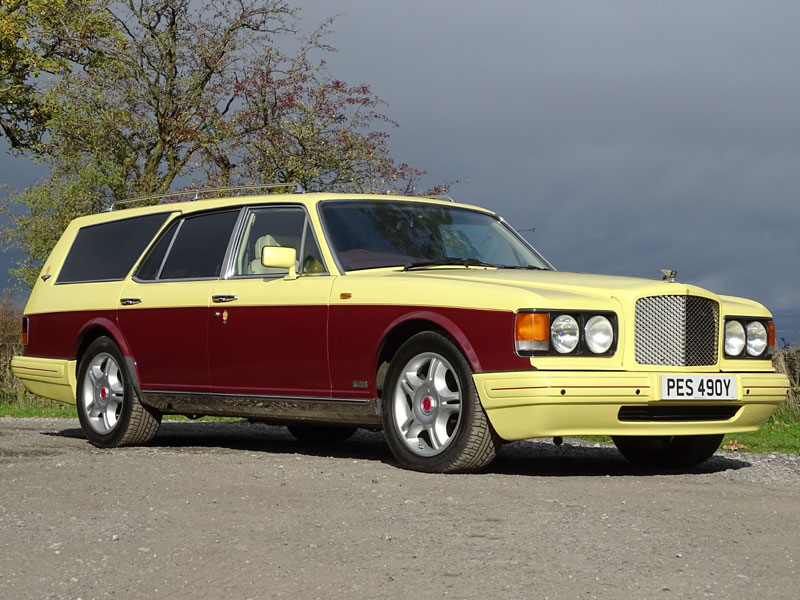 I think that's enough barrel scraping to cover my Y's

Despite there being no rules Neil, I have to say I'm disappointed in you for that monumental tribute to feebleness!!!

There is at least one current car model that begins with a "Y", and I know someone who has one, and there are two manufacturers listed that I have never heard of!! So Rules or No Rules I feel it is my duty, on behalf of the other contributers, to suggest you can do better than cars with "Y"s somewhere in their names!!!

No can do Threadstarters Privilege

You are justified in that decision Neil because on a little checking I have just discovered that the model I was referring to was in fact discontinued in 2017 so my stipulation was false! But in order to tidy it up here is an image of the said vehicle which I will include as a suffix to my also no longer produced Yugo!! (The clue is in the paintwork!):