The press release is a bit long-winded, but it is an announcement of the change that is sweeping through the Automotive industry in general, and a case of trying not to fall behind the competition from not only TESLA and long-established traditional car companies like VW, but also the emerged and emerging companies from Korea, China, Vietnam and maybe even Japan if they wake up from their slumbers.

"Amazon and Stellantis will collaborate to deliver software for STLA SmartCockpit, which will run in millions of Stellantis vehicles globally starting in 2024."

"...through this relationship, which involves Amazon Devices, Amazon Web Services (AWS), and Amazon Last Mile. Stellantis and Amazon will collaborate to deploy Amazon’s technology and software expertise across Stellantis’ organization, including vehicle development, building connected in-vehicle experiences, and training the next generation of automotive software engineers. Together, the two companies will create a suite of software-based products and services that seamlessly integrate with customers’ digital lives and add value over time through regular over-the-air (OTA) software updates."

God help us all that Amazon have any more involvement in our lives - I don't like the integration aspect one bit - it's a way of waving goodbye to any privacy you thought you had. So for those with Alexa devices in their home where they already listen in to everything you say, know what you order, where you want to go - they'll now extend this to the car and I bet before long they will take you to 'recommended' shops based on your Alexa interaction!

It's all going wrong, trying to take away independent choice and decision making from you. Not for me. As long as it has some HAL9000 circuits that can be pulled at the earliest.....
Top

So a bit off yet, but heading back a couple of years to the Geneva Motor Show the Centoventi Concept on which it is reported to be based was quite an interesting vehicle. More a design it yourself, chose which bits suit you from number of seats to roof panels, and even vinyl wrap it in any colour, design, pattern, picture you choose, they will take your design and produce the vinyls to the specification of the panels on the car.

Whether all that makes it through to the car is another matter, but it does add a little quirkyness and interest to the offering.

Best watched with the sound off!

So how are Stellantis doing?

Surprisingly in percentage terms Stellantis (STLA) stock rose by 60% in 2021. Testa (TSLA) stock over the same period rose by 27%. Vastly different overall values for the two companies, but signs that Stellantis may be doing something right.

Electrek are doing a bit of a feature on Stellantis first on the US brands, and moving on to Italian and maybe other brands.

In a piece about Stellantis in 2022, the picture they dig up first in the Article is the Citroen DS, Numéro 9, Concept showcased at the Beijing Motor Show in 2012. Does look good, background very similar to this Vid.

Its an old story (July 2021) but an encouraging one. Stellantis to build electric Delivery Vans in the UK at Ellesmere Port to be precise. 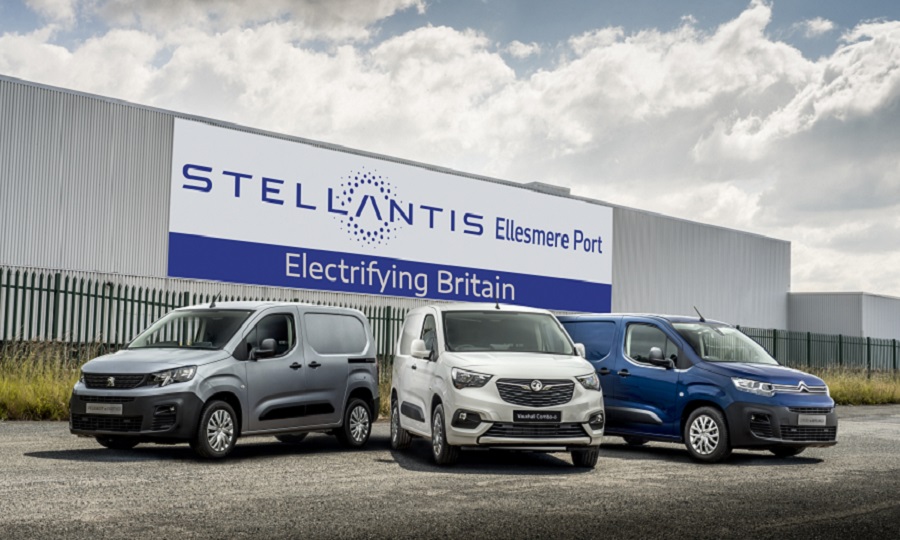 A number of powerful UK businesses has launched the ‘EVzero’ initiative to increase charging infrastructure across the country in the UK. Tesco, NatWest, LeasePlan UK, Defra and The Environment Agency have taken the lead and say they will act as an “action group”. Decent pool of customers for "British Built" Electric vans. Who knows NIssan may even wake up, join-in and start making their new Commercial Electric Vehicles at Sunderland.

They might have to buy a few EU built vans before Ellesmere port and hopefully others expand the commercial vehicle production in the UK. Ford's exodus from the UK manufacturing scene will hopefully exclude their former "backbone of Britain", the humble Transit, from those fleet managers shopping lists.

Bit of Stellantis news, and their Citroen Brand in the UK.

I laugh at the language used, and the odd focus of current styling...


The updated model features a redesigned front end with a sharper, more aggressive look than before.

Thank goodness for the design team they have solved the greatest design problems of the automobile. I have been motoring for decades now with an inadequate infotainment screen, and a largely passive front end. 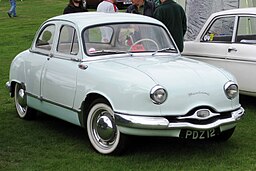 That is definitely as ugly as a lot of the more modern competition.
Top

Stellantis have recently presented some strong financial results for 2021.

In spite of its disparate collection of marques, it turns out Carlos is quite pleased with the record results.


“Today’s record results prove that Stellantis is well positioned to deliver strong performance, even in the most uncertain market environments. I warmly thank all Stellantis employees across our regions, brands and functions for their contribution to building our new company powered by its diversity. I take this opportunity to also thank the management team for their relentless efforts as we faced and overcame intense headwinds. Together, we are focused on executing our plans as we race to become a sustainable mobility tech company.”

Part of the plans announced with the financial results include taking FIAT to an all BEV brand in Europe by 2027.

The last 2 really aren't electric vehicles at all, they can travel negligible distance on electric power, and all of that is derived from petrol/diesel the only source of power, some of which is used to charge the small battery.

Have to say, I am almost raising my hat to Carlos Tavares at Stellantis, in spite of his early whingeing about electrification, and a difficult job to manage a large collection of brands and national loyalties, Stellantis recently announced strong financial results, and its "Dare Forward 2030" strategic plan is targeting 100% of sales in Europe and 50% of sales in the United States to be BEVs by the end of the decade, equating to annual BEV sales of five million vehicles by 2030.

Carlos does like a whinge I feel, and is concerned at the costs of electrification, but plans to tackle that with productivity increases over the next decade. As VW CEO Herbert Deiss observed and got into a bit of hassle for for stating the obvious...if a Tesla factory on your doorstep is 3 times as productive as your current manufacturing, you have to up your game to compete. Yes cut costs. Whether Tavares will face a similar backlash with his increasing productivity plans remains to be seen.

Its long but it is from the official press conference,

Just in case, Stellantis are still dabbling, so the CEO of Opel Uwe Hochgeschurtz has been given an additional role of seeing to all things hydrogen for the group, but has previously repeatedly rejected fuel cells in private cars.