The more indistinct lettering I think reads something like


Any ideas. Are they definitely old Gas Lamp Columns?

This brings back memories of night fishing with a Tilley lamp for illumination and holidays in caravans with gas lighting...

The first touring 'van we had when our kids were little still had one gas lamp... Not only did it give a lovely light but it was a source of warmth on a chilly evening... Two for the price of one!

Which has led me off on a brief tangent to the delights of Thorium dioxide as used in gas mantles. I can remember you used to be able to get replacement mantles at your local hardware store. Wonder what reaction you'd get if you asked for one in B&Q nowadays ?

"An incandescent gas mantle, gas mantle or Welsbach mantle is a device for generating bright white light when heated by a flame. The name refers to its original heat source in gas lights, which filled the streets of Europe and North America in the late 19th century, mantle referring to the way it hangs like a cloak above the flame. Today it is still used in portable camping lanterns, pressure lanterns and some oil lamps.

Gas mantles are usually sold as fabric items, which, because of impregnation with metal nitrates, burns away to leave a rigid but fragile mesh of metal oxides when heated during initial use; these metal oxides produce light from the heat of the flame whenever used. Thorium dioxide was commonly a major component; being radioactive, it has led to concerns about the safety of those involved in manufacturing mantles. Normal use, however, poses minimal health risk."
https://en.wikipedia.org/wiki/Gas_mantle

"Another major use in the past was in gas mantle of lanterns developed by Carl Auer von Welsbach in 1890, which are composed of 99 percent ThO2 and 1% cerium(IV) oxide. Even as late as the 1980s it was estimated that about half of all ThO2 produced (several hundred tonnes per year) was used for this purpose. Some mantles still use thorium, but yttrium oxide (or sometimes zirconium oxide) is used increasingly as a replacement."
https://en.wikipedia.org/wiki/Thorium_dioxide
Top

The more indistinct lettering I think reads something like


Any ideas. Are they definitely old Gas Lamp Columns?

"JE Webb addressed a number of problems of the lamps with further patents. His patent GB189408193,[2] approved 2-March-1895, stated:
It has also been found that when the gases are drawn out from the sewer by the burning of ordinary gas a sudden flushing of the sewer might prevent any sewer gas from escaping, and thus momentarily cause the gas jets to be extinguished.
In order to solve this problem the patent specifies an arrangement of burners, air supply and heat reflection designed to produce an intense heat at the point of combustion. (Webb suggests 600 to 800 °F (316 to 427 °C)). "

So what's so important about this sewer destructor lamp outside number 69 Stewart Road, Sheffield ?

"The sewer gas lamp on Stewart Road, Sheffield, of 1924 is listed at Grade II for the following principal reasons: * Rarity: although gas lamps were once common features of our street scenes they are increasingly rare and those combined with sewer vents are rarer still; * Technological: the lamp illustrates a technology which transformed everyday existence, and its contribution to the public realm was considerable; * Intactness: the lamp is intact and in working order; * Design quality: notwithstanding its humble nature, this is an attractive gas lamp with a fluted, cast-iron column with bulged foot, projecting ladder rests, conical lantern with four curved glass panels, and a cast-iron domed cap with crescent finial; * Group value: the lamp is part of a series of nineteen listed gas sewer lamps in Sheffield, installed to vent the sewer pipes in the hilly terrain, and has a functional group value with them."

"............and were usually lit by three mantles, which were rarely extinguished. The burning mantles created an intense heat within the hood, leading to an updraught which drew the gases from the sewer through a copper tube inside the column. It was then harmlessly burnt off, converting the methane to carbon dioxide before being released into the atmosphere. One lamp was capable of venting an area of up to three-quarters of a mile of sewer."


There are more of them around than I thought....That picture (post or two ago) is of Seaton Delaval just up the road! and here's one at the Spanish City Whitley Bay

A piece I found out about them was this...and having just read through it it is undoubtedly the Mutts Nuts, and even features the very lamps I photographed today. Well-researched and written and excellent pictures to boot. 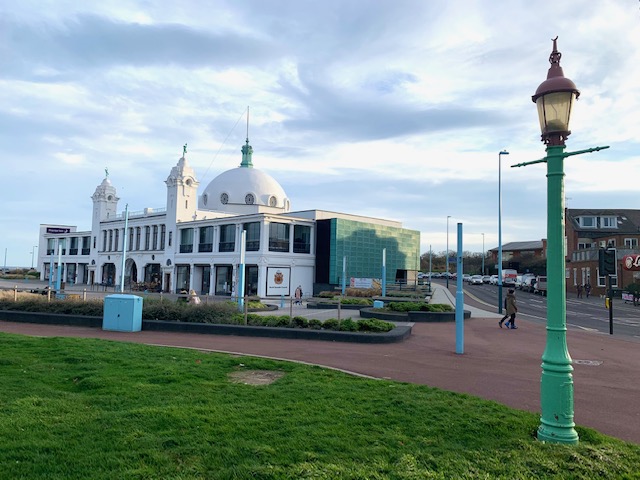 They were nicknamed ‘fart lamps’ in Edwardian times and caused quite a stink in their day. Today they’re easily mistaken for old-fashioned lamp posts. They may be disguised as street lighting but they’re actually gas sewer ventilation lamps. They were designed to relieve the foul smelling fumes from a town’s sewage system. But there’s more than meets the eye to these obnoxious lamp stands.


Can I start a new urban myth ? A sewer gas destructor lamp was the inspiration for Morrissey's "There Is a Light That Never Goes Out"

Patent extract:
'The object of the invention is to extract the obnoxious gases and vapour collected or generated from a sewer and at the same time to effectually destroy all germs and noxious qualities prior to their passing into the atmosphere. For this purpose I propose to utilise ordinary lighting gas which may at the same time be used for street or other lighting purposes'

Sent the bit about the one in Seaton Delaval to my daughter - she works there but probably knows nothing about it.
Top

If only I'd known about them when Mick and Bob came up to Whitley Bay on their September Stroll. I could have created a little tour for them around the 10 refurbished ones out of 17 originals in Whitley bay! 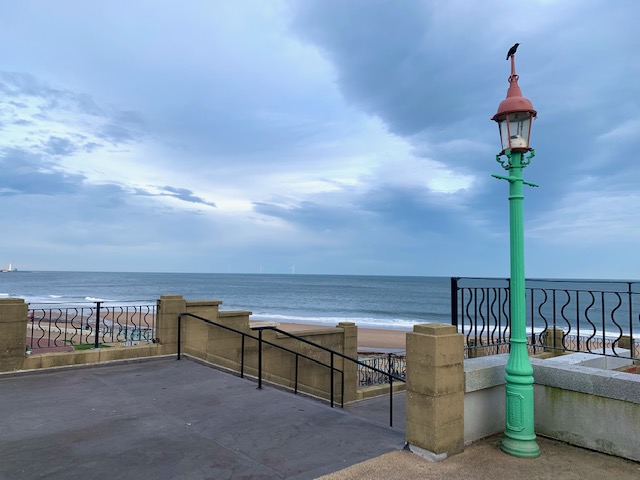 Seventeen lamps were installed in Whitley Bay and Monkseaton between 1900-1910. It’s remarkable that 10 of the lamps still survive today.

Conservation work began in the 1970s when the council bought up spare parts from the Webb works which was going out of production. The surviving lamps were refurbished to their full glory.

NewcastleFalcon wrote: ↑
22 Dec 2020, 20:07
If only I'd known about them when Mick and Bob came up to Whitley Bay on their September Stroll. I could have created a little tour for them around the 10 refurbished ones out of 17 originals in Whitley bay!

Seventeen lamps were installed in Whitley Bay and Monkseaton between 1900-1910. It’s remarkable that 10 of the lamps still survive today.

Conservation work began in the 1970s when the council bought up spare parts from the Webb works which was going out of production. The surviving lamps were refurbished to their full glory.

How very remiss of you Neil!!

That's amazing! A quick comment about gas street lights led to one of the most interesting topics in this thread ever! Awesome, I'm loving it

Who'd have thought old farts talking about old farts could be so interesting ?

Contender for Trivia Investigation Team "comment of the year"!

Daughter went to investigate and the one in Seaton Delval is still there. I wonder if any are still in use or what the alternative is?
Top
Messages: 325