You do realise, that by buying that bacon roll, you've doubled their profits for that flight.... or should that be - halved their losses

However I was a little concerned when my bacon roll arrived and I wonder if anyone on here knows what an Artis is?

Or a troll that lives in an Artesian well?
Which I haven't thought about since I was in school.
Top

If you have time, and are in the Brighton and Hove area, you might want to take a look at the Engineerium Steam Museum;

while if you are in the area of Tenterdon and Rolvenden the Kent and East Sussex Railway might be worth a look (Tenterden is the main station, while Rolvenden is the main yard). It goes all the way to Bodiam;

My trains to Wiltshire were the same when I travelled down to collect Daffodil...

Tumbleweeds blowing up and down the aisles and the same in both Euston and Paddington Stations!

Have a great time in Spain Mick

It was the same story on the ferry home, passengers were divided into four colour coded groups and invited to the dining places at 30 minute intervals. As it turned out there were so few people that they called two groups at a time and even then there were only 7 diners in the 400ish seat cafe where I had my dinner. Now at home I have 14 days isolation and then 3 days before we leave on the tour..

However one thing of concern was the huge oily cloud we were emitting all the way. This picture has the cloud encircled, although you may find you have to tilt the screen to show it properly:

I have decided to send that picture to Brittany Ferries and ask for their explanation!

Haven't heard that phrase for a while, sure we used to use it for loose change. 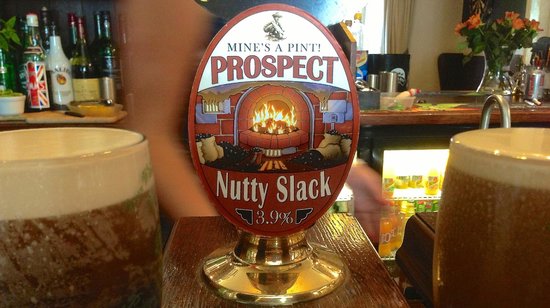 Yes i knew that Steve, but many coal mining phrases sink into the dialect for different things.

I should be able to do Chichester that day..
Top

Hansard from February 1953 goes into delightful detail about Nutty Slack.......

Mr. Lloyd
The calorific value of this coal is about the same as that of the lower quality house coal groups. Over a million tons are available and about 170,000 tons have been sold so far. I hope that unrestricted fuels will be offered in the future.

Mr. Nabarro
Is my right hon. Friend aware that there are two major complaints about this ration-free material? The first is that distribution is very inconsistent and many areas received none at all, and the second is that, in general, the material comprises much too much slack, dust and dirt and far too few nuts. Will he try to improve the quality of this fuel and give the householder reasonable value for his money?

Mr. Lloyd
It is unfortunate that in some districts some rather bad qualities of this type of coal were distributed in the first instance, but I understand that that has now been put right.

34. Mr. Hamilton asked the Minister of Fuel and Power what steps he proposes to take to reduce the price of nutty slack, in view of its extremely poor burning qualities.

Mr. Geoffrey Lloyd
Nutty slack is already cheaper than any of the usual house coals.

Mr. Hamilton
Is the Minister aware that to charge more than 5s. a cwt. for this rubbish is bare-faced robbery? Can he indicate the co-relation between the derationing of this nutty slack and the increase in fogs in the London area?

Mr. Lloyd
I am myself a user of nutty slack, and in my opinion it is useful, particularly in this cold weather, to eke out supplies of ordinary coal.

Sir H. Williams
On a point of order. As I understand, the Minister does not fix the price of nutty slack. If that is so, may I ask why this Question has been admitted to the Order Paper?

Mr. Speaker
It asked what steps the Minister would take. If the answer is "None," it is still an answer.

Mr. J. T. Price
Further to that point of order. In view of previous Rulings on the admissibility of Questions on the nationalised industries to the Order Paper, could you indicate to the House, Mr. Speaker, in what way Question No. 34 and other Questions differ from those which have previously been refused?

Mr. Speaker
This Question refers to the general question of prices all over the country. The sort of Questions which the Ministers do not answer are particular instances covered by the day-to-day running of the industry.

Sir I. Fraser
Whether the price be high or low, is it not mainly conditioned by the wages which are paid, and might we not rejoice if those wages are good?

I should be able to do Chichester that day..

Excellent news Mike, all we need now is a venue so I can book a table for say 13.00 hours? and can you make it bobins?

How about this place for lunch Mike?
http://gribbleinn.co.uk/wp-content/uplo ... ribble.pdf
Top

I have had confirmation from Ken's brother that he should be able to join us for lunch in Devizes and he knows and approves of Morrison's cafe there! Shall we firm up on that venue and say 13.00 hours?